The “Scorecard Killer” Did Just What His Nickname Suggests

Randy Steven Kraft was convicted of 16 murders, although the real number could be over 60. But who's keeping score? 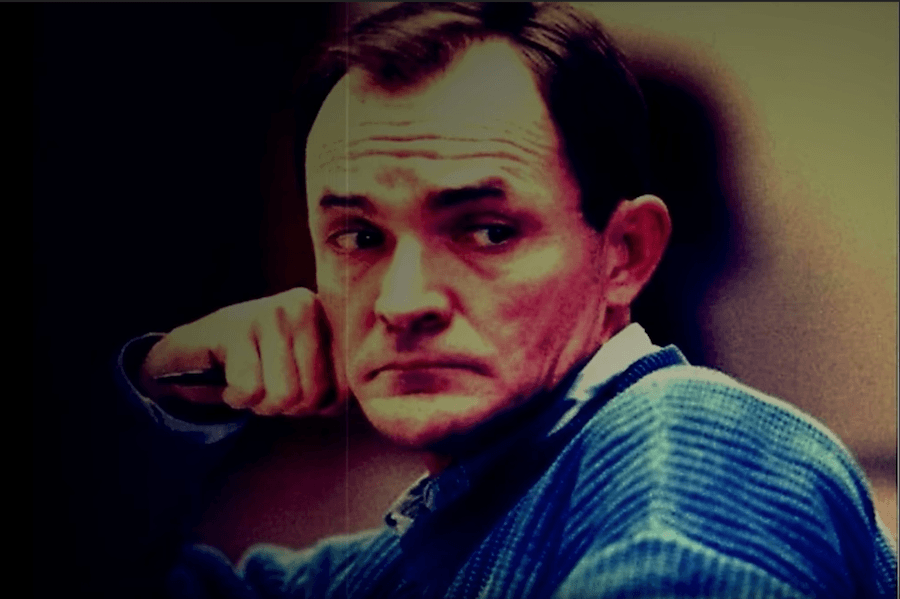 Randy Steven Kraft has a few nicknames, including the “Freeway Killer” and the “Southern California Strangler.” But the “Scorecard Killer” was his most unique nickname. It was also the one that described him best.

Kraft is a convicted serial killer who murdered at least 16 young men between 1972 and 1983. He mostly killed his victims via strangulation or suffocation, but often drugged them with pills and alcohol first, which sometimes led to fatal overdoses. Kraft also had a peculiar habit: he kept a cryptic “scorecard” of his victims, using initials and abbreviations to list each one. Like bingo for psychopaths.

Victim Edward Daniel Moore was listed as “EDM.” While “MC HB Tattoo” was most likely describing a Marine from Huntington Beach with a large tattoo. Only two of his victims weren’t on the scorecard. As it turned out, Kraft’s sick game contributed to his own undoing. If he hadn’t kept the scorecard, it’s likely some of the victims wouldn’t have been tied to him.

Randy Steven Kraft was born in 1945 in Long Beach, Calif. His father was reportedly emotionally withdrawn, but his mother was an active parent, serving on the PTA at Kraft’s elementary school. Teachers noted Kraft for his intelligence, enough so that in junior high he was invited to attend accelerated classes. In high school, he founded a World Affairs Club and aspired to become a U.S senator. He knew that he was gay in high school, but kept it secret from his family and friends.

After graduating tenth in his high school class, Kraft went on to study economics at Claremont McKenna College, an all-male school. His first year he enrolled in the Reserve Officers Training Corps and also attended pro-Vietnam War rallies and supported conservative political candidates.

Kraft Joined the U.S. Air Force after graduating college, where he rose in rank to Airman First Class. The same year he was promoted, he revealed his homosexuality to his parents. While he described his mother as disapproving but understanding, his father went into a rage. Kraft also informed his superiors in the Air Force of his sexuality. In June 1969, he was discharged on grounds that were listed as “medical.”

Following his discharge, Kraft moved back to his parents’ home and began bartending. Once day he met a 13-year-old runaway named Joey Francher. Kraft told Francher that he could live with him, but once they arrived at Kraft’s home, he drugged and sexually assaulted the boy.

Francher escaped when Kraft left for work, but he didn’t tell the police about the sexual assault. Instead, he told them that Kraft had beaten him and that he had taken the pills voluntarily. The police searched Kraft’s apartment, but did so without a warrant so no charges where filed.

The murdering began in 1971. All victims were males between 13 and 35 years old, many of whom had been enlisted in the Marines.

Randy Steven Kraft’s first suspected victim was Wayne Dukette, a bartender who worked at a gay bar called the Stables. Police found the 30-year-old man’s discarded body off the Ortega Highway in California on Oct. 5, 1971. By the time Dukette was found he was decomposed enough that any potential signs of foul play couldn’t be detected. His death was ruled as alcohol poisoning.

Dukette’s murder was only linked to Kraft later on, when the scorecard was uncovered and the first entry read, “Stable.”

Starting in 1972, bodies began turning up along highways across California. They were all men and most of them had evidence of trauma or torture. Some showed signs of being bound, beaten, and bitten, while others showed signs that they had been strangled. A few had been sodomized, castrated, or otherwise dismembered. At least four victims had been found with foreign objects inserted into their bodies.

Between 1973 and 1975, there had been 14 victims all linked to the same killer. In the FBI investigation, the killer was profiled as being a person with above average intelligence who was very meticulous and organized. They also speculated that the killer had received military training. Still, they didn’t have a suspect.

In May 1975 there seemed to be a promising breakthrough when the skull of a young man named Kieth Crotwell was found near the Long Beach Marina, and two witnesses who recalled seeing a drugged Crotwell in a Ford Mustang a few months prior in the area. They were able to track down the car and then called the police with the license plate number.

The police interrogated Kraft, but he was released after lack of evidence. The coroner ruled Crotwell’s death as accidental drowning.

On May 14, 1983, Kraft was pulled over by two California Highway Patrol Officers for a lane violation. As they approached Kraft’s car, they found his pants unbuttoned. They searched his car where they found the body of 25-year-old Marine Terry Lee Gambrel. 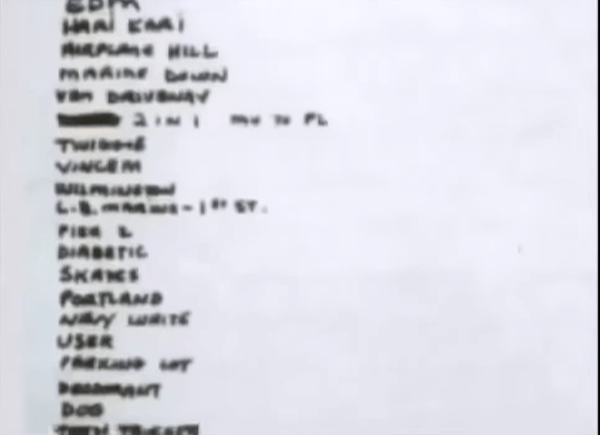 Kraft was arrested on the spot. Upon a more thorough inspection of his car, a startling amount of incriminating evidence was discovered: over 70 photos of dead or unconscious men, large amounts of drugs and alcohol, bloodstained seats. And in the trunk investigators found a coded, hand-written list.

By Sept. 10, 1983, after Kraft’s home had been searched and a multitude of witnesses had been questioned, authorities had gathered enough evidence to bring charges against Randy Steven Kraft in 16 homicides. The list, however, had 60 markings on it, leading investigators to believe that the body count is likely more.

The trial began on Sept. 26, 1988 and was the most expensive one in Orange County history, lasting 13 months. After three days of deliberation, the jury found Kraft guilty on all 16 counts of murder. He was sentenced to the death penalty on Nov. 29, 1989.

Randy Steven Kraft resides on death row in California at the San Quentin State Prison. He maintains he is innocent.