From the chilling exorcism that inspired "The Exorcist" to the tragic case of the real-life Emily Rose, these stories show that reality can be far scarier than any movie.

The ritual act of real exorcism is referenced in cultures worldwide, and it’s a practice shrouded in controversy. The purpose of an exorcism is to expel evil forces that have hijacked the body of a living person, and even the Vatican recognizes it as a valid practice.

In 2018, the Vatican taught a course on exorcism, training 250 priests on how to properly perform the ritual. The need for such a course stemmed from an uptick in reported demonic possessions. 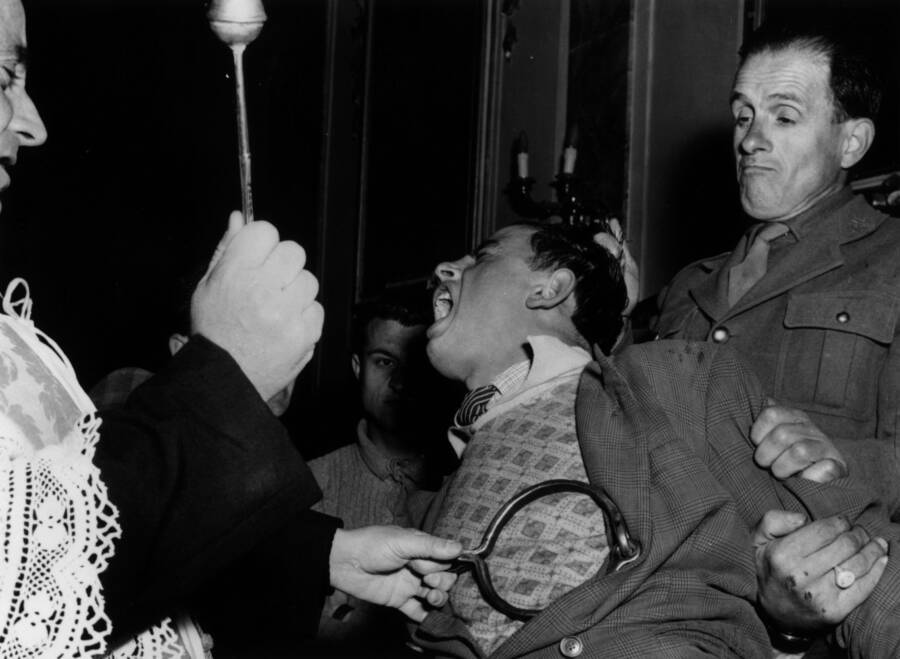 Keystone Features/Getty ImagesA man is restrained while a priest performs an exorcism in June 1956.

According to Catholic law, only an ordained priest can perform a real exorcism, and they must be trained beforehand. However, there have been several reported cases where things went wrong during the ritual, and the person who claimed to be possessed either died or suffered severe mental and emotional injury.

While each of these real-life exorcisms is confirmed or corroborated, psychiatrists and even the Catholic Church itself have debated their necessity. Indeed, most of the symptoms associated with these demonic possessions can be explained by modern psychology as signs of recognized mental illnesses like bipolar disorder and schizophrenia.

The Real Exorcism Of Emily Rose 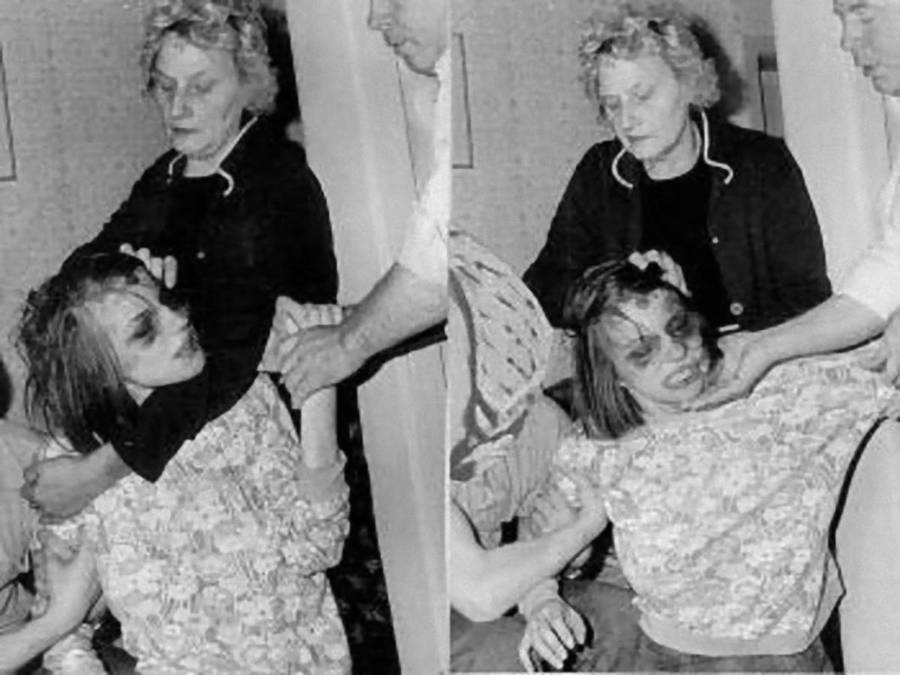 Anneliese Michel being restrained by her mother during the exorcism.

The case of Anneliese Michel was so disturbing that it struck a chord with multiple generations and inspired the 2005 horror film The Exorcism of Emily Rose.

Born on Sept. 21, 1952, in Leiblfing, Germany, Michel was a devout Catholic who attended church twice a week. At the age of 16, she blacked out during school and began to behave out of character. Within a year of her blackout, she started wetting the bed and having seizure-like convulsions.

A neurologist examined her and concluded that she had temporal lobe epilepsy, which is known to cause spasms, memory loss, and hallucinations.

Following her diagnosis, Michel left home to attend the University of Würzburg in 1973, and it’s there that her symptoms dramatically worsened. She began claiming that she could see the devil’s face and hear voices mocking her “damned” spirit. She turned to the Catholic Church for help. 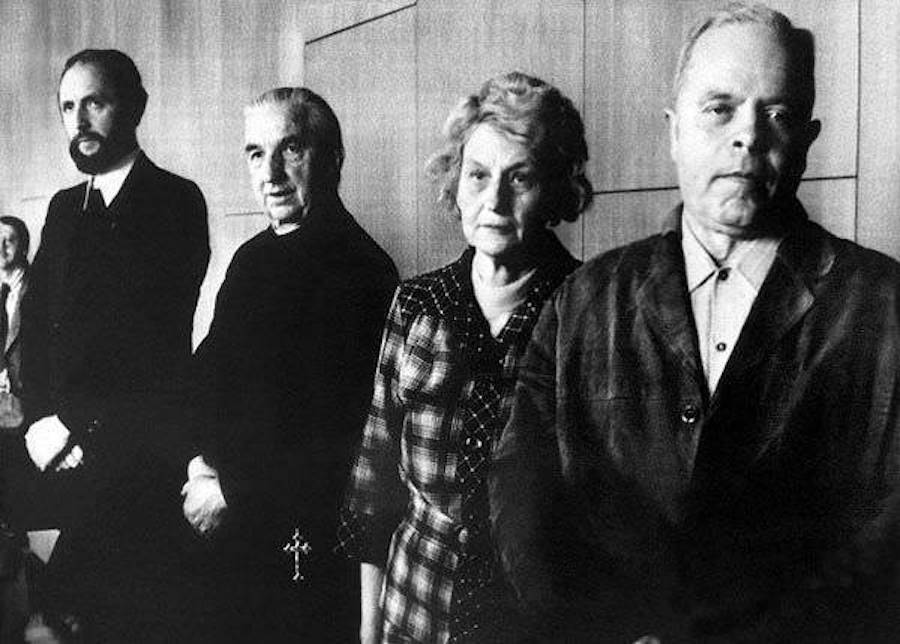 Most of the priests she spoke with urged her to see a doctor, explaining that a real-life exorcism required the authorization of a bishop. But soon, her condition deteriorated. It was evident she needed help fast. She began eating spiders, coal, and even the head of a dead bird. She would perform hundreds of squats a day, bark like a rabid dog for days on end, and drink her own urine.

Only priest Ernst Alt was convinced that she was indeed under the influence of a demonic influence and received approval from a bishop to perform an exorcism. He and priest Arnold Renz spent 10 months with Michel and conducted 67 exorcisms during which Michel claimed to be possessed by Adolf Hitler, Nero, Lucifer, Cain, Judas, and a disgraced priest named Fleischmann.

In the end, Michel’s condition worsened to such a degree that she broke bones in her knees from repeatedly kneeling for prayer. She soon stopped eating food altogether and died of dehydration and malnutrition at the age of 23 on July 1, 1976.

A court found Alt and Renz at fault for her death and convicted them of manslaughter, handing down a six-month suspended prison sentence.