Creator of the series, Gene Roddenberry, identified a real-life star as the planet Vulcan's would-be sun. As it turns out, there actually is a "Vulcan" orbiting that star. 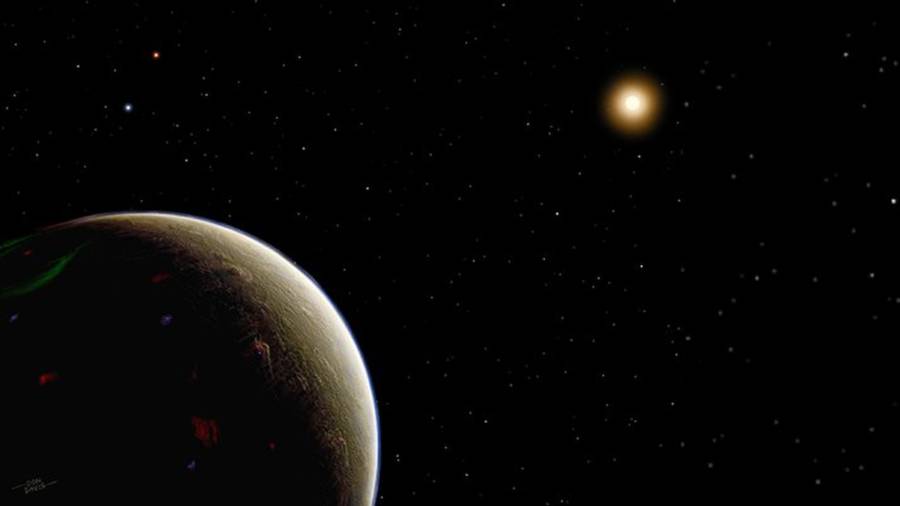 University of FloridaAn artist’s rendering of what the newly discovered planet orbiting 40 Erdani A might look like.

Astronomers at the University of Florida announced on Sept. 18 that they have discovered what could be considered the real-life planet Vulcan, which is, of course, a reference to the lauded cult sci-fi franchise Star Trek.

Scientists naturally wondered if a planet actually does orbit 40 Eridani A. Turns out, one does.

A group of scientists at the Fairborn Observatory decided to work with The Dharma Planet Survey to observe the 40 Eridani system more closely. To their surprise, they discovered a planet orbiting around the system’s main star.

The exoplanet is about twice the size of Earth and is located 16 light-years away from the Sun. It also experiences years that are but 42 days long and is considered a “super-Earth”, or planet that resides beyond our solar system of a similar size to Earth’s. It is also the first discovery of its kind by the Dharma Planet Survey. 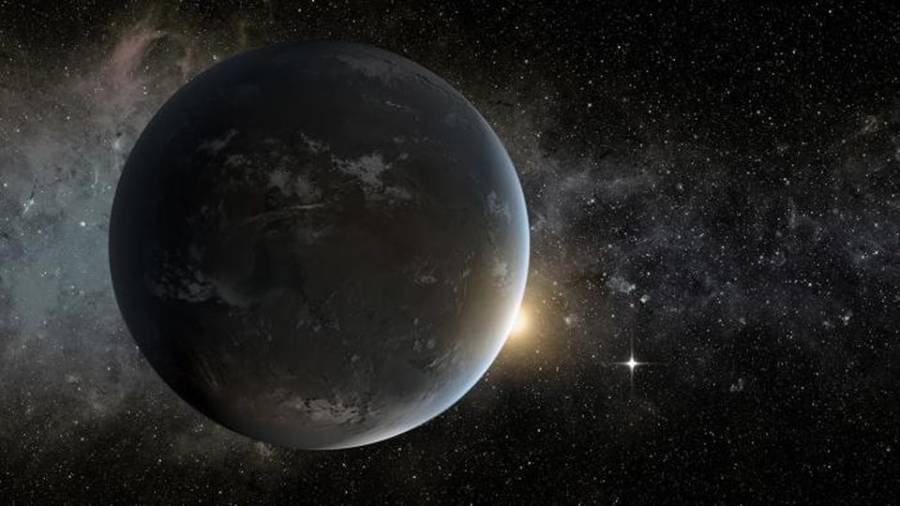 Gene Roddenberry, the creator of Star Trek, published a letter in Sky and Telescope magazine in July 1991 where he formally identified the star that the fictional planet Vulcan would orbit in real life. Roddenberry and members from the Harvard-Smithsonian Center for Astrophysics identified the star 40 Eridani A as the would-be planet Vulcan host star.

40 Eridani A is one of three stars in the 40 Eridani star system. Roddenberry and the astrophysicists wrote that if his Star Trek universe were a reality, Vulcan would orbit the primary star “A,” and the two companion stars “would gleam brilliantly in the Vulcan sky.”

The fictional planet Vulcan is described in the franchise as an Earth-sized planet mainly covered by deserts and mountains. 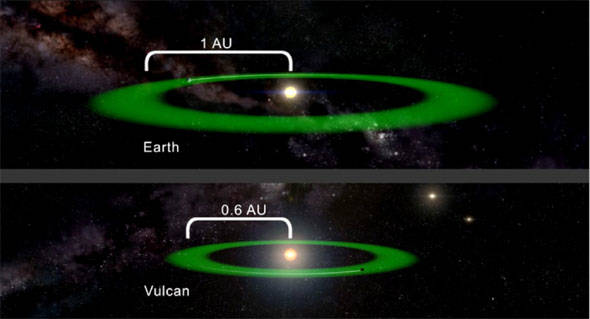 The uncanny discovery bodes well for Trekkies and fans of the extraterrestrial alike and is an optimistic indication that perhaps other Earth-like planets exist in similar habitable zones throughout the universe.

Next, check out these four things that every sci-fi movie gets wrong about science. Then, read everything we know so far about the ninth planet in the solar system.