Along with the sword, you'll also find the mummified hands of a thief who once tried to steal the blade. 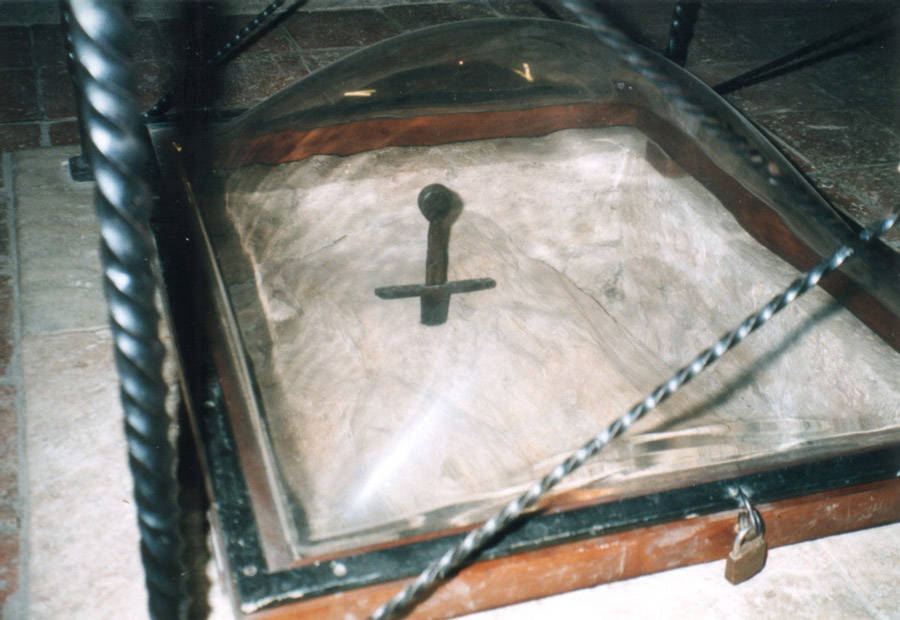 If you’ve ever dreamt of becoming King Arthur and pulling a real Excalibur from stone, you may have your chance. Though it may cost you your hands.

In the outskirts of Siena, Italy, there is a 900-year-old sword buried in solid rock. However, a mythical king never touched this sword’s grip. This blade actually belonged to St. Galgano Guidotti.

Born in 1148 to an illiterate feudal lord, Guidotti would become a wealthy knight. Though he was skilled in the art of war, he was also profoundly arrogant, violent, and only concerned with worldly pleasures.

Then, something changed in Guidotti. The affluent nobleman is said to have had visions of the Archangel Michael, the warrior saint. One of these visions supposedly led him to the Twelve Apostles on the hill of what is now known as Rotonda di Montesiepi.

It is here that Michael suggested that Guidotti should give up his life of wealth and dedicate his existence to God instead. Guidotti snickered at the Archangel’s request and stated that the task would be as difficult as splitting a stone. To prove his point, the knight thrust his sword into a rock and, to his surprise, cut through it like butter.

Sometime after, while on horseback, he wandered to a hilltop much like the one he had seen in this dream. He was so struck that by the sight that he decided to plant a cross. However, without a cross or any wood handy, he unsheathed his sword plunged it into a stone, where it has remained ever since. 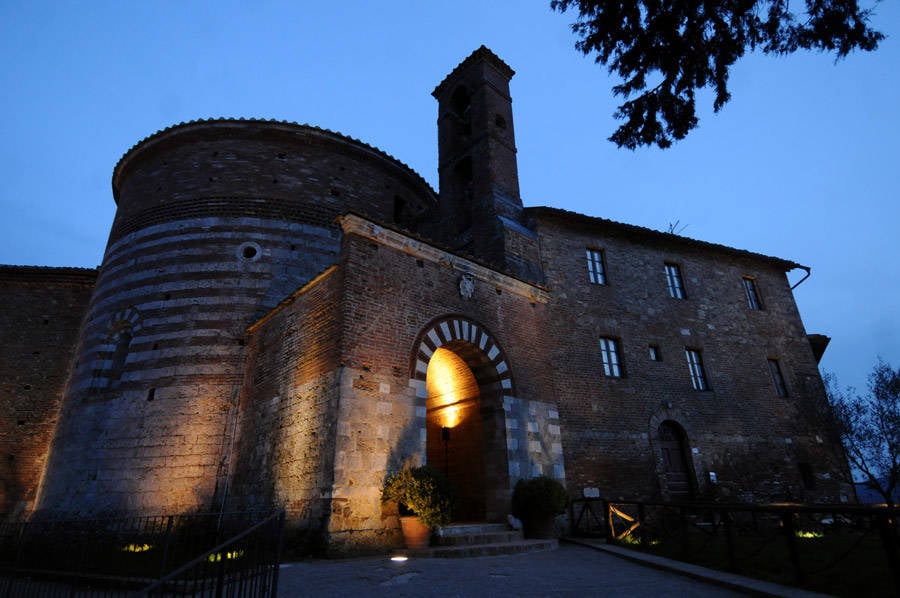 Eric VANDEVILLE/Gamma-Rapho/Getty ImagesThe Montesiepi Chapel was built over the “real sword in the stone” near the abbey of St Galgano.

After his death one year later in 1185, Pope Lucius III would declare him a saint and the Montesiepi Chapel would be built around the legendary, yet very real “sword in the stone.”

Throughout time, many have tried to play King Arthur and extract the medieval sword, yet all have failed. In fact, to prove a point, on display at the chapel are the mummified hands of an unfortunate thief. It is said that this would-be robber was actually an assassin sent by the devil himself and that he was eaten by wolves who were friends of Guidotti.

Now, you may think that this sounds like a bunch hogwash and that the sword was probably just planted by the church as a tourist attraction. You may be right. Yet, if you believe this theory you’d have to commend the church for one of oldest tourist traps in history. 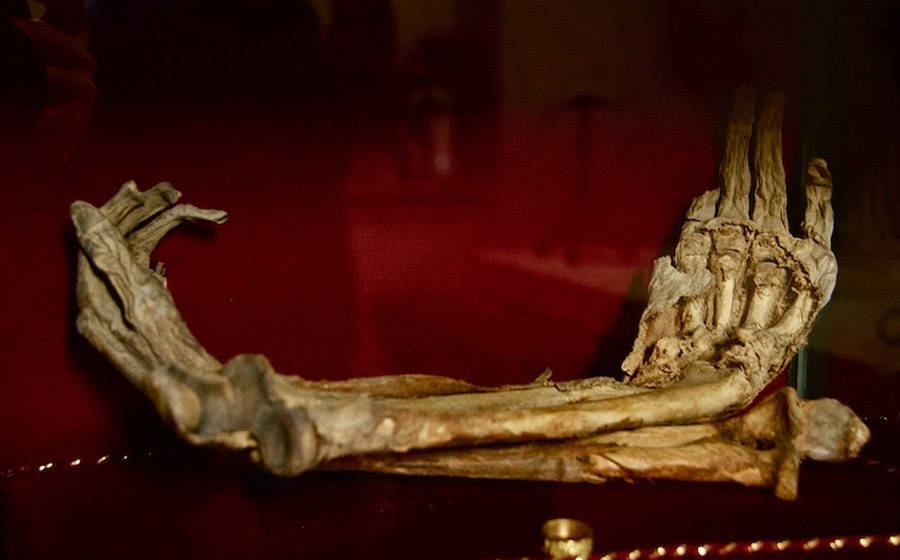 Recent tests on the sword’s style and metal have found that is consistent with the late 1100s to early 1200s. These same tests provided radar analysis of a cavity beneath the stone, which is thought to be a burial recess, possibly containing the knight’s body.

Oh, and those mummified hands? They’ve also been tested and dated back to the 12th century as well. So, while, it’s impossible to verify the entire legend of the real sword in the stone, it’s safe to say that the story does match up with the timeline of Saint Galgano Guidotti.

Enjoy this article on the real sword in the stone? Next real about the time the little girl who found a different kind of Excalibur. Then read about the Viking sword that was discovered on a Norwegian mountain.