A lawsuit claims that the nursing home knew of the woman's affliction, and did nothing to stop it. 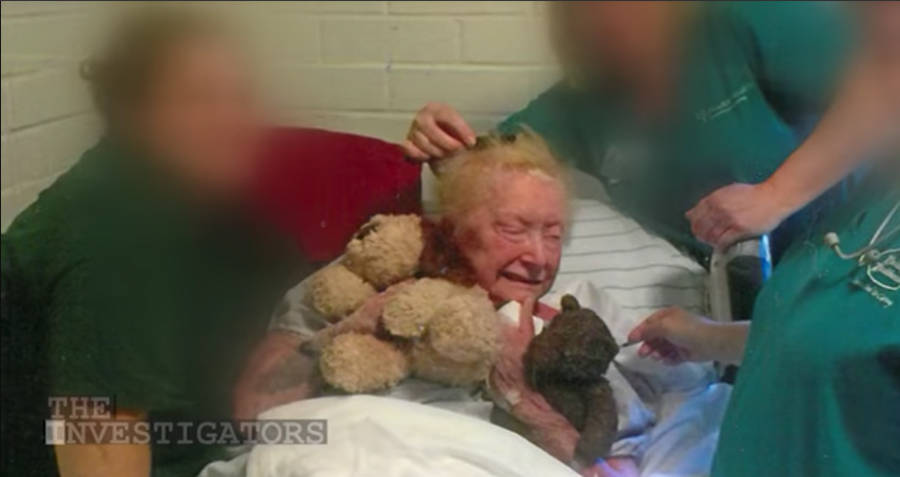 YouTubeRebecca Zeni in her room at the nursing home, holding teddy bears as nursing staff surround her.

In what a medical examiner described as “one of the most horrendous things” he’s ever seen in his career, a woman was literally eaten alive by millions of parasitic mites while the staff at her nursing home looked on, according to a shocking investigative report by WXIA-TV in Atlanta.

Rebecca Zeni, 93, died in 2015 from “septicemia due to crusted scabies.” Now, her family has filed a lawsuit, saying that the Shepherd Hills Nursing home in Georgia knew about Zeni’s disease and failed to do anything to stop it.

Scabies, a painful but treatable condition, is caused when parasitic mites burrow into the skin, lay eggs, and essentially make your body their home. In most cases, the affliction is minor and easily treated with no lasting effects — in fact, it’s the third most common skin disease in children and the elderly.

When left untreated, however, the damage can be severe, resulting in a crust of flaky skin forming on the body. In Zeni’s case, this crust caused damage that was extensive and horrifying. 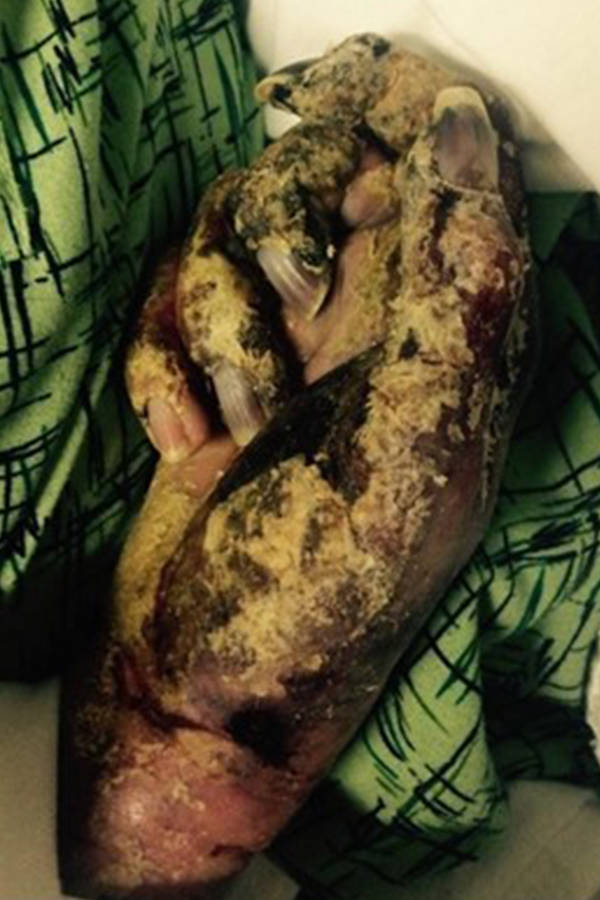 Zeni’s right hand, covered in blackened, crusted skin as a result of scabies.

Photographs of Zeni before her death show various body parts covered in a blackened crust, especially her hands. In the photos, her fingernails are long and blackened by the disease, and the parts of her skin that aren’t crusted are red and raw.

Even more horrifying than the photos, however, is the fact that the nursing home staff knew about them and did nothing to stop it.

According to the family’s lawyer, attorney Stephen Chance, the staff had been ordered not to attend to Zeni’s skin.

“There was a conversation at this nursing home with a healthcare provider about being careful about touching Ms. Zeni’s hand for fear that it might fall off her body,” Chance said in an interview.

The idea that the staff is responsible for Zeni’s death was echoed by the medical examiner who performed her autopsy.

“This is one of the most horrendous things I’ve ever seen in my career as a forensic pathologist,” said Dr. Kris Sperry, former chief medical examiner for the Georgia Bureau of Investigation. He believes that at the time of her death, over one million mites were living in Zen’s body and that, as a result, she likely would have died a most painful death.

“Having seen what I’ve seen with Ms. Zeni, I think that is frankly a good characterization,” said Sperry. “I would seriously consider calling this a homicide by neglect.”

According to documents obtained from the Georgia Department of Public Health, state officials had been notified of a scabies outbreak at the Shepherd Hills Nursing Home in 2013, and in 2015, the same year Zeni died. The report claims that at least 35 residents and staff were exposed to scabies. However, no inspection was ever made. Instead, a treatment manual was emailed to the facility staff.

Next read about the young woman who died after being embalmed alive. Then, check out the monks who ritualistically mummify themselves alive.