The Story Of Robert Ford – The “Coward” Who Assassinated Jesse James

Though Jesse James was an outlaw, Robert Ford wasn't immediately hailed as a hero for killing him. 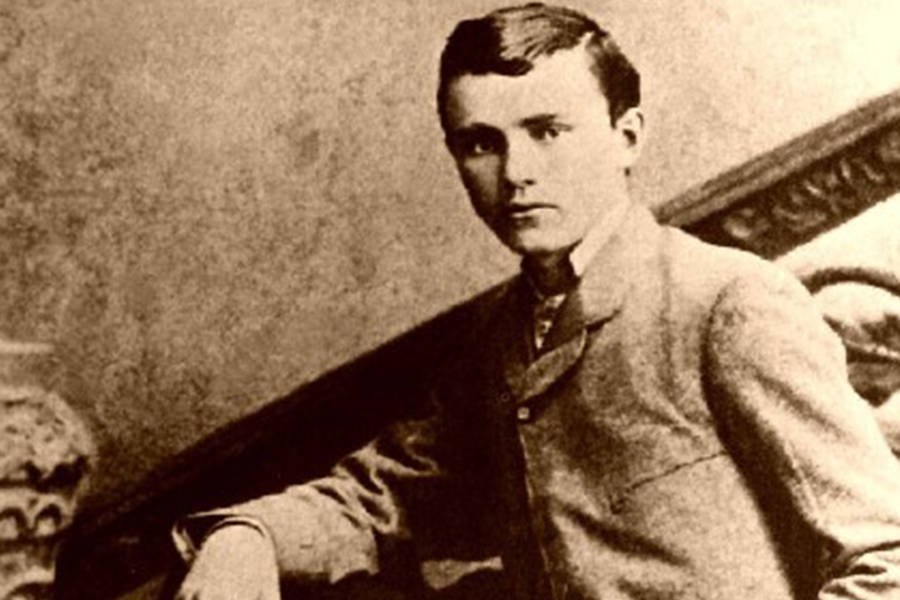 When Robert Ford pulled the trigger of his six-gun killing Jesse James, he hadn’t killed an outlaw, he had killed a hero. At the time, James was already mythologized as an “American Robin Hood,” while Ford was viewed as a “traitor” who turned on James for a bounty.

However, when Ford first met James in 1880 he was an admirer of his exploits. He was just 18, and along with his older brother, Charles, he joined the James Gang.

Although Charles allegedly took part in the James Gang’s final train robbery on Sept. 7, 1881, the Ford brothers did mostly odd jobs including holding the horses on raids. Their biggest function was turning their home and those of other Ford family members into safe houses for gang members escaping the law.

One such occasion marked a significant turning point in Bob Ford’s life.

In January 1882, two James Gang members, Wood Hite and Dick Liddil, got into an argument while hiding out in the home of Ford’s sister. Things escalated when they both drew their guns and shot each other. The wounds were superficial, but Ford retaliated and shot Hite in the head.

Now there was a problem –Ford had just killed Jesse James’ cousin. Hoping to conceal the crime, he buried Hite’s body a mile from the house.

Nonetheless, the crime was discovered, and Ford was arrested. But soon he was released on one condition –that he murder Jesse James. Missouri governor Thomas T. Crittenden assured Ford that he would receive a full pardon for the murder of Hite and James. Ford was also promised the $5,000 bounty placed on James’ head. 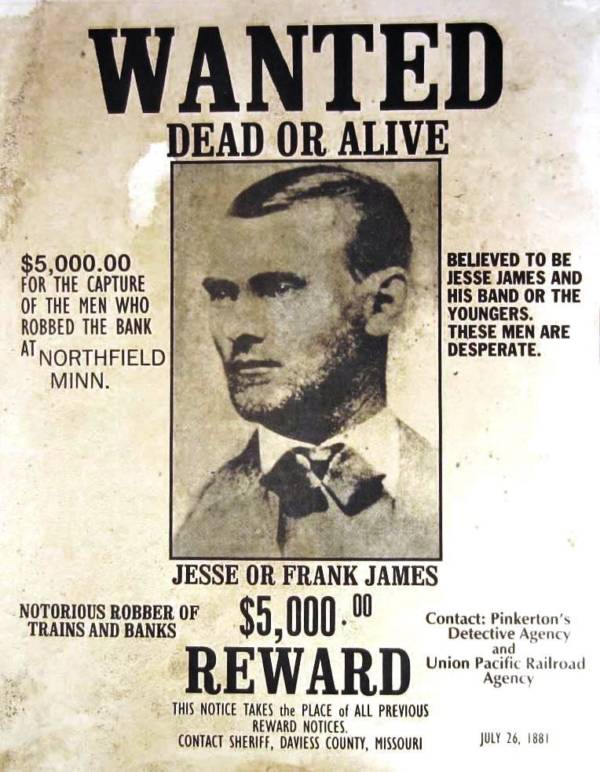 Wikimedia CommonsFord was promised the $5,000 bounty once he killed James, but received only a fraction of the amount when he did.

To murder James, Ford needed his brother Charles to convince James to make him a fully-fledged member of the gang. James didn’t trust the Ford brothers, especially Bob. However, by March 1882 members of the James Gang had dwindled, so James agreed.

On April 3, 1882, the Ford brothers met James at his home in St. Joseph, Mo. After breakfast, they moved into the sitting room to discuss Jesse’s plan to rob the Platte City, Missouri Bank.

James noticed that a picture was hanging crooked on the wall, and turned his back on Bob to adjust it. As he did so, Bob drew his gun and shot him in the back of the head, killing him. He was 34 years old.

Minutes later the Ford brothers were running down the street, and Bob was yelling: “I killed him! I shot Jesse James!”

However, if the Ford brothers thought they would be welcomed as heroes they were dead wrong. Initially, Bob was charged with the first-degree murder of both Wood Hite and Jesse James, while Charles was charged as his accomplice. Both were sentenced to hang.

Luckily Governor Crittenden stepped in two hours after the trial and as promised granted the brothers a full pardon. But their luck was short lived.

They were given a reward, but it was much less than the amount promised. When they returned home to Richmond, Mo., the residents turned against them for their “traitorous” killing of James.

Charles heard that Frank James was seeking revenge on them for his brother’s murder. He spent the next two years repeatedly changing his identity and moving from place to place. But the pressure was too much and Charles committed suicide in 1884. 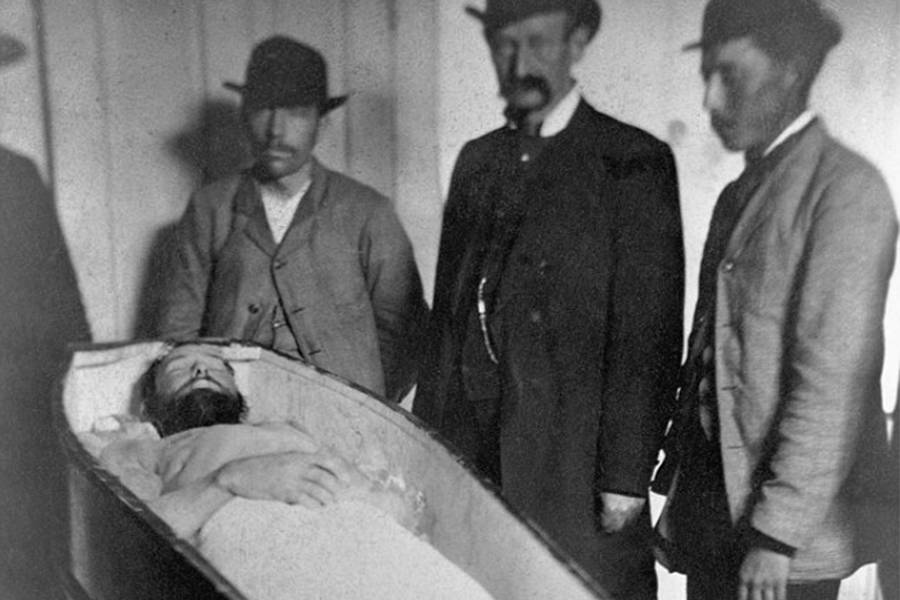 Meanwhile, Bob Ford became an unwanted celebrity. Nightly he performed in the stage show Outlaws of Missouri, where he delivered his version of Jesse James’ final moments. Ford never told the audience that he had shot James from behind.

The audience would have nothing of it and they jeered and threatened Ford.

By now, James’ legend had reached its zenith, while Robert Ford was viewed as a loathsome creature. Audiences would chant lyrics from a popular song of the day at Ford’s events.

In response, he moved on and established a saloon in Las Vegas, N.M. But he was forced to leave there too.

Legend has it that Ford left after he lost a shooting contest with Jose Chavez y Chavez, an ally of Billy the Kid.

Another less glamorous claim is that Robert Ford was a pariah, and the few customers that did turn up, only did so to pick fights.

With the saloon out of business, Ford moved on to Creede, Colo. On May 29, 1892, he opened a dance hall but six days later it burned down along with Creede’s business district. Ford wasted no time in establishing a tent saloon in its place.

But on June 8, 1892, a man named Ed O. Kelly (or O’Kelley) was looking to settle a score with Ford. He stormed into Ford’s tent saloon armed with a 10-gauge shotgun. Ford had his back to Kelly. But unlike Ford, Kelly preferred to confront his enemies. He said, “Hello, Bob.” Ford turned to see who it was and Kelly emptied both barrels into his chest, killing him instantly. He was 30.

If it wasn’t for Jesse James, history wouldn’t care about Robert Ford. The public, still enamored with James, viewed Kelly as an avenger, and Ford would forever remain the “coward” who killed a legend.

Next, read about Benjamin Salomon, the dentist turned WWII war hero. Then, check out the NYPD officer who carried her gun in her purse.