The Gunfight At The O.K. Corral: What Really Happened In The Most Iconic Event Of The Wild West

In just 30 seconds, 30 rounds were fired when the tension between a crew of thieving cowboys and vigilante lawmen came to an explosive head in the frontier town of Tombstone, Arizona. 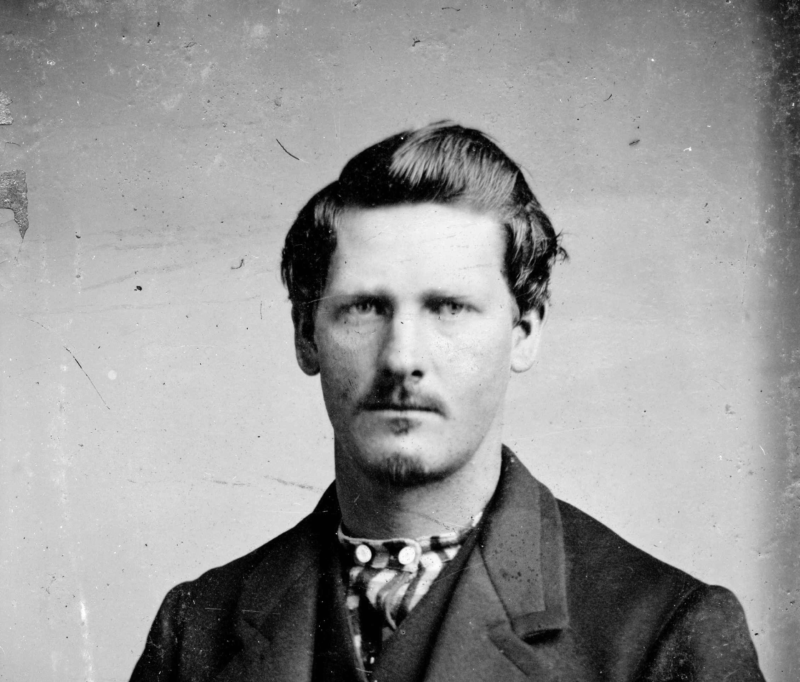 The O.K. Corral shootout has become an iconic footnote in the history of the Wild West. Lawman Wyatt Earp, his brothers Morgan and Virgil, and his faithful friend Doc Holliday faced off against a team of lawless cowboys who ran ragged through the frontier town of Tombstone, Arizona. It is a classic tale of cops and robbers in the Wild West.

But movies and certain history texts have romanticized the 30-second shootout and perpetuated false facts. For one thing, some continue to debate whether the Earp brothers were truly noble lawmen who sought to tame the Wild West or merely brutal vigilantes who committed a small-town a massacre. But the thin line between hero and criminal was exactly the atmosphere in which the Wild West was centered. 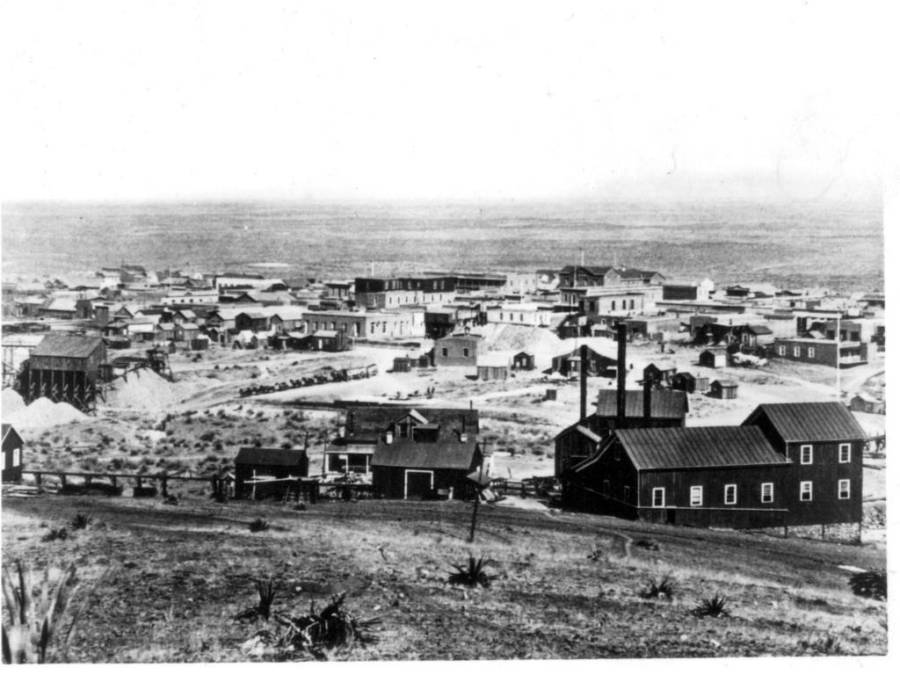 Wikimedia CommonsTombstone, Ariz., as photographed by C. S. Fly in 1881.

The small, historic town of Tombstone was founded by Ed Schieffelin in 1877, who was determined to prospect on Apache land despite warnings that “All you’ll find out there is your tombstone.”

Instead, Schieffelin found a silver mine that eventually produced over $37 million in profits.

Wealthy merchants in the hopes of cashing in on the mine soon set up shop in Tombstone. The town was soon aglow with fine dining restaurants, opera houses, and a bowling alley. The O.K. Corral was one of eight liveries in the small town. Indeed, the streets of Tombstone were flooded with cash but they were also absent a lawman to maintain order.

The bustling frontier town attracted a dangerous crowd and became an easy target for rustlers and bandits. Tombstone was soon overrun with gambling houses, brothels, and violence.

In December 1879, the brothers James, Virgil, and Wyatt Earp along with a gun-slinging ex-dentist named Doc Holliday rolled into town to administer their own brand of justice.

The Cochise County Cowboys Kill A US Marshall 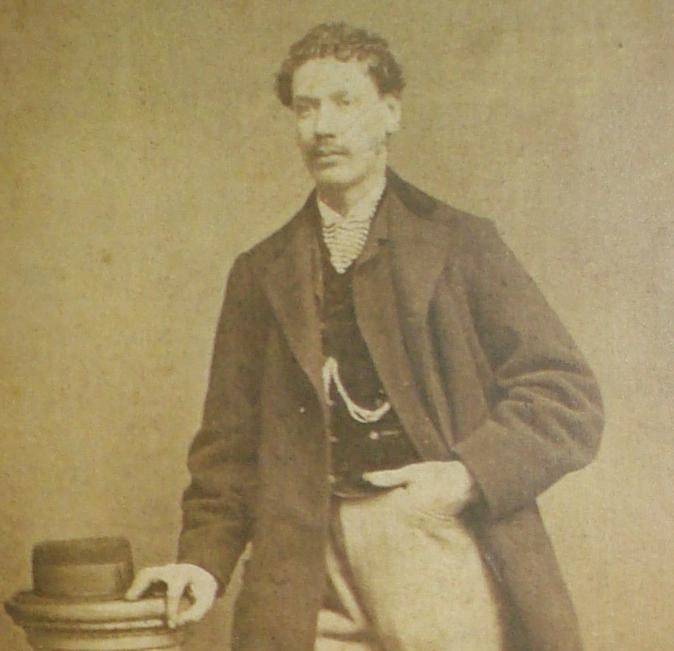 Wyatt Earp was an ex-lawman of his hometown in Missouri. When his wife died, Earp wandered the west and got himself into some legal trouble. He eventually settled in Dodge City, Kansas, where he became the city marshal. In 1879, he set off with a new friend he’d made in Kansas, Doc Holliday, to Tombstone with his brothers.

In the Old American southwest, “cowboy” referred to an outlaw or a member of a gang of hard-drinking cattle smugglers and horse thieves. In Tombstone, that crew was known as the Cochise County Cowboys.

The Cochise County Cowboys went from being a nuisance to the Earp brothers’ mortal enemies when one of their members accidentally killed the City Marshall, Fred White, on Oct. 28, 1880. Fred White and Wyatt Earp had been summoned to calm down a few drunk cowboys unloading their pistols into the night sky. White asked the men to surrender their weapons, and they complied, but a gun belonging to “Curly Bill” Brocius accidentally went off and shot White in the gut.

It was an accident, even Fred White would insist as much while lying on his deathbed, as did Wyatt Earp who defended Brocius on trial. But the death of Fred White saw Virgil Earp named the new city marshal in his stead and with that, a new era came to Tombstone.

Lead-Up To The Shootout 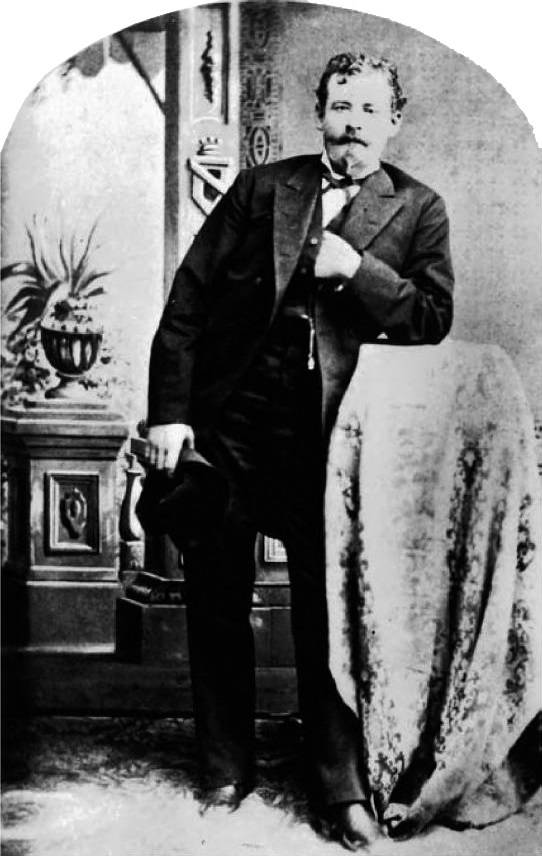 Under Virgil, it was illegal to carry any weapon within the town’s limits – a law that gave the Earps brothers just cause to arrest about any cowboy they saw.

Meanwhile, the county sheriff, John Behan, did little to bring thieving cowboys to justice. This angered the Earps, especially Wyatt, whose hopes to become county sheriff were dashed when Behan took the position.

Wyatt Earp reasoned that he could gain some good publicity and a better shot at winning county sheriff if he could prove himself. He struck a deal with with a rancher named Ike Clanton, who was close with the Cowboys, to bring the thieves to justice. In return for his cooperation, Earp promised Clanton a $6,000 reward.

The deal did not last long and when it dissolved, Earp was again left in the lurch.

On Oct. 25, 1881 – the day before the gunfight at the O.K. Corral – Doc Holliday confronted Clanton in a saloon. The men fought viciously and later that day, Clanton tracked down Wyatt Earp and threatened him. 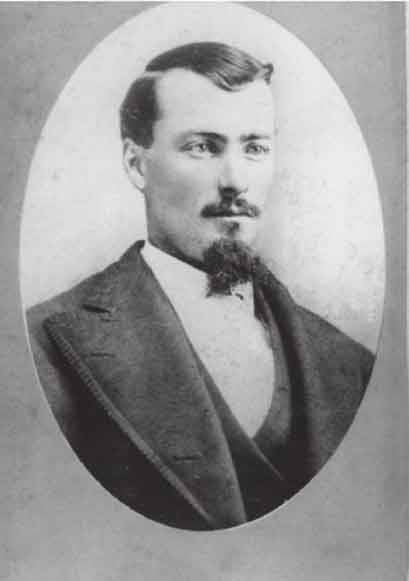 Wikimedia CommonsFrank McLaury, one of the Cowboys who allegedly participated in the Skeleton Canyon Massacre. Circa 1880.

Around noon the next day, Virgil and Morgan Earp found Ike Clanton, who was drunk and yelling that he was looking to fight, and put him under arrest for carrying a weapon. Clanton, by most accounts, went willingly — after Virgil disarmed him with a pistol whipping.

On his way out of the courthouse, Wyatt bumped into another Cowboy, Frank McLaury, and, finding he was carrying a gun, pistol-whipped him twice in the head and left him bloody on the ground.

The Gunfight At The O.K. Corral 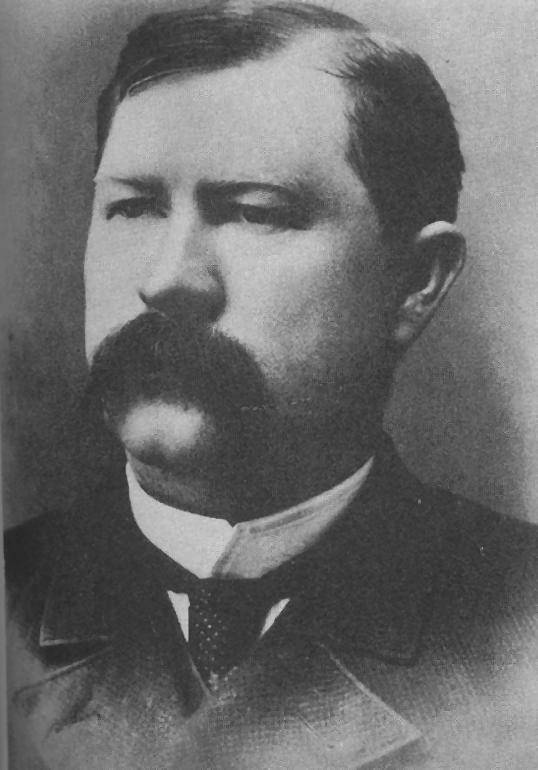 Around 3:00 PM, the Earp Brothers along with Doc Holliday spotted five Cowboys loading up guns: Ike Clanton and Frank McLaury were part of the group, along with Billy Claiborne, Tom McLaury, and Clanton’s 19-year-old brother, Billy.

The Cowboys then went off to plot revenge behind the O.K. Corral. Next, in a narrow, empty lot beside Fly’s Photography Gallery above the Corral, the Earps with Holliday came upon the Cowboys.

Virgil Earp yelled towards the Cowboys, “Throw up your hands; I have come to disarm you!”

What transpired next remains a mystery.

Both sides claim the opposing group fired first. No matter, Frank McLaury’s belly was shot and the man collapsed. Virgil then shot young Billy, who, even as he lay on the ground bleeding to death, kept shooting. Doc Holliday’s shotgun made short work of Tom McLaury and blasted through his chest.

Ike Clanton, Billy Claiborne, and Wes Fuller were the only Cowboys who came out of the fight alive – and that was because they ran for their lives. 30 rounds were fired in a matter of 30 seconds behind the O.K. Corral. The Earps came out with a few scratches, but three Cowboys were dead.

The Aftermath Of The Shootout 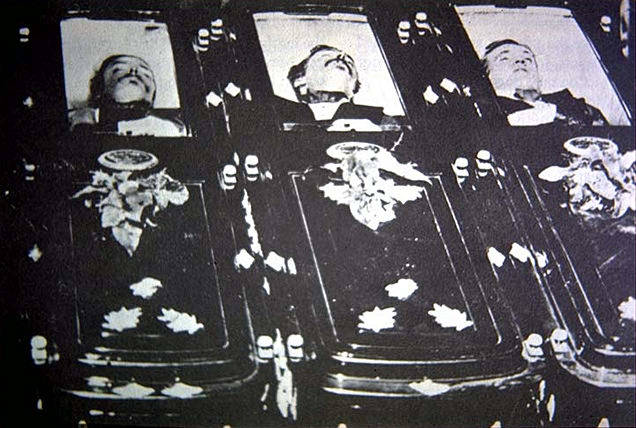 Wikimedia CommonsThe caskets of Tom McLaury, Frank McLaury, and Billy Clanton, the casualties of the gunfight at the O.K. Corral, October 1881.

Many took sides with the deceased Cowboys. When their funeral procession went through the town, more than 300 people came out to watch. Mourners packed close to four city blocks. The funeral was, as one of the local papers noted, “the largest ever witnessed in Tombstone.”

After weeks of testimony and witness accounts, Judge Wells Spicer ruled that the gunfight at the O.K. Corral had not been a few lawman keeping order, but rather “an act of violence by men with a vendetta.”

The Earps and Holliday were spared only because of the nature of the Wild West:

“When we consider the conditions of affairs incident to a frontier country; the lawlessness and disregard for human life,” the Judge went on during his ruling on the shootout at the O.K. Corral, “I can attach no criminality to his unwise act…I order them to be released.” 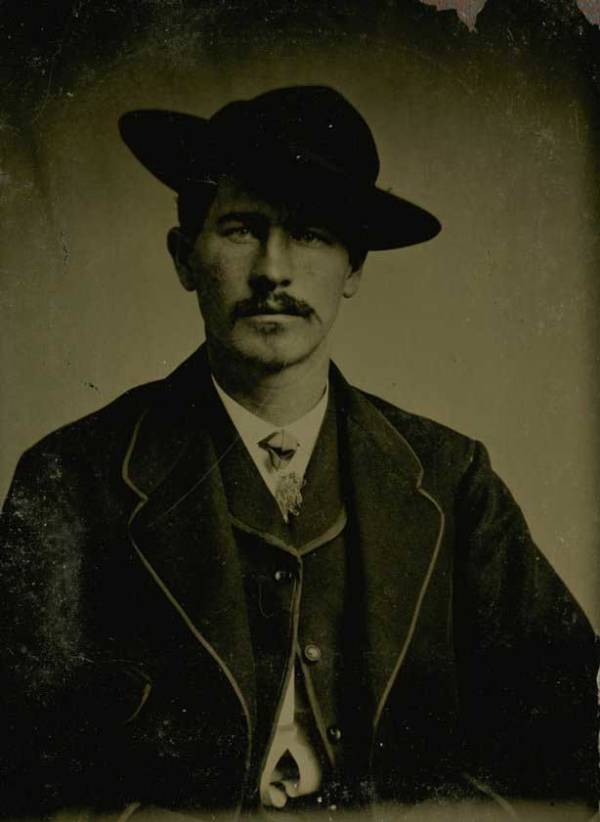 Wikimedia CommonsWyatt Earp in a business suit, circa 1870-1880.

Whether Judge Spicer was right or wrong remains in debate today, but the gunfight at the O.K. Corral was not to be forgotten. It was just the start of what would be one of the most brutal chapters in the history of the American frontier.

Shortly after the verdict of the trial of the O.K. Corral gunfight, a Cowboy fired a shotgun through the glass door of a saloon and into Virgil Earp’s back. Virgil survived, but his brother Morgan was later not so lucky. In the midst of a game of pool, the Earp brother was fatally shot in the back in a second assassination plot thought to be orchestrated by none other than Ike Clanton.

Wyatt Earp responded with a rampage of his own which ended in a warrant for his and Holliday’s arrest. The two fled Tombstone and Earp would spend the remainder of his days wandering the west, eventually settling in California, where he died at the age of 80 in 1929.

The gunfight at the O.K. Corral remains an infamous moment in American history. The event perfectly represented the grey area of justice that was apart of the Wild West as the shootout was both divisive and controversial with no real winner on either side.

The true heroes of the O.K. Corral shootout remain ambiguous, as was the nature of the lawless west, but thanks in part to films such as Gunfight at the O.K. Corral and Tombstone, the Earps and Doc Holliday remain the protagonists of the tale.

After this look at the infamous gunfight at the O.K. Corral, learn about the most iconic figures of the Wild West and see photographs of the real American frontier.