The Story Of Josephine Earp, The Mystery Woman Beloved By Gunslinger Wyatt Earp

Josephine Earp’s story was shrouded in mystery throughout her life, but modern historians posit that she lied about her early years in an effort to conceal her unsavory past. 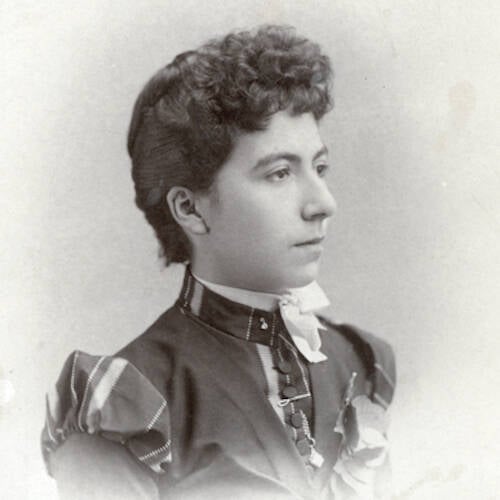 She went by several names: Josephine Marcus, Sadie Mansfield, and Josephine Behan. But the name “Josephine Earp” made her famous.

In 1881, the same year as the notorious shootout at the O.K. Corral, Josephine Earp was living in Tombstone, Arizona, with Old West lawman Wyatt Earp. But even before she became entangled with the infamous man, Josephine had some adventures of her own.

But she went to her grave trying to hide the secrets of her wild years in the West.

Born in Brooklyn in 1861, Josephine Marcus was the daughter of immigrants. Her Jewish parents had moved to the U.S. from Germany, and the year Josephine turned seven, her family moved to San Francisco.

While her father ran a bakery, Josephine dreamed of a bolder life. In 1879, when she was still a teenager, Josephine ran off with a theater troupe.

“Life was dull for me in San Francisco,” Josephine later wrote. “And in spite of my sad experience of a few years ago, the call to adventure still stirred my blood.”

At least, that’s the story she told later in life. 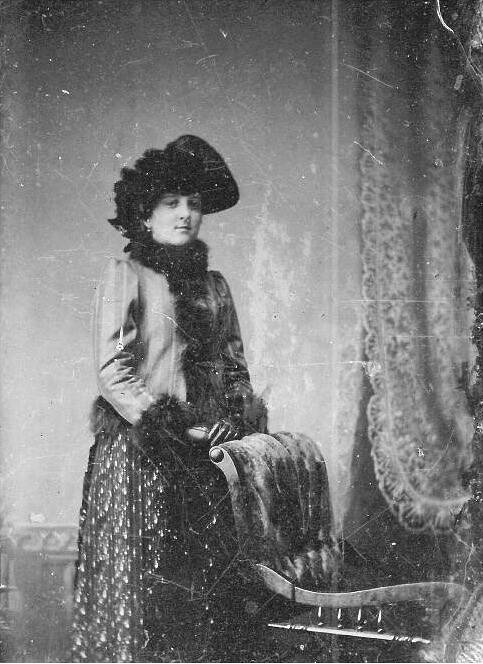 But stagecoach records tell a different story. A teenager using the name Sadie Mansfield traveled to Arizona Territory around the same time. But she did not travel with a theater troupe. Instead, she boarded a stagecoach with a madam and her ladies.

Moving To Tombstone With Another Man

While living in Arizona Territory, Earp received mail under the names Josephine Marcus, Sadie Mansfield, and Josephine Behan. But why did she use so many aliases?

According to court documents from Prescott, Arizona, Sadie Mansfield began working in a brothel. One of her clients, Sheriff Johnny Behan, grew enamoured with her, and his visits to the brothel grew so flagrant that Behan’s wife filed for divorce.

One of the witnesses said, “I saw [Behan] at the house of ill-fame … at which resided one Sada Mansfield … a woman of prostitution and ill-fame.”

Was Sadie Mansfield actually Josephine Marcus? The evidence points to yes. That evidence includes an 1880 census which lists both Sadie Marcus and Sadie Mansfield with identical birthdays and backgrounds.

Both were born in New York to parents born in Germany. Both grew up in San Francisco. One theory claims the Marcus family listed their daughter on their census form while Josephine also filed in Arizona Territory. 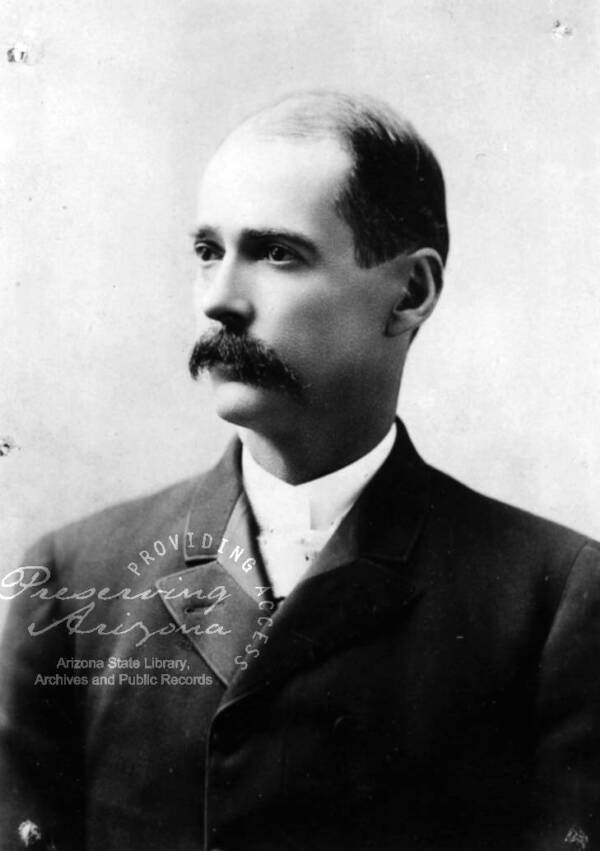 Records showed that Sadie Mansfield and Behan moved in together while living in Tombstone in 1880. Decades later as Josephine Earp, she admitted that she had moved to Tombstone to live with him.

But then a year later, Behan arrested Wyatt Earp after the shootout at the O.K. Corral — and may have inadvertently introduced his lover to the man she would marry.

The Relationship Of Wyatt And Josephine Earp

In 1881, Tombstone was one of the wealthiest mining towns in the west, where the peace was kept by brothers Wyatt and Virgil Earp. So when a gang tried to take over the town, it was up to the Earps to stop them.

What ensued was a shootout at the O.K. Corral on Oct. 26, 1881. The Earps lined up on one side next to Doc Holliday, while their opposers, the Clanton-McLaury gang, lined up opposite them. 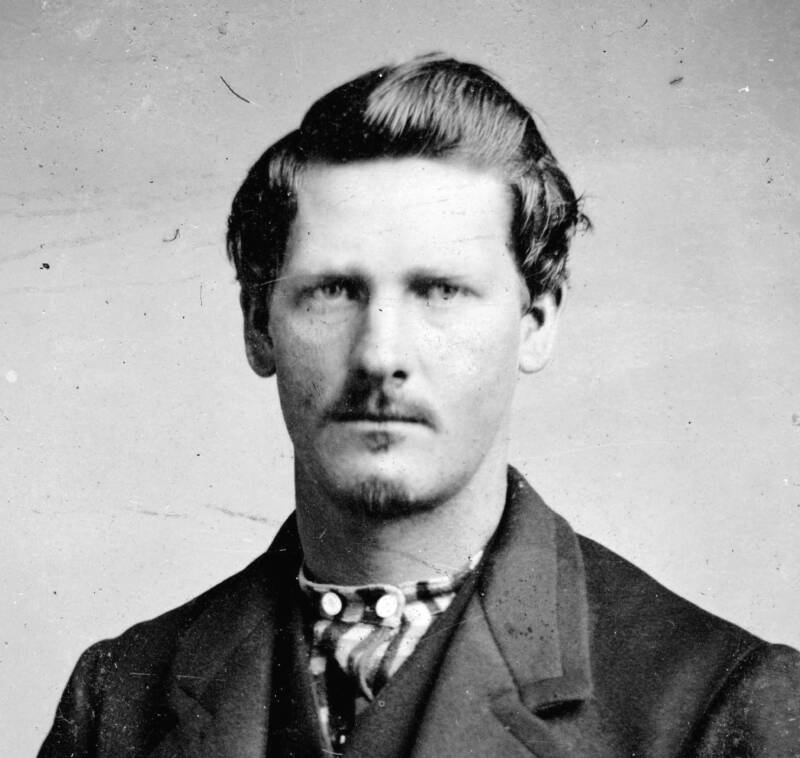 Unknown/PBSA portrait of Wyatt Earp taken circa 1869-70, before he moved to Tombstone, Arizona.

In less than a minute, the shootout was over. Thirty bullets flew, and many hit their targets. Wyatt Earp had escaped without a scratch, but three of the gang lay dead. It was at that moment that Sheriff Behan stepped into arrest Wyatt Earp for murder.

The two lawmen – Wyatt Earp and Johnny Behan – almost certainly knew each other, and some historians claim both were involved with Josephine Earp, though they kept it secret because they were all in second relationships.

But the same year as the infamous gunfight, Josephine left Sheriff Behan, and Wyatt Earp left his second wife. A year later, Josie and Wyatt met up in San Francisco. They were together for the next 47 years.

Life As The Wife Of Wyatt Earp

How did Wyatt and Josephine Earp meet, exactly? Neither one ever told the tale – perhaps because both had been in relationships when they met.

A year after a jury found him not guilty for the murders at the O.K. Corral, Wyatt Earp chased down the men who later killed his brothers in retaliation in what is now known as his infamous vendetta ride. Now on the run from the law, Earp arrived in San Francisco where he found Josephine faithfully waiting for him.

Josephine wrote that she officially married Earp in 1892 on a boat off the coast of L.A., though no record of this exists. They moved from boomtown to boomtown as Wyatt opened saloons and escaped the law. Josie carefully cultivated her husband’s reputation in these new towns, claiming he never drank. 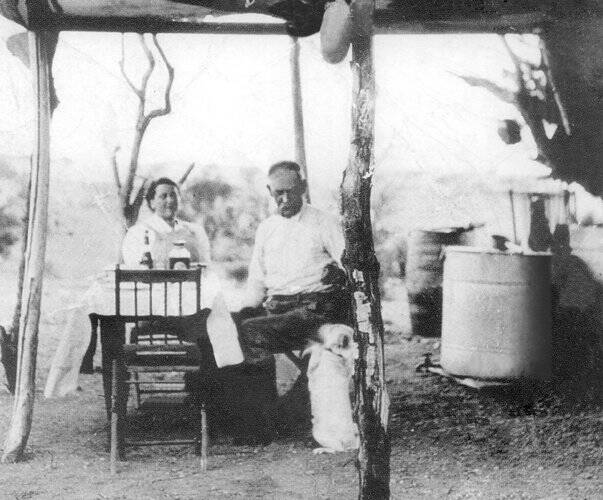 Unknown/PBSJosephine and Wyatt Earp at a California mining camp in 1906.

The Earps tried their hand at mining and also began writing about their lives. But it was Josephine Earp’s life story that would create a scandal after Wyatt died in 1929.

A widow in the 1930s, Josephine Earp set out to finish her memoir, but she did not tell the truth. Instead, she crafted a narrative that hid her wild years and burnished Wyatt’s reputation.

The memoir, I Married Wyatt Earp, did not come out until 1976. Editor Glenn Boyar claimed the cover photo showed Josephine Earp in 1880. But, in fact, the portrait was an entirely different woman from 1914.

The glamorous photo on I Married Wyatt Earp was a fiction, much like the content inside. Casey Tefertiller, who wrote a biography of Wyatt Earp, said, “The surviving manuscript is a wonderful blend of trivialities and obfuscation … no good deed goes unmentioned, no alibi untold.”

Josephine Earp did not want to tell the story of Sadie Mansfield, who worked in a brothel, or Sadie Marcus, who lived with the sheriff who arrested Wyatt Earp. Nor did she want to explain how, exactly, she and Wyatt met. Instead, she created a fictional tale that lauded and lionized Earp.

So who was Josephine Earp, truly? Before she died in 1944, Earp vowed that anyone who revealed her story would be cursed. Perhaps that’s why it took scholars decades to connect Josephine Earp with Sadie Mansfield, her secret identity.