Born John Wilson Vermillion, “Texas Jack” rode with Wyatt Earp on the legendary lawman's Vendetta Ride of 1882 — and became one of the most fearsome gunfighters of the Old West. 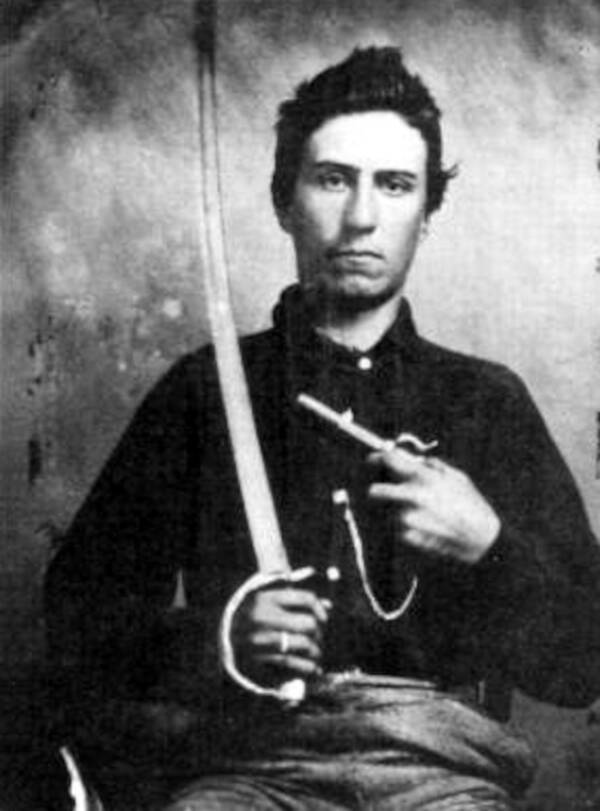 Wikimedia CommonsJohn “Texas Jack” Vermillion was present at some of the most famous events which shaped the legend of the Wild West.

No one knows for sure how John Wilson Vermillion became “Texas Jack,” a famed gunfighter who gained lasting fame for his skill with a pistol and his association with the legendary Wyatt Earp. With a career that mirrored the chaos of American expansion and the growth of the yellow press, Texas Jack Vermillion became a larger-than-life character in dime novels and sensational newspaper reports before gradually fading into the margins of popular culture.

For his time, though, Vermillion was no footnote but rather a key player in a story which would inform and dominate the American view of the Wild West for over a century after his most famous exploits. Texas Jack would be a witness to, and participant in, some of the most iconic moments of Wild West legend. 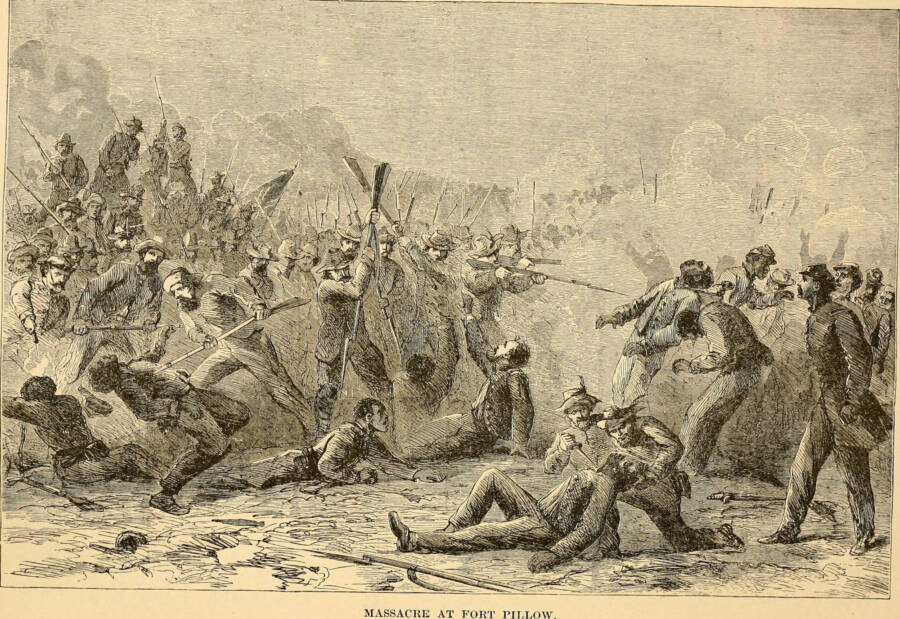 As a member of the Confederacy’s 2nd Tennessee Cavalry, Vermillion was likely involved in the Battle of Fort Pillow, infamous for the massacre of African-American troops which followed.

John Vermillion was born in 1842 in Russell County, Virginia, deep in the western corner of the state that juts into the Appalachian Mountains. Little is known of his early life apart from his parents’ names, William and Nancy Owens Vermillion, and his position as the second of 12 children.

After fighting in the American Civil War in the Confederate Army’s 2nd Tennessee Cavalry Regiment, Vermillion, like so many thousands of former soldiers, drifted westward. He married Margaret Horton in Indiana just a few months after the war’s end.

Luck seemed to be on Vermillion’s side. He and Margaret moved to Missouri, where he took a job as a United States Marshal, overseeing law enforcement in the state’s eastern half. They had a daughter, Mary, and an infant son, whose name was never recorded. Jack’s luck changed when he was away traveling, as was frequently required of marshals at that time. During one of his tours of duty, a diphtheria epidemic broke out in his family’s town, claiming the lives of his wife and children and leaving him devastated. 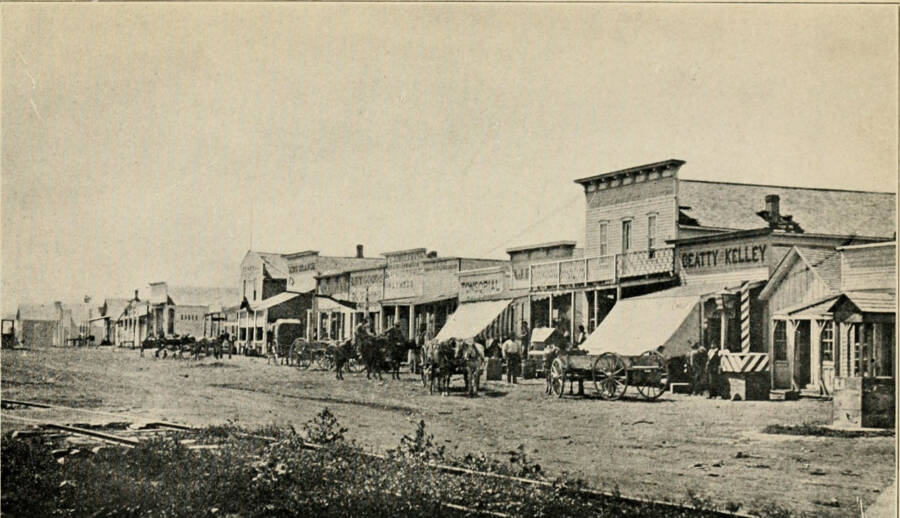 Wikimedia CommonsVermillion spent a great deal of time in Dodge City, where Texas cattle trails ended and cowboys frequently got into violent trouble.

Vermillion’s grief carried him further westward, depositing him in the booming and lawless cattle town of Dodge City, Kansas, by the 1870s. There, he drank heavily, gambled frequently, and established a reputation as a reckless and violent gunfighter among the cowboys who traveled there to spend their wages. He was widely known in the town’s famously decadent saloons, gambling rooms, and brothels.

It may have been during this time that he picked up the nickname “Texas Jack.” When later asked about the inspiration behind the moniker, he sardonically replied, “Because I’m from Virginia.” The truth might have been that it recognized his preference for riding powerful Texan quarter horses, or it may simply have been an off-hand appellation that happened to stick.

It was also during his stay in Dodge City that Texas Jack, for the first time, came into contact with four men who would change the course of his life: the gambler Doc Holliday and Dodge City police officer Wyatt Earp, along with Earp’s brothers Virgil and Morgan. 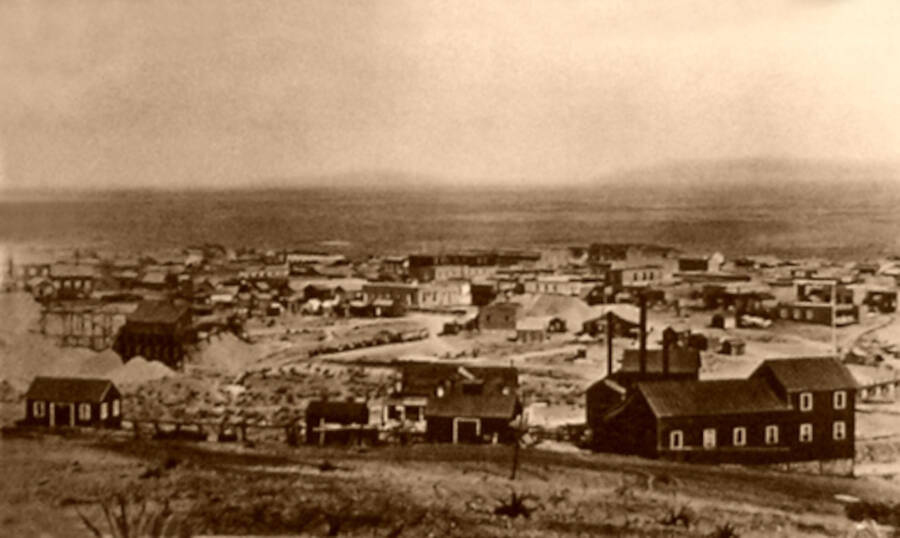 Vermillion relocated to Tombstone with the Earps late in the 1870s after, as Wyatt Earp put it, “Dodge City was beginning to lose much of its snap which had given it a charm to men of restless blood.”

The Earp brothers decamped to Tombstone, Arizona in 1879, and Texas Jack wasn’t far behind. Vermillion had evidently earned the brothers’ trust, because when a fire burned down 60 Tombstone businesses, Virgil Earp deputized Jack to corral looters and protect scorched plots of land from squatters.

As soon as the Earps settled in Tombstone, they had begun developing tension with the Cochise County Cowboys, a loose group of outlaw ranchers. On October 26, 1881, after several weeks of death threats from the Cowboys, Wyatt Earp led his brothers and Doc Holliday to confront the outlaws.

The lawmen found the outlaws at the entrance to the O. K. Corral, where a short, bloody gunfight ensued, leaving three Cowboys dead in 30 seconds. One of the survivors would file murder charges against the Earps and Holliday, but the judge decided that the evidence against the men was insufficient.

Despite the killings, the feud was far from over. On March 18, 1882, someone fired through the window of a saloon where Morgan and Wyatt Earp were playing billiards. One bullet struck the wall behind Wyatt’s head, and another blasted clear through Morgan’s spine. After Morgan died the next day, Wyatt decided that it was time to take the law into his own hands. 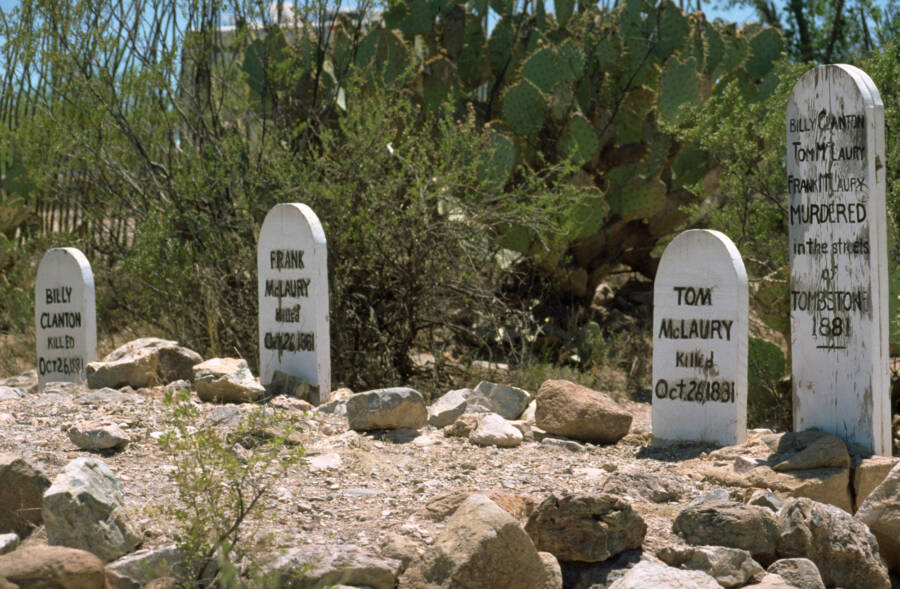 Wikimedia CommonsThe graves of the three Cochise County Cowboys killed at the Gunfight at the O.K. Corral, the first in a string of bloody incidents between the Cowboys and the Earps.

The two remaining Earps quickly rallied a posse of proven fighters, including Holliday and Texas Jack, to scour Cochise County for the men believed responsible for Morgan’s death. Texas Jack was present at almost every major arrest or killing the group carried out over the next month.

The most notable of these was the fight at Iron Springs. On their way to meet an associate, the posse was surprised to discover a group of Cowboys led by outlaw “Curly Bill” Brocius. Though outnumbered by outlaws, the vengeance riders surrounded the group and opened fire. Vermillion’s horse was shot from under him, forcing Doc Holliday to pull him free so he could escape on Wyatt’s horse. When the smoke cleared, Curly Bill was dead, and two of his companions were wounded.

Territorial authorities, tiring of the bloodshed, issued arrest warrants for the Earp posse, who escaped over the border into Arizona. Wyatt Earp soon moved on to other pursuits, but not before partnering with “Texas Jack” Vermillion one more time in Dodge City, where constable Dave Marrow deputized several famous gunmen to protect the Long Branch Saloon from closure during the bloodless conflict known as the Dodge City War.

Although the Dodge City War itself wasn’t bloody, Jack’s life remained so. While in Dodge, he killed a card cheat and, according to some histories, changed his moniker to “Shoot-Your-Eye-Out-Jack” after “Texas Jack Vermillion” appeared on a wanted poster.

The End Of Texas Jack 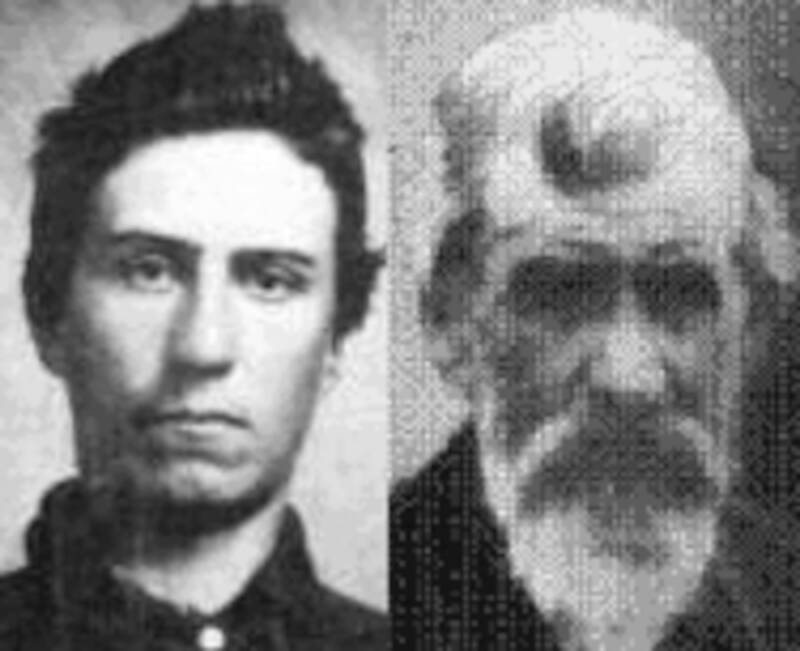 Wikimedia CommonsA comparison between the young Texas Jack and a supposed image of him as an old man. He is believed to have remarried and settled down peacefully in his native Virginia.

Texas Jack seemed briefly ready to settle down once more when he married Nancy “Nannie” Fleenor in Big Stone Gap, Virginia, but before long, he was back out west, having joined notorious conman “Soapy” Smith in Pocatello, Idaho. After one or two faint reports of gunfights in which he was involved, Vermillion seems to have returned to Virginia to rejoin his wife and two children, Opie and Minnie Bell.

Texas Jack was hard to pin down even in old age, with a persistent rumor spreading that he’d drowned in Lake Michigan near Chicago around 1900. The reality was likely much more mundane: some believe that he returned to Virginia, took up a career as a Methodist preacher, and died peacefully in his sleep in 1911 at the age of 69.

After reading about the wild life of Texas Jack Vermillion, find out more about his friend Doc Holliday, perhaps the most famous dentist ever to have fired a gun. Then, dive into the truth of what really happened at the Gunfight at the O.K. Corral.