How A TV Repairman, A Mortician, And A Ragtag Crew Of Futurists Cryonically Froze The First Man

Robert Nelson had no professional background or even a college degree, yet he found himself at the center of a nascent scientific movement — and then things got messy. 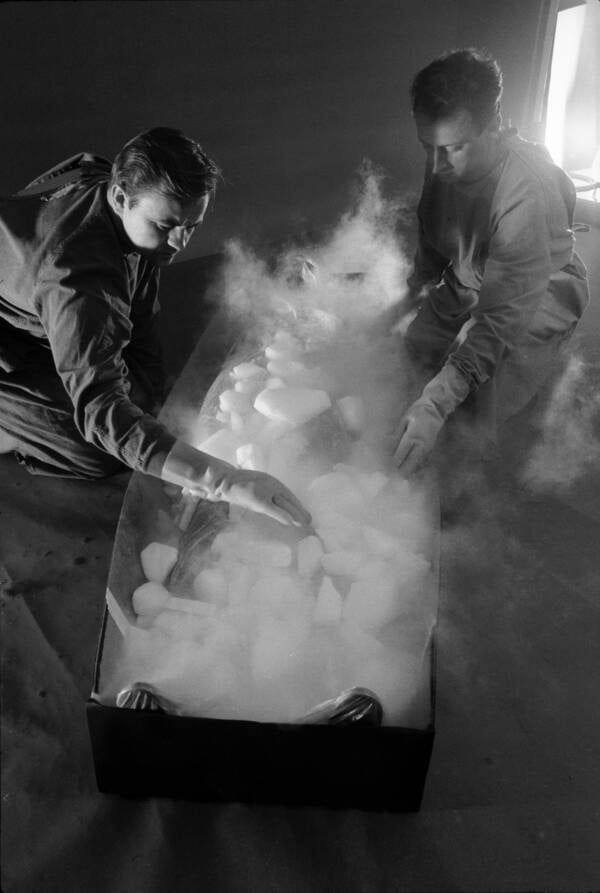 In 1962, Bob Nelson was just an average TV repairman. But he did have one distinguishing characteristic: an odd obsession with the theory of cryonics.

Nelson, like all “cryonauts,” believed that humans could be frozen after they died and revived in a distant future where scientists had found a cure for aging. So together with a crew of enthusiasts he met at a convention, Nelson began to plan and execute his own cryonics program.

He soon found himself at the center of a nascent movement — and the crew managed to freeze its first man in 1967.

But how, exactly, a high school dropout with no scientific background reached such unprecedented heights is a story for the ages. Even though Bob Nelson wouldn’t quite accomplish what he set out to, his story is nonetheless like science fiction.

From TV Repairs To Cryonics

Born in Boston, Massachusetts in 1936, Bob Nelson’s early life was rough. His father, Elvin Nelson, left before he was born and his mother was an alcoholic. Nelson’s stepfather, meanwhile, was a mobster named John “Fats” Buccelli who was imprisoned for the so-called $3 million Brinks Robbery in January 1950. 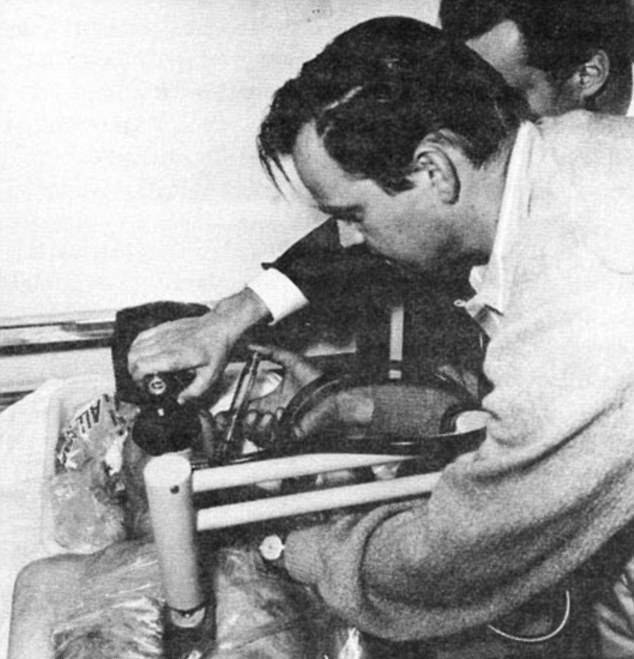 Alcor Life Extension FoundationDr. James Bedford is prepared for freezing shortly after his death by Bob Nelson himself.

Nelson proved to be resourceful when it came to fixing 1960s television sets, but his real passion lay between the pages of Dr. Robert Ettinger’s seminal 1962 book, The Prospect of Immortality. Ettinger theorized that death was more like a disease than it was an inevitability and it could be cured. He added that a man could be frozen today and then thawed centuries into the future where the technology to achieve immortality existed.

Nelson was obsessed with this notion and he became president of his local Life Extension Society in Los Angeles in 1966. He even got to meet Ettinger before the doctor died of cancer and was cryonically frozen himself, which only proved to inspire Nelson more.

Nelson told This American Life in 2008 that when he heard an advertisement for the first meeting of the Suspended Animation Group, an organization that believed in cryonic freezing, “I remember going and thinking ‘I’m not going to be allowed in’ because I’m not a scientist… I went in and I came out voted president.”

And so in 1962, he became the president of the Cryonics Society of California (CSC). The nonprofit largely consisted of dreamers eager to be preserved in order to experience the idyllic future promised by 1960s science-fiction.

Unfortunately, nearly everyone involved in the venture was a complete amateur. Many of them were old or sick and thinking of their own deaths. Even the scientists that Nelson consulted were skeptical about the feasibility of cryonic preservation. Nonetheless, the organization found a volunteer in 1966.

That volunteer was a 73-year-old psychology professor named Dr. James Bedford. Before dying of kidney cancer, he agreed to have his body put on ice so that “experts from the Cryonics Society of California” could then process it for immediate freezing.

But Nelson’s group was not prepared for the undertaking. For one thing, Bedford’s cryonic capsule (or coffin), was still being built in Arizona when he died, so Nelson had no choice but to ask two “pothead friends” for help. Bedford’s body was literally put on ice collected from the freezers of neighbors to keep him from decomposing before the coffin could be finished. 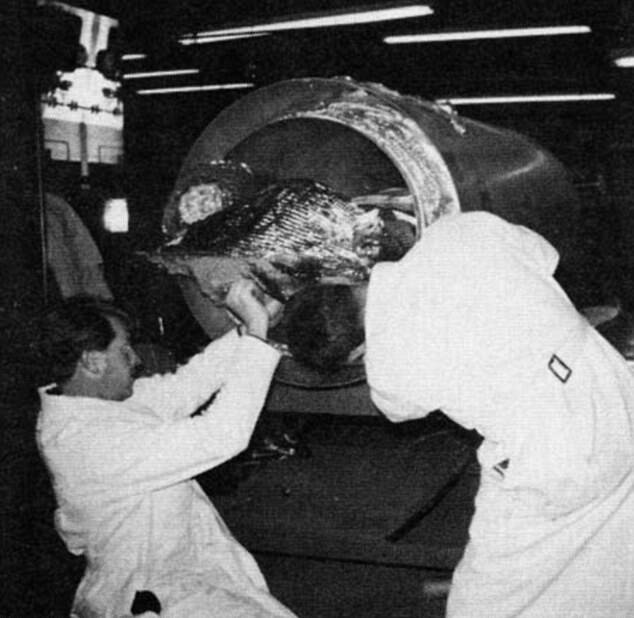 Alcor Life Extension FoundationAfter placing him in the capsule, technicians covered Bedford’s feet with heat shielding and bolted his stretcher into place.

“When we froze Bedford, man had never been on the moon, there had never been a heart transplant, there was no GPS, no cellphones,” Nelson recalled. “I called up and said, ‘I have a problem and I need your help.’ Sandra [Stanley] said, ‘What?’ I said, ‘I have this frozen guy and no place to put him and it’s going to be two or three weeks.'”

Nelson then drove a chilled Bedford stashed in the back of his truck to his friend’s place. “It was crazy. I look back at it now, and I think, ‘Oh my God.'”

Bedford was officially frozen when the coffin capsule was finished. He was injected with medical-grade antifreeze through the neck, oxygen was pumped through his system with a machine called an iron heart, and then he was placed into a coffin-shaped capsule filled with dry ice.

Despite the group’s inexpert efforts, the fad caught on and a thoroughly under-qualified Nelson quickly had his hands full. 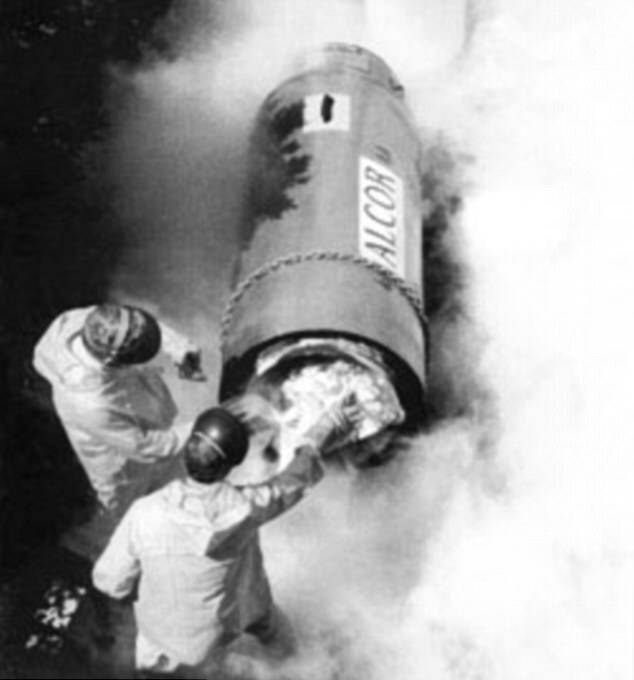 Alcor Life Extension FoundationBedford’s body being transferred from his initial “cryocapsule” into a more modern container.

Besides experience, Nelson’s organization lacked money. They were forced to freeze their subjects in dry ice and boxes lined with styrofoam. None of the few other organizations that existed in the field of cryonics even had doctors or morticians.

Nelson at least had the help of mortician Joseph Klockgether, who was responsible for injecting the bodies with the proper fluids and then storing three of those bodies packed in dry ice in his mortuary. But even he grew uncomfortable with their situation by 1969.

By May 1970, Nelson had purchased an underground vault in Oakwood Memorial Park Cemetery in Chatsworth outside Los Angeles. Here, he planned to preserve the bodies of nine volunteers all from the Society. These included Luis Nisco, Helen Kline, Steven Mandell, Pedro Ledesma, Russ Stanley, Mildred and Gaylord Harris, Marie Phelps-Sweet, and Geneviève de la Poiterie.

Marie Phelps-Sweet was the first woman to be cryonically preserved. She was followed by Geneviève de la Poiterie, an eight-year-old girl who died of cancer, who was the first child to be frozen. 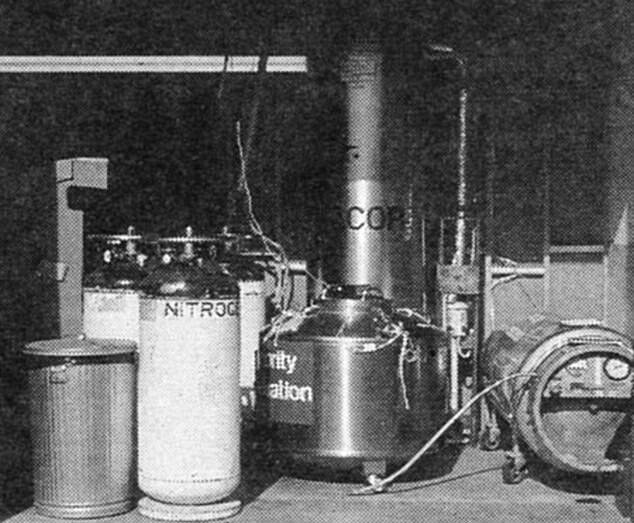 Across the decade, Nelson’s meager funding ran out and he constantly faced problems regarding ice replacement and irrigation. Cryonic subjects today are cooled slowly over a three-day period, but Nelson couldn’t afford such luxuries, nor had the medical know-how to even consider it. Meanwhile, he placed multiple bodies in one capsule and wasn’t exactly forthcoming about that fact with the relatives of the deceased.

In March 1979, Nelson locked the vault and walked away from the venture altogether.

Inside that Chatsworth cemetery he left nine bodies in liquid nitrogen capsules that, without regular maintenance, would melt and leave the bodies to decompose. The cemetery eventually covered the entrance to the vault with turf and denied having any records of it.

Freezing People Is (Not) Easy 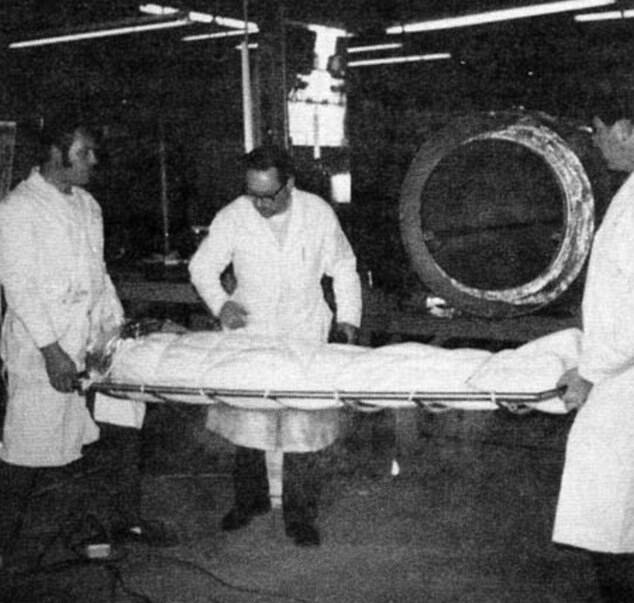 Alcor Life Extension FoundationBedford’s body being wrapped in a Dacron polyester sleeping bag before being transferred into another new capsule.

“When I did put the lock in the vault, I was heartbroken,” said Nelson. “I went out into the desert and had a ceremony and said goodbye to these people. I did the best that I could.”

He and his business partner, mortician Joseph Klockgether, were consequently sued by families of the (un)frozen for a total of $800,000. He later settled. “They [the prosecution] presented me as someone who was trying to start a new religion,” said Nelson. “Someone trying to bring back the dead. A brilliant attack. I couldn’t get over it.”

Mentally exhausted and financially drained, Nelson washed his hands of cryonics, moved, and changed his name.

A NOVA mini-doc on the work being done by Alcor Life Extension Foundation.

Bob Nelson revisited his tumultuous life in cryonics in his 2014 memoir, Freezing People Is (Not) Easy. The premise garnered Hollywood’s attention, where a comedy film currently idles in pre-production.

As for the study of cryonics, in 2016, MIT graduate Robert McIntyre successfully froze and revived a rabbit. The rabbit was revived with all of its synapses and cell membranes intact.

And as for the frozen body of Dr. Bedford, his body was moved several times before being rehoused by the Alcor Life Extension Foundation in 1991. When he was first removed from Nelson’s care, he was found to be miraculously “well-developed, well-nourished male who appears younger than his 73 years.”

The Alcor facility in California currently holds 148 frozen corpses. Only time will tell if Nelson was in over his head — or ahead of his time.

After learning about how Bob Nelson and a group of amateurs carried out history’s first cryonic freezing, read about the creepy and unsolved mystery of the Max Headroom incident. Then, learn about the seven most terrifying science experiments ever conducted.