The park's guidelines urge visitors to remain 25 yards away from large animals. This woman was likely within 10 feet. 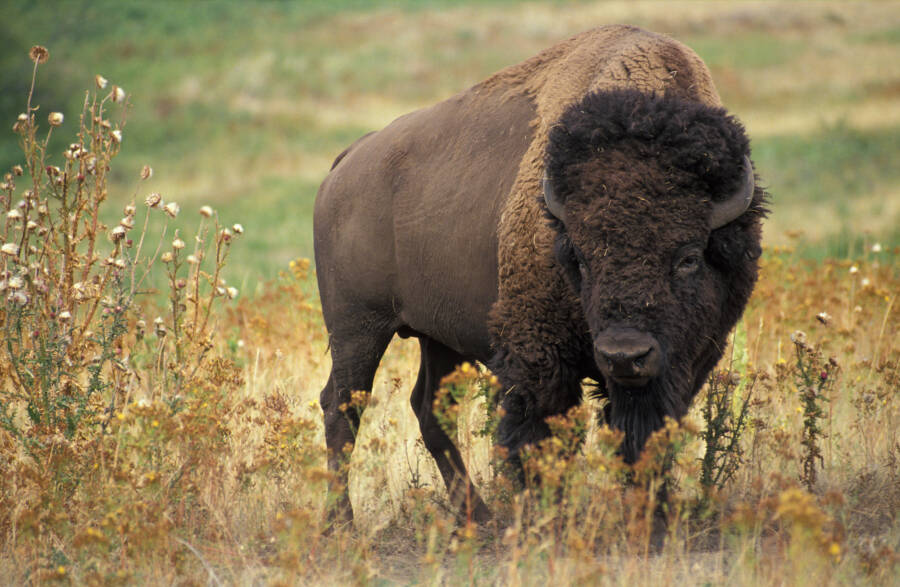 Wikimedia CommonsMale American bison can weigh up to 2,200 pounds.

A 72-year-old California woman visiting Yellowstone National Park last week was gored repeatedly while trying to snap a photo of a bison.

According to CNN, Yellowstone National Park guidelines plainly state that visitors must stay 25 yards away from all large animals. This woman instead attempted to approach the American bison multiple times in order to take a photograph of it. On her final attempt, she was attacked and left with serious injuries.

The brutal June 25 incident occurred at Bridge Bay Campground in northwest Wyoming. The visitor was promptly treated by rangers and then airlifted to Eastern Idaho Regional Medical Center. As it stands, her condition remains undisclosed — as officials continue to investigate the incident.

“To keep people and wild animals safe when wildlife watching, it is paramount to understand their needs, respect their space, keep a safe distance and avoid any actions that might frighten, aggravate, or incite them,” said a spokesperson for the Humane Society of the United States.

“These incidents should never have to happen.”

A TODAY segment on the unfortunate incident.

“The series of events that led to the goring suggest the bison was threatened by being repeatedly approached to within 10 feet,” said Chris Geremia, Yellowstone’s senior bison biologist.

“Bison are wild animals that respond to threats by displaying aggressive behaviors like pawing the ground, snorting, bobbing their head, bellowing, and raising their tail. If that doesn’t make the threat move away, a threatened bison may charge.”

“To be safe around bison, stay at least 25 yards away, move away if they approach, and run away or find cover if they charge,” said Geremia.

Wolves and bears, meanwhile, should be avoided by at least 100 yards. 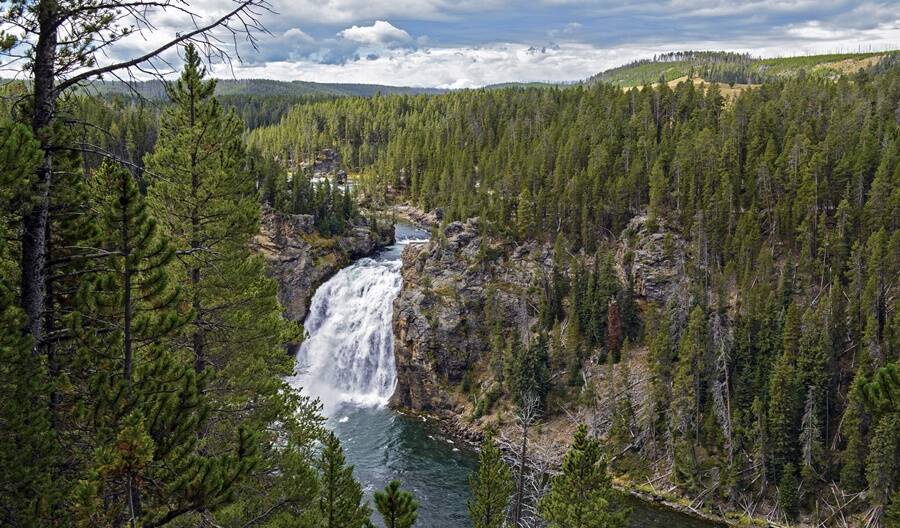 Jerry and Pat Donaho/FlickrThe woman was airlifted to an Idaho hospital. Her condition remains undisclosed.

“With millions of Americans taking to the outdoors this summer — and particularly this holiday weekend — this incident is an important reminder to exercise the greatest of caution when exploring landscapes that wildlife call home,” said John Griffin, Senior Director of Wildlife Protection for the Humane Society.

The injured woman remains unidentified, though she wouldn’t be the first Yellowstone visitor to be injured — or killed — by surrounding wildlife. Just last week, a 37-year-old woman from Columbia, Missouri, was injured by a female grizzly bear during a hike near Old Faithful on the Fairy Falls Trail.

According to ABC News, one of the bears knocked her onto the ground before scratching her thigh and face. Fortunately, she had bear spray handy — which saved her life. While this encounter was no laughing matter, the woman escaped with only a minor injury.

The American bison once roamed all of North America in great numbers, but by the 18th century, a combination of commercial hunting and the introduction of bovine diseases from domestic cattle nearly led to its extinction. The American bison dropped from an excess of 60 million in the late 18th century to 541 by 1889.

Today, these animals are in stable numbers, though only 30,000 currently exist on public lands including environmental and government preserves like Yellowstone. The vast majority of the remaining American bison live in captivity.

After learning about the 72-year-old woman who was gored by a Yellowstone bison while trying to take a photo, read about the hunter who was gored to death by a deer’s antlers after he thought he killed it. Then, learn about the trophy hunter fatally gored in the groin by the mate of a buffalo he killed.