"I've worked for the Game and Fish Commission for 20 years, and it's one of the stranger things that's happened." 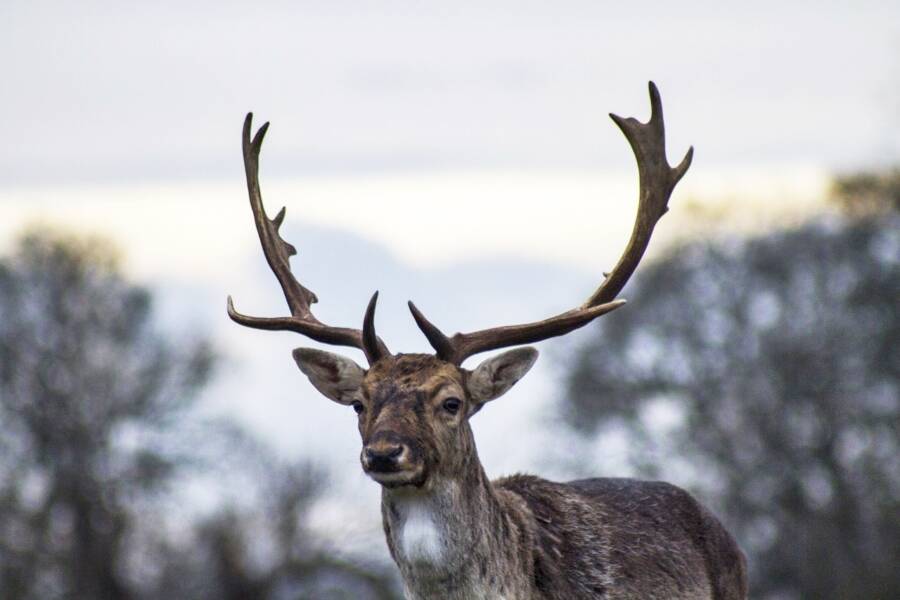 PixabayThe hunter, who was able to phone his family after being gored, died later at the hospital.

In a karmic twist of fate, a hunter in Arkansas was recently gored to death by a deer he had shot. The deer, seemingly dead, suddenly rose back up and punctured the hunter’s body multiple times, before escaping the scene.

According to local news outlet KY3, 66-year-old Thomas Alexander was hunting deer near Yellville when he shot a buck. Suspecting the deer was dead, Alexander approached the animal’s body to inspect it. That’s when the buck suddenly got up and punctured his body, causing multiple stab wounds.

“I’ve worked for the Game and Fish Commission for 20 years, and it’s one of the stranger things that’s happened,” Keith Stephens, the Communications Chief of Arkansas’ Game and Fish Commission, said of the grisly death. Despite his injuries, Alexander was lucid enough to call his family, who then called emergency responders. But he passed away later at the hospital.

The Game and Fish Commission stated it was unclear whether Alexander died from his puncture wounds or whether he died from other causes, like a heart attack. Either way, we may never know for sure since the family has decided not to do an autopsy of the body.

Deer season may mean different things to different people, but one thing remains the same, its roots run deep in the Natural State. pic.twitter.com/Vej7CfzC8P

Fatal cases of hunters getting maimed by deer is considered rare, though they have happened before.

“There was somebody that did get stuck by a buck’s antlers, and this was about four years ago. And it was pretty significant, but they did survive,” Stephens said of a similar case in Ashley County. Last year, there were three other fatal accidents related to deer-hunting but none involved injuries sustained from getting stabbed by the deer’s antlers.

“One was from a fall from a deer stand, one was a victim that was mistaken for a deer, and the other was self-inflicted during muzzleloader season,” Stephens told Newsweek.

Almost 100 deer hunting accidents have occurred over the last five years with the majority of them caused by falls from elevated deer hunting stands, not animal attacks. Five of those falls resulted in deaths.

Deer are not considered aggressive animals except in scenarios where they are protecting their young. But these animals are easily spooked and are fast-moving creatures. 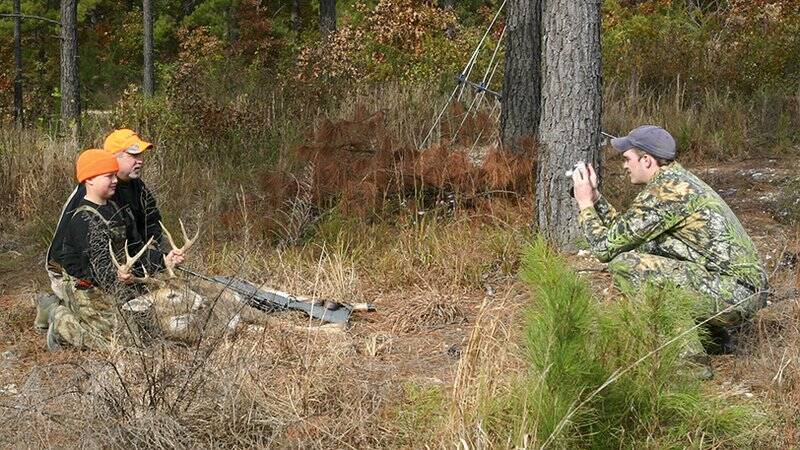 Arkansas Game And Fish/TwitterFamily of hunters snap a photo with a dead deer, a cherished tradition among wildlife hunters.

“When you get up there, be really careful around it because it may not be dead. But if you let them lay there for a while and they don’t move, and he may have done that. We just don’t know,” Stephens said.

His agency recommends that hunters wait at least 30 minutes before approaching a shot deer. In Alexander’s case, it’s unclear how long he waited before inspecting his faux-kill, nor is there any way of knowing if the deer was actually shot or if he just got stunned by the hunter’s rifle.

A report on the commission’s website states approximately 33,134 deer have been “harvested,” a term used by hunters to refer to wildlife killings, this season. Out of that total, 10,714 were antlered deer.

According to Stephens, hunting is considered a “wildlife management tool” in Arkansas.

“Deer hunting keeps our deer populations in check for the available habitat, or what we call carrying capacity,” Stephens said. He explicitly mentioned collisions between deer and cars, and deer destroying local agriculture among the state’s pervasive deer issues.

Now that you’ve learned about the hunter who got gored by a fake-dead deer, read about another hunter who was fatally gored in his groin by the mate of the buffalo he shot. Then, read how a Big Game hunter was trampled to death by the elephant he was going to kill.