Meet Robert The Doll, The Haunted Toy That’s Been Terrorizing Florida For Over 115 Years

The creepy story of Robert the Doll began when he was gifted to a young boy named Robert Eugene Otto in 1904 — and he's brought horror to Key West ever since. 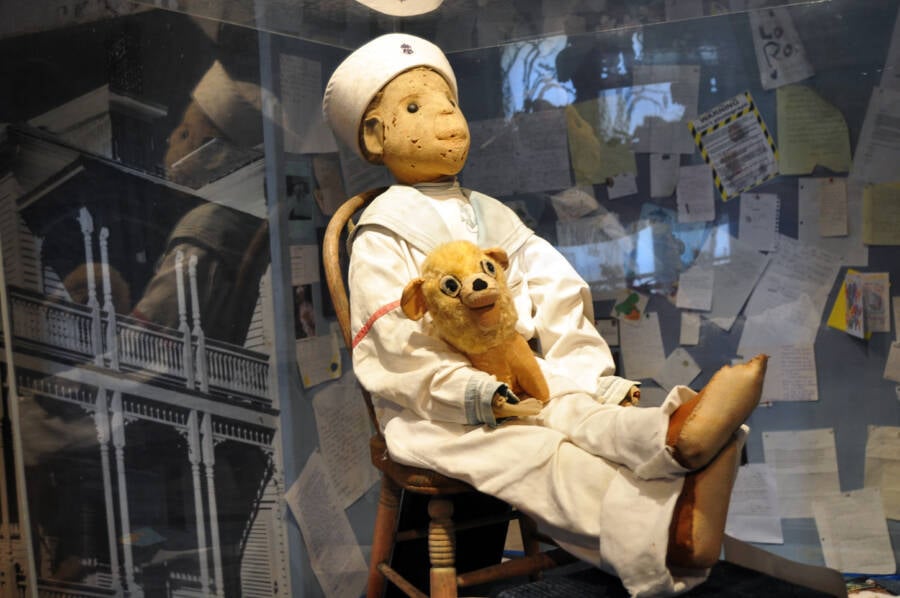 Noticeably homemade with a fabric face that’s worn with time, Robert the Doll appears to be a simple, friendly toy. But his eyes are hard beads of black and his sailor suit, while pressed and clean, once belonged to his now-deceased owner. On his lifeless lap sits a disturbing toy pooch with big bulging eyes and a long tongue that hangs maniacally out of its mouth. Indeed, upon second look, Robert the Doll isn’t so innocent.

In fact, legend has it that this 116-year-old straw doll is haunted by a malevolent spirit to this day. His original owner, a boy named Robert Eugene Otto, used to blame his mischief on the doll — until the evil forces inside the toy took hold and the mischief became more sinister.

Even today, misfortune allegedly befalls all those who insult him. From allegedly breaking people’s bones to causing their cars to crash, Robert the Doll remains a terrifying figure for all who encounter him.

The Mysterious Origins Of Robert The Doll 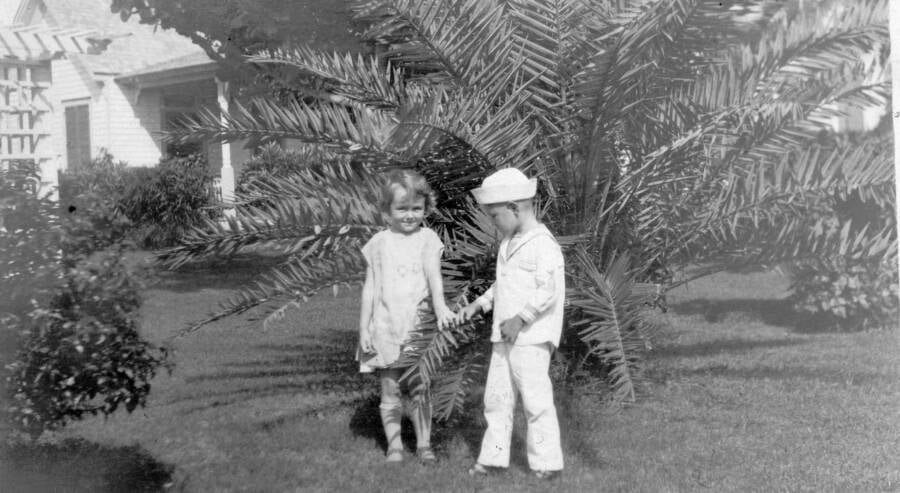 There’s a bit of debate surrounding Robert’s origins. Some claim that he was gifted to his late owner Robert Eugene (Gene) Otto from his grandfather in 1904. But locals recall a more sinister backstory. They claim that the straw-filled toy was given to young Otto by one of the family’s young maids, who hexed it in retaliation for some wrongdoing.

Officials at the Fort East Martello Museum, where Robert resides today, deduced that the doll was actually never intended to be a doll in the first place. Robert’s origins were traced back to the Steiff Company, the same toy company that designed the very first teddy bear, where a company historian told the museum that the doll was most likely meant to be a part of a window display.

Nonetheless, Robert was taken in by the Otto family and became little Gene Otto’s best friend. 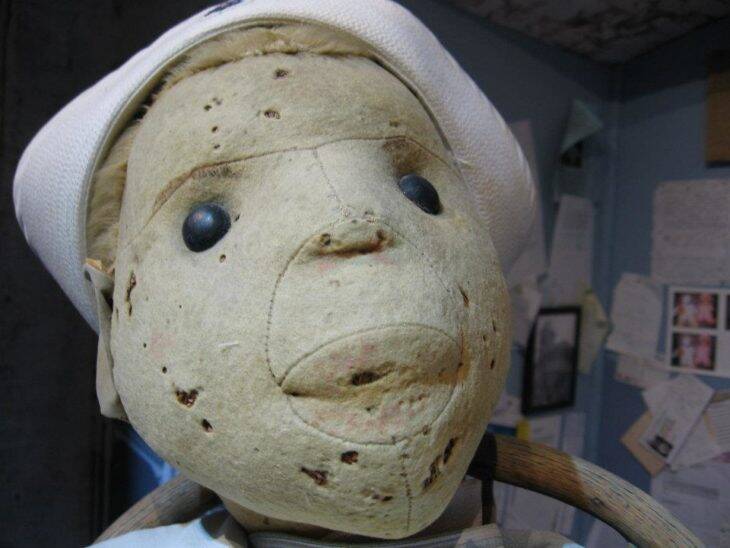 FacebookRobert the haunted doll is made of fabric and straw.

Young Otto was so enamored with the doll that he named it after himself, clothed it in his very own clothes, and despite the toy’s awkwardly large size, carried it with him wherever he went. Otto was so close to his new “friend” that his parents would often hear him whispering to it. This seemed totally normal — until one day they heard a deep voice answering back.

“What people really remember is what they would probably term as an unhealthy relationship with the doll,” said Cori Convertito, curator of the Fort East Martello Museum and Robert’s current caretaker in an interview with Atlas Obscura. “He talked about it in the first person as if he weren’t a doll, he was Robert. As in he is a live entity.”

How The Haunted Doll Terrorized Robert Eugene Otto And His Family 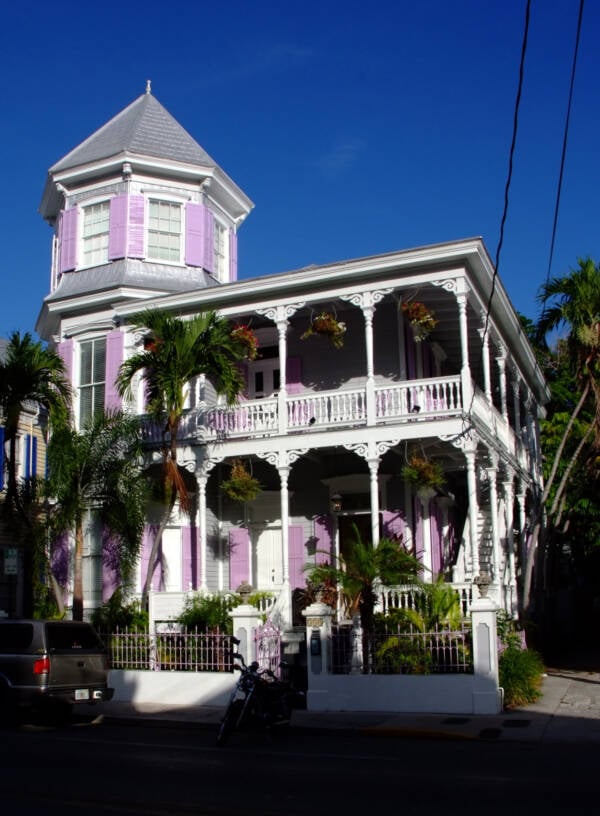 Cayobo/FlickrThe Artist House, once the home of Robert Eugene Otto. Robert the Doll would sit in the top rotunda window.

Soon, however, strange things began to happen around the Otto household. According to legend, Otto’s parents would wake up in the middle of the night only to find their poor boy screaming and surrounded by overturned furniture.

As Robert Eugene Otto grew older, Robert became even more malicious, as mutilated toys started appearing in the Otto’s home. And young Otto would cry: “Robert did it!”

Once, a plumber who had been hired to make repairs around Otto’s home claimed to hear children’s laughter, though no one was home at the time.

When he looked around the room, the plumber noticed that Robert the Doll had moved from one side of the window to the other, seemingly on his own. What’s more, the plumber swore that objects that had been in Robert’s lap ended up on the other side of the room — as if he’d thrown them.

Eventually, Otto grew up and moved away. After studying at the Academy of Fine Arts in Chicago, and the Art Students League in New York, Gene Otto went to the Parisian Sorbonne, where he met his wife, Anne.

Otto brought the doll back to his childhood home at 534 Eaton Street in Key West, Florida — and he called the home “The Artist House.” Today, the Victorian home is a “haunted” B&B. 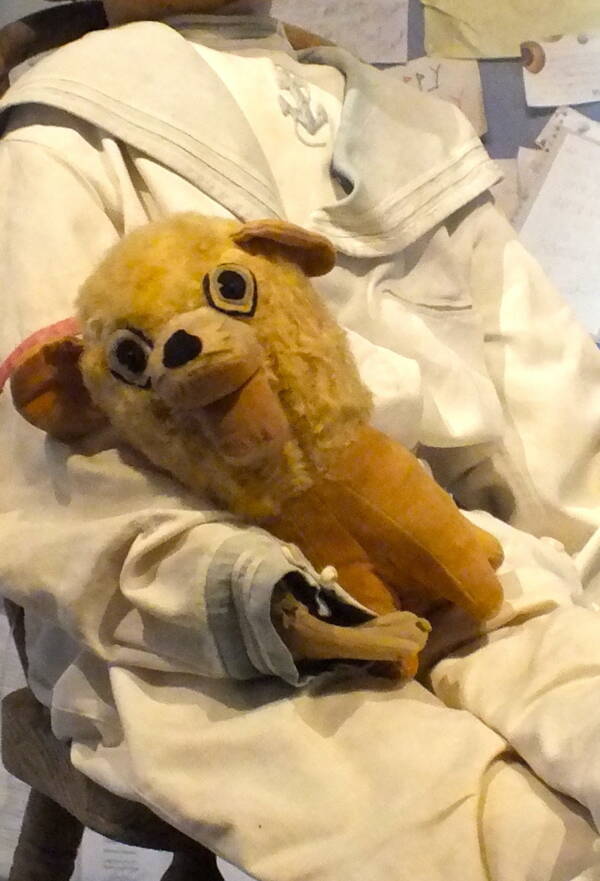 Wikimedia CommonsRobert the Doll’s own companion, an unhinged-looking stuffed dog.

Otto designed a special room for Robert in the attic, complete with furniture, toys, and even a teddy bear of Robert’s own. But Otto’s wife was not as keen on his childhood toy and requested that he keep the doll locked up.

Robert was allegedly not fond of this. He is said to have repeatedly weaseled his way out and situated himself in a chair facing out of an upstairs window, where he could be seen by passersby below. People who passed 534 Eaton Street soon avoided walking near the house altogether.

Locals swore that the doll would disappear and then reappear facing another direction, or that his gaze would follow them as they passed. Visitors inside the Artist House also claimed that they could hear footsteps coming from the attic and that things would seem to move about the home on their own, with no explanation.

The Terrifying Legacy Of Robert The Doll To This Day 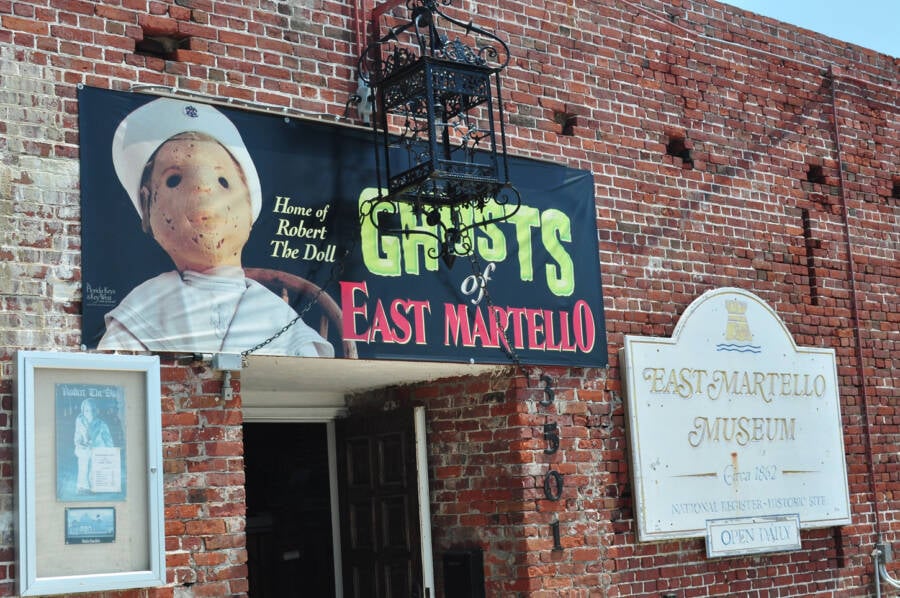 After Robert Eugene Otto died in 1974, a woman named Myrtle Reuter purchased the Artist House, which meant Robert the Doll had a brand-new caretaker.

Reuter lived with Robert for 20 years — it’s said she even took him with her when she moved to a new home in the 1980s.

Finally, she donated the creepy toy to the Fort East Martello Museum in 1994, claiming that the doll was indeed haunted.

The museum accepted the doll and its baggage, assuming Reuter’s claims were, of course, nonsense. Almost immediately, however, museum employees reported their own inexplicable happenings with the doll.

Nonetheless, numerous visitors have lined up to see Robert the Doll on display. Even stranger, fans and fearful believers send letters directly to Robert, sometimes praying to him, sometimes apologizing for having looked at him the wrong way while visiting the museum.

“He gets probably one to three letters every day,” said Convertito. Some visitors write to ask Robert for advice or if he could place a curse on people who have wronged them.

Since his arrival, Robert has received nearly 1,000 letters. But that’s not all he receives. Visitors have also been known to leave candy, money, and sometimes even joints.

In 2015, a Robert the Doll movie was released simply titled Robert. The film loosely follows the origin story of Robert the Doll, beginning with his arrival in the Otto family home (yes, the family in the movie is indeed named “Otto.”).

Who would have thought a doll could hold so much power? Even after 116 years, Robert seems to be as sharp as ever. To this day, visitors claim that cameras malfunction in his presence and electronic devices go haywire.

After learning the creepy story of Robert the Doll, check out Australia’s doll hospital. Then, read about the history of the teddy bear.