‘A Match Made In Hell’: How Robert Thompson And Jon Venables Became Killers At Age 10

On February 12, 1993, Robert Thompson and Jon Venables kidnapped 2-year-old James Bulger in Bootle, England. They then brutally tortured and murdered him before placing his body onto train tracks. 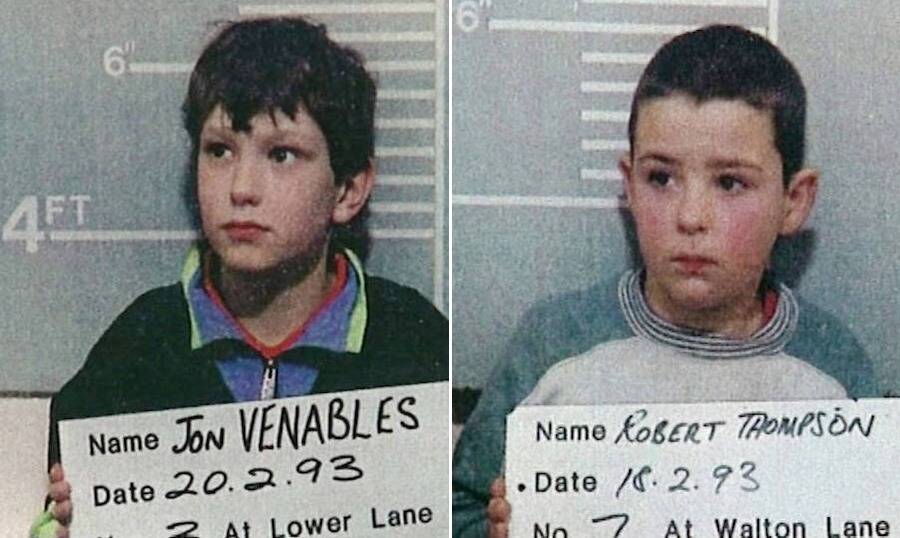 BWP Media/Getty Images Jon Venables and Robert Thompson, pictured after their arrest for the murder of James Bulger.

At first glance, Robert Thompson and Jon Venables seemed like two ordinary 10-year-olds. But in 1993, these two British boys became cold-blooded killers — and murdered a toddler. Their young age, coupled with the brutality of their crime, shocked the United Kingdom to its core.

On February 12, 1993, Robert Thompson and Jon Venables abducted a 2-year-old boy named James Bulger from the New Strand Shopping Centre in Bootle, England. They then led him to an area called Walton in Liverpool, where they tortured him, beat him to death, and abandoned his body on a railway track in an effort to make his murder look like an accident.

Though authorities initially thought Bulger had been abducted by an adult, CCTV footage revealed the shocking truth — that he had been taken by two kids. Just a couple of days later, Bulger was found on the same railway track where his killers had left him. His body had been severed in two by a train.

Before long, an anonymous caller reported to the police that Thompson and Venables were behind the murder, revealing that both boys had been absent from school on the day of Bulger’s disappearance and that there may have been some criminal evidence on Venables’ jacket. Both boys were soon arrested, and it didn’t take long for them to turn on each other.

The crimes of the 10-year-old killers horrified Britain. Though nearly three decades have passed, the story of Robert Thompson and Jon Venables remains shocking to this day. But unfortunately, their story didn’t end in 1993. 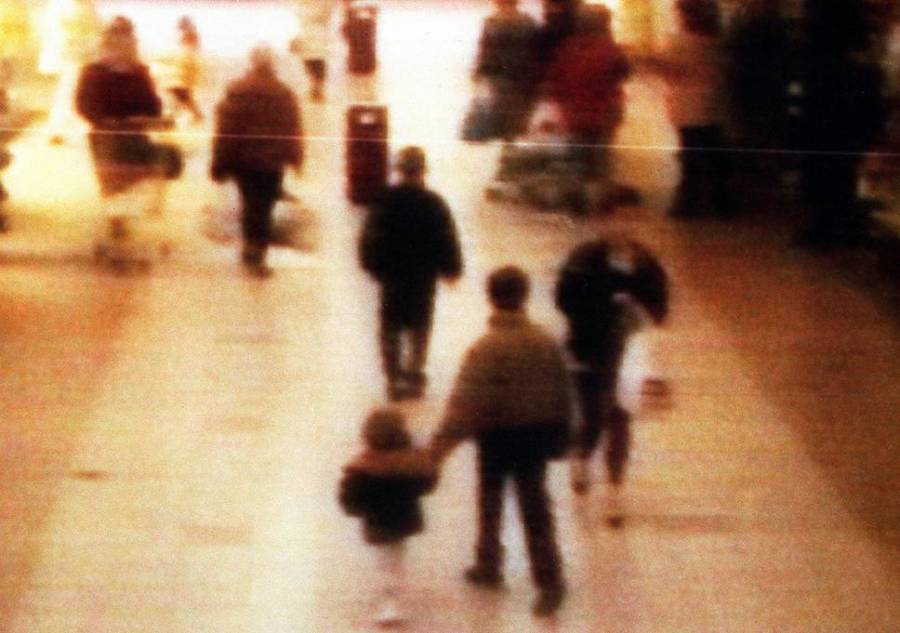 Both Robert Thompson and Jon Venables had rough early years. Thompson was the fifth of seven children, born on August 23, 1982, in Liverpool, England. His father had abandoned the family early on, causing his depressed mother to turn to alcohol and even attempt suicide.

As for Venables, he was also born in Liverpool, and just a few days before Thompson, on August 13, 1982. Like Thompson, Venables’ parents were separated. Though Venables’ father was still in the picture, his mother was known to be “harsh” toward the young boy. She was also accused of being a “loose” woman who was often seen with several different men.

By the time Thompson and Venables skipped school together on February 12, 1993, the two boys were good friends. Though they were known to be rule-breakers, they mostly dabbled in low-level criminal activity, like stealing small items from stores and throwing them down mall escalators.

But on that fateful day, the two boys would take their crimes to a horrific new level — by kidnapping and killing a child. Shockingly, James Bulger wasn’t the first child they targeted that day. They first attempted to lure a three-year-old girl and her two-year-old brother away from their mother. Though they were unsuccessful, Thompson and Venables didn’t give up.

They spotted Bulger in a butcher shop and grabbed him. Though Bulger’s mother Denise Fergus had been holding his hand, she had briefly let go to pay for groceries, only to look down with horror and realize that her child had vanished. “I shouldn’t have let go of his hand,” Fergus later said. “That was the biggest mistake of my life. I shouldn’t have let go.” 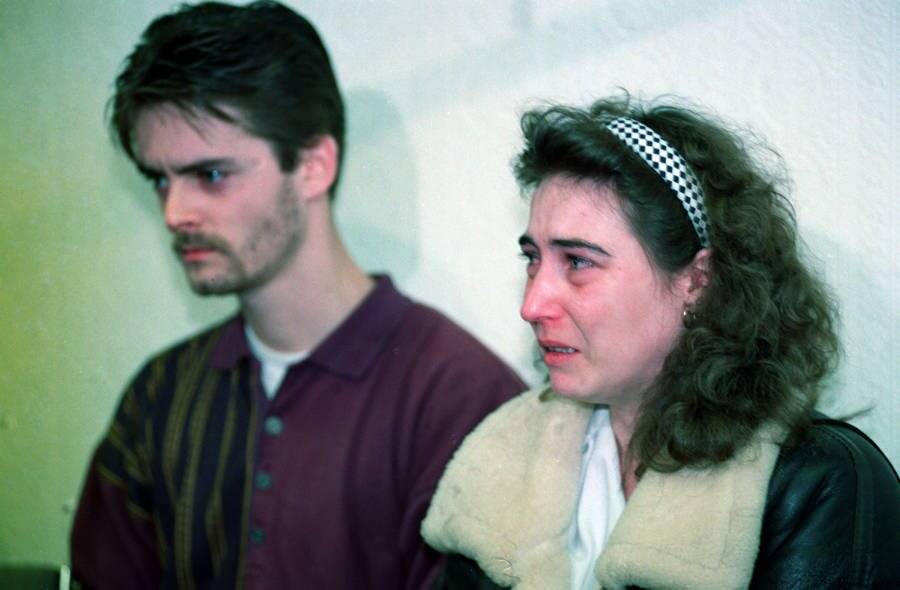 Security cameras caught the three children walking outside at 3:42 p.m. By that point, Fergus had already alerted mall security, who made several announcements to shoppers about the missing child. But by 4:15 p.m., there was no sign of the boy and so he was quickly reported missing to the police. Denise Fergus and her then-husband Ralph Bulger were worried sick.

Meanwhile, Robert Thompson and Jon Venables led the toddler far away from the mall and toward another town. Though many people on the streets believed that the three boys were siblings, others were concerned about Thompson and Venables’ aggressive behavior toward Bulger.

Some witnesses later reported that the older boys roughed up Bulger in plain sight, kicking, punching, and shaking him. While some adults stopped to ask the children a few questions, they all let the boys go on their way, apparently believing that Bulger was either being taken home or to the police station. Many of them would later express regret for not doing anything.

Thompson and Venables eventually arrived near a railway track in Walton. There, they splashed stolen blue paint into Bulger’s eyes. They then bludgeoned him with bricks and stones, kicked his battered body, and shoved batteries into his mouth. Finally, they hit Bulger over the head with a 22-pound iron bar. That blow alone caused 10 skull fractures.

By the time Bulger was dead, he had sustained 42 brutal injuries in total. The toddler’s heartbreaking final words were: “I want my mum.”

After murdering Bulger, Thompson and Venables placed his body on the railway track in an attempt to make his death look accidental. Though a train came — and severed Bulger’s body in two — it was obvious that his demise was no accident. His body would be found two days later by a group of horrified teenage boys who were playing in the area.

How The 10-Year-Old Killers Were Caught 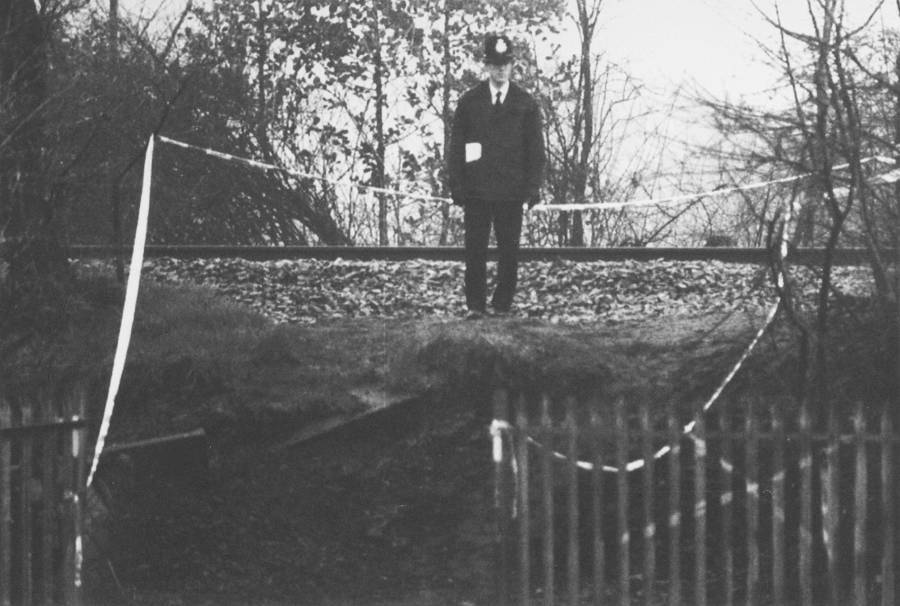 While the abduction of James Bulger was caught on camera, police had few leads for potential suspects. In addition, they thought that the kidnappers might’ve been 13 or 14 years old, which threw them off track.

But as they scanned the lists of children who had been absent that day from local schools, they soon received an anonymous phone call that blamed Venables and Thompson for the crime. Not only had both boys been truant that day, but Venables had also been seen with blue paint on his jacket (the same color that had been used to blind Bulger during his torture).

The cops soon checked both boys’ homes. Not only did they find blue paint on Venables’ jacket, but they also found blood on Thompson’s shoes.

Robert Thompson and Jon Venables were arrested on February 18, 1993, a little less than a week after the murder. At first, Thompson denied everything. But it didn’t take long for Venables to confess. Venables soon blurted out, “I did kill him. What about his mum, will you tell her I’m sorry?”

Though Thompson tried very hard not to incriminate himself while he was speaking to the interrogators, he failed when he gave a detailed account of what James Bulger had been wearing on the day he was killed.

After questioning Thompson and Venables, Detective Phil Roberts said, “As far as I’m concerned that day… I stared evil in the face.”

Roberts continued, “They were a match made in hell. A freak of nature. They went out that day to kill — I truly believe that. And if they hadn’t been caught I fear they would have struck again.”

Though both boys had killed Bulger, Roberts believed that Thompson was “in charge.” And Roberts wasn’t the only one. During the murder trial in November 1993, Thompson was depicted as the leader, and Venables the follower. This was largely due to the fact that Venables appeared more emotional, while Thompson often appeared chillingly unfazed.

Meanwhile, court-appointed psychiatrists said that both Thompson and Venables knew the difference between right and wrong. They also said that neither boy was a sociopath. However, the psychiatrists were not able to find a motive for this horrific crime. To this day, the motive still remains unclear.

On November 24, 1993, Robert Thompson and Jon Venables were found guilty of the abduction and murder of James Bulger, making them the youngest convicted killers in modern British history. Both boys were ordered to be imprisoned until review when they turned 18.

Where Are Robert Thompson And Jon Venables Now? 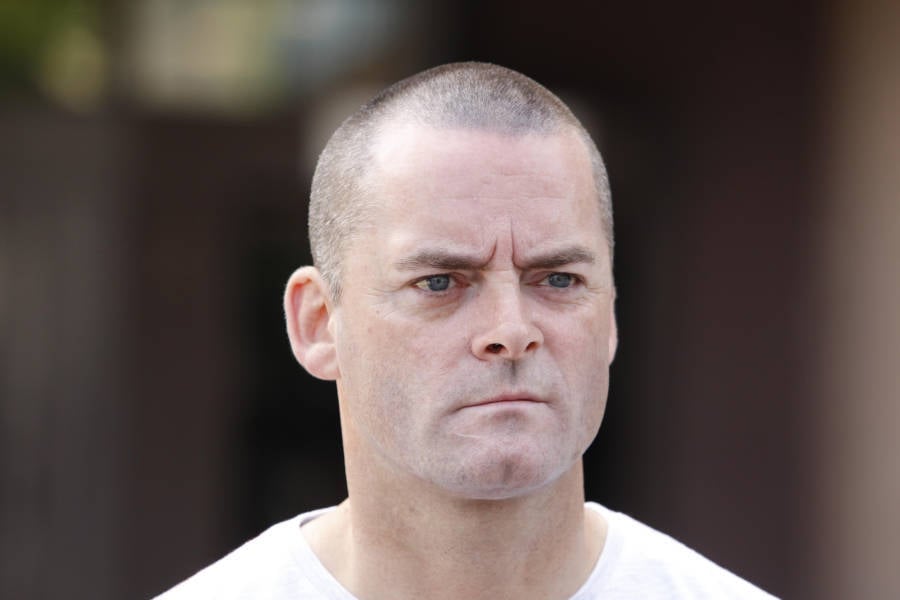 From 1993 to 2001, Venables served time in the Red Bank secure unit in St. Helens, Merseyside. While there, he reportedly told his fellow inmates that he was a car thief. Thompson was held at Barton Moss near Manchester, where he cultivated an interest in subjects like art and theater.

Both Venables and Thompson were released at age 18 in June 2001. Due to the national furor surrounding their case, they were both given new identities. Since then, the two men have taken vastly different paths.

Though Thompson was believed to have been the leader of the James Bulger murder plot, he has never reoffended since he’s been released. Though not much is known about his current whereabouts, he is reportedly in a stable relationship with a man who is fully aware of his past.

As for Venables, he has been thrown in prison again on multiple occasions, most notably for possession of child pornography and a “pedophile manual,” which described how to abuse young girls in sickening detail.

Venables was first imprisoned for possessing images of child abuse in 2010, but he was released in 2013. He was arrested yet again in 2017 for the same crime. And in 2018, he was sentenced to 40 months after admitting to possessing more than 1,000 child abuse images and the pedophile manual.

Most recently, Venables was denied parole in September 2020. He was then told that he’d have to wait two more years before he’d be eligible for parole again. But according to some sources, Venables does not want to be freed, in part over fears he’ll re-offend and in part over his inability to avoid drugs.

James Bulger’s father Ralph Bulger thinks that if Venables were to be released now, he would be at risk of killing again. “I believe the only way to prevent him from killing another baby like James is to keep him locked up for life,” Ralph Bulger said in response to the parole board’s decision. “How can anyone say this monster is safe to live among us ever again?”

After learning about Robert Thompson and Jon Venables, read about the disappearance of Madeleine McCann. Then, dive into the maddening mystery behind the Atlanta Child Murders.