Two-Thirds Of The Developing World’s Jobs Will Be Taken By Robots, UN Report States 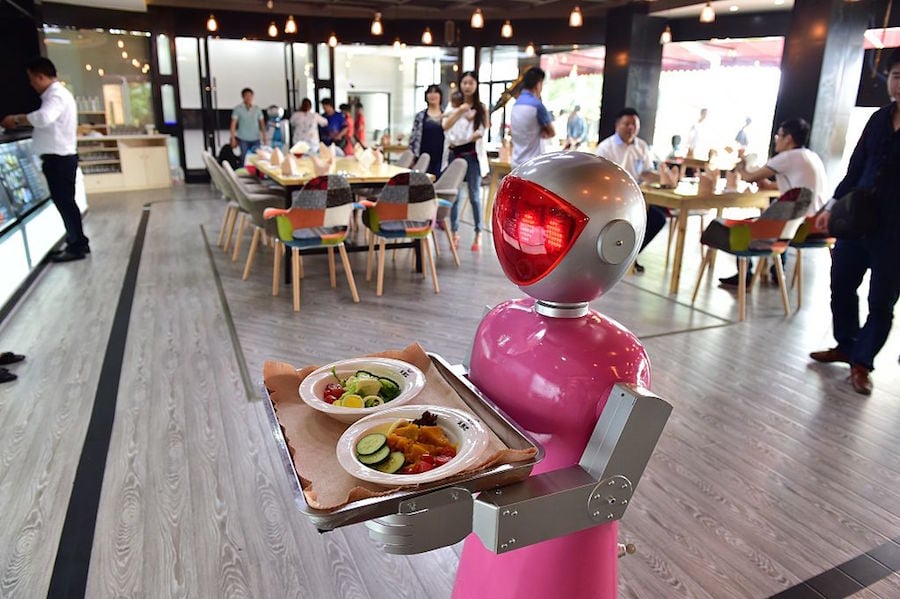 Robots seem to be the way of the future, and that doesn’t spell good news for lower socioeconomic classes, especially in the developing world.

Those of us at the bottom of the capitalist ladder will be the ones most affected by widespread automation, according to a new U.N. report. Furthermore, the developing world stands to lose “about two thirds of all jobs,” well above estimates of potential job losses in the West.

In other words, the only reason developing countries offer as many jobs as they do is because they offer cheap labor. But, robotic automation takes away the need for some of that labor and makes these developing countries vulnerable to the same economic forces that caused industries such as farming and manufacturing to outsource their production to those countries and away from wealthier countries in the first place.

This search for higher profits via lower wages will bring misery to a whole host of people. Thus, the report recommends teaching kids to use new technology so that they can step up into higher-skill occupations that engineers can’t automate — yet.

Alternatively, the report states, developing countries should try investing in complex industries (such as garment-marking) where the cost of developing competent robots outweighs the cost of paying lower-skill laborers to do the task.

The West isn’t immune to this reality either. Robots could replace 1.7 million American truckers within the next decade, which is significant considering that trucking is one of the last blue-collar jobs capable of offering a middle class salary ($42,500 per year on average).

“We are going to see a wave and an acceleration in automation, and it will affect job markets,” said Jerry Kaplan, a Stanford lecturer and robotic automation expert to the Los Angeles Times. “Long-haul truck driving is a great example, where there isn’t much judgment involved and it’s a fairly controlled environment. If you can get rid of the drivers, those people are out of jobs, but the cost of moving all those goods goes down significantly.”

Next, find out the limits of robotic sex, before checking out mankind’s most astonishing robots.