The machines are motion-activated and have LED strobe lights in their eyes. 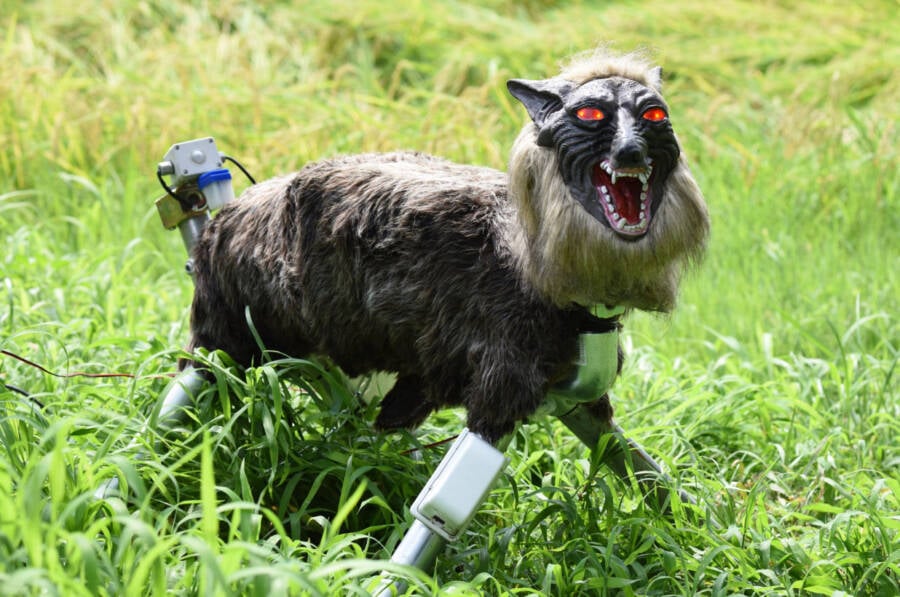 In the Japanese town of Takikawa located on the northern island of Hokkaido, there is an unusual sight: a monstrous robotic wolf. The motion-detecting robot will emit flashing lights and an intimidating sound when approached and was reportedly installed as a way to deter encroaching bears.

According to The Guardian, the town has seen an increase in bear sightings since September 2020, which compelled government officials to take action — albeit through an unusual method.

The robot, called Monster Wolf, is perched on an elevated platform and features a furry body and a menacing face set with glowing bright red eyes. At a glance, the robot looks like a Halloween decoration that was left up after the spooky celebrations ended.

But the Monster Wolf has a much more practical purpose. Bears are common around the rural areas of western and northern Japan, especially during the end of the year when the animals are gorging themselves in preparation for their long winter hibernation.

Bear sightings in this town have reached their peak in the last five years, and there have been dozens of bear attacks this year as well, with at least two of those encounters resulting in fatalities. In 2019, 157 people were attacked. There’s speculation that the decline in acorns and nuts available in the wild has pushed the bears to more populated areas in search of food.

With a growing bear problem that could result in more deaths, local officials convened for an emergency meeting to address the matter. Among the short-term solutions was the installation of a pair of these Monster Wolf robots to scare away the wandering animals.

The machines were originally a joint creation between machinery firm Ohta Seiki, Hokkaido University, and the Tokyo University of Agriculture, to fend off predators from local livestock.

The first robots were placed on Hokkaido farmland in 2016 and were so successful that now there are about 62 robots installed in various locations across Japan. Those robots cost about $4,000 each and relied on solar power to run. Farmers at the time were given the option to lease the machines on a monthly basis.

The robots are motion-activated and will bob their heads, initiate strobe lights from their eyes, and can produce 60 different sounds, from eerie howls to mechanical sounds when triggered.

“I am confident in repelling bears because I have devised various ideas. I hope it helps to create an environment where people and bears can coexist. That’s it,” Yuji Ota, president of the Monster Wolf’s manufacturing company, told Japanese news outlet NHK.

Indeed, these robots present a humane alternative to catching and killing encroaching bears. As long as they can be deterred from entering towns, then perhaps man and bear can live side-by-side without trouble. 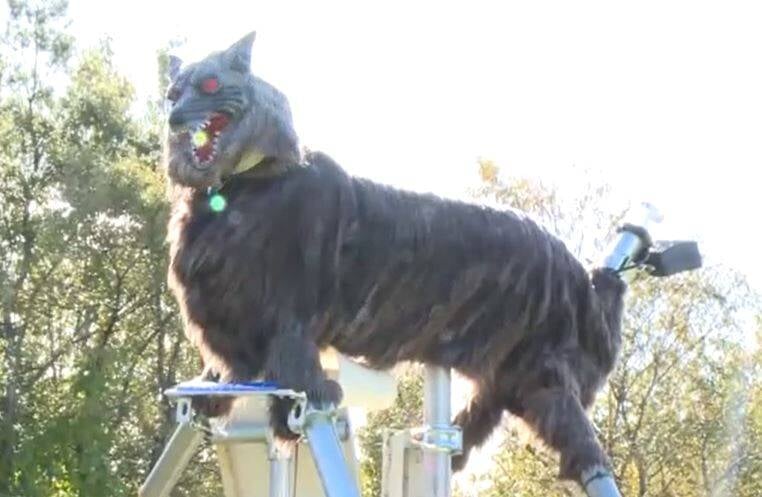 The Monster Wolf robot is, in a way, an ode to the real-life predators that once occupied parts of Japan. According to researchers, Japanese wolves have been extinct in the country for at least a century. The remains of the last-known wolf in the country were handed over to the Natural History Museum in London by a zoologist in 1905.

But since the 1990s, there have been a number of alleged wolf sightings by rural residents. This has lead to a mystery known as the Japanese “ghost” wolves, which is the belief that some wolves may still exist among the rural mountains.

As for these robotic wolves, city officials in Takikawa have so far claimed that they have been effective in keeping bears out of the town. There have not been any reports of bear sightings around the city since the Monster Wolves were set up, and if the successful trial continues, the city may install more robots on a larger scale around the parameters of the town.

It’s unclear whether the town will look into a less shocking method for a long-term solution for their bear problem. In the meantime, however, residents may not want to stray too far, lest they come face-to-face with the mechanical Monster Wolf.

Now that you’ve read about the Monster Wolf robots of Japan, read about this flexible origami robot that was built by scientists. Then, learn about the mysterious legend of the wolf-beast that terrorized the French countryside.