According to lore, Unsinkable Sam started his "career" aboard a Nazi battleship. But after that ship was torpedoed, he was rescued by the British and changed sides. 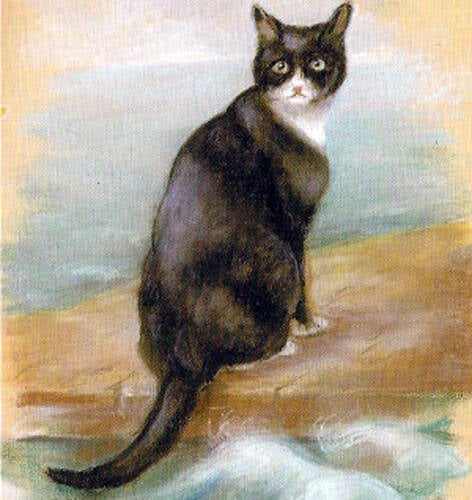 Royal Museums GreenwichPastel drawing of a cat purported to be the legendary Unsinkable Sam.

Unsinkable Sam was either incredibly lucky or an omen of death. For five years, the black and white cat escorted U.S. Navy men bound for combat in the Atlantic during World War II. According to legend, while at sea, Unsinkable Sam managed to escape three different attacks totally unscathed.

Unbelievable though the story is, there were felines who bravely took to the seas, but was Unsinkable Sam one of them — or a heartening talltale from the high seas?

The Tale Of Unsinkable Sam Begins Aboard A Nazi Battleship 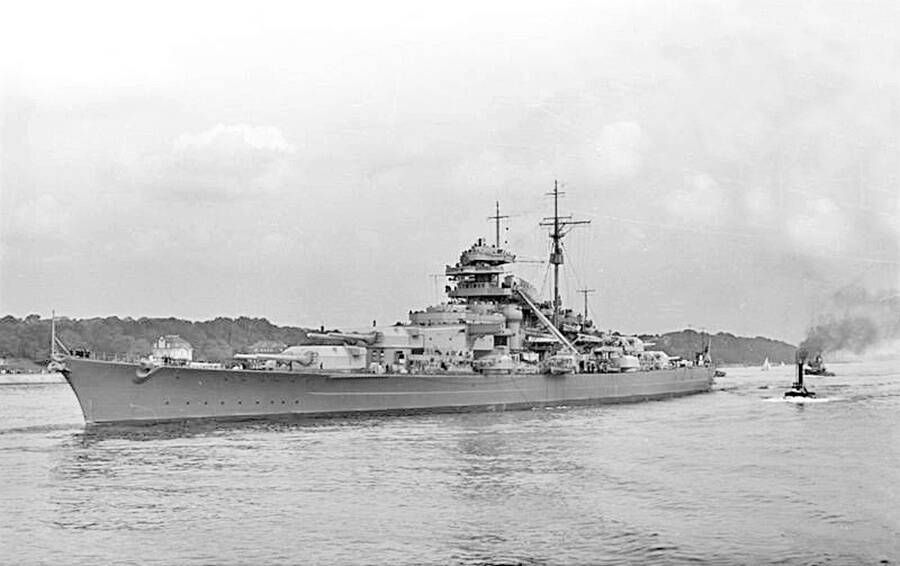 Wikimedia CommonsUnsinkable Sam was allegedly among the few who survived an attack while on board the Nazi battleship Bismarck.

The Kriegsmarine, or the Nazis’ Navy, launched the battleship Bismarck in 1939, mere months before the Reich invaded Poland and kicked off World War II. By 1941, the ship had reached the northern part of the Atlantic Ocean in an attempt to sabotage the naval envoys carrying supplies between Canada and the U.K.

Aboard the Bismarck was a crew of about 2,200 members, and it is said that among them was Unsinkable Sam, a black-and-white-colored cat. 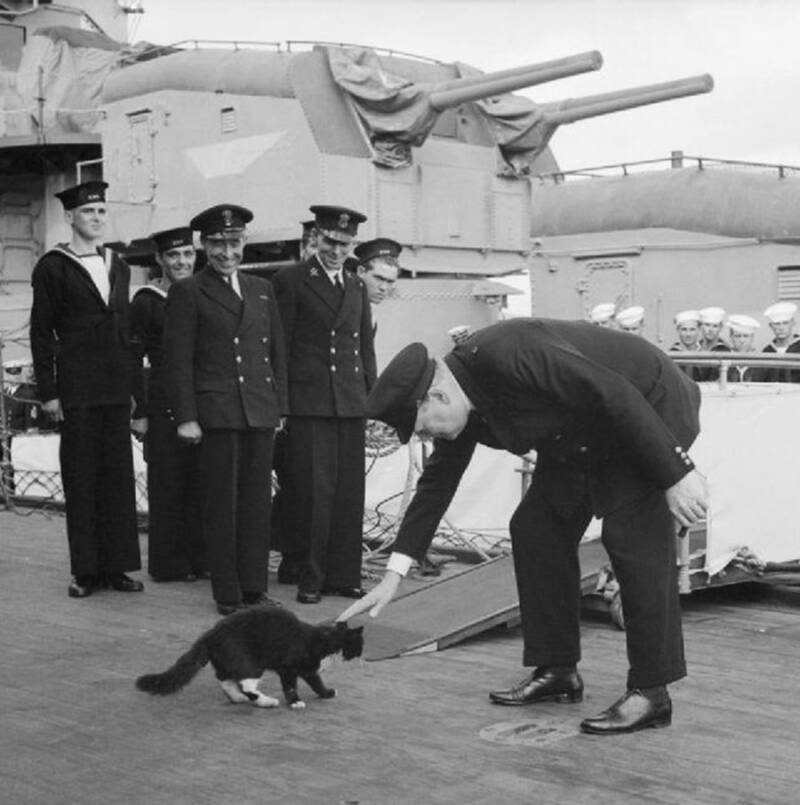 The Bismarck was destroyed following an intense three-day battle against the British Royal Navy on May 27, 1941. As it sunk, only 114 of the ship’s passengers survived — one of them Unsinkable Sam.

As the legend goes, another British battleship, the HMS Cossack, began attempting to rescue survivors of the sunken Bismarck in the open sea. Crew members spotted the lucky cat as it was seeking refuge on a floating plank. The feline then was brought aboard Cossack and given the name Oscar, which is also sometimes spelled Oskar because of his German origins.

But several months later, Cossack suffered a disaster of its own when it was sunk by a German torpedo. But yet again, Oscar was rescued by crew of the aircraft carrier HMS Ark Royal. It was while aboard this ship that Oscar is said to have received his infamous nickname, “Unsinkable Sam.”

And as fate would have it, that nickname would once again prove true, when on Nov. 14, 1941, about a month after he was reportedly rescued, Ark Royal was torpedoed. The ship was decimated, but Unsinkable Sam went unscathed. He was allegedly rescued for a third by the HMS Legion, another ship under the British Royal Navy’s fleet.

The Remarkable Story May Have Just Been A Legend 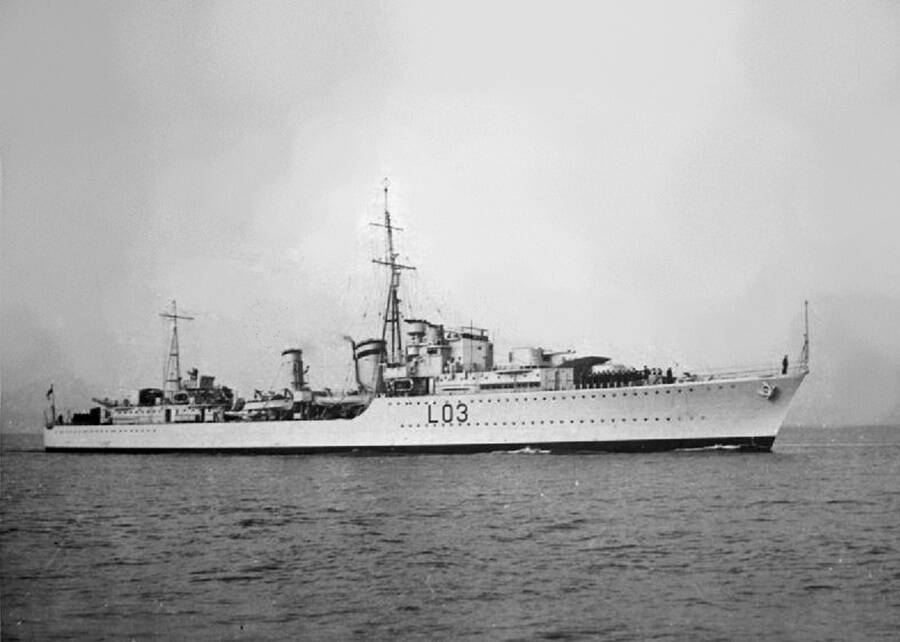 So, whatever happened to Unsinkable Sam after surviving his third shipwreck? According to Britain’s Royal Museums Greenwich, the cat retired to land, where he was placed in the offices of the Governor of Gibraltar. He was later adopted by a seaman who lived in Belfast, and that is where he died in 1955.

But like most apocryphal tales, the story of the cat who repeatedly escaped death at sea is full of gaps. For one, there are no records of a cat having been brought aboard the Bismarck, at least according to the ship’s survivors.

There’s also the issue of Oscar’s supposed appearance. There are two different portraits that are suspected to be of Oscar, both showing him as a black-and-white tuxedo cat. One is a pastel drawing made by an unknown artist, in which he is sitting on a piece of floating wood. 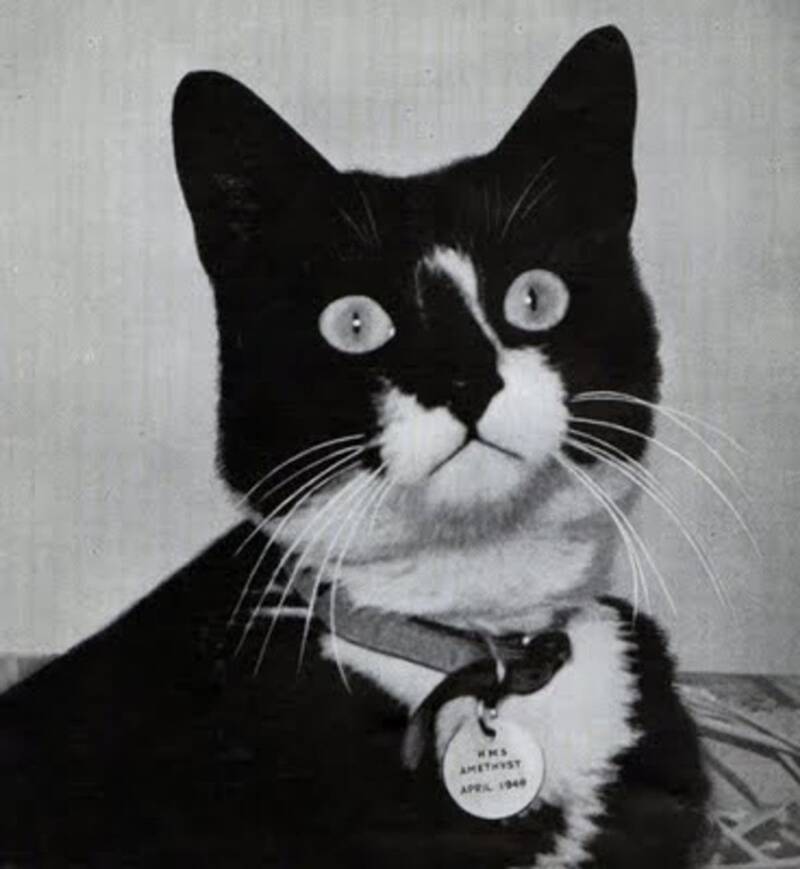 ZME ScienceThis is a portrait of a cat sometimes believed to be Unsinkable Sam, but most suspect that it is actually another famous ship cat named Simon.

Another portrait some have claimed to be Unsinkable Sam is a photograph of a tuxedo cat wearing a collar that is clearly inscribed, “HMS Amethyst 1949.” It is more likely that this portrait is of another wartime ship cat named Simon, who was aboard the Amethyst. There is also a third photo featuring a tabby cat that has been claimed to be Oscar as well.

One explanation of these discrepancies within the legend of Unsinkable Sam is that the cat could have been a stowaway instead of an official animal mascot of the Bismarck, which would allow for the cat not having been officially registered on the ship’s passenger list.

As for the pastel drawing, there is also no reason why the drawing of Unsinkable Sam would have been created if he did not really exist. However, these are speculations and possibilities that can’t necessarily be proven.

Other Wartime Pets That Assisted Troops 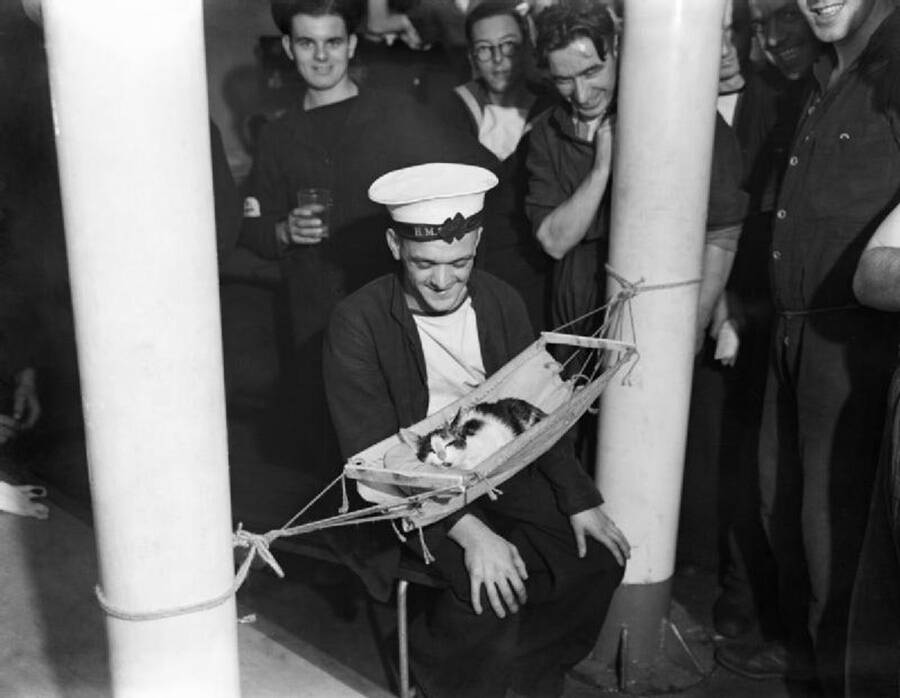 Wikimedia CommonsConvoy the cat sleeping in a hammock on the HMS Hermione. Animals were often brought along by troops for morale.

Although there is reason to be skeptical of the tale of Sam the unsinkable cat, there is also reason to believe in it.

Bringing cats aboard ships was an old-timey sailors trick to keep rats at bay. But wartime animals were no novelty, either. Animals, particularly domesticated ones like dogs and cats, showed up in warzones long before World War II, mostly as a way to keep the morale of fighting troops intact while they faced extreme challenges during drawn out battles.

Sometimes these wartime animals also helped in battle. Dogs and pigeons were commonly deployed at the front lines and even became frequent comrades in arms on naval ships, just as Oscar the cat may have been.

Unsinkable Sam was hardly the only cat at sea. There was also a tiger-striped tabby named Mrs. Chippy who accompanied Ernest Shackleton on his imperial trans-Antarctic expedition in the early 20th century.

There was also Convoy, the lovable feline aboard the British Royal cruiser the HMS Hermione; and Blackie, the shipmate aboard the HMS Prince of Wales, which famously carried British Prime Minister Winston Churchill to a secret meeting with U.S. President Franklin D. Roosevelt. 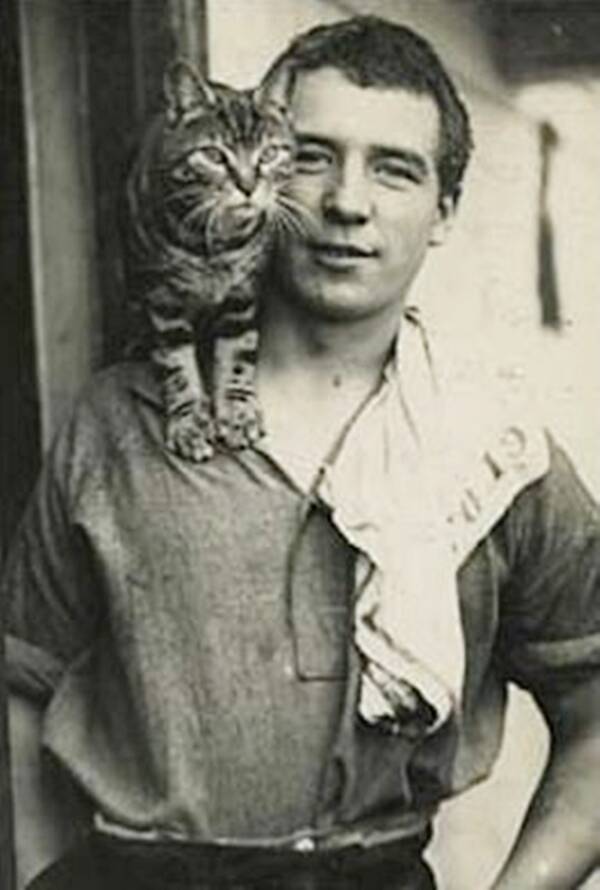 Wikimedia CommonsMrs. Chippy, a tiger-striped tabby who was the kitty companion of Ernest Shackleton on his trans-arctic expedition.

Dogs were also popular companions on the warfront. In the First World War, the 102nd Infantry of the U.S. Army had Stubby, a cheery Boston terrier who had been smuggled onto a deploying boat by one of the unit’s members. Stubby became the squad’s mascot and earned his stripes by warning troops of an impending attack and aiding in rescue efforts using his keen sense of smell.

There were also wild animals like bears, chickens, mice, and monkeys that were reportedly brought along by troops. No matter what their purpose, these animals provided battling soldiers with a sense of comfort and moral support just by being present.

Even though it’s difficult to know what’s true and what’s not in the story of Unsinkable Sam, the thought of an innocent cat miraculously surviving the devastation of war sparks hope in an otherwise bleak period of history.

Now that you’ve learned about the unbelievable tale of Unsinkable Sam the cat, read about Wojtek the bear who turned into a World War II hero. Then, take a look at these adorable animal army mascots.