Photo Of The Day: The Heartwarming Story Behind The First Ever Rockefeller Center Christmas Tree 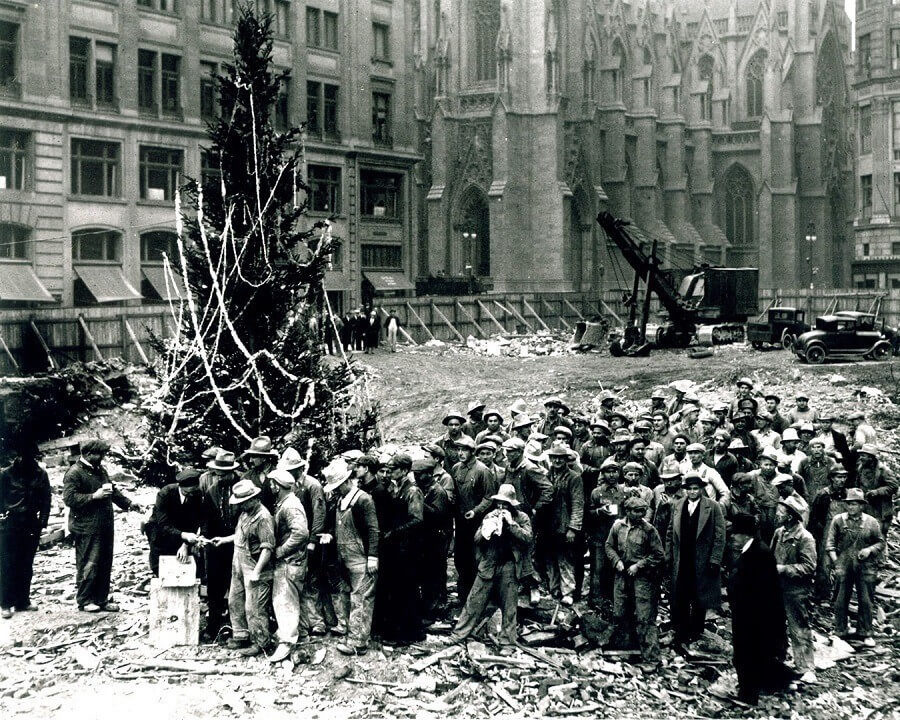 The first tree to go up in Rockefeller Center in 1931. December 2, 2015 will be the 83rd tree lighting ceremony. Image Source: LUXXELIVING

On Christmas Eve, 1931, in the midst of the Great Depression, construction workers building what was to become Rockefeller Center in New York City pooled their money together and bought a 20-foot balsam fir tree. They lined up beside the tree decorated with homemade garlands and one-by-one received their paychecks. Little did they know that that simple act would inspire a grand tradition now in its 83rd year (there was no tree in 1932; the tradition picked up again the following year).

A lot has changed since that first little tree. For starters, today’s trees are rarely under 65 feet tall. This year’s tree is an 80-year-old, 78-foot tall Norway Spruce decked out with more than 45,000 lights illuminated on five miles of wire. Secondly, tens of thousands of people gather at the December 2 tree lighting ceremony and millions more are glued to the live telecast.

While tonight’s ceremony gets all the attention, let’s look back at the intriguing history of America’s favorite giant evergreen…

The public relations team at Rockefeller Center drew inspiration from the construction workers in 1931 and turned it into a goodwill-building annual ceremony.

Three small trees took the place of one large tree, and each tree was lit up in one of the American flag’s colors. America had entered WWII just weeks before, and national pride was running high. The tree also took on patriotic colors in 2001 after the September 11 attacks.

Wartime blackout regulations kept the tree from being lit up in its usual manner. Rockefeller Center more than made up for it the following year, however, and put more lights than ever on the tree.

The tree is recycled after it’s run for the first time. Shredded pieces are turned into mulch for upper Manhattan nature trails.

1999: The tradition gets bigger than ever

A 100-foot tree from Killingworth, Connecticut, becomes the largest tree in the history of the lighting ceremony. Much larger and it wouldn’t have been able to make it to its spot–trees 110 feet or larger won’t fit down Manhattan streets. 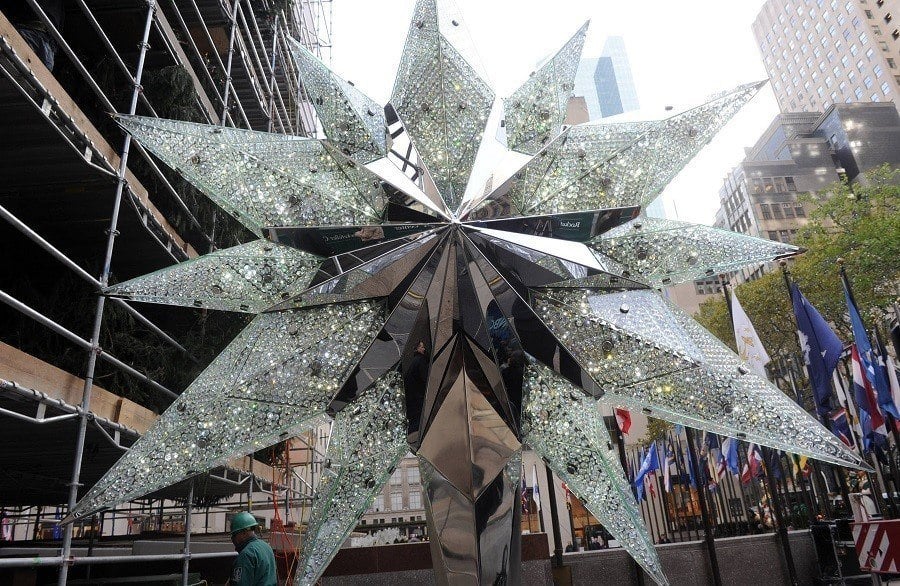 The Swarovski Star is worth an estimated $1.5 million. Image Source: The Hotspot Orlando

A 550-pound Swarovski star designed by German artist Michael Hammers is placed on top of the tree for the first time. It is 9.5 feet wide, has 25,000 Swarovski crystals, one million facets, 720 LED light bulbs, 44 circuit boards and 3,000 feet of wire. The true cost is unknown, because Rockefeller Center is taking the modest route and not revealing their expenses.

2007: The tree gets even more green (energy-wise at least)

LED lights are put on the tree for the first time. The lights get their power from 300 solar panels on the roof of One Rockefeller Center, and saves enough energy to power a 2,000 square foot single-family home for a month.