If you went before Roland Freisler, your trial had a 90 percent chance of ending in either life imprisonment or death. 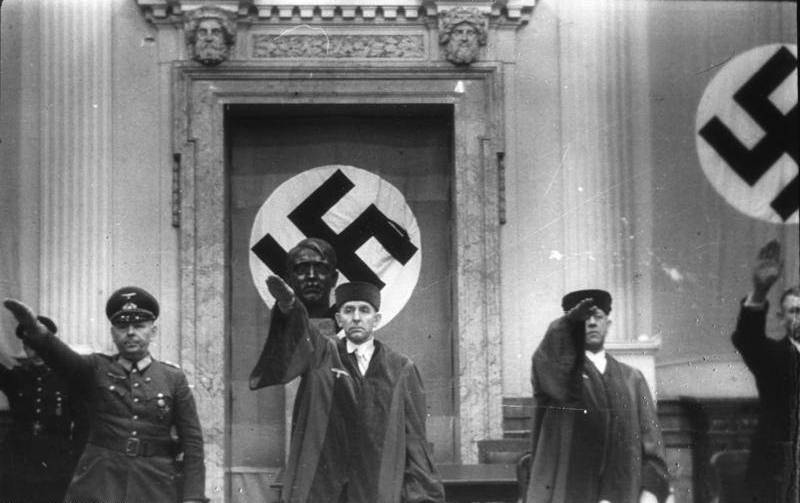 On February 27, 1933, arsonists burned the Reichstag building, home of the German Parliament, to the ground. Adolf Hitler had been sworn in as Chancellor of Germany just one month earlier but did not yet have absolute power. The fire paved the way for his total control.

The day after the fire, Hitler used the destruction as a pretext to pass the Reichstag Fire Decree, which gave him emergency powers and suspended most civil liberties. Five so-called communist conspirators were arrested for arson and put on trial. However, the Nazis’ evidence was weak and only one of the five was found guilty and sentenced to death, with the rest acquitted.

Hitler was furious with this outcome and on April 24, 1934, he decreed that the “People’s Court” would replace trial courts in political cases, including treason. Only loyal Nazis could be judges and treason would be defined as any form of opposition to National Socialism.

This court was instrumental in securing the Nazi stranglehold over Germany — and it was under the rule of Hitler’s cruelest judge, Roland Freisler.

At the time that the “People’s Court” was created, Roland Freisler was the State Secretary of the Reich Ministry of Justice. He was the man who petitioned for the People’s Court to become the Supreme Court of Nazi Germany and for it to adopt National Socialist concepts of law.

He believed that trials should be swift, judgments should be final, and punishments should be carried out within 24 hours of conviction. In 1942, when Roland Freisler became the President of the People’s Court and under his tenure, he enacted these ideas with the utmost severity.

Freisler presided over his kangaroo court as judge, jury, and executioner for the Nazi central command (not long after participating in the Wannsee Conference where the Nazis planned the Holocaust). The court was like a production line with dead defendants the end result. 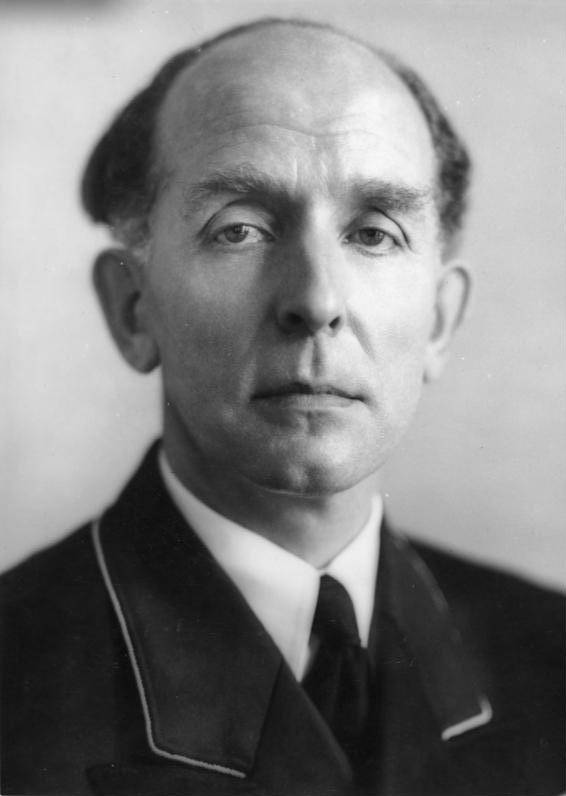 Years earlier while in the Soviet Union, Freisler had watched Andrei Vyshinsky, the chief prosecutor of the Soviet purge trials. Influenced by Vyshinsky’s techniques, Freisler combined his legal acumen with sadistic verbal abuse and humiliation techniques to turn his courtroom into a house of farcical proceedings that rivaled any of Vyshinsky’s show trials.

Wearing a scarlet red robe and standing underneath massive scarlet red swastika banners, Roland Freisler would open each day in court with a Nazi salute before carrying out cruel “justice” that involved long, raving speeches and extended verbal humiliation of defendants.

He would think nothing of not only condemning defendants but stripping them of their dignity — sometimes literally. For instance, he sent the high-ranking Nazis who nearly succeeded in killing Hitler during the July 20 plot to the gallows naked.

Whether high-ranking Nazis or not, Freisler spared no one from his aggressive vitriol and humiliation. “You are crying!” he yelled at one defendant who began to weep in court, “What do you want to tell us with the tears in your eyes?” Freisler soon sentenced that man to be hung with a thin rope so that he would, per Hitler’s orders, suffer a slow death.

Indeed, after Freisler defendants had been humiliated and abused, they were almost certainly sent to their deaths. In fact, 90 percent of cases before the People’s Court resulted in the death penalty or life imprisonment. Between 1942 and 1945, the figure that reached its zenith with 5,000 Germans sent to their death under Freisler’s leadership.

Freisler even passed a law that would allow him to send juveniles to their deaths.

In February 1943, for example, Freisler sentenced Sophie Scholl, Hans Scholl, and the ringleaders of the White Rose youth movement to death simply for distributing anti-war leaflets at Munich University. The trial was over within an hour and all three were sent to the guillotine just six hours after their arrest.

The only Roland Freisler trial that remains more infamous than the Scholl proceedings is the prosecution of the July 20 plot conspirators. Hitler had reportedly seen Freisler in action and specially requested that he be the man to preside over the activists trial.

The trial began on August 7, 1944. The accused were unable to consult their lawyers, who were not even allowed to sit near their clients. Freisler constantly yelled at the defendants, interrupting any attempts they made to address the court.

To add to the shame, Freisler gave them oversized clothing, denied them belts so their trousers kept slipping, then berated them for it. “You dirty old man,” he said to one defendant, “why do you keep fiddling with your trousers?”

Two hours after the trial, the conspirators died an excruciating death by hanging slowly from thin wires.

For a man who ordered such brutal deaths from his courtroom, it’s only fitting that he too should die a brutal death in his own courtroom.

On February 3, 1945, American bombs struck the People’s Court. Freisler, according to some accounts, declined to evacuate immediately after hearing the air raid siren. Instead, he stayed behind to gather files on the trial of Fabian von Schlabrendorff, a July 20 plot conspirator he was hoping to send to his death that day.

This did him in and he was later found crushed to death by a fallen column while clutching the case files. “It is God’s verdict,” one hospital worker reportedly said when Freisler’s body was brought in.

Freisler’s death spared Schlabrendorff, who went on to become a judge himself in Germany after the war.

As for Roland Freisler, even his own family was disgusted by his role in the Nazi regime. He is buried in the family plot but in an unmarked grave.

After this look at Roland Freisler, read up on Sophie Scholl, Hans Scholl, and the White Rose Movement, some of the most tragic victims of Freisler’s reign. Then, view this collection of powerful photos taken during the Holocaust.