"Flying Man" Otto Lilienthal soared against the clouds, captivating the imaginations of people all over the globe and inspiring a future generation of engineers and inventors. 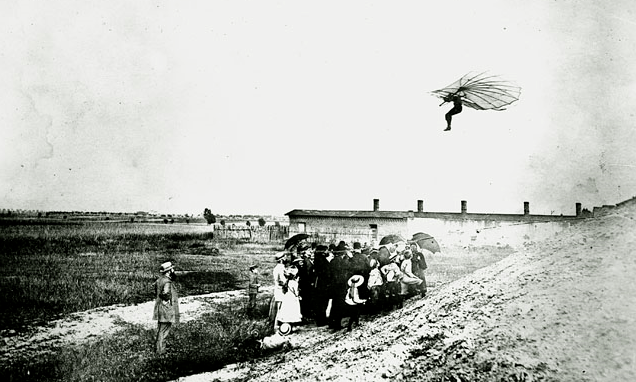 FlickrOtto Lilienthal soars over spectators in one of his gliders.

Mankind’s desire to fly is as old as recorded history: from the blueprints of Da Vinci to the fabled wax wings of Icarus, ideas for reaching the heavens have popped up throughout the centuries. However, actual instances of flight remained elusive until very recently.

Born in 1848 in what was then Prussia, Otto Lilienthal was fascinated by birds from an early age. This fascination combined with his studies in mechanical engineering would be instrumental in his future experiments. 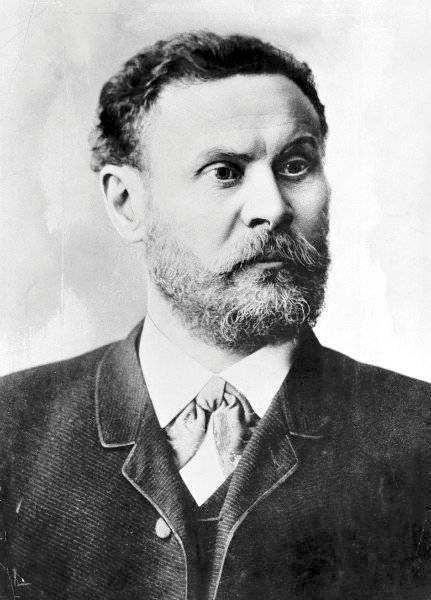 After a brief voluntary stint as a fusilier in the Franco-Prussian War, he began working at an engineering company in Berlin, although his enthusiasm for flight had not dimmed. He and his brother Gustav joined the Aeronautical Society of Great Britain in 1873, coinciding with his first public lecture on his theories regarding bird flight.

Lilienthal published his book Birdflight as the Basis of Aviation in 1889 and a year later he began his first experiments with gliders. The first flights in these machines took him a distance of about 80 feet. As he was able to improve his designs, he eventually was able to glide up to an impressive 800 feet. Lilienthal even built a special “fliegeberg” (flight hill) outside of Berlin where he would conduct his aerial escapades. There, he recorded over 2,000 flights. 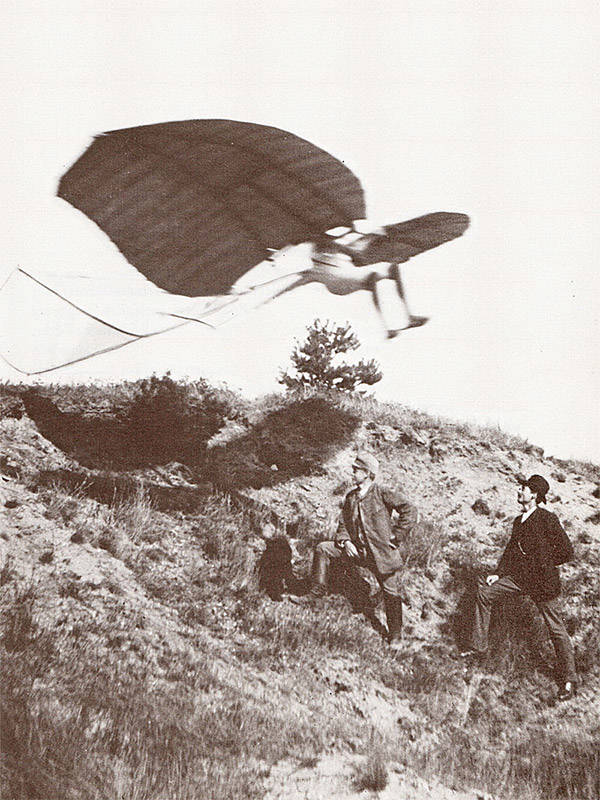 Lilienthal’s experiments were able to gain worldwide attention due to another important technological advance of the period: high-speed photography. The captured images of “The Flying Man” soaring against the clouds captivated the imaginations of people all over the globe and inspired a future generation of engineers and inventors. These photos offered proof that flight, which mankind had yearned for of since the beginning of time, was more than a dream.

The gliders were the “first successfully manned aircraft” ever to be created and Lilienthal’s contributions to the development of airplanes should not be underestimated. He is widely considered the most important contributor to aerodynamic research preceding the Wright Brothers and his influence on the public imagination turned flying from a pipe dream into a tangible reality. 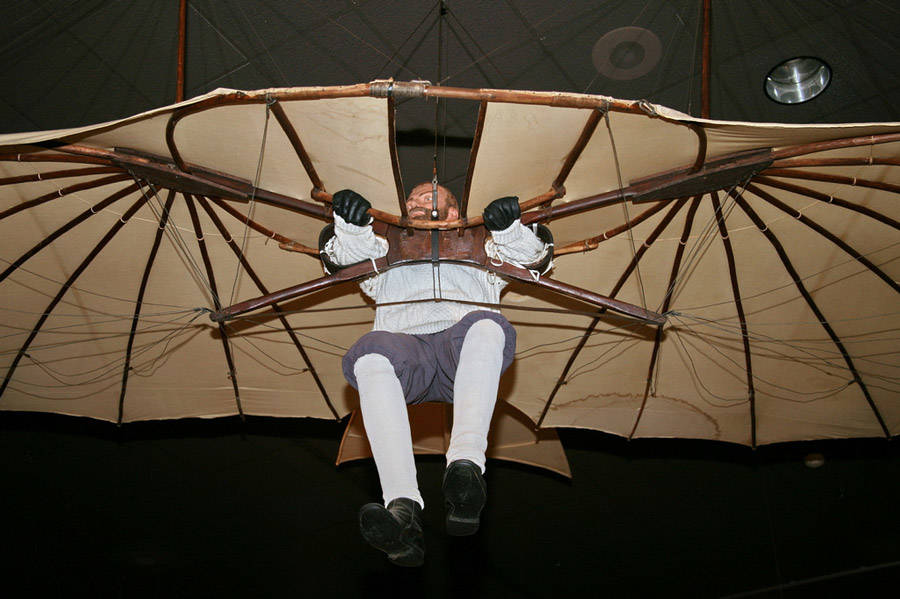 Wikimedia CommonsRestored 1894 glider displayed at the National Air and Space Museum. It is one of five surviving Otto Lilienthal gliders in the world.

Unfortunately, Lilienthal’s career in the skies came to an abrupt end one Sunday in 1896. The Flying Man had decided to test his glider from a natural hill rather than the fliegeberg. His assistant recorded that Lilienthal only managed to stay in the air a few moments before dropping straight to the ground fifty feet below.

Initially, no one thought Lilienthal’s injuries were fatal. While he was paralyzed from the waist down, he was still able to speak intelligibly. Unfortunately, the inventor must have suffered some sort of brain injury during the crash and passed silently away in Berlin the next day. Before he lost consciousness for the last time, Lilienthal reportedly brushed off his own imminent demise with the phrase “sacrifices must be made.” 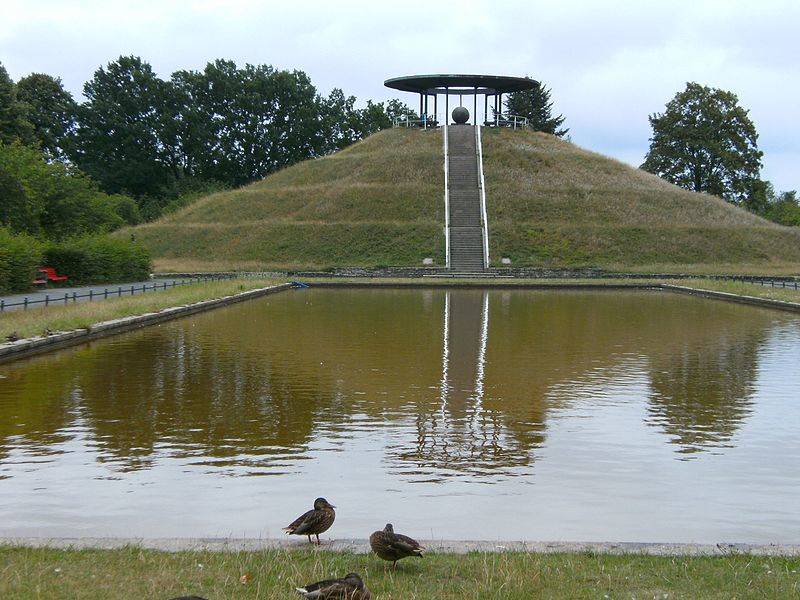 The world mourned the loss of the flying man, although his own great sacrifice would certainly not be in vain. As news of Lilienthal’s death reached a small bicycle shop in Dayton, Ohio, the two brothers who owned it took note. Orville and Wilbur Wright had also been interested in the mechanisms of bird flight, but it wasn’t until they heard about the death of the famous flyer that they began to take a more active approach to aviation.

Wilbur would later declare, “Lilienthal was without question the greatest of the precursors, and the world owes to him a great debt.” The Wright Brothers used the German aviator’s research as the basis for their own and soon people everywhere would take to the skies.

After reading about Otto Lilienthal, learn about Franz Reichelt, the man who died jumping off the Eiffel Tower. Then meet Alan Eustace, the man who completed history’s highest skydive.