Ronald Reagan was President 30 years ago, but the long shadow he cast still covers American politics. 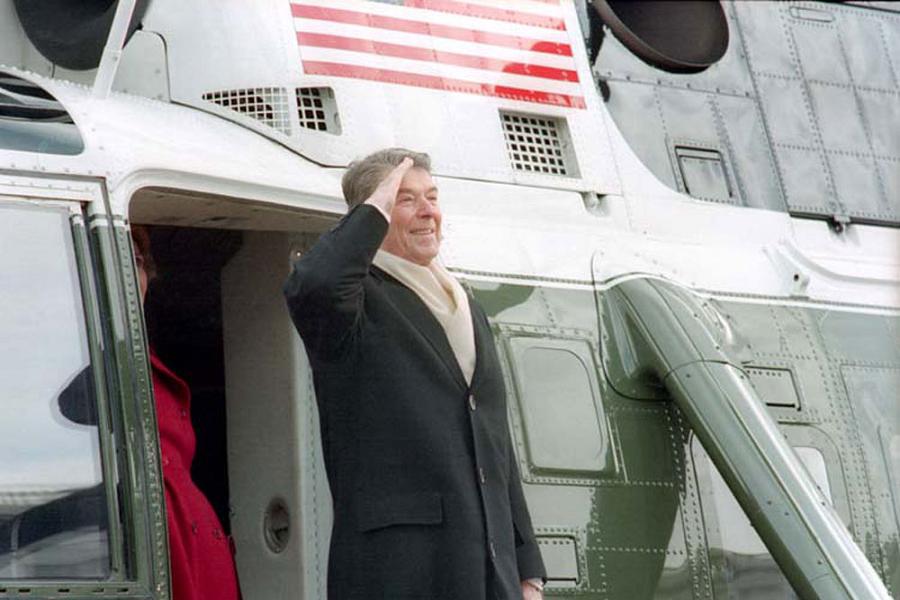 Ronald Reagan was, in many ways, the American President. Born in a Midwestern town too small to hold him for long, he escaped into the glitz of Golden Age Hollywood and a glamorous career as a leading man. Not satisfied with money and fame, Reagan’s second career in politics shifted the tectonic plates of government forever.

His terms as Governor of California and President of the United States were a historical watershed. To this day, politicians of his own party step over one another in a race to look, act, and sound exactly like him on TV, while Democrats of a certain age can still be triggered at the thought of what he did to education, the military, and Wall Street.

For better and for worse, the 40th President was no mere caretaker, but a radical influence whose legacy now reaches into every state and city in the country. 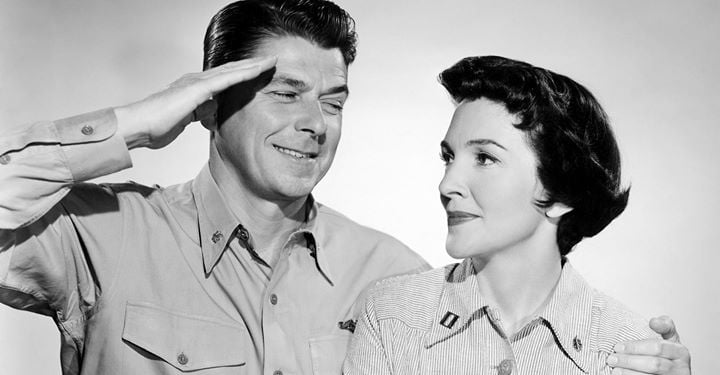 Wikimedia CommonsReagan poses with future wife Nancy Davis in a publicity still for Hellcats, their one film together.

Every great man starts somewhere, and Ronald Reagan got off to a better start than most.

Fresh out of college in 1932, Reagan — who studied economics and sociology at Eureka College in Illinois — sought work in the worst economy in history, and landed a job announcing Cubs games on the radio out of a little station in Des Moines.

There, the future Great Communicator discovered his genius; without a video feed, and going by nothing but a real-time text ticker, the 22-year-old Reagan gave listeners a play-by-play so lively they thought he was broadcasting from the stadium itself.

In 1937, while on tour with the Cubs in California, he took a screen test for Warner Brothers and was immediately signed to a seven-year contract. Five years, and 20 B-list movies in, the Army called Reagan up to make wartime training and propaganda films for the Air Force.

Returning to Hollywood in 1946, Reagan found that his big break had passed him by and got back to making second-string films with his agent/producer Lew Wasserman, who turned out to be possibly the most useful man Reagan would ever know.

Lew Wasserman was a genius of corruption. Wasserman seems to have been the first person to figure out that actors could evade taxes by forming holding companies and signing them up to act, instead of the actors themselves. That way, the money that actors got for acting was taxed at a low corporate rate, rather than high personal rates.

In Hollywood, it was forbidden to work as both a talent agent and producer because of the conflict of interest, but Wasserman did it anyway, running MCA as a producer and only signing his own stable of performers to act — at greatly reduced rates.

When the Screen Actors Guild raised a stink about this, Wasserman supported Reagan for president of the Guild, which he won in 1948 and immediately granted MCA an exemption from the normal rules that every other studio followed. Wasserman would later “sell” Reagan a huge ranch property near Santa Barbara as a way of transferring a huge amount of money to the Reagans off the books. Reagan sold most of the land for millions and kept the remaining 200 acres as his personal property.

Suitably wealthy, and with Wasserman’s help investing the proceeds in failing cattle ranches in Montana as yet another tax dodge, Ronald Reagan was ready to run for Governor of California.