Megatron and Starscream Go to Washington 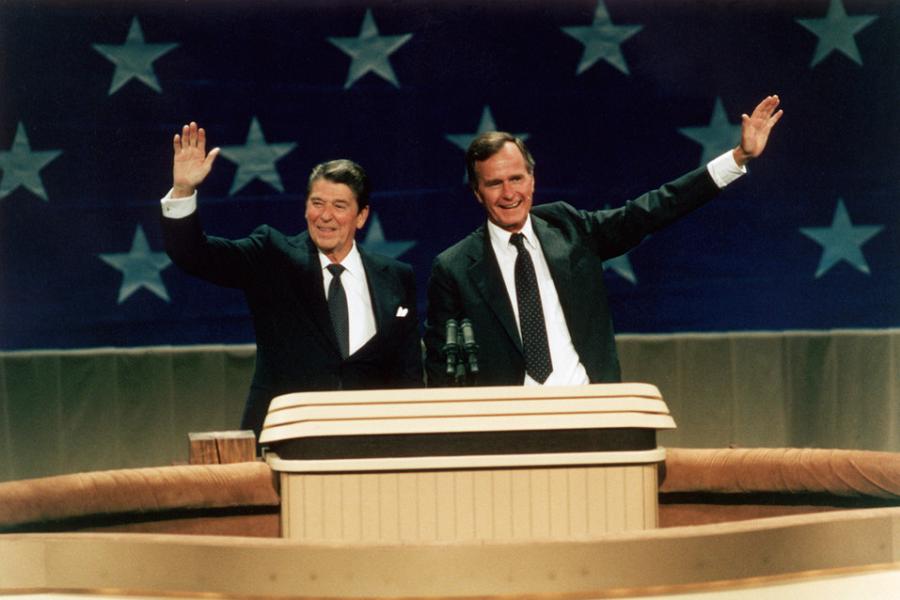 Wikimedia CommonsReagan and Vice President George Bush wave from the stage of the 1984 Republican National Convention.

Reagan faced a real uphill battle in the 1966 California gubernatorial election, but with support and unlimited funding from Wasserman and other businessmen in Southern California, Reagan won by more than a million votes. He set to work immediately, trying to undo much of what the 1960s had wrought on his adopted state.

During an antiwar protest in Berkeley, for example, Governor Reagan deployed the Highway Patrol to break things up. When that inevitably turned violent, he declared a state of emergency and sent in the National Guard. Berkeley was under martial law for two weeks.

Throughout his term as Governor, Reagan advocated for the end of free tuition at state schools and the imposition of strict gun control — not out of any particular principle, but largely because the Black Panther Party was using California’s open-carry rules to patrol Oakland and Los Angeles with exposed firearms.

All of Reagan’s efforts were wildly popular with the Silent Majority, who reelected Reagan in 1970. Declining a third term, Reagan played a spoiler in the 1976 presidential primary against perceived Republican moderate Gerald Ford, who went on to lose the general election to Democrat Jimmy Carter.

Reagan spent the next four years building his power base among staunch conservatives and Dixiecrat Republicans who had joined the party in opposition to forced bussing and other Civil Rights initiatives. However, not among Reagan’s base — in fact, he was one of Reagan’s main rivals at the time — was former RNC chairman George Bush, who once called Reagan’s tax plan “Voodoo economics” and who seemed to dislike him on a personal level.

In the interests of power, the two strange bedfellows eventually made common cause and united the wings of the Republican Party in time for the 1980 general election. With Bush corralling the moderates, and Reagan firing up the base, Megatron and Starscream went on to trounce Carter in a 44-state sweep in 1980.

Iran-Contra and the Teflon President 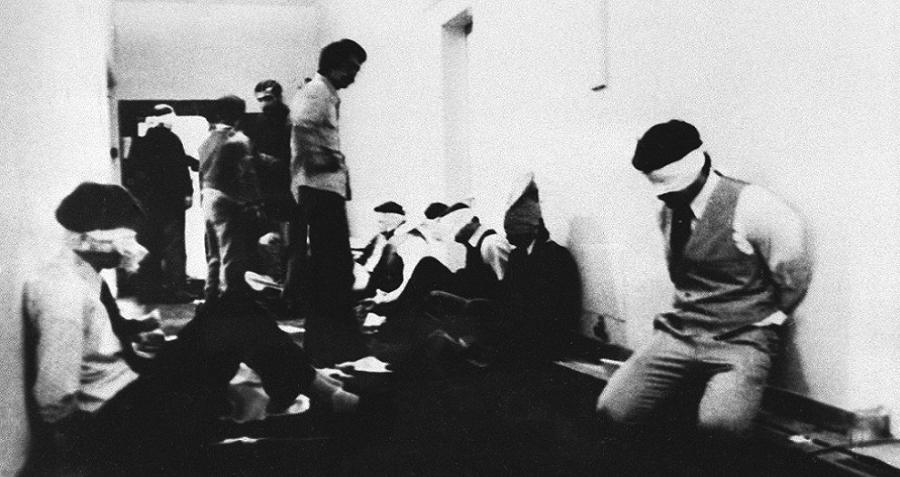 Persian StarBlindfolded hostages in the US Embassy are made to kneel before being removed at the beginning of the crisis.

In addition to the groundswell of conservative support from American voters, and the ever-present scum tide of donors’ money, the Reagan-Bush ticket got a huge boost from Iran, of all places. The revolutionary government of Iran had taken American citizens hostage in the embassy in 1979, and the subsequent fallout left the Carter Administration paralyzed and vulnerable.

In October 1980, a full year into the Iranian Hostage Crisis, three Reagan campaign operatives met in a hotel room with Manucher Ghorbanifar, an Iranian former secret policeman turned Israeli spy/representative of Iran, who pledged to release the hostages to Reagan — not Carter — in exchange for help against Iraq and a cozy arms deal with Israel. Reagan agreed, according to former Iranian President Bani Sadr, and the hostages were turned loose exactly 15 minutes after Ronald Reagan finished taking the oath of office.

Six months later, in July 1981, an Argentinian airplane bound for Iran mysteriously crashed on the Soviet-Turkish border and spilled a cargo hold full of Israeli weapons all over the ground. At the time, nobody knew what to make of it, but we know now that the shipment was part of one of the most convoluted conspiracies human beings have ever devised to make money.

What became known as the Iran-Contra Scandal started with Iran taking hostages that the US was eager to get back, first on their own territory, later in Lebanon, once a market had been created for US citizens. To get them back, and to make money, Israel sold US-provided weapons to Iran for use against Iraq. Money from this was then directed to the Contras, who were either a group of Nicaraguan freedom fighters and “the moral equivalent to our own Founding Fathers,” as Reagan put it, or they were throat-slitting terrorists who prioritized civilian targets and ran drugs into the US for money.

Either way, President Reagan’s National Security Council made a lot of cash — Oliver North was once found to have $15,000 in cash stowed in his closet at home — in exchange for just a little bit of treason by shipping controlled weapons to a declared enemy of the United States.

What makes the situation funny and sad at the same time is that it was actually President Reagan, trying to appease his own State Department, who had called Iran an enemy in the first place. The morning after that address to the nation, Reagan secretly signed an order authorizing the shipment of anti-air and anti-tank missiles to the “enemy.”