The Unqualified Success of Afghanistan 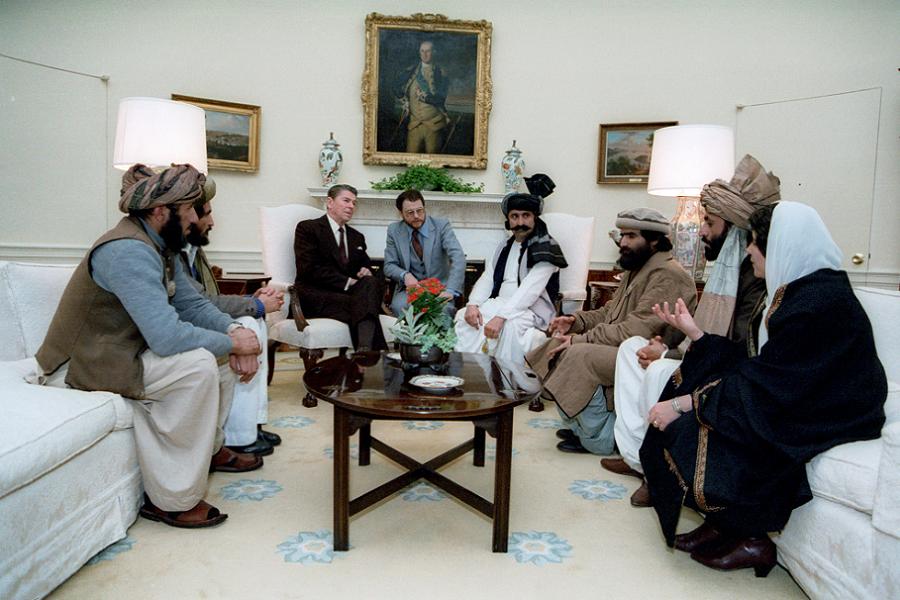 More hijinks ensued when Reagan turned his attention to Afghanistan.

The Soviet Union invaded Afghanistan in 1979 at the request of the local communist-friendly dictator. Sensing the opportunity to give the Soviets their own Vietnam, the Reagan Administration funneled endless aid to the resistance fighters. Like the Contras, the Reagan administration called these groups (the Mujahedeen or “Holy Warriors”) freedom fighters and gave them mountains of weapons and lots of training.

Many of these individuals, including Osama bin Laden, went on to found the Taliban and Al-Qaeda, two groups that managed to keep the United States busy decades after Reagan left office.

This was also the time when the modern opiate market bloomed into a multibillion-dollar industry. Opium and heroin make great products for funding underground guerrilla wars, and by 2000, Afghanistan was exporting around 80 percent of the world’s heroin, just as the Contras had earlier set up shop as some of America’s premiere cocaine traffickers.

Fortunately, Reagan took a hard line on drugs. While Nancy Reagan, herself a prescription Valium addict, urged the country, via special episodes of Diff’rent Strokes, to “Just Say No,” the Reagan Justice Department was going all-out to tighten sentencing and enforcement guidelines.

As a direct result of this approach, the United States now has the world’s largest prison population, with around half of all inmates locked up on narcotics charges. 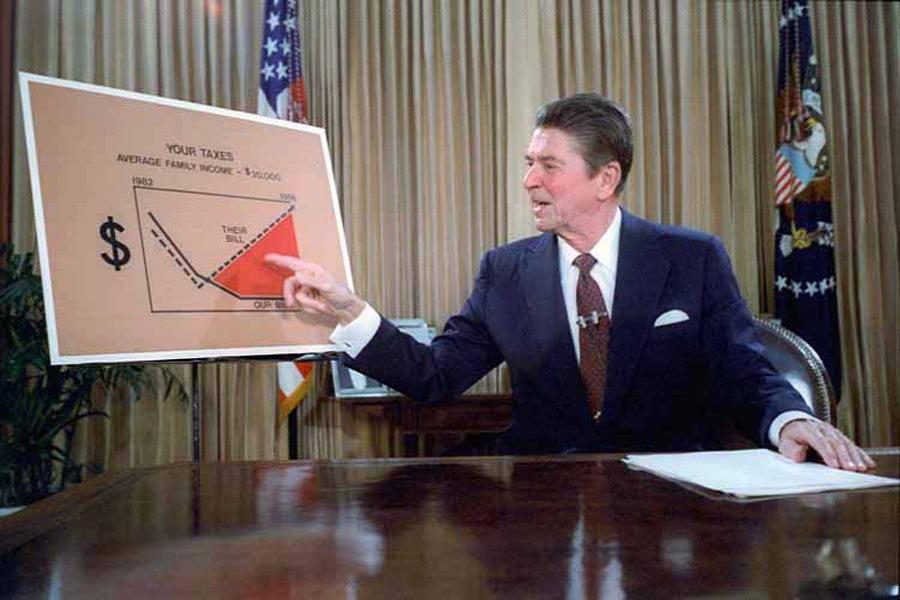 At the same time that Reagan was making strides in foreign policy, his domestic policy team was radically remaking the economy.

One of the things that made Reagan a success as president of the Screen Actors Guild had been his loyal willingness to repay his supporters with sweetheart deals and exemptions from onerous rules, such as the conflict of interest matter he had resolved for Lew Wasserman.

This pattern continued in the 1980s, as Reagan led the charge to tear down the walls of federal environmental regulations and financial market oversight. Taxes were slashed during his first term, only to be slashed again. This created a windfall for Reagan’s high-net-worth donors.

The temporary gains to be had by stripping corporations of their workforces and capital goods even generated a slight bump in the annual economic growth index, but it also put millions of American workers out of their jobs and into low-wage service gigs that would never pay what a unionized factory job had.

The unions themselves hardly protested this shift. They were too busy fighting for their lives.

During Reagan’s first year in office, one of the few unions that had endorsed him for the presidency went on strike. The air traffic controllers of America had been working without a contract and without raises for several years by 1981, and they may have mistakenly thought their president would have their backs when they got tough on management.

They couldn’t have been more wrong. When the union announced the strike on Friday, Reagan addressed the nation and — in the same stern tone of voice he had once used to compare hippies to Nazi Brownshirts — said that any controller who failed to report to work the following Monday was fired. The Wagner Act, which makes it a crime to retaliate against workers who engage in union activity, made Reagan’s statement illegal, but POTUS either didn’t know that or didn’t care.

The union, once it saw that he was serious and that no help would come from other unions, broke. The message went out that labor law wasn’t going to be upheld, and, throughout the decade, a series of high-profile labor clashes ended, always in total defeat for the unions.

The Reagan administration signaled that an entire way of life — the unionized blue-collar family — was on its way out.