The Thinking Behind The Famous Rorschach Inkblot Test

You've seen Rorschach tests in just about every mediocre crime show. Now understand the thinking behind them. 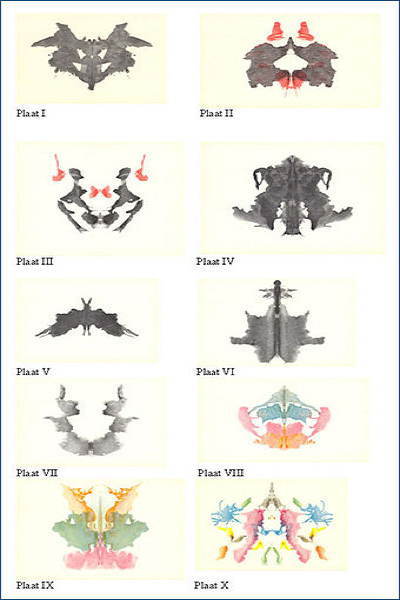 In 1921, Swiss psychiatrist and psychoanalyst Hermann Rorschach wrote Psychodiagnostik, which would become the basis for his inkblot test, a test designed to reveal the underlying personality of an individual based upon what feelings and images each inkblot evokes in the viewer. 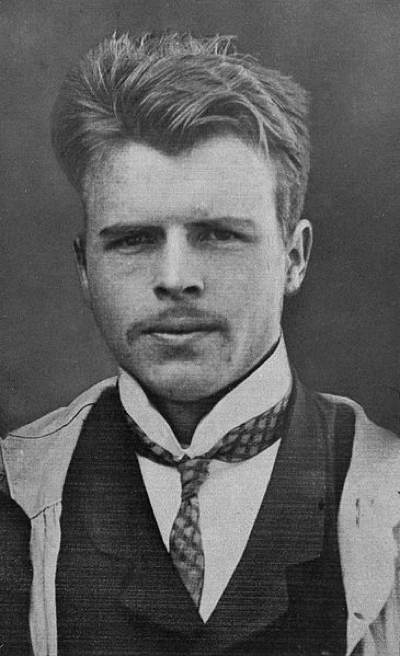 Hermann Rorschach was born in Zurich on November 8, 1884. As a child, he enjoyed the arts and making inkblot pictures, which earned him the nickname “Klecks” or “inkblot.”

In college at the University of Zurich he studied psychiatry and psychoanalysis, which led him down a path of using inkblots as a diagnostic tool. Fascinated by people seeing different things in inkblots, Rorschach began showing them to children to analyze their responses, ultimately building the basis for his test. 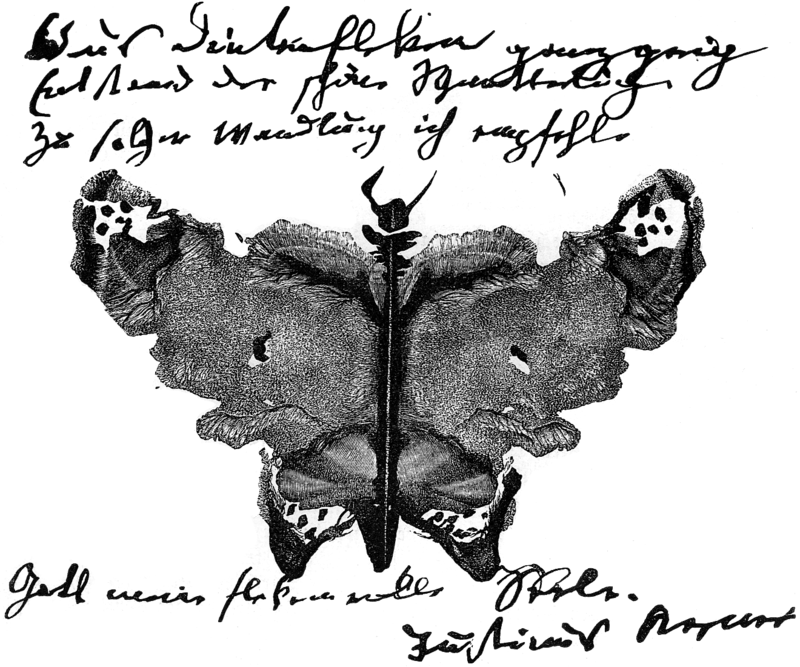 Example of klecksography, the art of making images from inkblots. Source: Wikipedia

There are 10 inkblots. Five are black ink on white, two are black and red ink on white, and three are multicolored. The psychologist shows a patient each inkblot and asks, “What might this be?” The patient is given time to move the picture and study it.

The psychologist writes down everything the patient says while he or she studies the inkblot. The session is timed and the psychologist later uses the time as part of a mathematical equation to summarize the data. The test remains controversial in some circles because of its ambiguity and subjectivity.

The 10 inkblots are presented below along with their common responses. How do you compare? 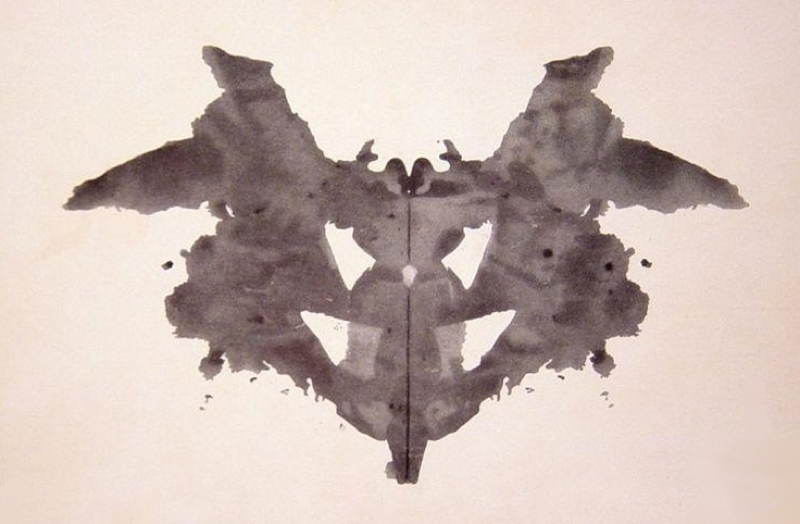 This first image is frequently interpreted as a bat, butterfly or moth. It can be a good indicator of how the subject approaches a new task, but it isn’t a stressful card, as there are many popular responses. 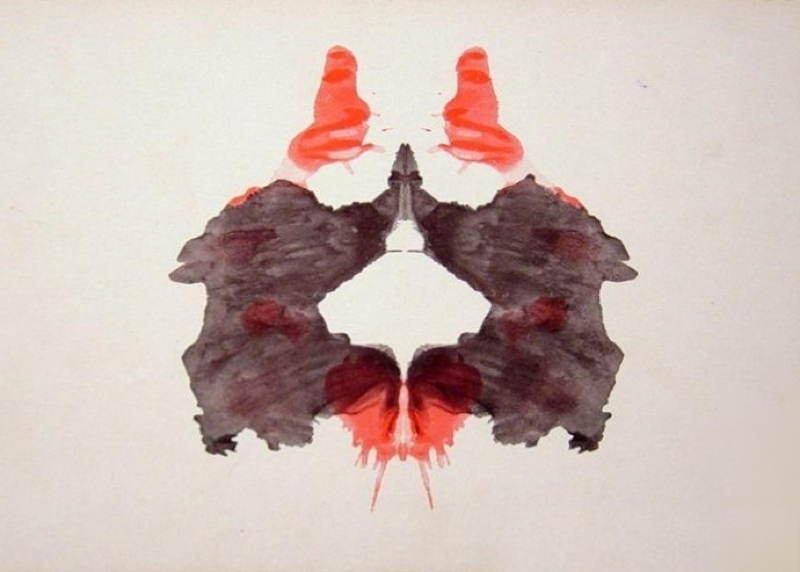 The red spots in this inkblot are often interpreted as blood and are the most definable features. This card can trigger sexual responses as well. Many people see two humans in this one, though it could just as easily be two elephants dancing the Kid and Play. 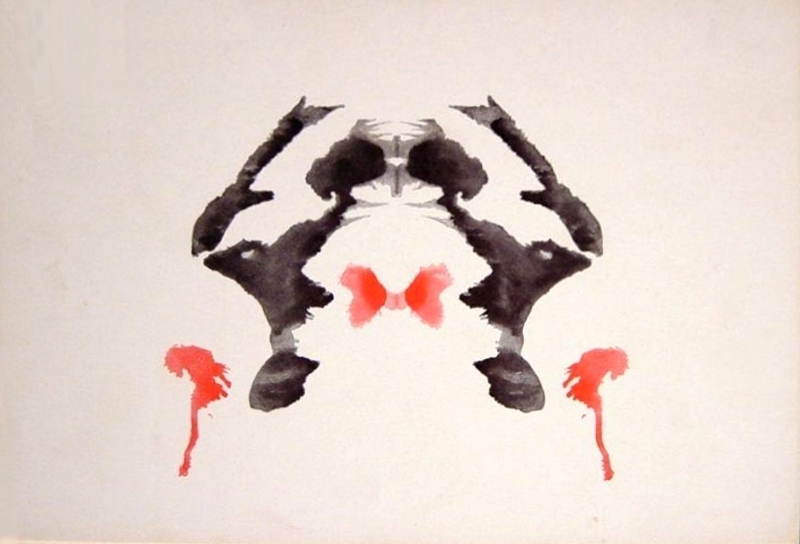 This card is normally interpreted to be two humans engaged in some kind of interaction. It can speak to the individual’s social interactions and comfort in them. 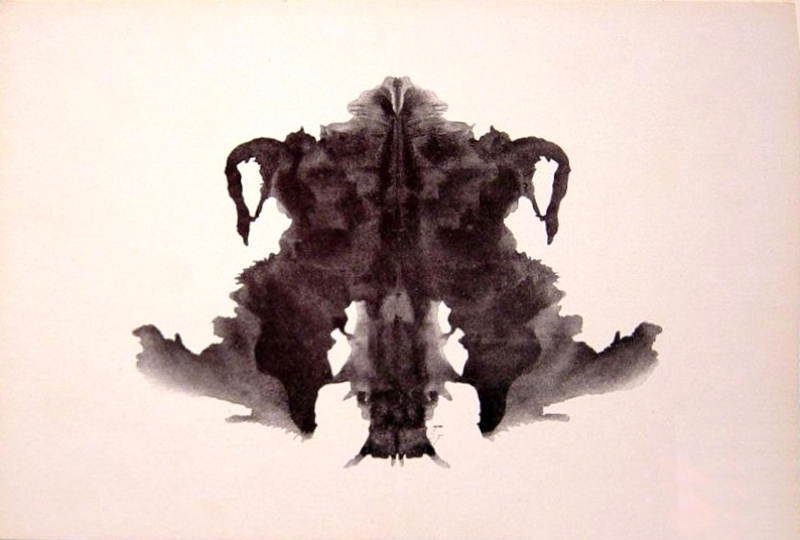 This inkblot is known for its darkness and size, and can be seen as imposing or frightening for patients suffering from depression. It’s often described as an animal hide, a skin or a rug. It may explore attitudes toward males and is therefore described as “The Father Card.” 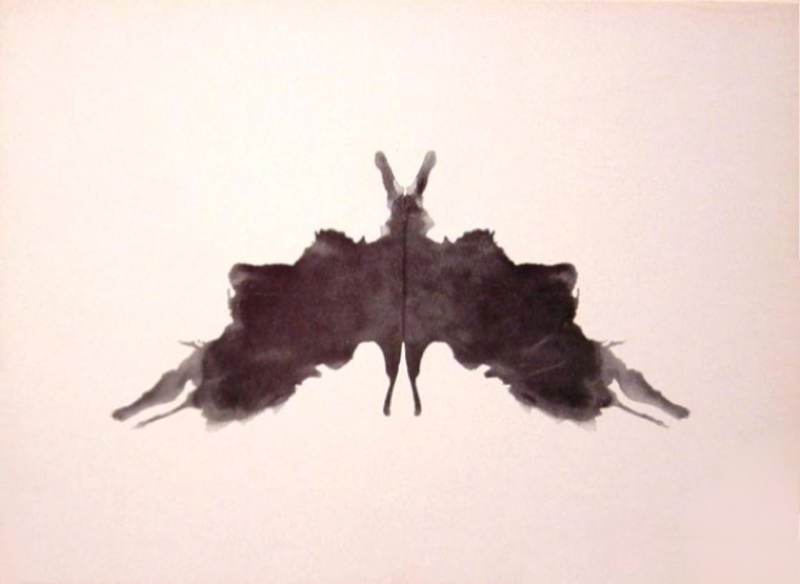 Plate five is usually an easy card for subjects to discuss, particularly in comparison with the prior inkblots. It is commonly seen as a bat, moth or butterfly. 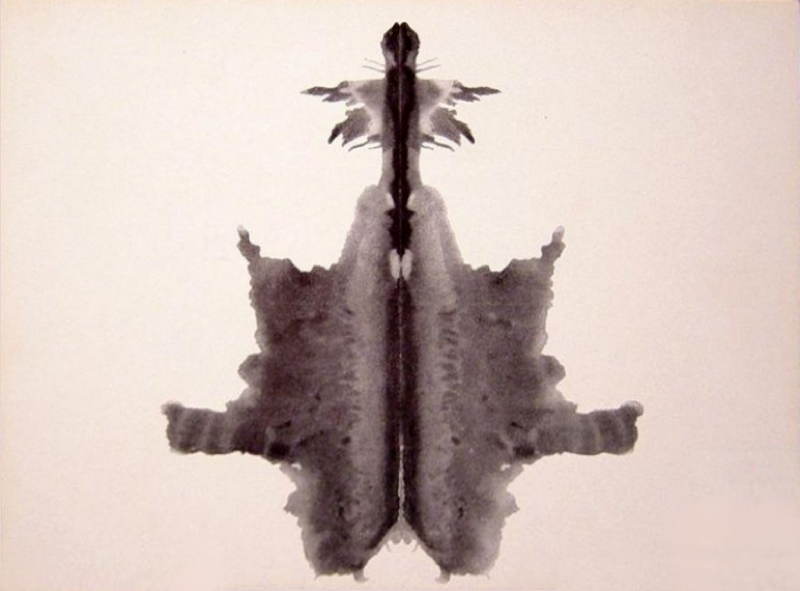 Is that the RKO tower? No, it is another animal hide, skin or rug, most commonly. This image is specifically a “sex card,” with sexual descriptions reported more often than in other images. 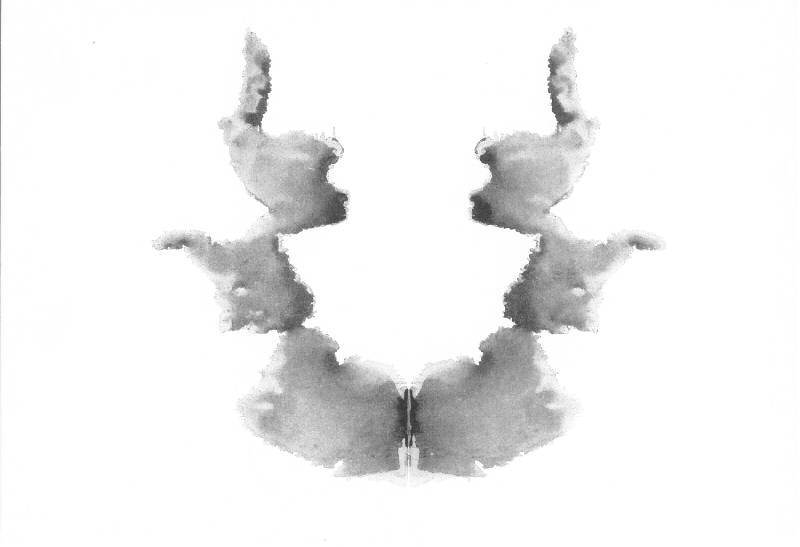 This inkblot, which resembles the dancing Dutch children from It’s A Small World After All at Disney World, is most frequently interpreted as women or children, and functions as a “Mother Card.” Rorschach was a Freudian, after all. 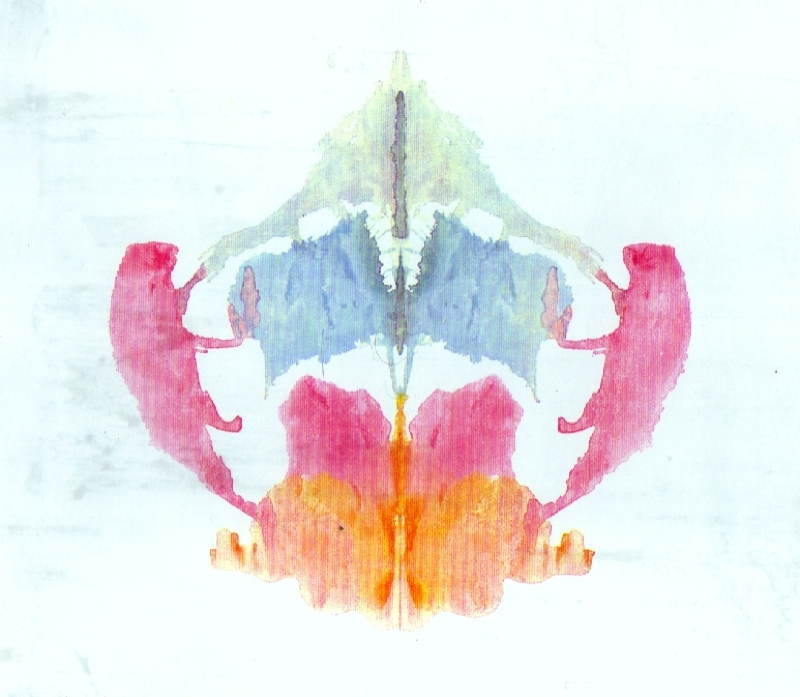 The first multicolored inkblot in the set, this card is most often seen as animals, and can be an indicator of a subject’s ability to process complex situations. 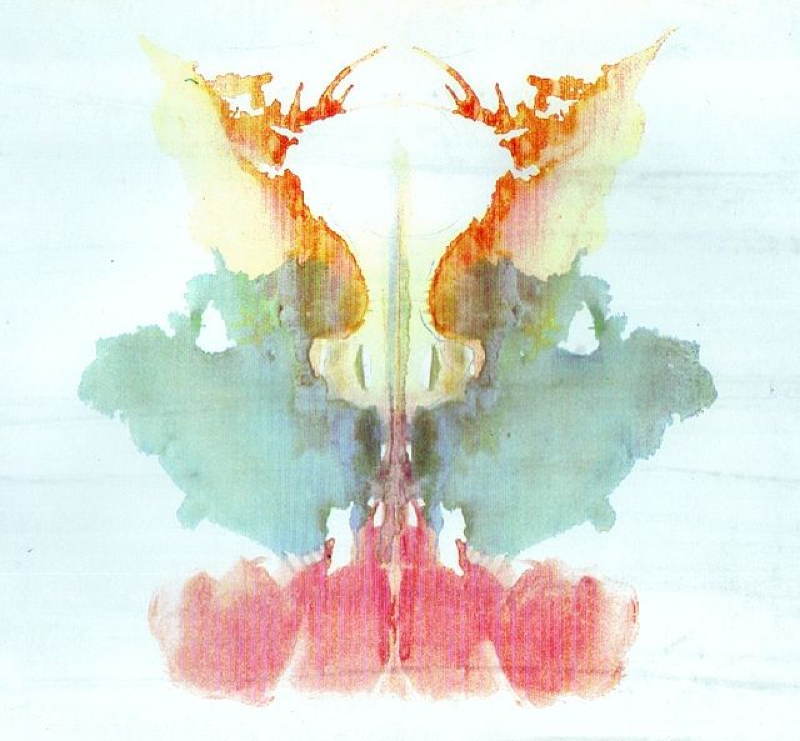 The ninth inkblot features many colors but in a muted tone. Surprisingly, “fiery eyed Noh demon eating kidneys” is not a common answer. A human is the most common answer, but it’s still reported rarely. This card can suggest a patient’s ability to interpret and work with unstructured information. 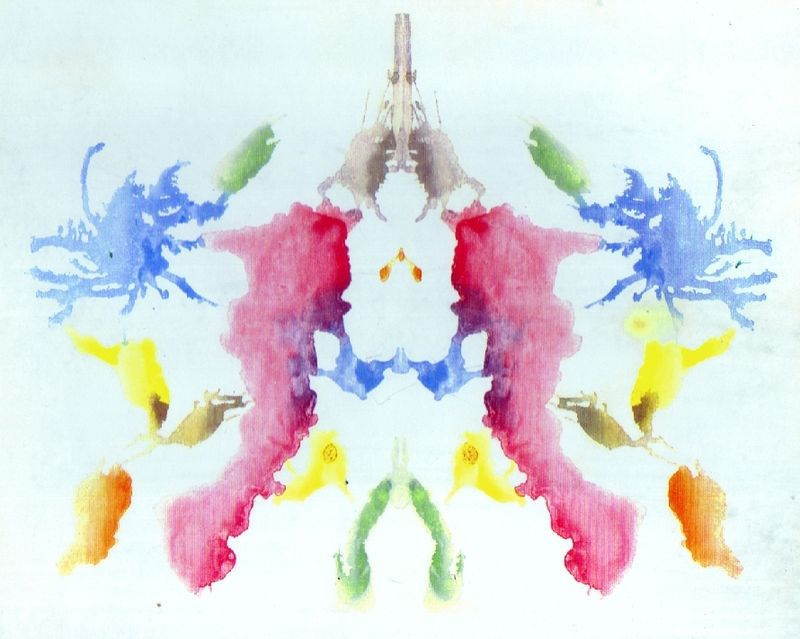 The final image, which is clearly two mantis shrimp with blue armpit hair attacking the Eiffel Tower, is most frequently interpreted as crabs, lobsters, snakes, and insects. This is a generally a happy card, providing subjects the chance to “sign out” by discussing their feelings overall or any questions the may have.