Rose O’Neal Greenhow, The Civil War Spy Who Smuggled Secrets To The Confederacy

Rose O'Neal Greenhow's information helped the South win the first major battle of the Civil War — and she was later buried with full military honors after drowning in 1864. 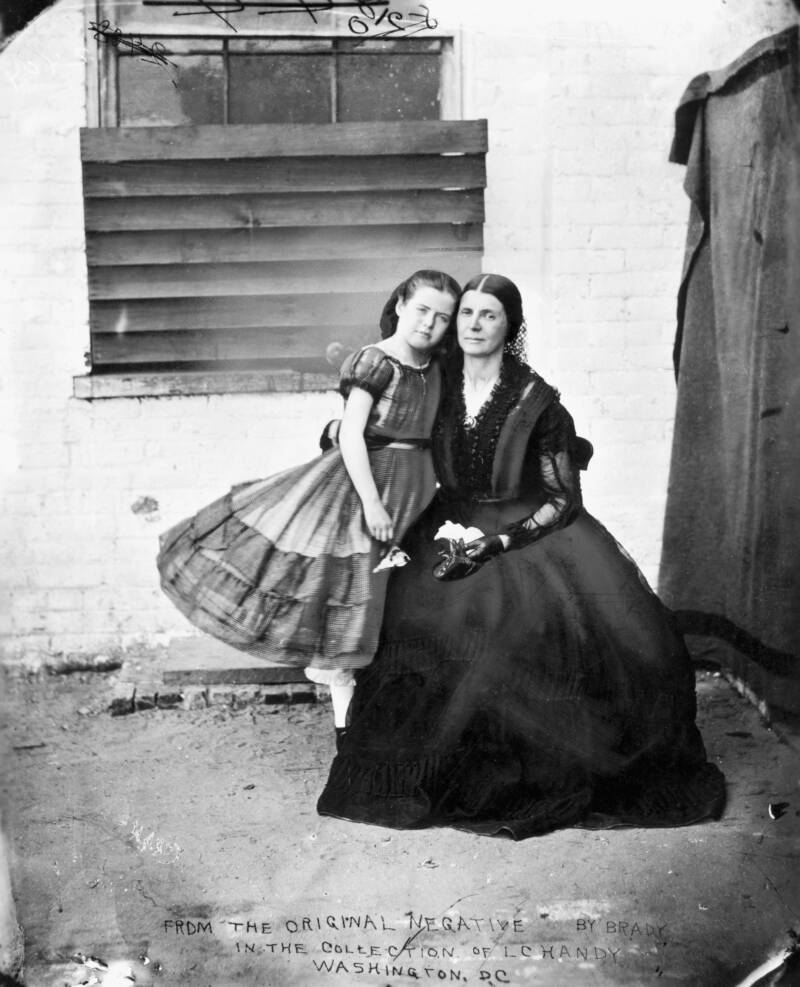 Bettmann/Getty ImagesConfederate spy Rose O’Neal Greenhow with her daughter “Little Rose” in the courtyard of the Old Capitol Prison in Washington, D.C. 1862.

When Rose O’Neal Greenhow first arrived in Washington D.C. as a young girl, most dismissed her for her “low birth.” They had no idea that she’d grow up to become one of the Civil War’s most influential spies.

From her humble beginnings, Greenhow steadily climbed the social ladder in the nation’s capital. She befriended first ladies and rubbed elbows with presidents. And when the Civil War broke out in 1861, Greenhow remained loyal to her Southern roots. She decided to spy for the Confederacy.

Operating from her home in Washington, Greenhow dispatched secrets to the South. She played a crucial role in the First Battle of Bull Run and won accolades from Confederate President Jefferson Davis. Not even her arrest, imprisonment, or banishment from the capital could stop her.

This is the forgotten tale of Rose O’Neal Greenhow, one of the Confederacy’s most useful spies.

From The South To The D.C. Social Scene

Born around 1815 on a small farm in Maryland, Rose O’Neal Greenhow’s early life was scarred by tragedy. The New York Times writes that her father was killed by an enslaved man when she was a girl, and she and her siblings were separated and doled out to various relatives.

The State Library of North Carolina reports that Greenhow ended up living with an aunt in Washington D.C. who ran an elite boarding house. Just 13 or 14 years old when she arrived in Washington, Greenhow admired the social scene in the nation’s capital but struggled to establish much of a foothold in the scene herself.

That all changed when Greenhow met and married Dr. Robert Greenhow, a federal librarian and translator, around 1835. With her husband at her side, Greenhow found herself in the upper echelons of Washington society, where she befriended former First Lady Dolley Madison, South Carolina Senator John C. Calhoun, and James Buchanan, who was elected president in 1856. 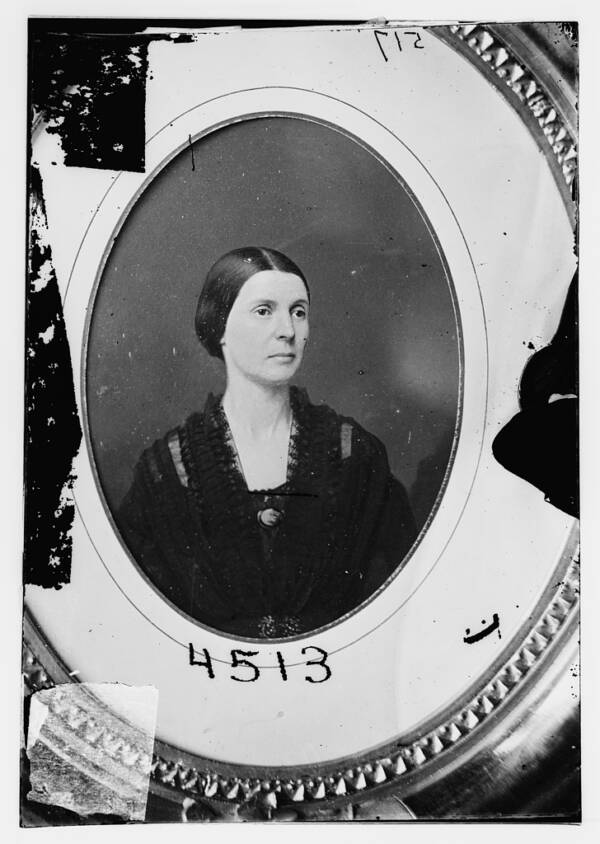 Library of CongressRose O’Neal Greenhow befriended first ladies and future presidents as a D.C. socialite before the Civil War.

As the American Battlefield Trust notes, Greenhow briefly lived on the West Coast in the 1850s when her husband was transferred there for work. She returned to D.C., but he never did. Shortly before he planned to rejoin his wife, Greenhow’s husband fell off an elevated sidewalk and died in 1854.

Six years later, the clouds of war gathered over the capital following the election of President Abraham Lincoln. And Rose O’Neal Greenhow, with a widow’s pension and a house in Washington D.C. all her own, made the fateful choice to support the nascent Confederacy.

Proud of her roots, and fervently pro-slavery, Rose O’Neal Greenhow wanted to support the South in any way she could. In the early days of the war, she got her chance when Lieutenant Colonel Thomas Jordan — an assistant to Confederate General P.G.T. Beauregard — asked her to organize a spy ring in Washington D.C, according to the Intelligence Community.

As the nation trembled on the edge of full-out war, Greenhow listened for information that could give the South an advantage. When she heard that Union forces planned to march on Manassas, Virginia, Greenhow took action.

According to the American Battlefield Trust, Greenhow enlisted a young woman named Bettie Duvall to help her warn the Confederacy. The National Archives writes that Greenhow wrote out her message in a cipher, which Duvall stuck in a small silk bag and tied up into her hair. 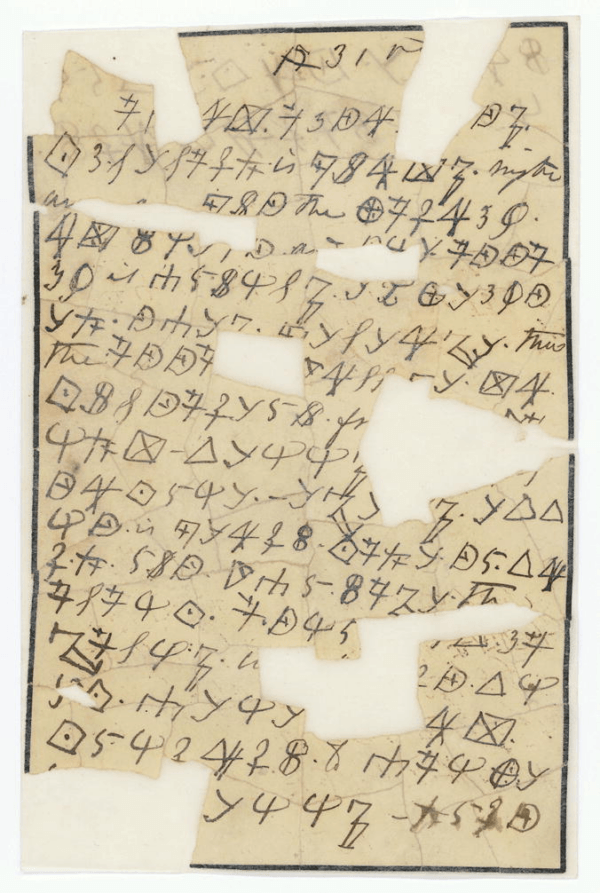 Public DomainAn example of one of Rose O’Neal Greenhow’s ciphers.

Duvall successfully delivered the message to Beauregard at his Fairfax, Virginia, headquarters. Beauregard passed it on, telling Confederate President Jefferson Davis, “the enemy – 55,000 strong, I believe – would positively commence that day his advance from Arlington Heights and Alexandria on to Manassas [near Bull Run], via Fairfax Court House and Centerville.”

When Union and Confederate troops clashed for the first time during the First Battle of Bull Run on July 21, 1861, the Southern troops were ready. To the shock of many in the North, the Confederates soundly won the battle and set the stage for a drawn-out conflict. 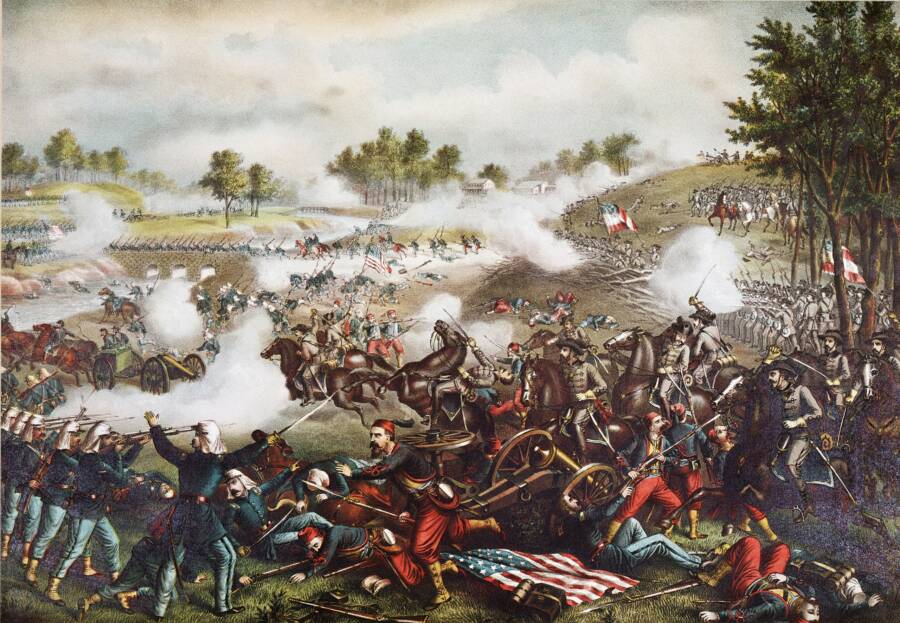 Public DomainThe First Battle of Bull Run resulted in a Confederate victory, thanks in no small part to Rose O’Neal Greenhow.

How The ‘Wild Rose’ Was Caught

Following the First Battle of Bull Run, Rose O’Neal Greenhow continued to operate her spy ring from Washington D.C. The American Battlefield Trust reports that her network included 48 women and two men, and frequently sent encoded information to Beauregard and other Confederates.

But Greenhow’s activities didn’t go unnoticed. The Intelligence Community reports that she drew the suspicion of Allan Pinkerton, the Head of the U.S. Intelligence Service. After placing her under surveillance, Pinkerton caught a Union soldier passing Greenhow battle maps. 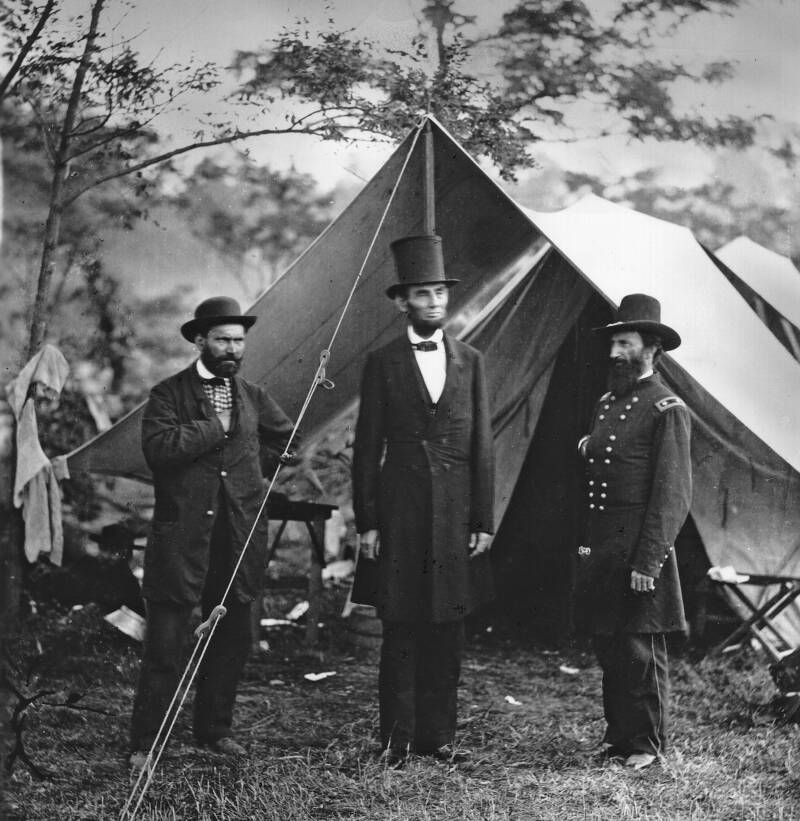 After arresting Greenhow and searching her home, Pinkerton and his men found a huge cache of sensitive material. According to the National Archives, they uncovered letters, maps, notes, Greenhow’s ciphered messages, and burnt papers she’d tried to destroy.

Though they placed her under house arrest, Greenhow continued to spy for the Confederacy. Sometimes, the Intelligence Community reports, her daughter would even smuggle out messages written inside candy wrappers.

“She has not ceased to lay plans, to attempt the bribery of officers having her in charge, to make use of signs from the windows of her house to her friends on the street, to communicate with such friends and through them… to the rebels,” Pinkerton complained, according to The New York Times.

She was eventually sent to the Old Capitol Prison in Washington, D.C. alongside her daughter, “Little Rose.” After she’d undergone four months of imprisonment, Union officials banished her from the North in May 1862.

Back in the South, Greenhow was feted as a hero. The Women’s History Blog reports that cheering crowds greeted her, and Davis soon tapped her to conduct a special diplomatic trip to Europe on behalf of the Confederacy. 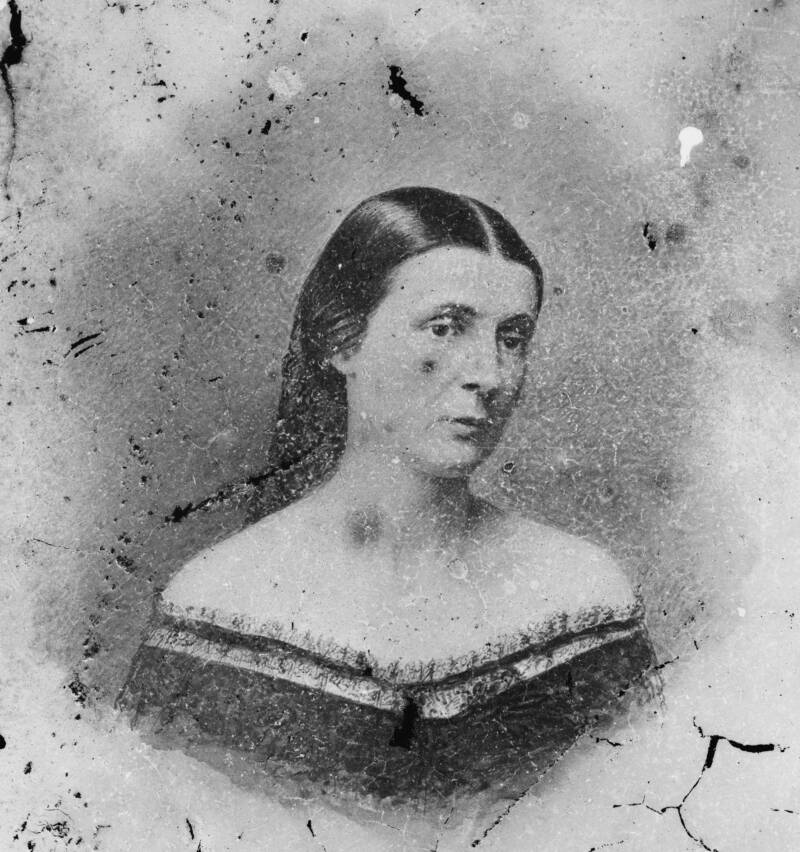 Library of CongressRose O’Neal Greenhow died while returning from a diplomatic trip to Europe on behalf of the Confederacy.

At first, Rose O’Neal Greenhow’s trip to Europe seemed to be a success. Traveling through France and Britain, she had audiences with Emperor Napoleon III of France and Queen Victoria of England. Greenhow also wrote her autobiography, My Imprisonment and the First Year of Abolition Rule at Washington, and became engaged to a British earl.

After about a year, Greenhow sailed home. She had about $2,000 in gold that she’d made from her book and intended to give to the Confederacy. But as her ship, the British blockade runner Condor neared American shores on Oct. 1, 1864, disaster struck.

History writes that the U.S.S. Niphon, a Union vessel, confronted the Condor off the coast of Cape Hatteras, North Carolina. The Niphon ran the Condor aground, and Greenhow fled with two others in a lifeboat.

But the lifeboat capsized. And Greenhow, weighted down by the gold she was wearing, drowned.

The Confederate spymaster washed ashore the next day. She was laid to rest with full military honors and was buried wrapped in a Confederate flag, at Oakdale Cemetery in Wilmington, North Carolina.

In that way, Rose O’Neal Greenhow died as she had lived — in the service of the Confederate States of America.

After reading about Rose O’Neal Greenhow, discover the story of Mary Bowser, the enslaved-woman-turned-Union-spy who helped bring down the Confederacy. Or, look through these stunning photos of the Civil War in color.