The Story Of Philip Johnson, The Man Who Almost Got Away With The Biggest Cash Heist In U.S. History

Frustrated with his low-paying job guarding armored cars for Loomis, Fargo & Co., Philip Noel Johnson made off with $18.8 million of the company’s money one day in March 1997. 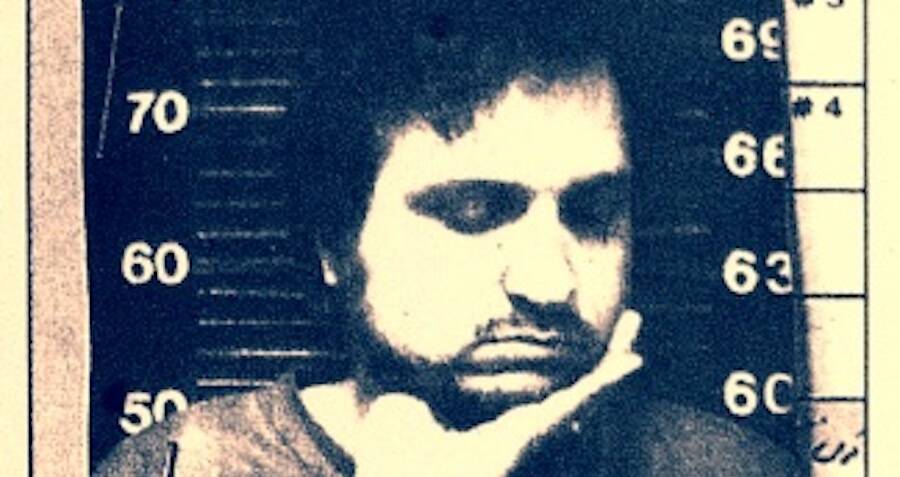 Armored car guard Philip Noel Johnson was sick of earning a pittance from the cash handling company he worked at, Loomis, Fargo & Co. So on March 29, 1997, he initiated the ultimate labor protest. He turned his company-issued gun on his own coworkers and stole $18.8 million in cash, escaping in an armored Loomis, Fargo car.

At the time, Johnson’s substantial and unapproved pay raise was the largest cash heist ever, and Johnson knew the FBI would soon be on his trail. Johnson remained elusive in the months following the robbery, and he almost got away with it. Then, he made one fatal mistake.

Philip Noel Johnson was born in 1964 into an unsettled lifestyle. According to the Washington Post, Johnson’s father left the family when Johnson was young. When Johnson was three, his mother was forced to live on welfare in an Atlanta public housing complex.

“He lived in that world, a world of pain,” Johnson’s sister Sharon later told the Post. When he was eight, Johnson was separated from his siblings, and from then on lived nomadically, shipped from Rochester, New York, to Pennsylvania, then back to New York, with a brief stop in California in between.

Johnson became cynical, learning to distrust male authority figures. But he found stability with an aunt, who paid for his high school tuition at Lima Christian Academy in New York.

While there, he earned the nickname “Fish” for his particular interest in the Bible story about the loaves and the fishes, when Jesus blesses a small amount of bread and fish and produces a miracle: enough fish and bread to feed thousands.

Johnson was clever and meticulous, landing a perfect score on his SATs. He then earned a two-year degree in criminology from a community college. After graduating, Johnson moved south to Jacksonville, Florida where his mother and sister had moved, hoping to pursue his life ambition of becoming a cop.

But landing a police job proved difficult for Johnson. He took on a variety of odd jobs as he continued to apply to police departments. Years passed by. Johnson gradually became bitter and resentful when departments across the South would not accept him, allegedly because of his sporadic work history.

Johnson took a “temporary” armored guarding position at what was then Wells Fargo, earning $7 an hour. Time passed, until he one day came to the depressing realization that he had been there for ten years.

But soon, Johnson would plan the ultimate escape from his working life.

Pulling Off The Largest Heist Ever

Angry, negative, lonely, suicidal, but smart and meticulous, were some of the descriptions co-workers, family and neighbors used to describe the then 33-year-old Philip Johnson, according to Jacksonville Magazine.

Johnson’s demeanor as a grumpy, cynical working stiff may have worked in his favor. He appeared to many an unremarkable everyman, blending into his blue-collar landscape so that nobody suspected he was about to do something quite remarkable.

On Saturday, March 29, 1997, Johnson’s truck was the last one to return to the depot around 7 p.m. The driver went home for the Easter weekend, and Johnson followed normal procedure, assisting two other workers in processing the latest cash load.

Suddenly, Philip Noel Johnson drew his gun and ordered both men to lie down. He handcuffed them both, then walked back into the yard, reversing a white unmarked van up to the vault.

Johnson made both men lie down in the van on top of the money, removed the tape from the surveillance system, and pulled his personnel file from company records. Then, he swung the huge vault door closed, setting the timer so that it would not open until the next day.

Johnson had tended his resignation from Loomis Fargo in spectacular fashion, masterminding the theft of $18.8 million. It was the nation’s largest-ever cash robbery at the time.

Driving an innocuous white van at night, Johnson stopped at his small house near his workplace and handcuffed one of the guards to a pipe in the closet, leaving water and food close by.

Back in the van, Johnson drove all night into North Carolina, barely speaking to the other guard still lying on the bags of cash other than to say he was willing to kill him. Hours later, Johnson made another stop somewhere in the dark and offloaded the cash.

On Easter Sunday, Johnson stopped and handcuffed the guard to a small tree, leaving him with some snacks and promising to alert the authorities to his location within 48 hours.

The Hunt For Philip Noel Johnson 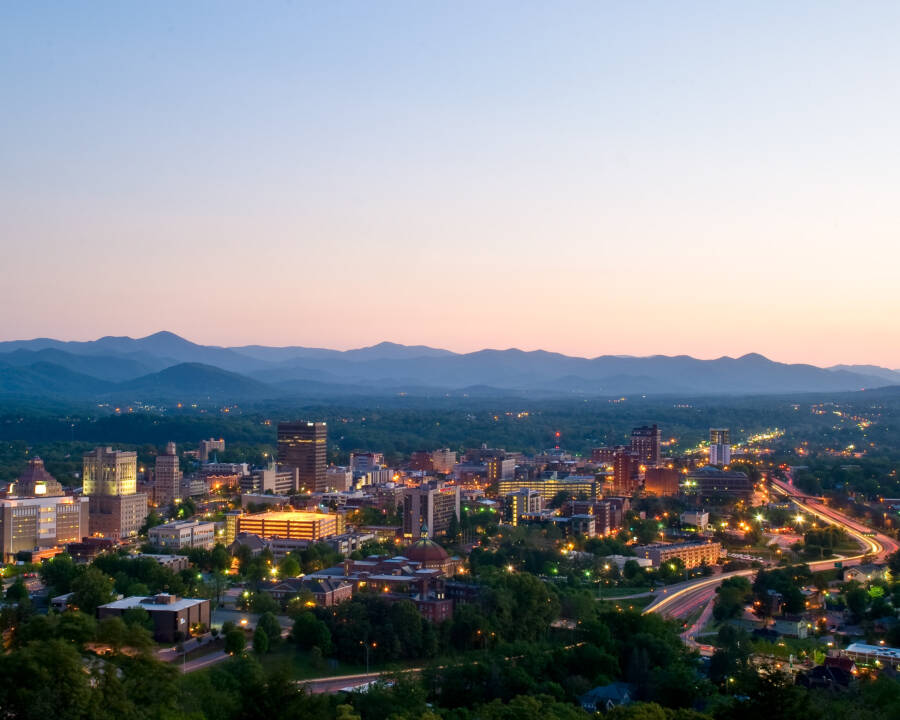 Back in Jacksonville, Loomis Fargo discovered the robbery and alerted the police. Confusion reigned over the locked vault until a call from North Carolina authorities cleared up the mystery.

The guard Johnson had cuffed around the tree had been able to reach his Swiss army knife, and spent about an hour picking the cuffs. Once free, he flagged down a motorist and alerted the police.

The Jacksonville police freed the first guard, who they found unharmed in Johnson’s house. While there, they discovered some false identity paperwork and learned from the dates on the papers that Johnson had likely begun planning the heist five years ago.

Loomis Fargo offered a $500,000 reward for information about the stolen money, and the hunt for Johnson began red hot in Asheville, North Carolina, where the van had turned up in a National Guard armory parking lot the morning after the robbery. Johnson had kept his promise to the guard handcuffed to the tree, phoning a TV station and providing directions to the guard’s location, unaware that he had already escaped.

The FBI found evidence that Johnson had spent a few nights in Mexico before the trail fizzled out. They estimated any storage unit would need to be roughly 21 cubic feet for the nearly half-ton of cash Johnson had stolen. The FBI began the arduous task of checking self-storage facilities between Florida and North Carolina, showing Johnson’s photo at each one.

Philip Noel Johnson’s life on the run lasted five months. On August 30, Johnson was arrested in Brownsville, Texas while on a bus back from Mexico. The border agent later reported that Johnson initially drew her suspicion because his answers to her questions reminded her of the pathological liar character played by Jon Lovitz on Saturday Night Live.

Johnson had also used the alias Roger D. Lawter, the name of someone already known to the FBI as someone who had rented a room in Johnson’s home from October 1991 to September 1993.

Johnson had been carrying $10,714 when he was arrested, having attempted to navigate moving and spending huge amounts of illicit cash without drawing undue suspicion.

On Sept. 19, the FBI found the rest of the stolen cash – all $18 million of it, minus a paltry $186,000. The cash had been taking up substantial space in a storage facility in the tiny North Carolina community of Mountain Home, according to The New York Times. 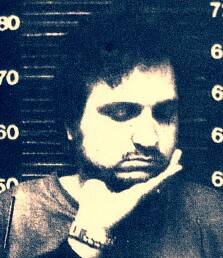 On Jan. 20, 1999, Philip Johnson pleaded guilty to kidnapping, money laundering, and interfering with interstate commerce with violence, having surrendered $65,000 in eight Mexican bank accounts. He was sentenced to 25 years in prison.

“I didn’t want any more than 1 or 2 million for myself,” Johnson said, according to AP News. Johnson said he planned to use 20 percent to help the poor in Central America, and would offer 80 percent back to Loomis Fargo if they changed the way they treated their employees

After Johnson stole $18.8 million from the company in March, unbelievably, on Oct. 4, 1997, David Ghantt stole another $17.3 million from their vaults in North Carolina. Over the span of a few months, Loomis Fargo had suffered two of the largest cash robberies in U.S. history, perpetrated by its own employees.

Philip Noel Johnson was released in October 2019 after 21 years in prison. According to his defense lawyer, his current whereabouts are unknown.

After learning about Philip Johnson’s audacious March 1997 Loomis Fargo robbery, read about the $100 million Antwerp diamond heist. Then, go inside the story of Neil McCauley and the real heist that inspired ‘Heat.’