The Disturbing Case Of Kimberly Kessler, The Murderer With 18 False Identities

After Florida hairstylist Joleen Cummings vanished in 2018, authorities questioned her co-worker “Jennifer Sybert” — and soon found out that wasn’t her real name. 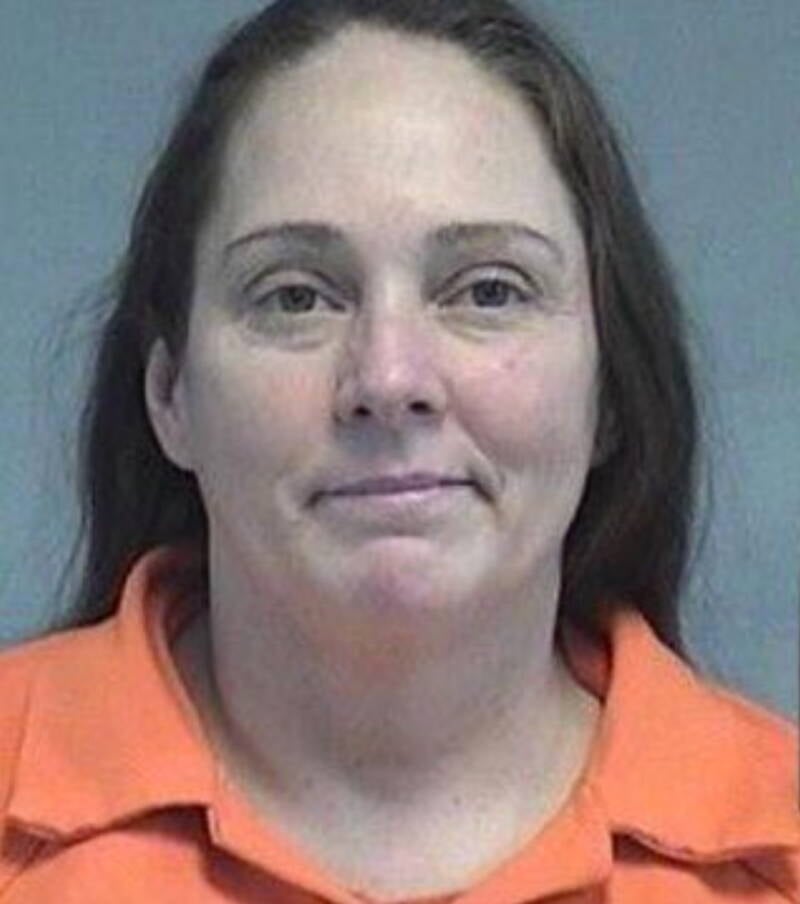 In 2018, Kimberly Kessler had been working at Tangles Hair Salon in Fernandina Beach, Florida, under the assumed name of “Jennifer Sybert” for about a month. Her co-worker and fellow stylist Joleen Cummings was almost immediately suspicious about who Sybert really was, but Kessler, a woman with more than a dozen identities, hadn’t come this far to be caught by a hair fluffer like Cummings.

In April 2018, Sybert/Kessler spent some time researching Florida cases in which the body had disappeared. For the sociopathic Kessler, no body meant no murder. When Cummings disappeared almost a month later, Kessler tried to disguise her actions, but instead made crucial mistakes and quickly became the prime suspect.

This is the baffling, murderous story of Kimberly Kessler.

The Disappearance Of Joleen Cummings

Joleen Cummings had built herself a loyal clientele at Tangles Hair Salon through social media. She was a well-loved mother with three young children, and very close to her own mother. And she quickly deduced that there was something off about Jennifer Sybert, the new hair stylist. They had argued, with Cummings telling Sybert/Kessler she wasn’t who she said she was, and that she intended to expose her. In doing so though, Cummings had gravely underestimated Kessler’s sociopathic impulses.

Tensions between the two came to a head at work the next day, Saturday, May 12, 2008, when the 34-year-old Cummings dangerously tangled with Kessler. Cummings was supposed to leave at 5 p.m. but didn’t return home and was never seen again.

Cummings had vanished just a few hours before her birthday, as well as Mother’s Day — and when she failed to collect her three children from her ex-husband, alarm bells were raised and she was declared missing.

Law enforcement had their first bizarre experience with “Jennifer Sybert” the following day, when they stopped by Tangles. The salon owner called Kessler as she was driving to work, telling her the police were there to talk with her, as the last person to see Cummings alive.

Sybert/Kessler pulled into the parking lot and drove away, giving herself the day off. Then, she further extended her leave by texting the owner that, in fact, she was quitting, and would mail her the salon key. Her perplexing behavior continued when she called the police, telling them she couldn’t be associated with the investigation because her ex-boyfriend was a stalker, as well as a computer expert, who would track her down if her name appeared on any official report. 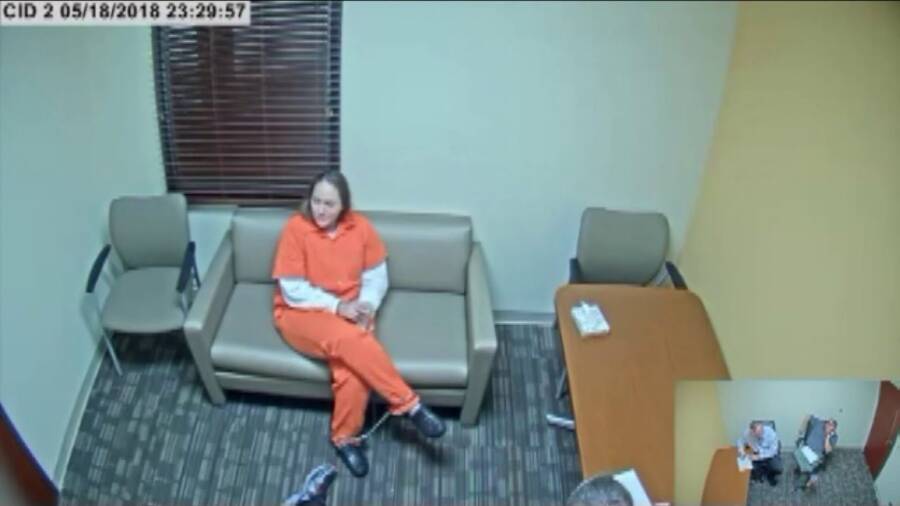 Kessler had been born on May 9, 1968, in Butler, Pennsylvania, but she would only reveal that to investigators a few days later.

On May 16, police were tipped off to Cummings’ Ford Expedition abandoned in the parking lot of a Home Depot store in nearby Yulee. CCTV footage from May 13, at 1:17 a.m. captured a person dressed in black parking the car and walking away. Investigators followed the route captured by different security cameras, and saw the same person buy a bottle of water at a gas station using a credit card, before leaving in a taxicab.

Investigators soon realized the person they were looking at was “Jennifer Sybert,” tracing her cab ride back to Tangles to retrieve her own vehicle. Then, they discovered that the home address she had provided the owner of Tangles with was bogus.

Meanwhile, the forensics team at Tangles Hair Salon, used Luminol to detect massive amounts of blood residue on the walls, chairs, cabinets, and a sink, which was later confirmed as Joleen Cummings’ according to Oxygen.

The police found Kessler later that day sleeping in her car at a rest stop sandwiched between two semi-trucks. She appeared to be living out of her car and had band aids covering her face and hands. Arresting the woman for grand theft auto, officers noted the large scratch below her left eye, as she told them a tale of running into a tree branch while riding her bike.

Seated on a couch wearing an orange jumpsuit, Kimberly Kessler casually revealed her real identity 48 hours later in a videotaped interview. “When you run my fingerprints through, they come up as Kimberly Lee Kessler … I am 50 years old, and I’ve been running for over 25 years,” she said.

Kessler was lighthearted, but at the two-hour mark when detectives focused on Joleen Cummings’ disappearance, her demeanor changed. Kessler had been around the block, and said, “You may not like the answer, but I would like to retain legal counsel.”

The Murder Of Joleen Cummings

Kessler claimed she ran away from home after high school, living under assumed names after dating a man in Arizona who robbed banks, but research showed that she had lived in Pennsylvania until 2004. Kessler skipped town in July 2004, when she was 35, telling family members she was heading south to assume an identity that she got from a tombstone.

That identity was later confirmed as Jennifer Marie Sybert — a 13-year-old girl who died in a car crash in Germany in 1987, and was buried in a Butler, Pennsylvania, cemetery.

Kessler’s family reported her missing eight years later in 2012, but by then, the local cops had made the distinction: Kessler wasn’t a missing person, she was a woman who didn’t want to be found.

Kessler was certainly busy the night of Cummings’ disappearance, as surveillance footage behind Tangles showed Kessler unsteady on her feet, heaving heavy trash bags into a nearby dumpster. Kessler then went late-night shopping at Walmart where footage captured her purchasing 30-gallon trash bags, an electric carving knife, cleaning gloves, and a bottle of ammonia.

Returning to the salon, Kessler threw more bulging trash bags into the same dumpster later, with their contents collected by a garbage truck and never retrieved. “What really floored me was the electric knife,” said Sheriff Bill Leeper, who knew the gruesome deed Kessler had used it for.

Two weeks before the murder, the ice-cold premeditation of Kessler’s homicidal plotting was there to see. Her phone’s browser history showed search terms like, “coworker guilty of murder missing person body not found.” And once Cummings was confirmed as missing, the name Joleen Cummings was searched for 457 times over 48 hours, including, ‘Joleen cummings no body no crime’ according to News4Jax.

In Kessler’s car investigators found multiple false documents and identification cards revealing Kessler’s counterfeit tour of the U.S.: she had used 18 aliases across 33 cities in 14 states since 1996. Cummings’ DNA was later found on socks, boots, and scissors — the very tool of her trade — inside Kessler’s car. Cummings blood was also found in Kessler’s rented storage unit alongside one of her fingernails inside a bin.

Kessler was charged with Cummings murder in September 2018, then went on a hunger strike in jail and dropped down to a skeletal 89 pounds to prove incompetence for trial. The judge, however, found Kessler mentally competent, despite Kessler often being wheeled into court emaciated and ranting.

Kessler was also charged with battery after she stripped down and smeared feces on herself and the cell walls — and even flung it at guards reported Jacksonville.com. When her trial eventually began, Kessler was sequestered in another room due to multiple disruptions and verbal outbursts.

In December 2021, Kessler’s trail of deceitful destruction came to an end when she was sentenced to life without parole. Sheriff Leeper happily told assembled media, “We’re going to celebrate her new home for the rest of her life, which is going to be Florida State prison.”

Tragically, Joleen Cummings’ body or remains have never been found.

After learning about Kimberely Kessler, read about journalist Alison Parker and her murder by a co-worker. Then, learn the disturbing of Ward Weaver III and the grisly secrets buried in his yard.