Inside The Demise Of Troy Leon Gregg, The Man Who Escaped Death Row Before Being Murdered That Very Night

The night before he was to be executed in July 1980, Troy Leon Gregg broke out of Georgia State Prison — only to die in a bar fight just a few hours later. 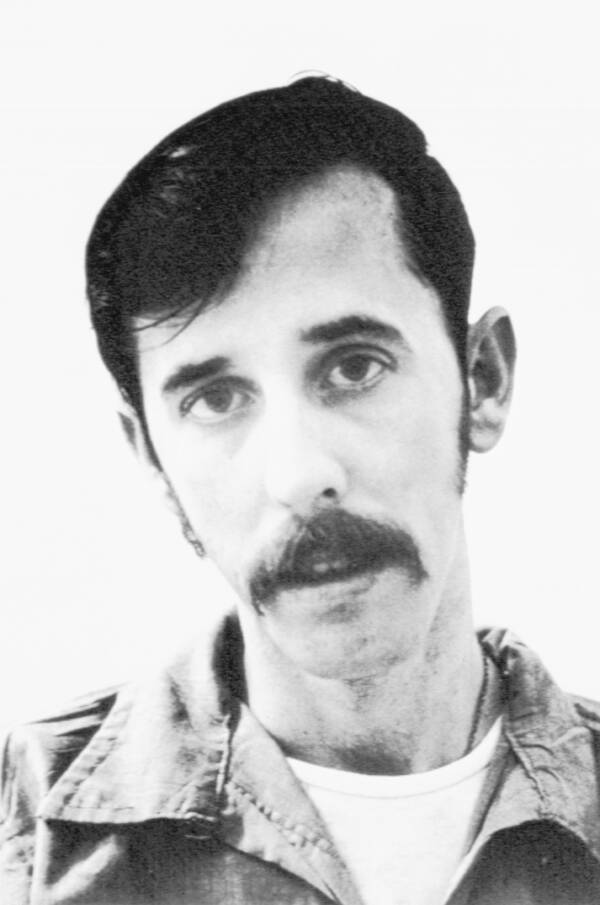 Bettmann/Getty ImagesTroy Leon Gregg, the first man to have his death penalty upheld by the Supreme Court after the decision of Furman v. Georgia.

On July 28, 1980, four men convicted of murder escaped from Georgia State Prison by disguising themselves as corrections officers. Among them was Troy Leon Gregg, an alleged double-murderer whose court case had become a landmark for the United States Supreme Court, creating the bedrock for modern death penalty jurisprudence.

But though their escape was successful, Gregg’s freedom didn’t last long. Accounts differ on what exactly happened that night, but the conclusion is the same: Gregg’s body was found beaten and floating in a nearby lake.

He was killed the night he escaped death row.

Gregg’s name may very well have been forgotten by history had it not been for the Supreme Court ruling that condemned him, but the story of his trial and escape is now inextricably tied to the law surrounding the death penalty in the United States

On Nov. 21, 1973, 25-year-old Troy Leon Gregg was hitchhiking north in Florida with his companion, 16-year-old Floyd Allen, when the two were picked up by a pair of men named Fred Simmons and Bob Moore.

At some point during their drive, court documents say, the car broke down. Simmons, fortunately, had enough cash on him to purchase a second vehicle, and the four travelers continued on their journey, eventually picking up a third hitchhiker named Dennis Weaver.

Weaver traveled with the others for the day, but around 11 p.m., as they were passing through Atlanta, he asked to be dropped off. Gregg and Allen, however, continued on with Simmons and Moore, until the four eventually decided to rest somewhere along the highway.

Gregg later testified that Simmons became violent during their stop.

While Gregg tried to argue the shootings were in self-defense, Allen’s account of the events suggests that Gregg never felt like he was in danger.

Per Allen’s testimony, Gregg turned to him and said, “Get out, we’re going to rob them.”

Gregg fired three shots at Simmons and Moore; both men fell into a nearby drainage ditch. As Allen watched, Gregg went over to the two men, fired one shot into each of their heads, and grabbed whatever was in their pockets. He then told Allen to get in the car, and they drove off. 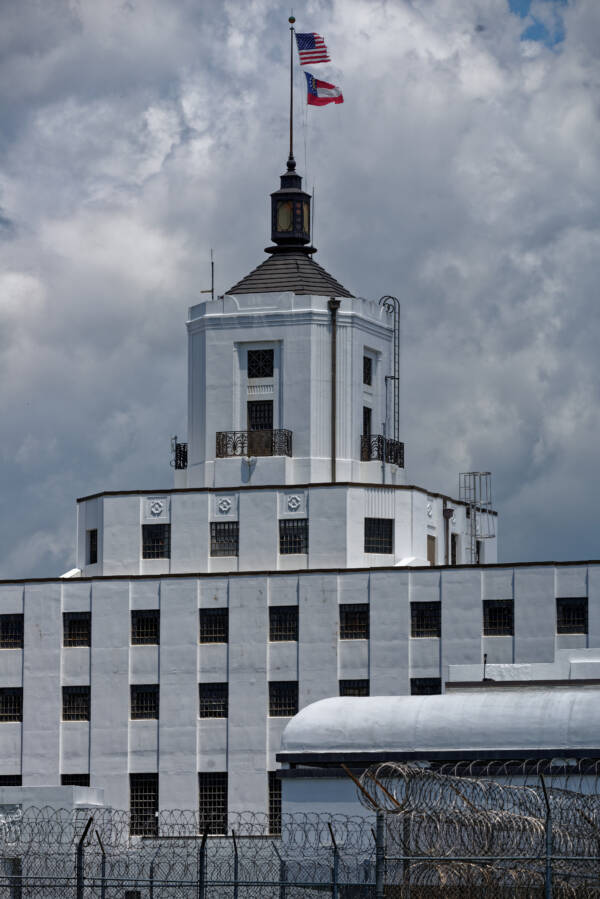 Simmons and Moore’s bodies were found lying in the ditch the next morning, and a day later, a local paper reported their deaths. Weaver picked up a paper and, recognizing the two men, went to the police. He told them about his traveling companions and offered a description of the car — which Gregg and Allen were discovered in the next day.

What’s more, Gregg still had the .25 caliber gun that he had used to kill Simmons and Moore, and bullets that matched those found in the ditch.

Gregg also wrote Allen a letter from jail with instructions on what to say during his testimony.

Troy Leon Gregg was ultimately charged with armed robbery and murder, and found guilty of both.

Gregg’s trial also came not long after the results of Furman v. Georgia, another landmark case that questioned whether the death penalty constituted cruel and unusual punishment. The 1972 case overturned all existing death penalty statutes at the time, forcing states to draw up new ones.

And this is why Gregg’s case is so notable: Troy Leon Gregg was sentenced to death, and the ruling forever changed how the death penalty would be applied in American law.

Gregg v. Georgia — The Supreme Court Case That Brought The Death Penalty Back

In the wake of the Furman ruling, states began to alter their death penalty statutes. While many abolished the death penalty altogether, others made it a mandatory punishment for murder.

Georgia just so happened to decide that it could be applied if a jury found “aggravating” factors, according to The Marshall Project. Georgia also would break capital trials into phases to determine guilt or innocence before sentencing, and guaranteed appellate review of all death sentences.

In Gregg’s case, the jury was given three considerations before condemning the murderer: Did Gregg commit the murders while committing another capital felony? Did he commit the murders with the intent of taking the victims’ money and car? And was the murder “outrageously or wantonly vile, horrible, or inhuman in that it involved torture, depravity of mind, or an aggravated battery to the victim?”

The jury quickly determined that the first two criteria were met, as it seemed Gregg’s intention had been to commit armed robbery. The third consideration, however, was a bit less clear.

Ultimately, the jury decided that Gregg’s murders fit all of the requirements to sentence him to death — a decision that was later upheld by the United States Supreme Court, setting a precedent for all future trials in which the death penalty was a consideration. 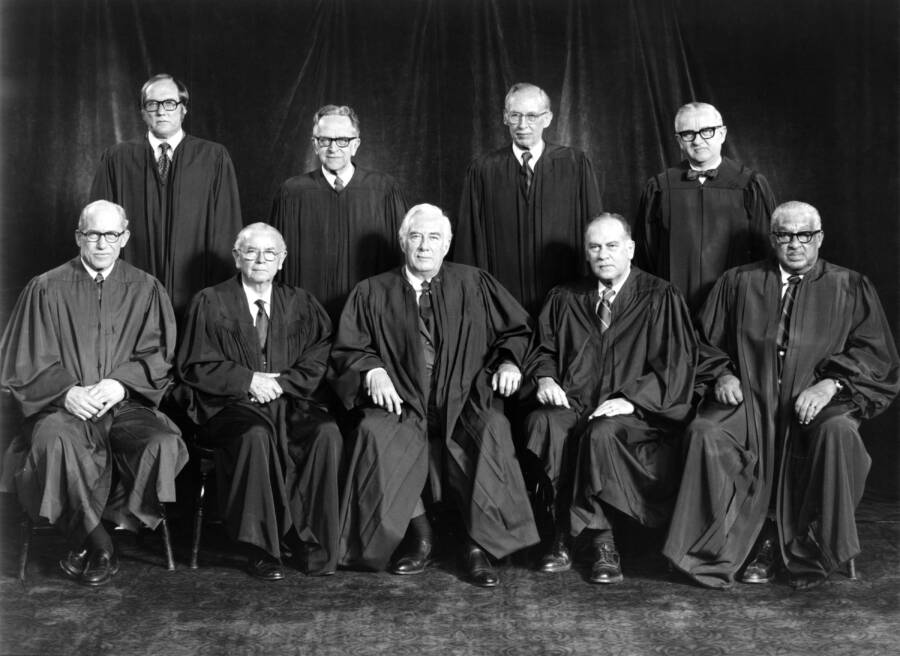 In essence, Gregg established that a death penalty uninfluenced by arbitrary factors satisfies the Constitution, and that Georgia’s approach was sufficient to determine non-arbitrariness. The ruling helped solidify the now familiar flow of trials from a guilt or innocence phase to the sentencing phases. It also guaranteed appellate review of all death sentences.

On July 2, 1976, Troy Leon Gregg became the first condemned individual to have his death sentence upheld by the U.S. Supreme Court after the Furman ruling — and he also took part in the first successful escape from a Georgia death row.

Troy Leon Gregg’s Prison Break — And His Death Immediately After

As True Crime Magazine reported, Gregg and three other convicted murderers were being held at Georgia State Prison, awaiting their ends, when they concocted a plan to escape.

They managed to saw through the bars of their cells and a window in one of the building’s exercise rooms. They then shimmied along the exterior ledge until they reached a fire escape.

Gregg and his co-escapees also altered their pajamas to look like uniforms worn by corrections officers — and were apparently convincing enough that when actual corrections officers stopped them, they let the escaping convicts go, believing they were colleagues making “security checks.”

Accounts of what happened after the escape differ, however. Some accounts say that Gregg called a reporter for the Albany Herald just hours after the escape to complain of “inhumane conditions” — and then the reporter alerted prison officials. 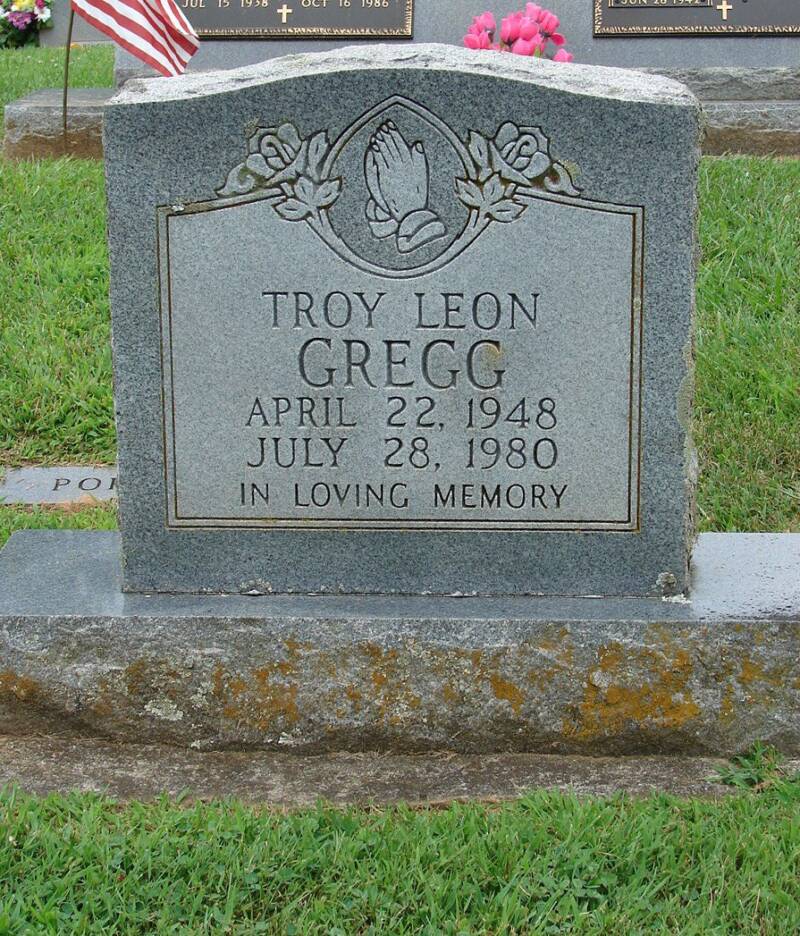 Others say that Gregg wrote about the escape in letters to his wife, and when he told the others with whom he escaped, they were so enraged they beat him to death and dumped his body in the lake. And other stories claim that the escapees got into a drunken row.

No matter which version of events is true, though, they all end with Gregg’s body being found in a lake, covered in bruises and signs of a fight.

Troy Leon Gregg may have escaped death row, but it seems he could not escape death.

After learning about Troy Leon Gregg’s monumental trial, read about George Stinney Jr., the youngest American ever put to death in the electric chair. Then, learn about the murder trial of Arne Cheyenne Johnson, who fatally stabbed his landlord and then said the Devil made him do it.