In 2002, Ward Weaver III went on TV and proclaimed his innocence in the disappearances of Ashley Pond and Miranda Gaddis — while standing on the very spot where he’d buried Pond. 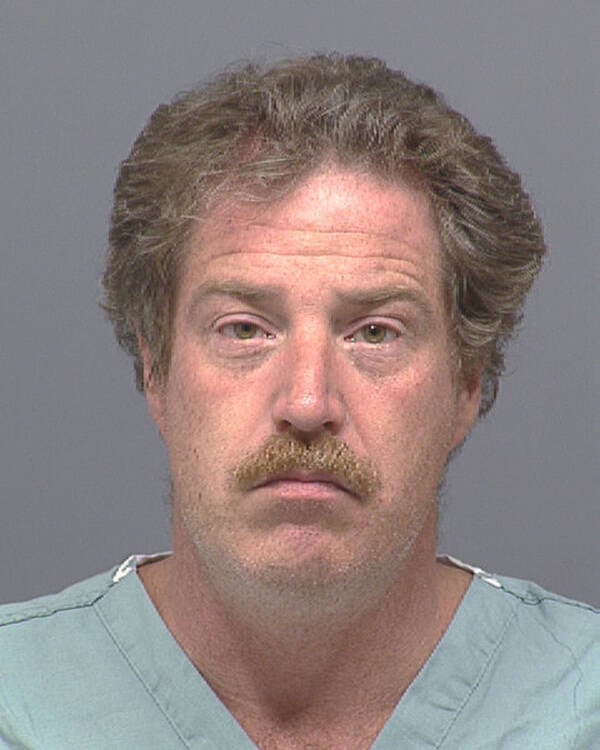 In August 2002, Francis Weaver, the son of Ward Weaver III, contacted Oregon City Police to report his father had raped his 19-year-old girlfriend. Francis Weaver’s girlfriend had escaped his father’s house practically naked, flagged down a passing motorist, and been taken to a nearby place of safety.

But there was one more thing Francis Weaver wanted to report: His father had also just confessed to killing two missing girls.

The 2002 disappearances of Ashley Pond and Miranda Gaddis in Oregon City shone the national spotlight firmly on Ward Weaver III. He lived just up the street from the missing girls, and in a July 2002 TV news interview, Weaver would stand right on the concrete slab where he had buried one of them. And the lead-up to Weaver’s arrest for the murders of Pond and Gaddis would reveal a chilling family history of violence. 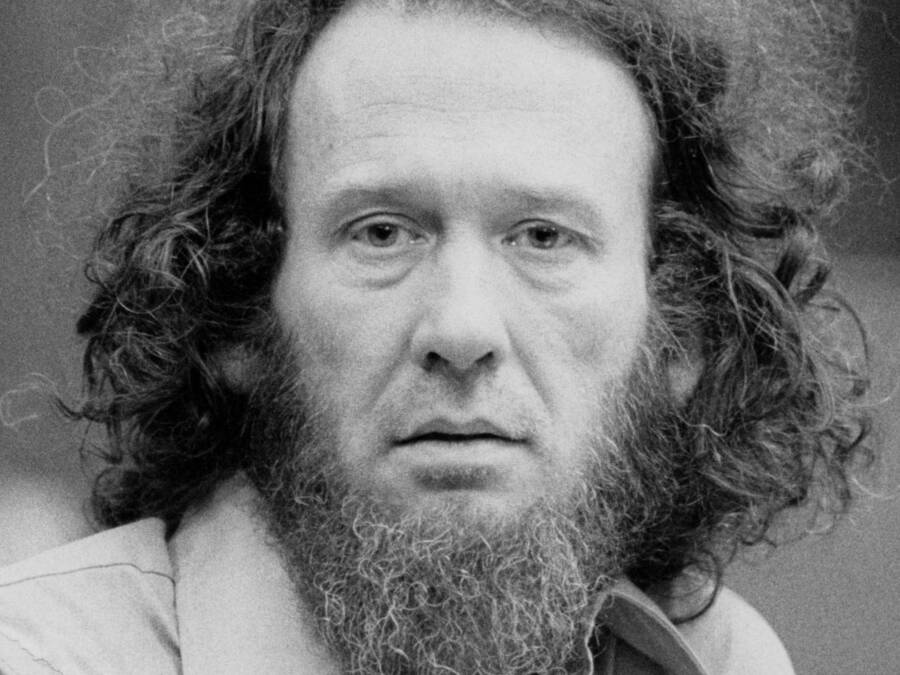 Born on April 6, 1963, in northern California, Ward Weaver III was raised in an earlier generation of Weaver family violence. His father, Ward Weaver Jr., practically abandoned him at age 4, and Weaver’s mother remarried a heavy drinker, who often beat Weaver with his belt.

Weaver would in turn take his frustrations out on his younger siblings, frequently beating his younger stepbrother, and inflicting cruelty on his youngest sister, who couldn’t recall a time when her brother wasn’t hurting her, according to Oregon Live.

In April 1981, a relative accused Weaver of rape, but he had just enlisted in the Navy, so police did not pursue charges. By May 1982, Weaver was other-than-honorably discharged and brought his Philippine girlfriend home, marrying her in August 1984. The couple would have four children, and Weaver’s pattern of control and violence would continue throughout their relationship.

The couple moved to Bakersfield, California, with Weaver hoping to reconnect with his father, who was on trial for murder. According to Oregon Live in 1981, Weaver Jr., a truck driver, stopped for a broken-down couple’s car, beat the 18-year-old to death with a lead pipe, and kidnapped his 23-year-old girlfriend.

Weaver Jr. repeatedly raped her on the way back to his California home. More disturbing, some time later, Weaver Jr. strangled the woman when she bit his finger, then had his 10-year-old son help dig a hole under the pretense of a broken sewer pipe. Weaver Jr. covered the woman’s body with concrete and built a wooden deck over the space. Receiving the death sentence for his crimes, Weaver Jr. started a chain reaction of Weaver murders.

And his method of corpse disposal would chillingly echo with the crimes of his son. 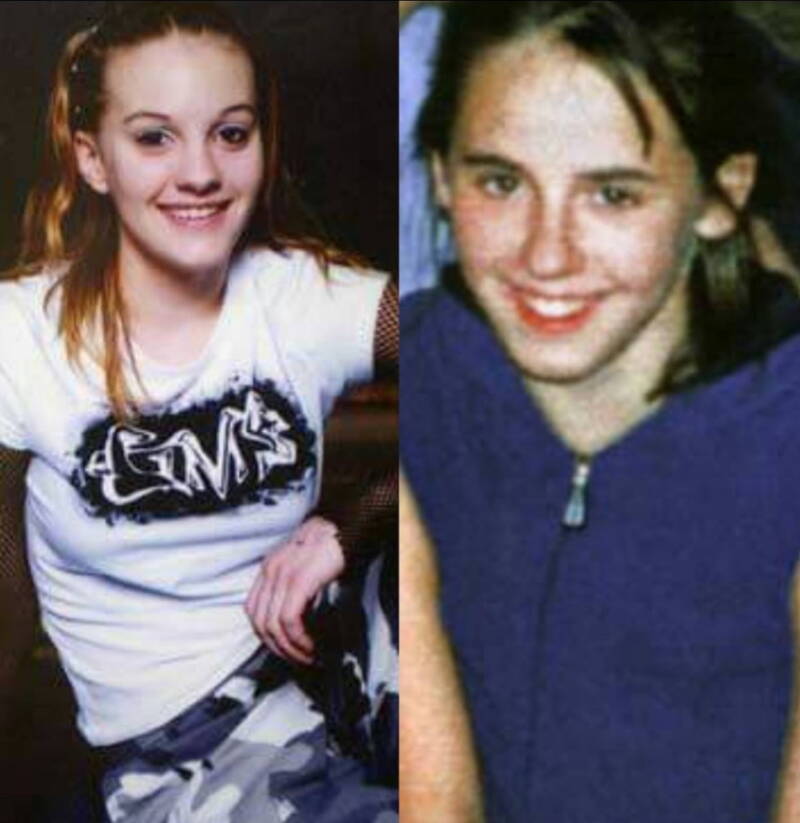 The neighborhood girls walked past Weaver’s house toward their school bus stop, and sometimes Weaver even gave Pond a lift to school when she was running late or missed the bus.

In late 2001, Pond accused Weaver of attempting to rape her in his house. And while the incident was reported to police, no charges were filed. That summer, Pond had lived in the Weaver home to escape her own chaotic home life. Tragically, Pond and Gaddis had both endured sexual assault in their homes — Pond from her father, Gaddis from her mother’s boyfriend.

On Jan. 9, 2002, Pond disappeared into thin air while walking to the bus stop. Media crews swarmed the street as weeks passed without her return, and the FBI entered the case. Meanwhile, investigators learned the criminal history of the man living at the top of the street, including violence against his two ex-wives. On January 23, a media crew interviewed girls waiting at the bus stop — including Miranda Gaddis.

Then, on March 8, 2002, Gaddis herself vanished. The girl’s disappearance drew national media attention and even an episode of Unsolved Mysteries. 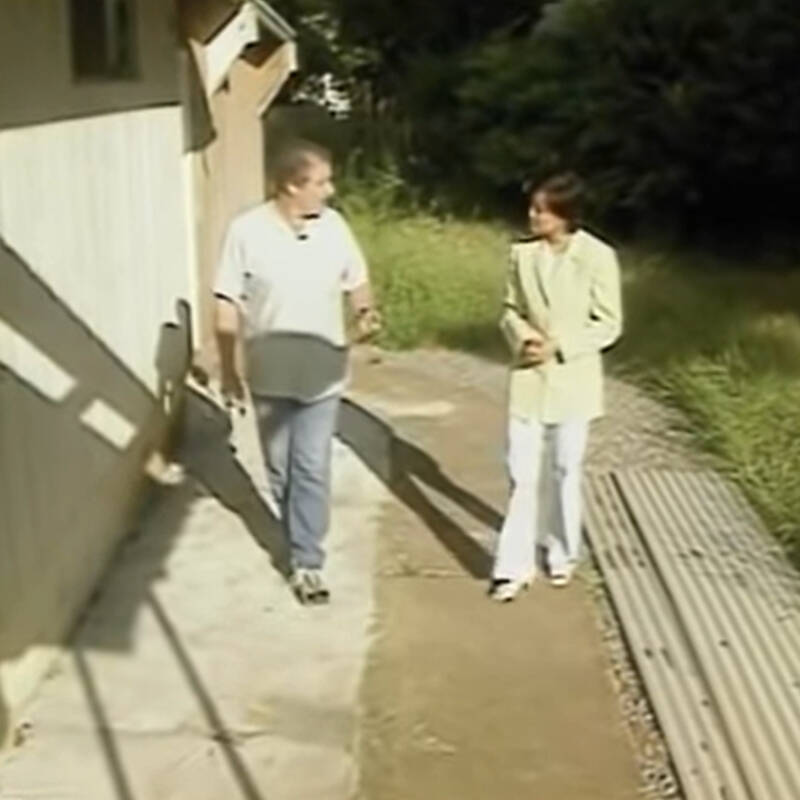 YouTubeWard Weaver III gives an interview to the local news station while walking atop the concrete slab where he buried one of the missing girls.

Intense media scrutiny fell on Ward Weaver III as his suspicious presence played out on news TV broadcasts. Police searched his house to no avail; news cameras showed FBI sniffer dogs around his property and the presence of a jacuzzi ready for installation. Weaver downplayed it all, then on July 3, 2002, agreed to a KATU TV news interview inside his house.

Bizarrely admitting to be the FBI’s No. 1 suspect, Weaver gave the reporter a tour of his house, discussing the girls’ sleepovers, with a People magazine on the girls’ disappearances in view. Then, Weaver led the reporter outside, walking over a new concrete slab recently poured in the rear yard. Weaver said he was installing a new jacuzzi.

“The last time I checked that wasn’t against the law,” he said.

In August, suspicions of Weaver intensified when he told a news crew he planned to move away from Oregon, and cameras captured him entering his house with his son’s girlfriend. Then, on August 13, Weaver was arrested for raping the young woman — and Francis Weaver told police his father had confessed to the missing girls’ murders.

With Weaver in jail, his landlord placed eviction notices at the house, and in the backyard shed, noticed many flies near a pile of cardboard boxes. On August 14, TV news cameras captured Pond’s stepmother taping a sign to the concrete slab in Weaver’s yard, reading, “Dig me up!”

Turning to a reporter she said, “Did you notice the smell walking up the pathway? I did, that’s all I have to say.”

The FBI obtained a search warrant on August 23, sealing off the property. Tents covered the area of the shed and the concrete slab, as residents and news crews looked on. The next day, as a medical examiners van entered the property, the news reporter who had interviewed Weaver broke down during a live broadcast.

The family’s worst fears were confirmed as the FBI discovered the body of Ashley Pond in a cardboard box in Weaver’s shed, and Miranda Gaddis’s body was discovered in an oil barrel beneath the concrete slab. Just as Weaver’s father had duped another son in 1981, Francis Weaver helped dig the hole for his dad, thinking it was for the jacuzzi. The Weaver generational crimes had come full circle.

The Weaver Family’s Legacy Of Violence

On Oct. 2, 2002, Ward Weaver was indicted and charged with six counts of aggravated murder and various counts of rape and sexual abuse. And, in September 2004, to avoid the death penalty, Weaver plea bargained, admitting to two charges and no-contest to the rest. He was still sentenced to two life sentences without parole.

In 2009, to gain closure, Miranda Gaddis’ younger sister visited Weaver in prison, where he admitted to murdering Pond and Gaddis “with his bare hands,” telling her he had planned to murder her next, but she was too young at the time.

On Feb. 17, 2014, Weaver’s son Francis and three others were arrested and charged with murder for allegedly robbing and killing a drug dealer, according to Bakersfield.com. Francis Weaver’s mother also revealed he was not the biological son of Ward Weaver III. Far too late, Francis was already condemmed by the Weaver name, and was sentenced to life in prison without parole in 2016.

After learning about Ward Weaver III, read the grisly story of the Happy Time Killer. Then, learn of the chilling teenage murder that inspired ‘Alpha Dog’.