The Grisly Story Of The Happy Face Killer, The Long-Haul Trucker Who Murdered Women Across America

Between 1990 and 1995, Keith Hunter Jesperson killed at least eight women and sent letters to newspapers detailing his crimes — all of which he signed with a happy face. 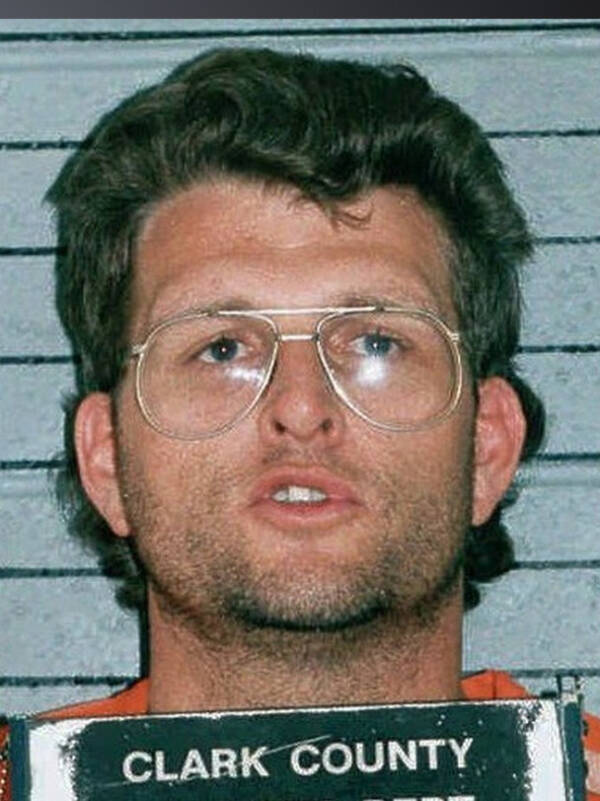 In 1994, The Oregonian received a strange letter. It began with a happy face written in ink and the line: “I would Like to Tell my story!” However, what initially appeared to be an innocent note was the confession of a killer — the Happy Face Killer.

So named because of his use of smiley faces in messages, the Happy Face Killer was a long-haul truck driver named Keith Hunter Jesperson. Between 1990 and 1995, he killed at least eight women in five different states.

Craving attention for his kills, Jesperson left messages in rest stop bathrooms and sent letters to newspapers. He discussed his crimes in lurid detail, offered facts only the killer could know, and signed each note with a happy face.

When police finally caught up to him, Jesperson claimed he had killed as many as 166 women from coast to coast.

Born on April 6, 1955, in Chilliwack, British Columbia, the early life of Keith Hunter Jesperson offered sinister clues that he would grow up to be a killer. From a young age, he enjoyed torturing and killing animals.

Jesperson’s father, Les, even approved of such activities. Domineering and abusive, Leslie cast a shadow over Jesperson’s childhood. He beat him, belted him, and even once gave him an electric shock.

“All my children got [beatings],” Les later said. “When I was a kid I was strapped harder than any of ’em, and I didn’t grow up to be a serial killer.”

By the time his family moved to Selah, Washington, when Jesperson was 12, he’d grown into a hulking, awkward, and sometimes outwardly violent child. On one occasion, Jesperson held another boy’s head underwater. On another, he beat a classmate so severely that the other boy lost consciousness.

After that incident, Jesperson marveled at how he could let the “bad side” of himself “take over.”

His classmates teased him, calling him “Igor” or “Ig” after Dr. Frankenstein’s assistant. Jespersen avoided teenage rituals like prom, and he never dated anyone. Though he graduated high school, he didn’t go to college because his father said he couldn’t “do it.”

Despite these early warnings signs, Jespersen seemed to grow into a fairly average young man. In 1975, he got married. Jesperson and his wife, Rose, had three children, and he started to work as a long-haul truck driver to support his family.

By 1990, Keith Jesperson’s life had started falling apart. He’d split with his wife, who suspected him of cheating and had been recently dumped by his new girlfriend. Feeling “‘really angry at women” he went to B & I Tavern near Portland, Oregon — and met his first victim. 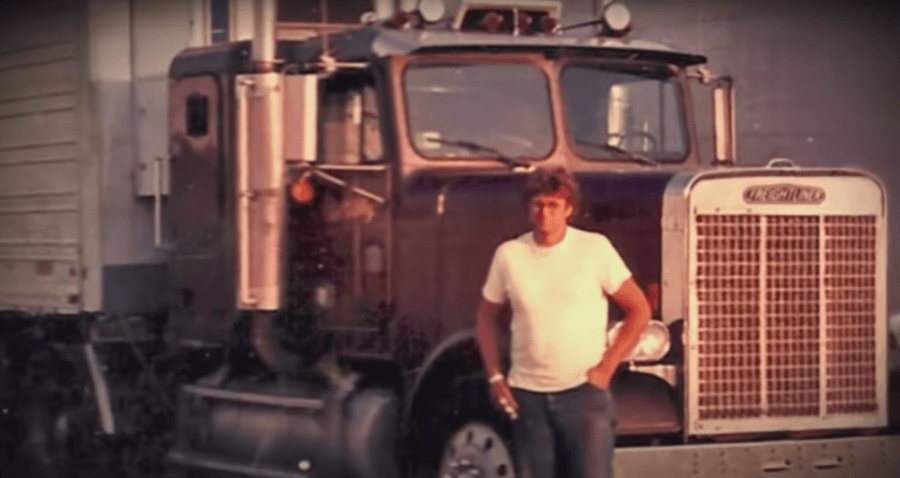 YouTubeKeith Jesperson standing in front of his truck.

At the bar, Jesperson started chatting with 23-year-old Taunja Bennett. He invited her home with — he claims — the intention of sleeping with her. But their sexual encounter turned violent.

“All she had to do was say the wrong thing, and I just exploded on her,” Jesperson later said, alleging that she had started to remind him of his ex-wife. “I slugged her, I hit her hard, and I beat her senseless.”

There was little Bennett could have done to stop him. Jesperson had grown into a 6’8″ man and weighed 240 pounds. He punched her 20 times before strangling her with a rope from his garage. Thrilled with how the kill had gotten him “high,” he dumped her body near the banks of the Columbia River.

Then, to Jesperson’s shock, delight, and confusion, someone else claimed they killed Bennett. In February 1990, a 58-year-old woman named Laverne Pavlinac said that she and her boyfriend, John Sosnovske, had committed the murder together.

Although Pavlinac later admitted that she’d lied in hopes of escaping Sosnovske’s abuse, the investigators in the case charged them both anyway. To Jesperson, it seemed like a miracle — and a sign.

“Since I’d gotten away with the Taunja Bennett death, I was beginning to feel immortal,” Jesperson said. “It was a game now. I was boss, and I was invulnerable.”

Feeling untouchable, Jesperson boldly confessed to the crime on the wall of a Livingston, Montana truck stop, as Pavlinac and Sosnovske’s trial unfolded.

He signed the note with a happy face.

The Rise And Fall Of The Happy Face Killer

“What the hell,” Keith Jesperson remembers thinking, “I killed Taunja Bennett and got away with it. I could kill anybody. It’s up to me.”

Starting in 1992, he went on a murder spree. He picked up a female hitchhiker — known today only as Claudia — at a truck stop in Blythe, California, that August. Once she got into Jesperson’s truck, he duct-taped her hands and mouth, raped her, and killed her. 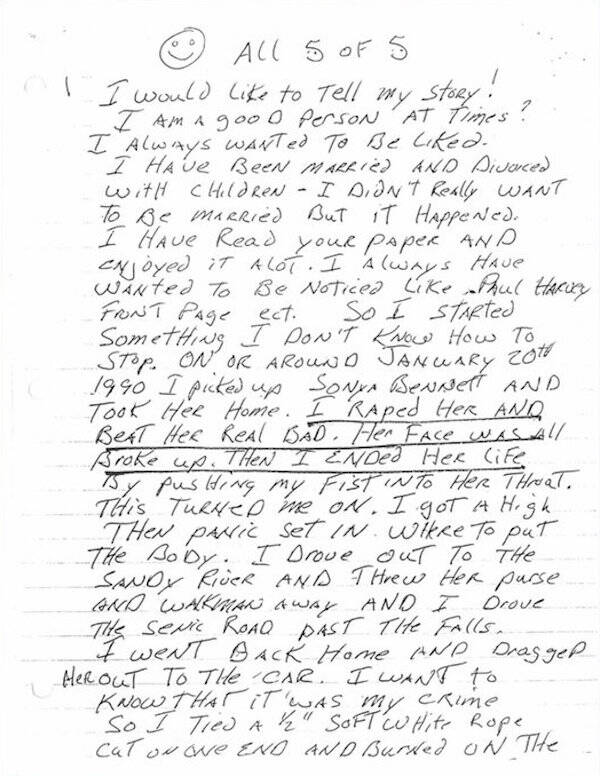 A month later, he killed a sex worker named Cynthia Lyn Rose in Turlock, California. Jesperson claimed that she’d jumped into his truck, and her sexual advances infuriated him.

In November, he killed again, this time murdering a sex worker named Laurie Ann Pentland in Salem, Oregon, who — Jesperson says — tried to overcharge him.

After lying low for the rest of the year, he struck again in July 1993, killing a “Jane Doe” in Santa Nella, California. The next September, he killed a second “Jane Doe” in Crestview, Florida, possibly named Susanne. Authorities are currently working to try and identify her.

Meanwhile, Jesperson had started sending letters about his crimes to various news outlets. In a 1994 letter to The Oregonian, he described his kills — including Bennett’s — in detail. “I have always wanted to be noticed,” Jesperson wrote. “Front page, etc.”

He offered shocking details about the women he killed. Of Pentland’s murder, he wrote, “I felt so much power. I then told her she was going to die and slowly strangled her and dropped her off behind G.I. Joe’s in Salem.”

Though Oregonian reporter Phil Stanford came up with the moniker “The Happy Face Killer,” police had no idea who was behind the note — or the murders. And Jesperson went on to kill again.

He murdered a woman named Angela Subrize in January 1995 after spending several days on the road with her. To make her impossible to identify, he tied her dead body to his truck and drove with it hanging off the end. After 12 miles, he tossed what remained of her corpse in a ditch.

In March 1995, Jesperson killed yet again — this time strangling his girlfriend, Julie Ann Winningham. Winningham’s death, however, elicited more attention than Jesperson’s other victims. And when police came to question him, Jesperson started to talk.

He admitted that he’d killed his girlfriend. Then, to the surprise of the police, Jesperson said that it wasn’t the only murder he’d committed.

The Murderous Legacy Of A Serial Killer

He was found guilty of killing Bennett, Pentland, and Winningham and was sentenced to six consecutive and concurrent sentences. Jesperson has since confessed to 166 murders, but little evidence supports this. 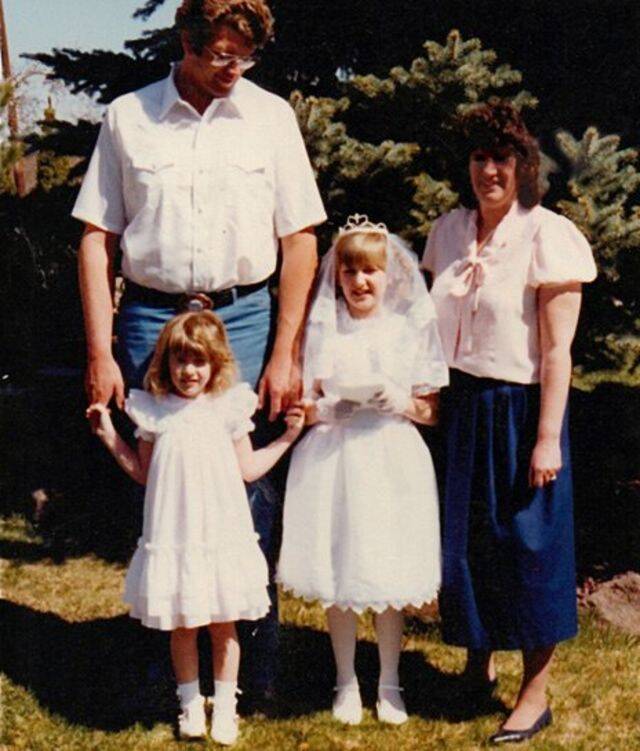 But Jesperson left more victims in his wake than the eight women he killed. His three children are left to struggle with the weight of having a serial killer as a father.

“I loved my dad, but I didn’t really enjoy being around him,” recalled Jesperson’s daughter, Melissa Moore. “He made me anxious.” For most of her life, she didn’t give her feelings about her father much weight. “I mean, a lot of kids think their dad is weird.”

Unlike his own father, Jesperson never beat his children. But Moore recalled he often abused animals in front of them, and he could be disturbingly explicit about sex.

“He sometimes went into graphic detail about what it had been like sleeping with my mother,” Moore said. “He would leer at women in public, make lewd remarks about them, and harass them.”

Still, it came as an utter shock to her and her siblings when she learned in 1995 that her father had confessed to more than one murder. She’s lived with the legacy of his crimes ever since.

“I knew I wasn’t capable of killing anybody, I knew I wasn’t a sociopath,” Moore said. “And yet, didn’t I share my father’s DNA? How does one become a serial killer? Could that evil be something that I was carrying around, and could I even pass it on to my children?”

Though she attempted to maintain her relationship with her father, Moore completely cut ties with Jesperson after mentioning to her grandfather that he’d thought about killing her children.

Today, Keith Hunter Jesperson is serving his sentence at the Oregon State Penitentiary, where he’s taken up painting and drawing. He even painted a portrait of his victim in Florida to help police determine her identity.

And though his artistic abilities may have expanded beyond the graphic minimalism of a smiley face, he will forever be linked with that image — and with the string of gruesome murders he perpetrated across the country as the Happy Face Killer.

After reading about the Happy Face Killer, go inside the strange story of the Smiley Face Killer. Or, learn about seven people who had close calls with serial killers.