Some say the Smiley Face Killer has taken 40 victims over two decades. Others say there is no killer. Here's what the evidence says. 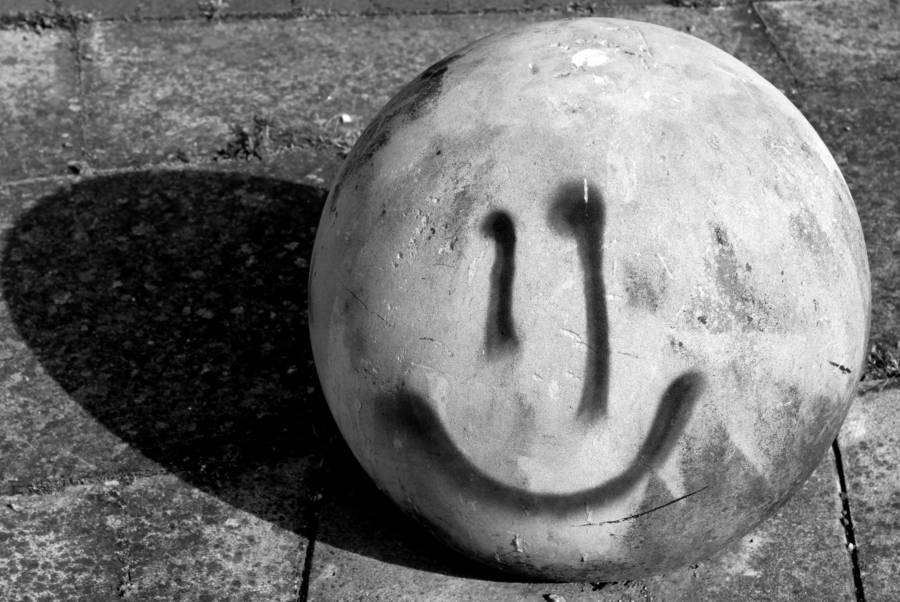 Between 1997 and 2008, authorities pulled the dead bodies of more than 40 young white men out of rivers and lakes in more than 25 cities across 11 states. They’d mostly all been college-aged, popular, and athletic. Most had last been seen leaving bars of parties while inebriated.

Time and again, police understandably theorized that the men had grown too drunk, gotten too close to the water, and simply fallen in with no hope of getting out in their intoxicated state.

But in 2008, two retired New York City detectives-turned-private investigators who’d been looking into these deaths announced their eerie findings. Painted on walls near the locations of where 22 of the dead bodies were found was the same symbol over and over: a smiley face.

Given the presence of the graffiti and the similarities among the victims, the two investigators insisted that the deaths had been the work of a serial murderer (or gang of murderers) now widely known as the Smiley Face Killer.

“They’re psychopaths,” one of the investigators said of the murderer, or murderers, at the time. “They have no remorse.”

But is this Smiley Face Killer really out there or was there never any murderer at all?

The Case That Started It All 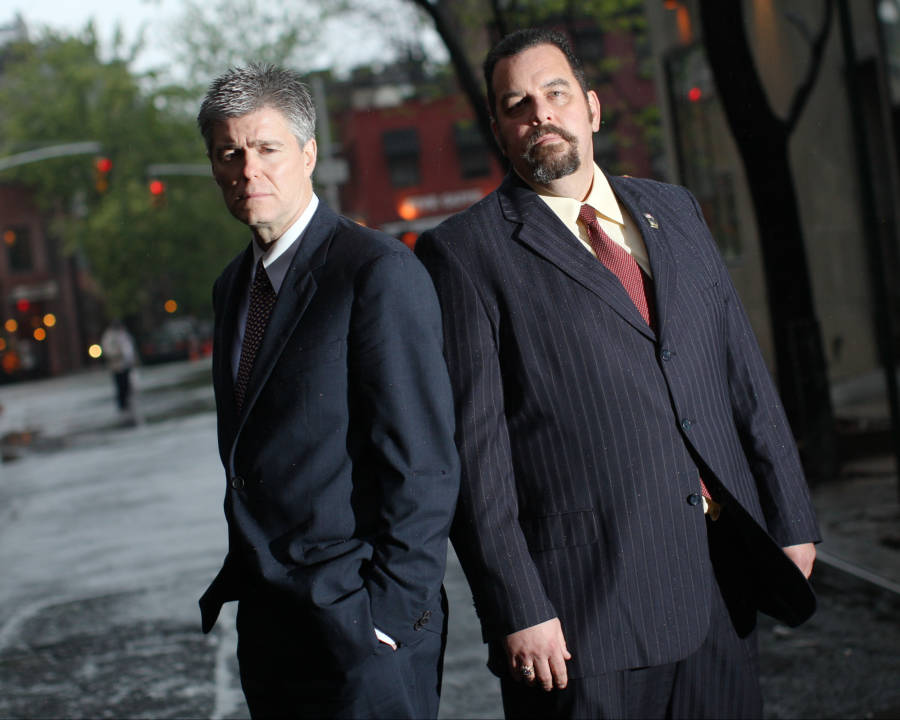 The investigators responsible for popularizing the Smiley Face Killer theory in 2008, Kevin Gannon and Anthony Duarte, based a significant amount of their theorizing on the disappearance of 21-year-old Fordham University student Patrick McNeill in New York City on Feb. 16, 1997.

That night, McNeill was last seen leaving a bar called The Dapper Dog on Manhattan’s Upper East Side. Police and family searched tirelessly until April 7, when his body was found floating in the water near a pier in the Bay Ridge section of Brooklyn.

It looked like an accidental drowning, but Gannon disagreed and vowed to the young man’s parents that he would find out the truth. After retiring from the New York Police Department in 2001, he enlisted Duarte, his old partner, and they set out to learn what had happened to McNeill — and the other young men who died under similar circumstances — under the banner of their Nationwide Investigations firm (Gannon even mortgaged his own house to help fund the investigation).

In the case of McNeill, they reported finding copious evidence suggesting that he had been killed by someone and then placed in the water: intoxication consistent with drugging, a car seen following him after he left the bar, ligature marks on his neck, charring on his head and torso, body positioning in the water inconsistent with normal drowning.

Therefore, Gannon and Duarte concluded that McNeill had been stalked, drugged, abducted, bound, burned, killed, and dumped in the water. The two detectives were sure that they had a killer, or killers, on their hands — and that McNeill was far from the only victim.

While the Patrick McNeill case may have ignited Gannon and Duarte’s suspicions, they began working on the Smiley Face Killer theory even more intensely after discovering that four young men who fit the pattern they’d noticed had disappeared in Minnesota and Wisconsin over a 40-day period in 2003.

Because the victims were so similar and died in similar ways — not to mention the presence of the smiley face graffiti — Gannon and Duarte were now more sure than ever that they were chasing a serial killer. Furthermore, they suggested that this Smiley Face Killer may have been motivated to kill out of envy.

Duarte claimed in 2008 that the killer “would be the opposite [of the victims], not smart, someone not good in school, maybe doesn’t have a job, not popular,” and would lash out by drugging and murdering the men, before dumping the bodies in the water.

And in addition to killing his victims, the Smiley Face Killer was believed to have left his signature behind at the scene. Perhaps he was signing his work, as it were, or taunting police, although any other significance of the symbol remains unclear — as does the explanation for the occasional graffiti of the word “Sinsiniwa” at some of the death scenes as well.

While such elements of the case remained a mystery, the investigators believed they’d finally caught a break in 2006.

A University of Minnesota student named Christopher Jenkins had been pulled out of the Mississippi River in Minneapolis after a night of bar-hopping with friends four years earlier and his official cause of death was listed as accidental drowning. But the detectives believed that he fit victim profile for their Smiley Face Killer.

His parents did not accept the official version of events and insisted that there had been foul play involved in the death of their son. “He was loaded into a vehicle, a van, driven around and eventually murdered,” Jan, his mother, told CNN. “He was murdered and thrown away like a piece of trash.”

It was in 2006 that an informant finally came forward in prison and gave police enough information regarding Jenkins’ death (the nature of that information remains unspecified) that they officially changed his cause of death from accidental drowning to homicide.

Nevertheless, the Minneapolis police came out and said that they didn’t believe that there was a serial killer responsible for Jenkins’ death — or for the dozens of other deaths that both Gannon and Duarte as well as a number of amateur internet sleuths had folded into their Smiley Face Killer theory.

So, just how believable is the Smiley Face Killer theory really? 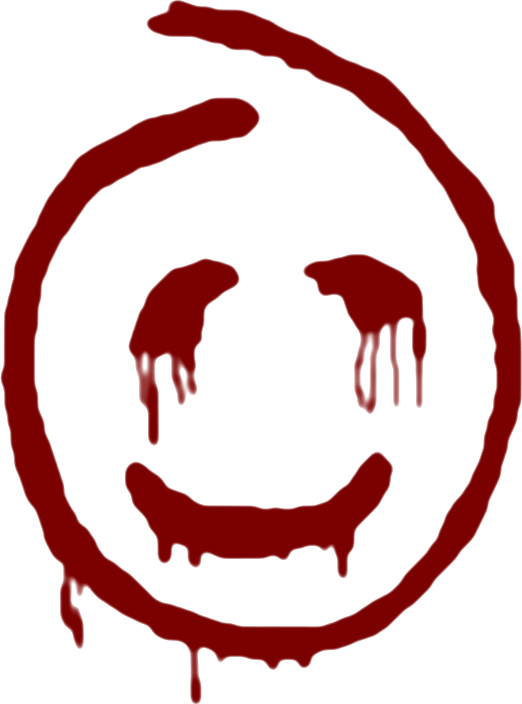 While Gannon, Duarte, and all those online detectives have turned up a wealth of disturbing details, the fact remains that the Smiley Face Killer has been widely discredited.

Police departments involved do not officially treat these deaths as part of a serial killer investigation. Law enforcement aside, the Minneapolis nonprofit Center for Homicide Research released a thorough report on the Smiley Face Killer theory in 2010 that firmly debunked the entire idea.

In addition to citing experts in law enforcement and criminal justice who believe that there’s no serial killer, the researchers investigated the cases themselves and came up with a list of 18 reasons why they’re sure there’s no Smiley Face Killer.

Their reasons largely advance the twin ideas that the vast majority of the victims show no evidence of physical trauma or drugging, while the circumstances do indeed suggest accidental drowning. Moreover, they point to the absence of motive or any hard evidence actually linking these deaths.

And as for the smiley faces, the researchers state that they’re not consistent with each other, have never been proven to have been made around the times of the deaths, and don’t reliably occur within close proximity to the death scenes (and as for “Sinsiniwa,” they state that it’s a Native American word meaning “rattlesnake” that has long shown up in graffiti across the Midwest).

However, Gannon and Duarte have stood by their theory, insisting that the cases are linked and that the Smiley Face Killer is still at large. But if the Center for Homicide Research is correct and there is no killer, then why are so many of us so willing to believe that there is.

As the researchers themselves wrote in their paper, “Throughout history, society has always needed to produce monsters, often called folk devils, to help explain the unexplainable.”

After this look at the Smiley Face Killer theory, have a look at the most disturbing quotes ever uttered by serial killers. Then, read up on the horrifying crimes of multiple murderer Ed Kemper, known as the Co-ed Killer.