Meet Rudy Ray Moore: The Raunchy Comedian Known As The ‘Godfather Of Rap’

Thanks to his self-determination and profane genius, singer Rudy Ray Moore reinvented himself as Dolemite and changed the face of black culture. 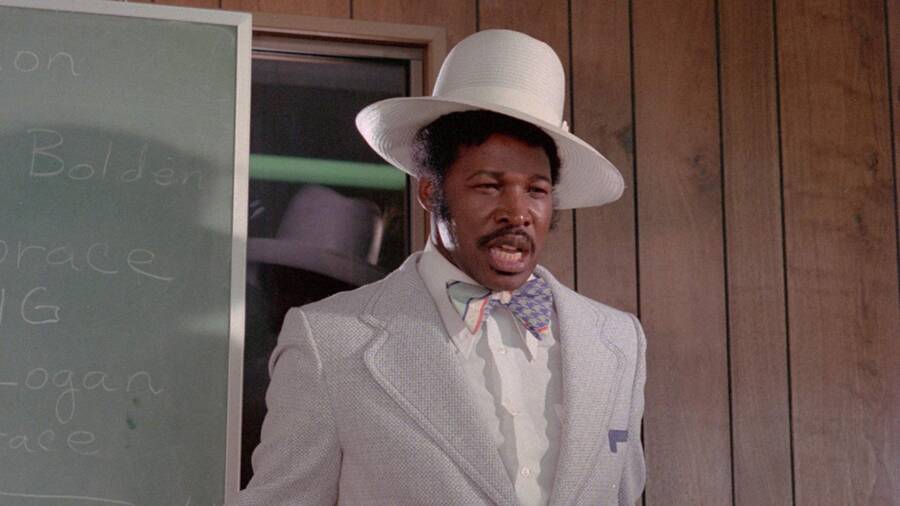 Comedian International EnterprisesRudy Ray Moore financed his 1975 blaxploitation film Dolemite with the profits from his stand-up records, risking it all for a chance at glory.

If not for Eddie Murphy’s latest project, Rudy Ray Moore may have remained just as underground today as he was in the early 1970s. But now, a whole new generation will be introduced to the singer-turned-actor who galvanized comedy, movies, and hip-hop for black entertainers in ways that reverberate to this day.

Although Moore was an underground figure in the white mainstream, he has been an icon for black audiences for decades.

Murphy’s new film Dolemite Is My Name chronicles Moore’s struggle to break into the entertainment industry which was predominately white at the time. In a story of true self-determination, Moore jumpstarted his own career by recording his own comedy albums and covertly selling them at his job. Then, Moore used the profits from those albums to finance a movie that otherwise would never have been made by white executives.

The crass, hyper-masculine character of Dolemite drew on decades of underground black culture that black audiences had yet to see onscreen. In Dolemite, black audiences found a folk hero that was independent of the white mainstream norms they were used to seeing.

But how accurate was Murphy’s homage to Rudy Ray Moore? This is the true story behind Dolemite Is My Name.

Rudy Ray Moore: The Man Before The Myth

After moving to Cleveland, Ohio, at 15, Moore won a talent contest which led to bit gigs throughout the state. 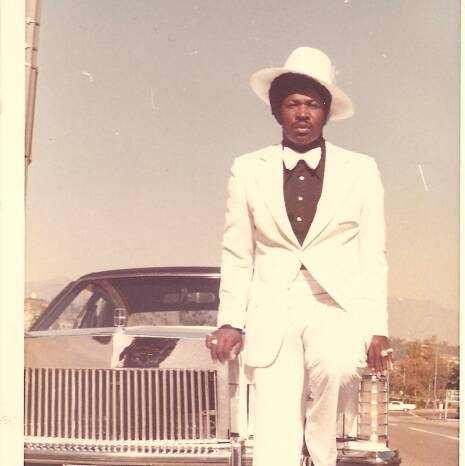 Harlem World MagazineRudy Ray Moore was drafted into the Army in 1950 and was honorably discharged.

It would take a few years for Moore to find his calling as he was drafted into the U.S. Army in 1950 to an entertainment unit in Germany. After his return to the states, he started to release records in 1959 that combined music and comedy. Because these records weren’t terribly profitable, Moore still held a day job.

As Murphy’s new film details, it was during a regular day working at the Dolphin’s of Hollywood record store that a proverbial lightbulb exploded above Moore’s head.

“There was this liquor store wise man — in other words, a wino — who drank all day and told these racy tales,” Moore recalled in a 2000 interview.

“He’d come into the store and ask me for money, and I’d say, ‘First tell me a Dolemite story’ — this super character he made up named after a vitamin…That’s when I realized: If a liquor store wise man can get all these people laughing, just think what a professional could do.”

Moore collected the man’s best jokes and crafted these into a solid set of material, which he then laid to wax in 1970.

A Variety interview with Eddie Murphy on Rudy Ray Moore.

Word of his 1970 album, Eat Out More Often, spread like wildfire because it was so overtly sexual — right down to its cover which featured a nude Moore posing with an equally naked woman.

As depicted in Murphy’s movie, Moore sold the X-rated records concealed in brown paper under the counter of the store in which he worked as well as out of the trunk of his car. Meanwhile, Moore’s popularity grew within the black community thanks to his subsequent albums.

This early success culminated in the release of his 1975 breakout film Dolemite.

The True Story Of Dolemite 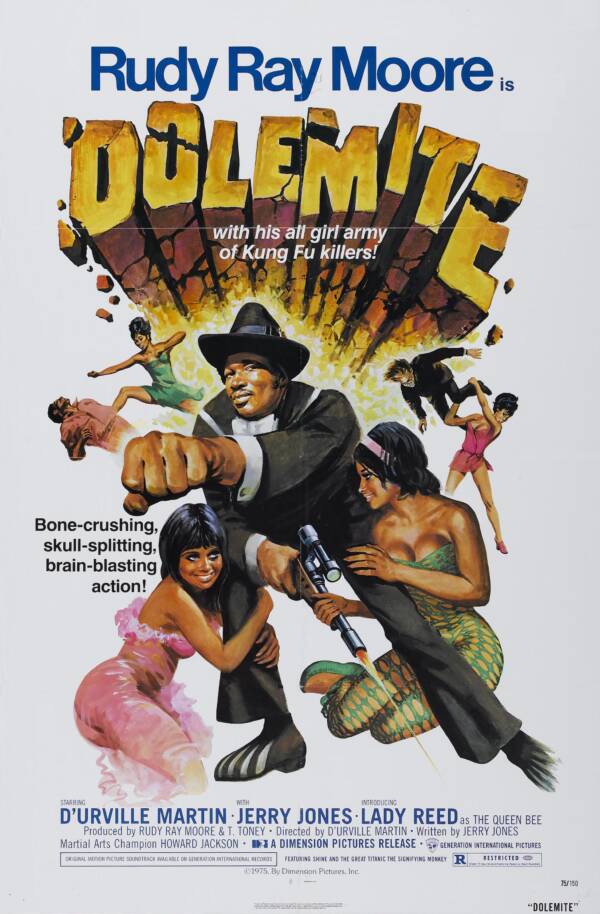 Moore shrewdly used the profits from his comedy albums to fund a “blaxploitation film” about Dolemite. As The New York Times defines it, blaxploitation movies were:

“Cheaply made, sex-and-violence laden genre films that Hollywood, or at least a group of mini-studios therein, opted to attract an audience. These movies were frequently conceived and executed by white filmmakers; the black artists were on the screen and on the soundtrack, but not, with some notable exceptions, behind the cameras. So their connection to a genuine black culture in America was compromised, at best. For all that, they put black heroes on the screen.”

Blaxploitation films were often crafted by white people with the intention of grabbing black audiences, but Dolemite turned this genre on its head because it was made by a black comedian. The plot follows a pimp and nightclub owner who spent the last 20 years in prison and seeks revenge for the man who put him behind bars. The movie’s trailer essentially tells you everything you need to know about the movie:

The trailer for Dolemite.

Moore’s film, which featured sexuality, vulgar comedy beats, and martial arts, contributed to his success as a burgeoning actor-filmmaker and a pioneer for black cinema. Moore went on to make several Dolemite films after the first one was so successful.

Indeed, Moore’s first Dolemite cost him $100,000 to make and it ultimately made $12 million at the box office.

The New York Times called Moore’s debut “the Citizen Kane of kung fu pimping movies” in 2002. While some genuinely enjoyed the low-budget films, others were drawn to them as the “best bad movies” available — which pleased Moore just as well.

“I’ve got an all-girl army who knows what to do. They’re foxy as hell and practice kung-fu. I’ll put my finger in the ground and turn the whole world round.”

How Accurate Is Dolemite Is My Name?

“The movie was very close to the mark,” said Moore biographer David Shabazz of the accuracy of Dolemite Is My Name.

The movie focused primarily on Moore’s quest for fame as a brash, outspoken, X-rated entertainer, but in real life Moore was soft-spoken. The devoutly religious Moore even took his mother to the National Baptist Convention every year.

Nearly everything else depicted in the Netflix film, however, is spot on. He did moonlight as an MC, work at a record store, fail to get his music played at that store, and get his inspiration from a local wino whose jokes and tales he revamped.

Because the scope of the film is essentially limited to Moore’s journey from the late 1960s to the release of his debut film in 1975, his later years were not discussed. These decades actually saw a resurgence in his fame as the so-called Godfather of Rap.

The Legacy Of The Godfather Of Rap

Although Moore didn’t mean to, his style of comedy inadvertently inspired hip-hop more than a decade after Dolemite first premiered.

Dolemite spoke in rhyming monologues about inner-city woes over music and concluded his stanzas with engaging punchlines. Were his performances sped up and put over a drum track, they would certainly resemble rap as we know it today. For legendary hip-hop figures, he already qualifies as a hip-hop pioneer.

Rudy Ray Moore on The Arsenio Hall Show in the ’90s.

“Without Rudy Ray Moore, there would be no Snoop Dogg, and that’s for real,” Snoop Dogg claimed.

Moore’s album names, too, laid a precedent for some of the most vulgar rap artists such as 2 Live Crew. With titles such as Eat Out More Often and This Pussy Belongs To Me, it’s easy to see from where these later acts took inspiration.

“I been on the road six months out of the year since 1987 when my act started to take off again after the rappers, Luther Campbell (of 2 Live Crew) and (MC) Hammer and them, was first samplin’ me,” Moore said of those later years. 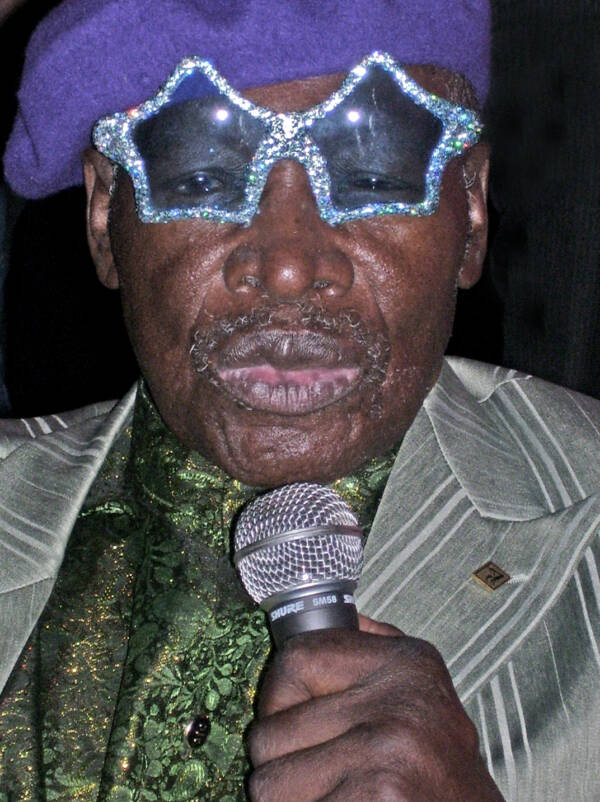 Wikimedia CommonsMoore wished for nothing more than for his life story to be shared on the silver screen. Though he never got to see it his wish came true.

Moore even appeared on albums by some of these artists in the 1990s, including 2 Live Crew and Big Daddy Kane, and reprised his famous character on an episode of Martin Lawrence’s sitcom, Martin.

In the end, Moore cut a path for all black would-be entertainers struggling to pave their own way in an industry that wanted nothing to do with them. His tenacity and brazen uncensored panache influenced a whole generation.

Unfortunately, Moore never got to see this latest phase of recognition before his diabetes-related death in 2008. “You know,” Moore said in a 2002 interview. “I hope that someday they make a movie about me. People need to know the story of Dolemite; they need to know my story.”