After a black barmaid named Hattie Carroll was killed by a drunken white man, Bob Dylan turned her story into a protest song. 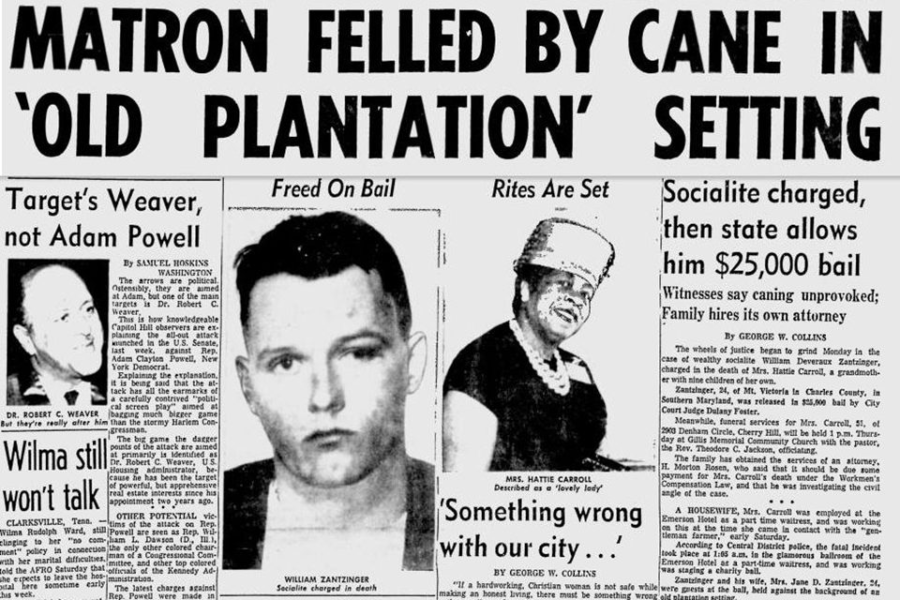 When Bob Dylan’s mournful folk song “The Lonesome Death of Hattie Carroll” was released in 1964, it had only been a year since the black 51-year-old barmaid was killed. The narrative contained some factual errors.

Nonetheless, the underlying truth was conveyed with powerful sorrow at the state of racial affairs. The incident occurred in Charles County, Baltimore, after all — where segregation was still alive and well.

For Dylan, seeing a hardworking barmaid beaten to death with a cane by a drunken, white tobacco farmer was presumably bad enough. According to The Guardian, it was the subsequent trial that saw the man sentenced to a mere six months in jail that led him to craft the elegy.

The Life And Death Of Hattie Carroll

Carroll was born in 1911, possibly on March 3, according to a gravestone in the Baltimore National Cemetery.

She had 11 children (not 10 like Dylan wrote), lived in the lower-middle-class black neighborhood of Cherry Hill in Baltimore, and attended the Gillis Memorial Christian Community Church downtown. According to Mother Jones, Carroll sang in the over-45 choir and was a member of the congregation’s Flower Guild, charged with beautifying the church.

On Feb. 8, 1963, Carroll crossed paths with one William Zantzinger (not Zanzinger, as Dylan’s lyrics read) at the 17-story Emerson Hotel in downtown Baltimore. He was a 24-year-old white man with a wife and two young children, raised on a tobacco farm in southern Maryland, about 65 miles south of Baltimore. 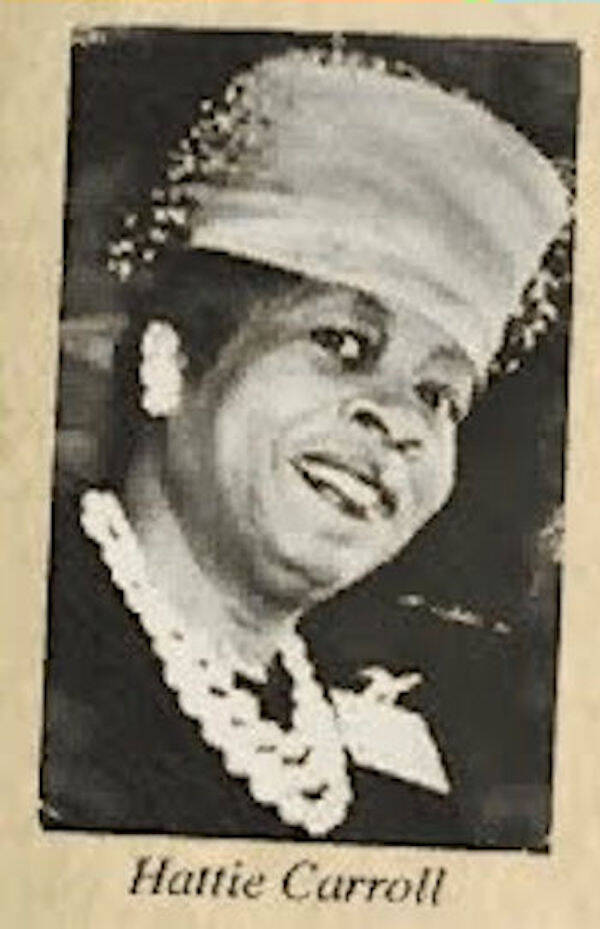 The Baltimore SunOnly one publicly available photograph of Hattie Carroll remains, in addition to the Bob Dylan song that cemented her in American history.

He was apparently having the time of his life at the hotel’s Spinsters’ Ball, “a drunken country mouse in the big city,” wrote the New Yorker.

His drinking and disorderliness quickly turned cruel, as he yelled racial epithets at the black waitstaff. What’s more, he held onto his cane instead of leaving it at the coat check — “I was having lots of fun with it, tapping everybody,” he said.

That tapping became more like hitting when it came to a few of the hotel’s servers — including Hattie Carroll.

Zantzinger was so drunk on whiskey, he probably didn’t even remember what he did to Carroll. Fortunately, there were enough clear-eyed witnesses for us to know what happened.

Reverends Dorothy Johnson and Mildred Jessup both went to church with Carroll. They remember the day she was killed quite clearly.

“I remember that Hattie went to work at the hotel that day, and later word came back that she’d been struck with a cane,” said Johnson. “And right after that we heard that she had died. Everybody in the church was very upset. It was a terrible blow.” 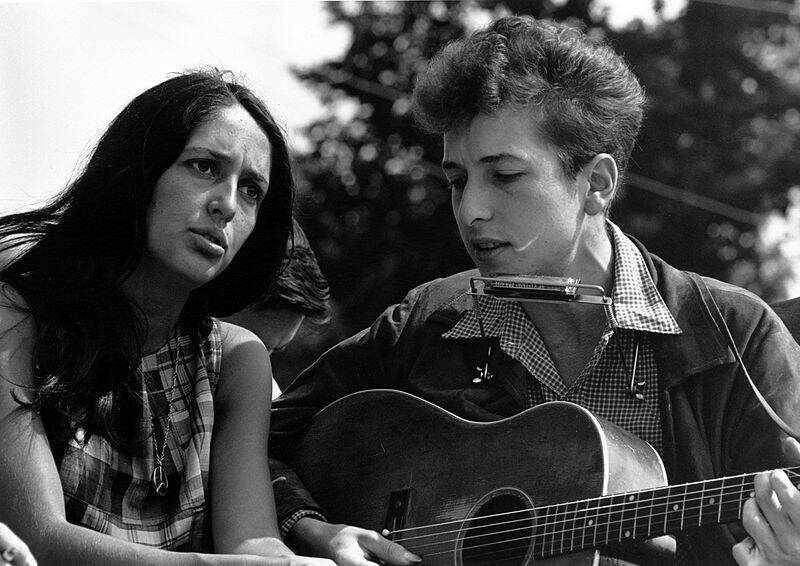 Wikimedia CommonsBob Dylan was 22 years old when he recorded “The Lonesome Death of Hattie Carroll” in 1963. He performed at the March on Washington that year, along with Joan Baez (left). Aug. 28, 1963.

It was a busy night at the ball, and Carroll felt rushed. When Zantzinger pressed her to make the drink he’d ordered, she replied, “I’m hurrying as fast as I can.”

“I don’t have to take that kind of shit off a nigger,” he hissed back, and slapped her with his toy cane.

So distressed by his remarks, Carroll collapsed hours later from a stroke. 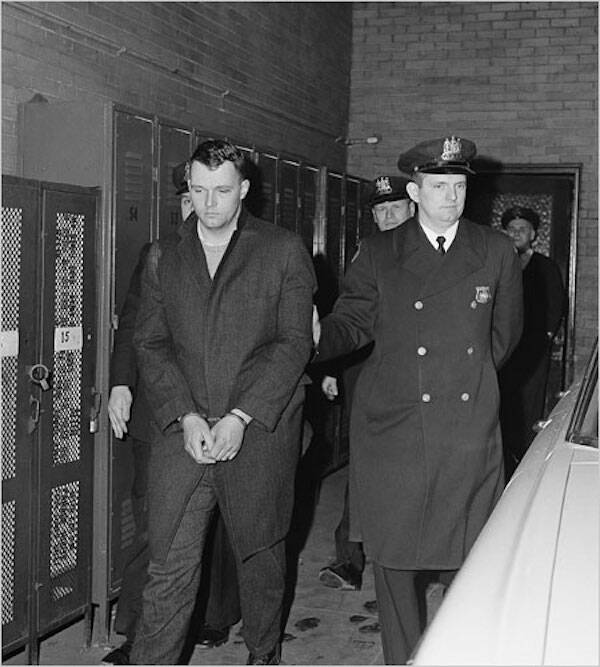 The Baltimore SunWilliam Zantzinger was convicted of manslaughter and sentenced to six months on Aug. 28, 1963, the same day as the March on Washington.

Zantzinger had already been charged with disorderly conduct and assault (after slapping a few other hotel employees with his cane), but when word came that Carroll had died, authorities tacked on a murder charge.

After Hattie Carroll died, the medical examiner reported that she had hardened arteries and an enlarged heart, and that the cane didn’t even leave a mark on her. Zantzinger’s cane didn’t directly kill her — rather, it was his hateful words that induced her stroke.

The report led a tribunal of Maryland judges to lessen Zantzinger’s homicide charge to manslaughter, and Zantzinger ended up serving six months in a county jail.

The judges were wary of imposing a longer sentence, as that would have required Zantzinger to serve time in a state prison. They feared he would be a prime target for the prison’s largely black population. What’s more, they delayed his sentence by a couple of weeks so he could collect his tobacco crops. 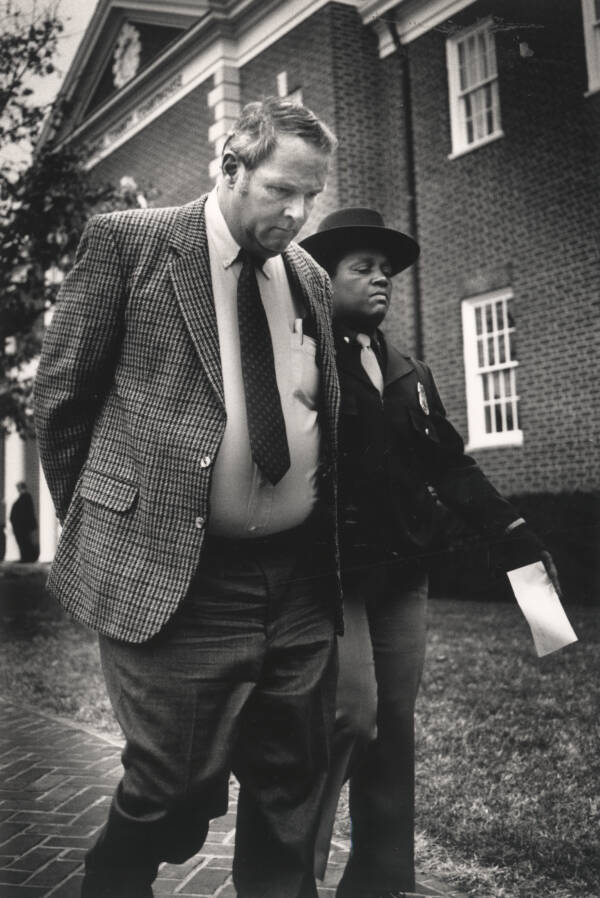 Larry Morris/The Washington Post/Getty ImagesWilliam Zantzinger leaves court in cuffs after being sentenced to 18 months in jail and fined $50,000 for “unfair and deceptive trade practices” in his real estate business. Jan. 3, 1992 at the Charles County Courthouse in Maryland.

According to The New Yorker, Zantzinger believed the Bob Dylan song that forever demonized him was “a damned lie.” For one thing, he claimed he didn’t have any “high office relations in the politics of Maryland” to get him out of trouble, as the song crooned.

Ultimately, Zantzinger died on Jan. 3, 2009, with a semblance of self-awareness.

“I know that I caused that woman’s death,” he said. “I’m responsible. Me talking does nothing for that women or her family. Just put this in your article: I admire and respect the Carroll family for their decision not to talk publicly. Like them, I think the best thing to do is let it rest.”

The Lonesome Death And Legacy Of Hattie Carroll

Bob Dylan was 22 when he wrote “Hattie Carroll.” He recorded it on Oct. 23, 1963, just two months after Zantzinger’s sentencing. His sentencing, as it turned out, fell on exactly the same day as the March on Washington and Martin Luther King, Jr.’s “I Have a Dream” speech.

Fortunately, because of Dylan, Carroll’s legacy lives on long after her 1,600-person funeral. According to The Maryland Independent, the Charles County Board of Commissioners honored her and the family with a memorial and portrait in 2017. One sidewalk was named “Hattie Carroll Way.” For her descendants, the ceremony was invaluable.

“It makes me feel proud and honored to see what a beautiful person my grandmother was,” said great-granddaughter Bridget Carroll. “She’s not forgotten.”

After learning about Hattie Carroll and the true story behind the Bob Dylan song that bears her name, take a look at 33 photos of segregation that show a country divided by race. Then, learn about four female civil rights leaders who shouldn’t be forgotten.