Cars, Cross-Dressing, And Espionage: Inside The Life Of Star Athlete And Alleged Nazi Spy Violette Morris

The woman with 14-inch biceps made history as an athlete, but Violette Morris was defamed by a sexist government and rumors of Nazi collaboration.

In 1920s France, women like Violette Morris attracted attention. The loud-spoken, openly gay, car-racing, chain-smoking athletic phenomena was a thorn in proper France’s side. However, her prowess in multiple disciplines earned her celebrity status and her lovers included Josephine Baker and actress Yvonne de Bray.

Hers was a life full to the brim; from a World War I ambulance driver and courier to a record-holder in discus and shot-put. Violette Morris was a boxer, a Greco-Roman wrestler, an airplane stunt pilot, and a motorcycle racer.

She even underwent a double mastectomy to make it easier for her to fit into the car’s small cockpit, or perhaps, to better fit her own idea of who she was.

She had an adoring following, but when the French government betrayed her for her masculine behaviors, she allegedly became a so-called “Hyena of the Gestapo.”

Just how deeply, if at all, Violette Morris was entrenched in Nazism remains debated. Had this symbol for progressive sexuality truly bonded with evil, or was it merely convenient for a society that couldn’t understand or respect her to brand her as such? 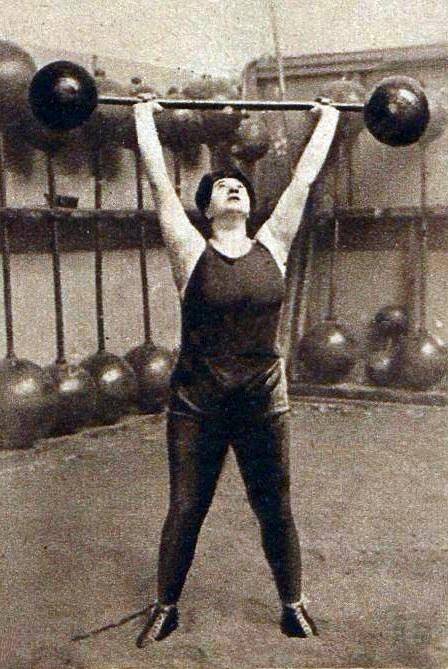 Violette Morris: A “Colossus” From The Start

Violette Morris was born in Paris, France on April 18, 1893, to Baron Pierre Jacques Morris and Élizabeth Sakakini. Her family was of elite, Jerusalem-Arabs and she was sent to a convent for education.

As a natural athlete, she excelled at javelin, shot put, swimming, and even boxing. As she got older, Morris’s size became absolutely intimidating.

She may have only stood five feet and five inches, but her biceps were the circumference of most women’s necks at a colossal 14 inches. Author and historian Anne Sebba says Violette Morris “apparently coined the motto as a schoolgirl, ‘Anything a man can do, Violette can do, too.'”

At the age of 20, Morris wed a man (in what was likely an arranged marriage) named Cyprien Gouraud. At the onset of World War I, Gouraud went to fight and Morris, in turn, volunteered to serve as an ambulance driver patrolling the front lines.

“It was really driving over rough and dangerous terrain, past the trenches — collecting stretchers of bloody soldiers,” Sebba elaborated. “And it was absolutely critical to get these seriously wounded French soldiers to the hospital fast.”

Eventually, commanders recognized Violette Morris’s bravery and used her as a courier, where her speed and strength were added advantages. After the war, she and Gouraud divorced and Morris began to focus on a career in sports.

Wikimedia CommonsViolette Morris’s biceps were over a foot in circumference.

Morris’s athleticism and record-breaking performances were unprecedented in scope.

In the 1921 and 1922 Women’s World Games she took gold in the discus and shotput. She held both the European and world records in these events for three straight years and, eventually, she earned 50 international medals in these events too. 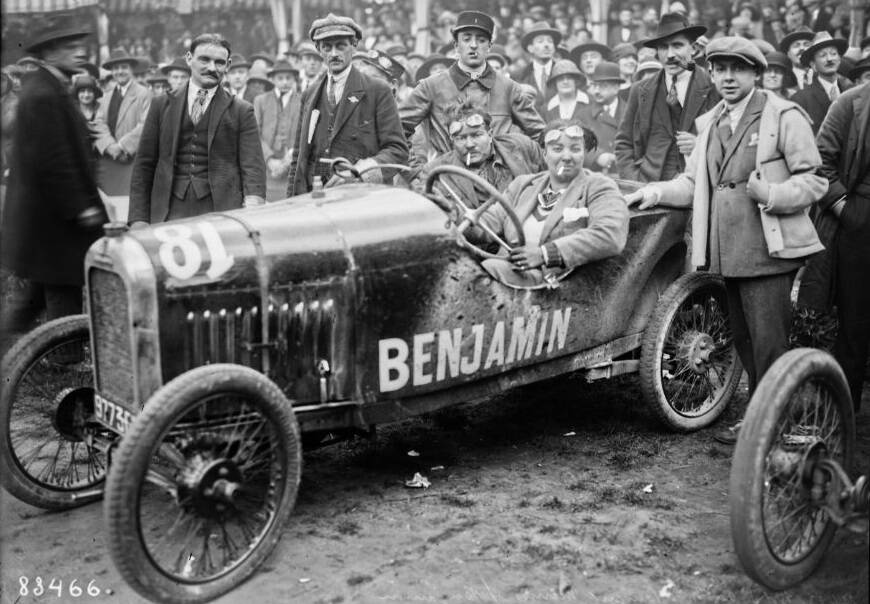 Agence Rol/Wikimedia CommonsViolette Morris at the Bol d’or race in 1923 where she finished seventh.

She may have loved wheels most; bicycles, motorcycles — and most of all, racecars. Morris’s size made fitting into the small cockpits of racecars difficult, so she had an elective mastectomy. But this decision was likely two-fold for her, as by this time Morris was known for dressing in men’s suits and sporting a closely-cropped haircut and a monocle.

As loved as she was by some for her pioneering lifestyle, the French government, which had a law forbidding women to wear pants, found her a nuisance.

The government even founded an organization — the Fédération Française Sportive Féminine (FFSF) — that essentially served to portray sports as a way for girls to breed more children.

“This federation was intended to promote the idea…that sport would make young girls be better mothers. If they played sport(s) they’d become healthy — and then, of course, they’d have lots of children,” Sebba noted.

“Look around and see what you see. See the women with their knees crossed and then ask yourself which is the more immodest: their scanty dresses or my pants?”

Needless to say, Morris and the FFSF were not on friendly terms. By 1928, the organization could not continue to turn a blind eye to Morris’s unconventional behaviors.

The government prohibited her from being a part of any French sports teams and even revoked her car-racing license.

Morris sued the organization in 1930, but the French lawmakers upheld the ban.

For all the disdain French officials held for Violette Morris, the Germans loved her. Perhaps that’s why the Colossus became involved with the Nazis.

In 1936, Hitler himself invited Morris to Berlin to watch the Olympic Games. As it turns out, this was because the Nazis wanted the bold, brazen, and brave Morris to become a spy for their cause. 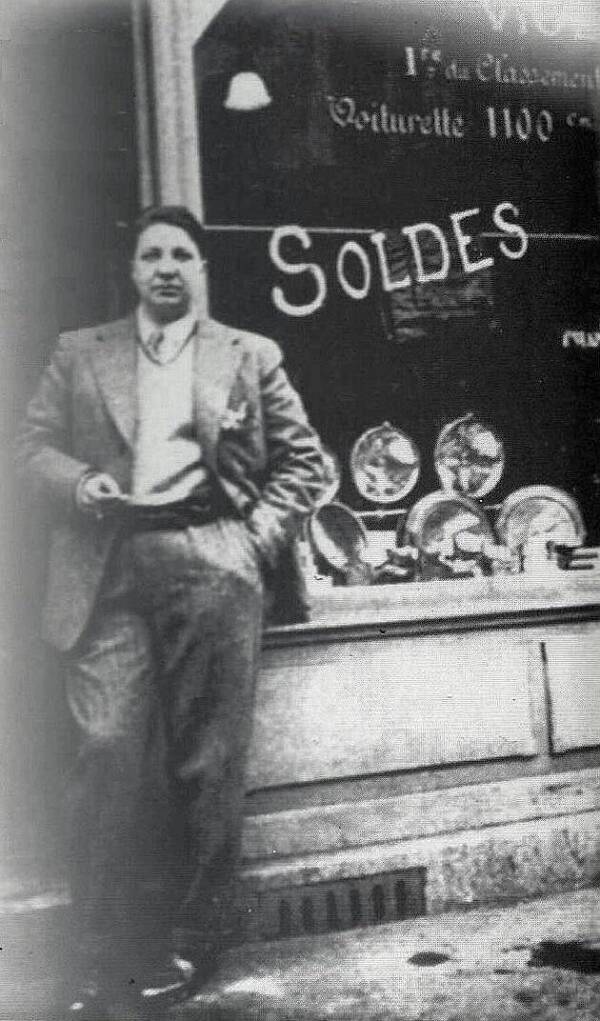 Wikimedia CommonsViolette Morris in front of a car accessory store she owned in Paris, Porte de Champerret, in 1928.

Due to her public struggle with her home country, the Germans believed Morris would “switch her loyalties to the Germans,” or as Sebba explained, to the Nazis in particular.

Morris then allegedly returned to France after the Olympics as a Nazi spy.

But the depth of Morris’s actual involvement with the Nazis is unknown. According to Sebba, not only did the French media depict Morris as a sadistic Nazi, but she was apparently involved with the French Gestapo. “There is very definitely an accusation that she became a Nazi torturer,” Sebba said.

“She had the nickname, ‘The Hyena of the Gestapo,’ because apparently she derived so much sadistic pleasure from torturing people and extracting information.”

Sebba, however, has not found any proof that Morris tortured anyone.

“There is no proof of the things she was accused of,” De Cortanze insisted. “I relied on numerous historical sources and archival material. I didn’t find any proof that she had ties with the Gestapo.” 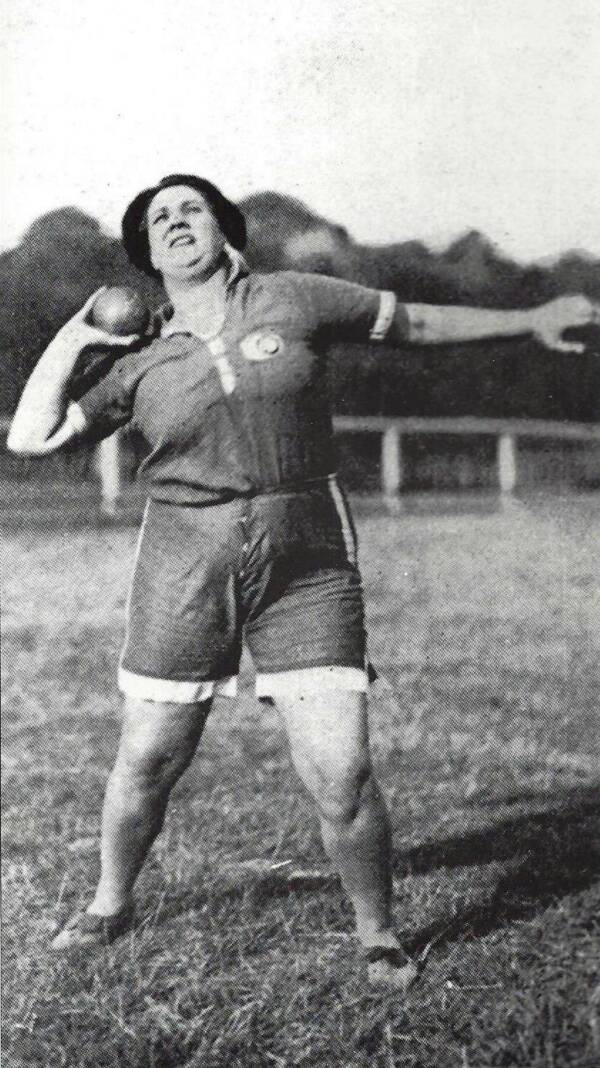 However, it had been reported that Morris supplied black-market oil for the Nazis, ran a garage for the Luftwaffe, and drove for the Nazis. If these things were true, biographer Marie-Josèphe Bonnet posited that they would have been the limit of her collaboration.

Violette Morris was tried in absentia and found guilty by the French resistance. She was charged with spying for the Germans and leaking Allied military plans to the Nazis.

Orders came down from London to take out any would-be Gestapo agents before the D-Day invasion and Morris’s name was definitely on that list.

On April 26, 1944, the 51-year-old Morris was driving a country road through Normandy with two young children.

All of a sudden, the engine mysteriously came to a sputtering stop. Resistance fighters emerged from some nearby bushes. Morris — and everyone else in the vehicle — died in a sudden spray of gunfire.

No one came to claim Violette Morris’s body. After several months she was buried in an unmarked communal grave reserved for the homeless.

It was certainly a disappointing ending for a feminist icon who had 200 athletic titles to her name. It is too bad that Nazi ties — to whatever degree they existed — have sullied her legacy.

After learning about Violette Morris, read about Coco Chanel’s secret life as a Nazi agent. Then, learn about the cross-dressing warrior nun of 17th century Spain, Catalina De Erauso.