The Rise And Fall Of Sal Magluta, The Nearly Invincible Cocaine Kingpin Of 1980s Miami

With his partner Willy Falcon, Sal Magluta made a name for himself as a drug lord and powerboat racer — until it all came crashing down.

In the early 1980s, Miami was a violent, chaotic place. The South Florida city had the highest murder rate in the nation and was plagued by a drug war between various cartels and authorities. This era led to the emergence of several drug lords known as “cocaine cowboys,” including Sal Magluta.

One of Miami’s most notorious drug traffickers, Magluta made an estimated $2.1 billion in cocaine money with the help of his partner Willy Falcon. But at the height of their power, these drug lords weren’t seen as all that bad.

In fact, Magluta and Falcon were viewed as “Robin Hood” figures in their community. The two Cuban Americans were locally known as “Los Muchachos” or “The Boys.” They often gave their money to local schools and charities. And although they were criminals, they were not violent.

At least not at first.

The Reign Of Sal Magluta 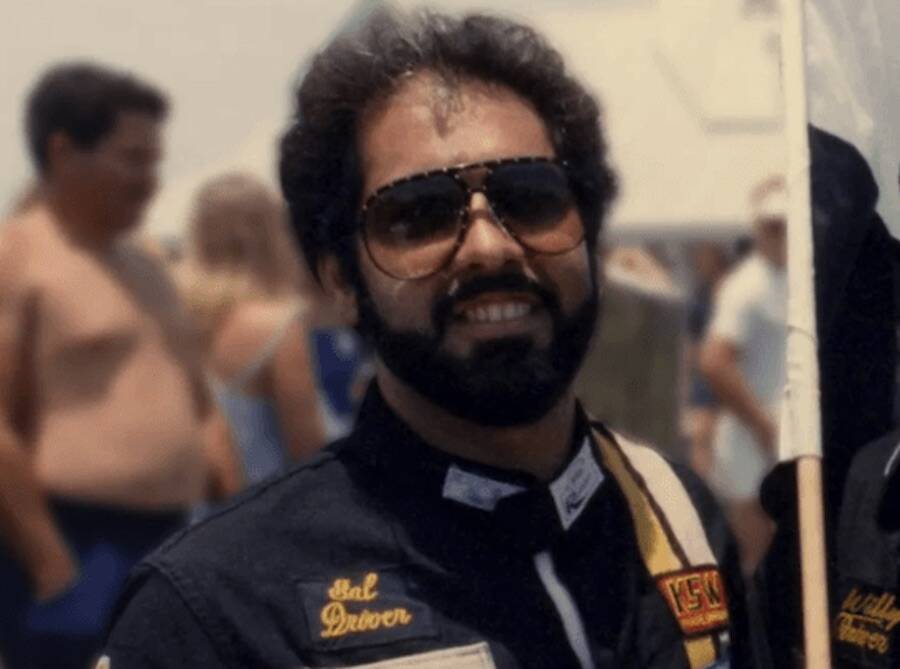 Salvador “Sal” Magluta was born on November 5, 1954, in Cuba. He and Falcon, who was also born in Cuba, both came to America as children. Like many immigrants, Magluta’s parents wanted a better life for their son. They certainly had no idea what kind of life he would lead when he got older.

Magluta eventually attended Miami Senior High School, where he began dealing marijuana with the help of his friend Falcon. But the two did not stay in their classes for long. They both dropped out of school and continued dealing drugs as a way to make money, according to Esquire.

In 1978, Magluta and Falcon met up with Jorge Valdés, an accountant-turned-drug-smuggler who was associated with the Medellín Cartel. It was during this meeting that Valdés asked Magluta and Falcon to move 30 kilos of cocaine. They obliged — and made $1.3 million in the process.

The duo was impressed by the money they could make by smuggling drugs, so they decided to continue. As they steadily built their wealth, they created a conglomerate of like-minded associates and entered the local powerboat racing circuit. And they gave back to their immigrant community.

Not only were Magluta and Falcon generous toward their neighbors, but they were also known for being non-violent, especially in comparison to other drug lords in the 1980s. Despite their close ties to the violent Medellín Cartel, they stayed on the good side of the notorious leader Pablo Escobar.

The Trials Of The Cocaine Cowboys 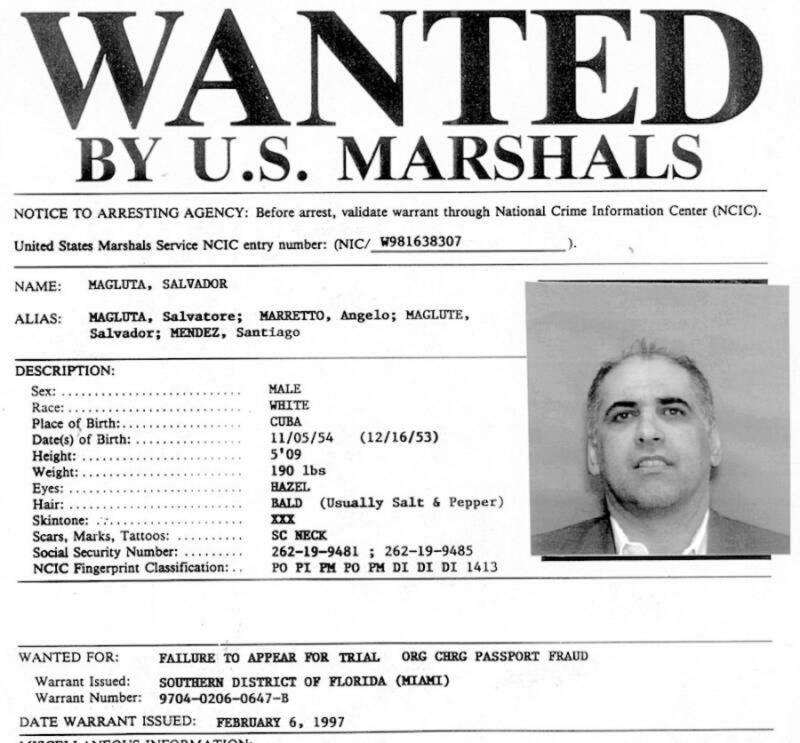 Public DomainSal Magluta’s wanted poster from 1997 — when he briefly went on the run.

After years of avoiding law enforcement, Sal Magluta’s criminal past finally caught up with him. In 1991, he and Willy Falcon were indicted on 17 drug trafficking charges. According to the Sun Sentinel, the pair were accused of importing a whopping 75 tons of cocaine into the United States.

They went to trial, a lengthy, tumultuous affair that eventually ended in their surprise acquittal in 1996. But they were not home free.

It soon emerged that multiple witnesses who were supposed to testify against the cocaine cowboys during the trial had been brutally attacked. Some endured car bombings but survived, while others were not so lucky. Ultimately, three witnesses were murdered.

Because of this, many suspected that Magluta and Falcon had given up on non-violence. And on top of the suspicious deaths, it also emerged that they had bribed some of the jurors to sway the trial in their favor.

As prosecutors built a new case against the cocaine cowboys, they also hit them with minor charges, ensuring they wouldn’t try to leave Miami. But in February 1997, Sal Magluta managed to briefly escape the police, taking advantage of the shockingly lax security at his passport fraud trial.

By this point, Magluta had numerous connections to multiple offshore corporations that helped him launder his “dirty” money that would be tough to explain to law enforcement. So naturally, many authorities worried that Magluta had successfully escaped somewhere overseas, perhaps to a country that didn’t have an extradition treaty with America.

But in reality, Magluta had never left Florida. According to the Miami New Times, he was found just a couple of months later about 100 miles north of Miami, driving a Lincoln Town Car and wearing an inexpensive wig.

In 2002, both Magluta and Falcon were put on trial again for a multitude of charges, including ordering the three murders of their doomed witnesses, obstructing justice by bribing their jurors, and money laundering. And from there, the once tight-knit friends took different paths.

Falcon chose to take a plea deal on the money laundering charges in 2003, which led to him being sentenced to 20 years in prison. He ultimately served 14 and was released in 2017. But Magluta didn’t take a plea deal. In the end, he was acquitted of ordering the murders of the witnesses, but he was found guilty of other charges, like bribery and money laundering.

Even without a murder conviction, Magluta was sentenced to 205 years in prison, which was later reduced to 195, still effectively a life sentence.

Where Is Sal Magluta Now?

Today, Sal Magluta is held at the ADX Florence supermax prison in Colorado, a high-security facility that houses some of the world’s most notorious criminals, like Sinaloa Cartel leader Joaquín “El Chapo” Guzmán and the Boston Marathon bomber Dzhokhar Tsarnaev.

Magluta resides alone, in solitary confinement, in a small cell with little sunlight for over 22 hours a day. In December 2020, Magluta petitioned for a compassionate release, which would’ve allowed him to remain confined at home with his mother and other family members for the rest of his days.

The former cocaine cowboy’s attorneys expressed their worries about him staying behind bars in solitary confinement due to the numerous health conditions he suffers from, including chronic kidney disease, ulcerative colitis, major depressive disorder, and post-traumatic stress.

According to the Miami New Times, this motion was denied in 2021. U.S. District Court Senior Judge Patricia A. Seitz said that “Magluta’s health bases lack merit” and that she believes he “remains a danger to the community.”

Seitz acknowledged Magluta’s serious mental health issues, but she also said that he “refuses or does not participate in treatment and declines out-of-cell recreation time.” Finally, the judge expressed her concerns about allowing Magluta to live with his family members, as many of his relatives had assisted him with some of his illegal activities in the past.

Magluta was never convicted of a violent crime, despite ongoing suspicion that he and Falcon ordered the murders of witnesses during his first trial. However, he still has well over a century left to serve at the country’s highest-security prison, and he’ll only be eligible for release in 2166.

It’s very likely that he’ll spend the rest of his days behind bars.

After learning about Sal Magluta, read some outrageous facts about Medellín Cartel founder Pablo Escobar. Then, take a look at the story of Griselda Blanco, the “Queen of Cocaine” and a key figure in the Miami drug war.