After five decades' worth of searching, it was a DNA test from 23andMe that finally allowed Melissa Highsmith's parents to track her down. 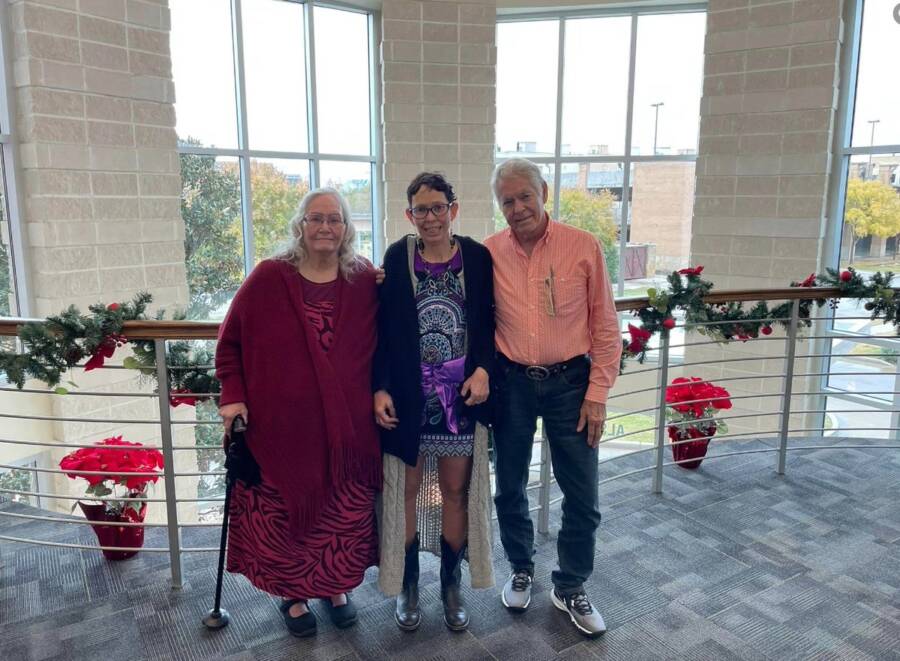 WE FOUND MELISSA!!!/FacebookMelissa Highsmith with her biological parents.

Fifty-one years ago, 22-month-old Melissa Highsmith was kidnapped from her Fort Worth, Texas home by her new babysitter. Now, thanks to a DNA test, Melissa has been reunited with her family after five decades.

“It’s overwhelming and incredible to me,” Sharon Highsmith, Melissa’s younger sister, said according to the Fort-Worth Star-Telegram.

“We have worked with law enforcement and we’ve tried to do our own private family investigations. For decades, my parents have chased leads, hiring their own labs and investigators. And yet, these DNA tests, which are available to anyone, helped us find our lost loved one.”

As the Fort-Worth Star-Telegram reports, Melissa’s father, Jeffrie, submitted his DNA to the genealogy service 23andMe. The company found that Jeffrie had three grandchildren born to a woman named Melanie Brown. When the Highsmith family realized that Brown had the same birthmark as Melissa, according to ABC News 4, they knew that they’d found Melissa. 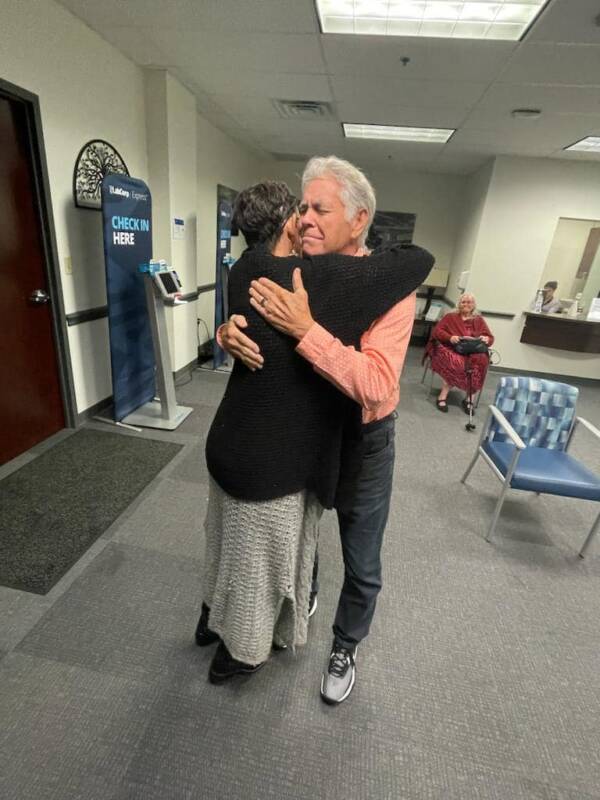 WE FOUND MELISSA!!!/FacebookMelissa Highsmith and her father, Jeffrie.

As Fox News reports, Melissa Highsmith went missing in 1971 after her mother, Atla Apantencl, hired a new babysitter. Apantencl, recently separated from Melissa’s father and working as a waitress in Fort Worth, placed an ad in a local newspaper for a babysitter. She was contacted by a woman who promised to come to the restaurant for an interview but never showed.

However, the woman called Apantencl later and reiterated her interest in the job, claiming she had a big yard and cared for multiple other children. Apantencl hired her, and agreed to let her pick up 22-month-old Melissa from her roommate while Apantencl was at work.

The babysitter disappeared with Apantencl’s baby — and the Highsmith family launched a five-decade search to bring Melissa Highsmith home. 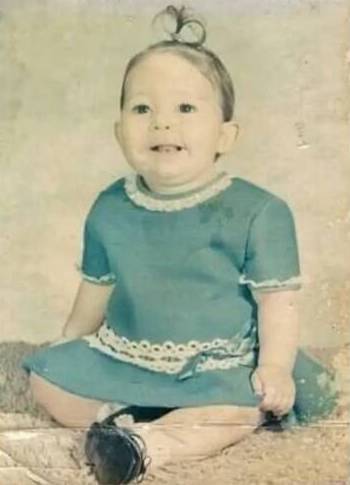 WE FOUND MELISSA!!!/FacebookMelissa Highsmith was 22 months old when her new babysitter kidnapped her.

“My mom did the best she could with the limited resources she had,” Sharon Highsmith said, according to the Fort-Worth Star-Telegram. “She couldn’t risk getting fired. So, she trusted the person who said they’d care for her child. For 50 years, my mom has lived with the guilt of losing Melissa.”

She added: “I’m so glad we have Melissa back. I’m also grateful we have vindication for my mom.”

As CBS News reports, Melissa Highsmith, now 53, was reunited with her parents and siblings in November 2022 — for the first time in five decades.

“It’s overwhelming, but at the same time, it’s the most wonderful feeling in the world,” Melissa said, according to CBS News. Adding that she’d thought it was a scam when Jeffrie first reached out to her over Facebook, she explained: “My father texted me on [Facebook] Messenger and he told me, ‘You know, I’ve been looking for my daughter for 51 years.'”

Since then, Melissa’s family members have expressed their utter joy at having her back in their lives.

“We had coffee with her on Thanksgiving night, and when I looked at her, I just knew. I knew,” Jeff Highsmith, Melissa’s brother said according to Fox News. He added that he “couldn’t take” his eyes off Melissa because she looked “just like” his mother.

For her part, Melissa’s mother is still overwhelmed by Melissa’s recovery.

“I just couldn’t believe it,” she said according to CBS News. “I thought I’d never see her again.” 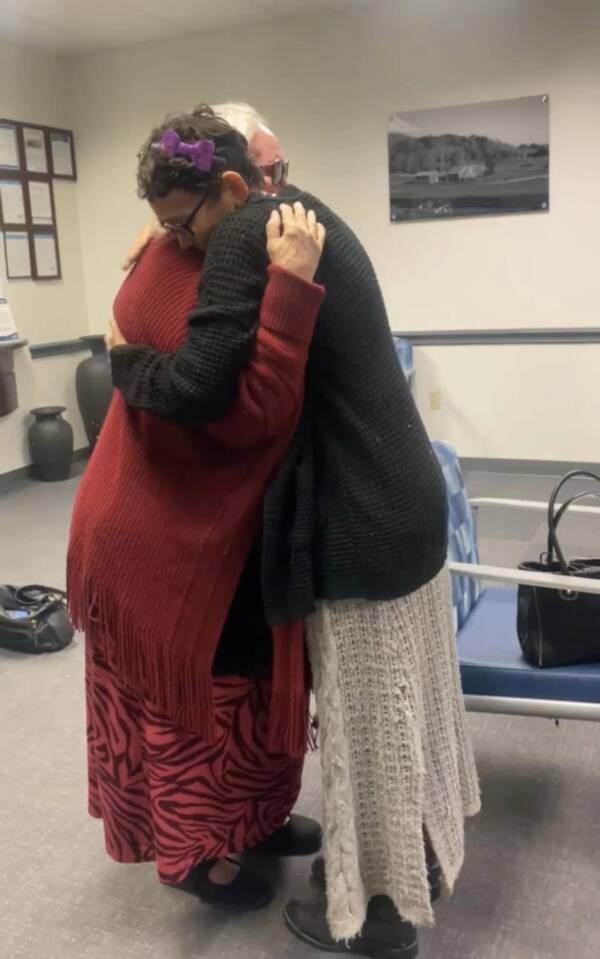 For now, not much is known about Melissa’s kidnapper. Fox News reports that Apantencl’s roommate told police that the kidnapper wore white gloves, sunglasses, and a bonnet, even though it was a hot August day. However, Melissa implied that her kidnapper had raised her after taking her in 1971.

“The person that raised me, I asked her, ‘Is there anything you need to tell me?’ and it was confirmed that she knew that I was baby Melissa so that just made it real,” Melissa explained to CBS News.

Though the story is still developing, Melissa Highsmith is overjoyed at being reunited with her biological family. She even plans to change her name back from Melanie to Melissa.

“My heart right now is just full and bursting with just so much emotion,” she told CBS News. “I’m just really, really happy.”

After reading about Melissa Highsmith, see how investigators used a minuscule DNA sample to solve the 1989 murder of 14-year-old Stephanie Isaacson. Or, learn how police were able to use DNA to charge Robert John Lanoue with the 1982 murder of five-year-old Anne Pham.