Salvador Dalí’s Body Was Just Dug Up, And His Mustache Is Still Intact

Death is no match for the surrealist painter's famous 'stache. 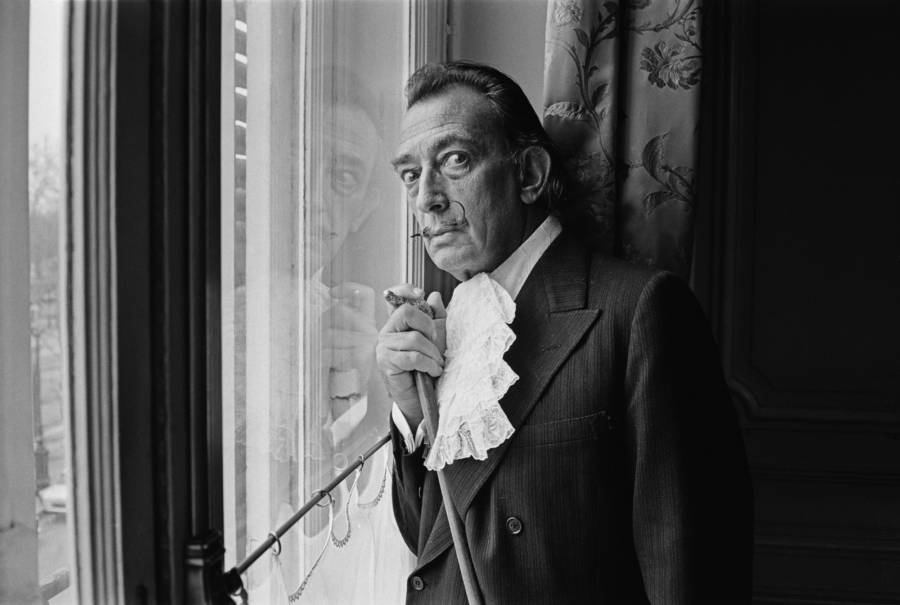 A Spanish tarot card reader, born in 1956, says her mother had a secret affair with Salvador Dalí in 1955.

In order to know for certain whether Maria Pilar Abel Martinez is, indeed, the eccentric painter’s daughter, the famous surrealist’s coffin was opened Thursday night.

“The DNA study of the painter’s corpse is necessary due to the lack of other biological or personal remains with which to perform the comparative study,” the controversial court order read.

Forensic experts used pulleys to lift the 1.5-ton stone slab covering Dalí’s grave — which sits in the interior of the Dalí Museum Theater — and then quickly removed some hair, nails and two long bones from his carefully mummified remains.

Fans will be relieved to know that they didn’t touch the mustache which — despite having been underground for nearly 30 years — officials said remained in “its classic shape of ten past ten.”

Only five people were allowed to oversee the removal process and the results of the DNA tests have yet to be announced.

If the DNA is a match, it’s possible that Abel could claim rights to one fourth of the man’s estate — despite never having had a relationship with him in life.

The only evidence in the case thus far is Abel’s word.

She insists that her mother, Antonia, worked as a maid in a town where Dalí had a home. The two “had a friendship that developed into clandestine love,” she argued in the initial paternity suit.

It’s an especially bold claim, since Dalí was married to his longtime muse, Gala, at that time. Gala was about ten years older than Dalí inspired several artists in the surrealist community.

Gala was known to have engaged in several extramarital affairs, which Dalí apparently encouraged.

“Naked, and comparing myself to my schoolfriends, I discovered that my penis was small, pitiful and soft,” Dalí once said of coming to terms with his unusual sexuality. “I can recall a pornographic novel whose Don Juan machine-gunned female genitals with ferocious glee, saying that he enjoyed hearing women creak like watermelons. I convinced myself that I would never be able to make a woman creak like a watermelon.” 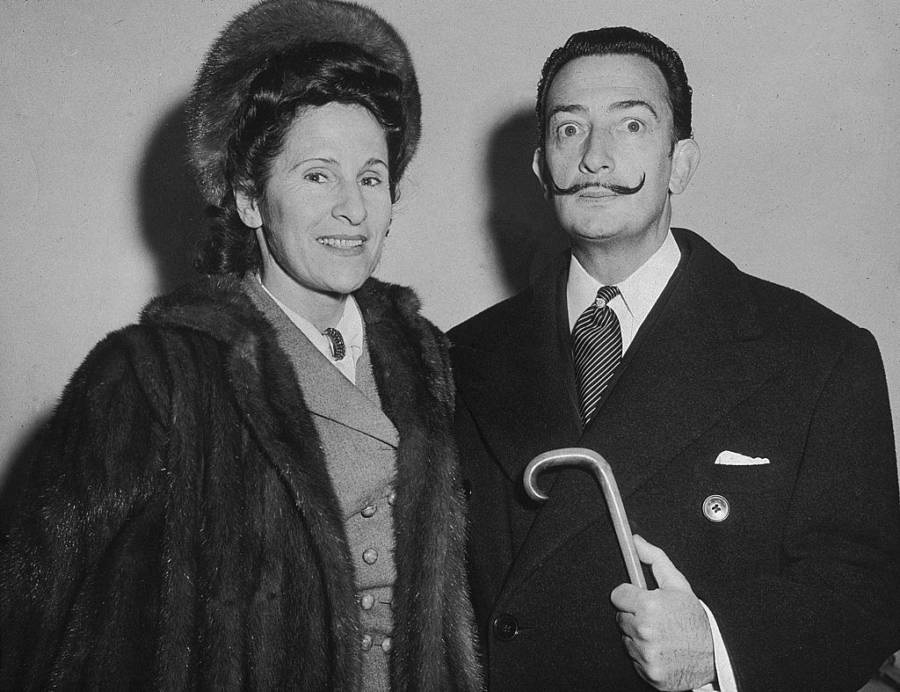 Some suspect that Dalí died a virgin. People who have studied him are, therefore, understandably suspicious of Abel.

The woman — who first made her theory public in 2015 — says that her mother told her multiple times that the painter was her father.

“The only thing I’m missing is a mustache,” she told El Mundo.

That — or at least a piece of it from Dalí. Abel has tried taking other tests using above-ground DNA samples (like skin cells from a death mask of the painter’s) but the results were inconclusive.

Abel then had another test conducted with the help of Dalí’s official biographer, Robert Descharnes. The woman claims she never received the results, but that’s been disputed by Descharnes’s son, who says Abel was definitely informed that the test was conclusively negative.

“There is no relationship between this woman and Salvador Dalí,” Nicolas Deschernes told a Spanish news service in 2008.

The Dalí foundation plans to continue fighting to nullify the paternity test. They’ve also said that if the results are negative, they will seek financial compensation from Abel for the costs of exhuming the body.

As the world waits for the results — which could take weeks — it’s interesting to consider what Dalí himself would have thought of all this grave-digging drama. He did always have a flair for life’s most bizarre twists.

“I have a Dalinian thought,” he once said. “The one thing the world will never have enough of is the outrageous.”