Everything We Know About The San Bernardino Shootings So Far 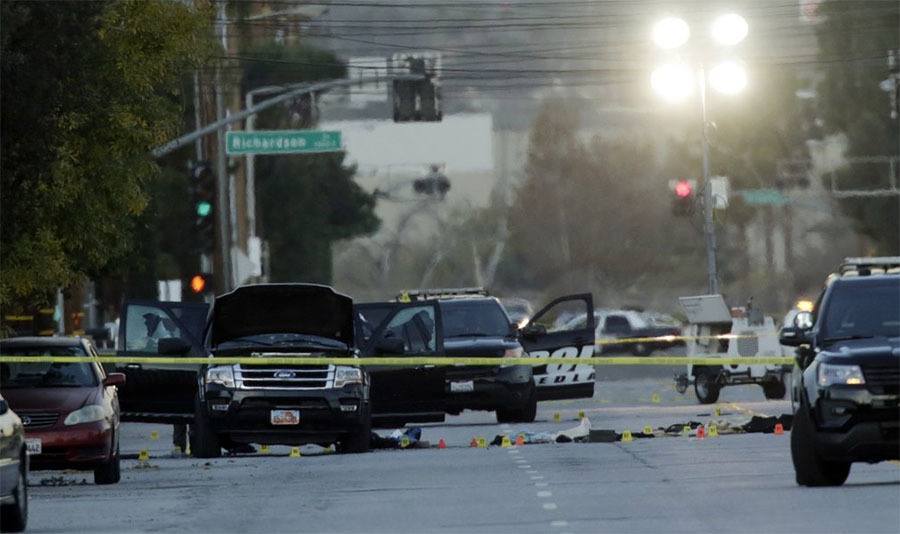 The scene of the San Bernardino police shoot out.

On December 2nd, a team of assailants killed 14 people and injured 17 in the California town of San Bernardino — making this the worst mass shooting since Sandy Hook, and meaning that this year the United States has seen 355 mass shootings. Here’s everything we know about the mass shooting so far:

Who was behind them: Police have identified two people, Syed Farook and Tashfeen Malik, as armed suspects behind the shootings. Both were killed on Wednesday after a shootout.

Farook, 28, was a U.S. citizen who worked as an inspector for the county health department, according to CNN. 27-year-old Malik, whom a family member said was Farook’s wife, was also a county employee, according to police officials. Malik was born in Pakistan and lived in Saudi Arabia before marrying Farook two years ago, Hussar Ayloush of the Council on American-Islamic Relations said.

People who knew the couple said that Farook had recently traveled to Saudi Arabia and returned to the States with his wife, whom he had met online, wrote the Los Angeles Times. The couple later had a baby girl, and appeared to be “living the American dream,” said Patrick Baccari, a colleague of Farook.

Where the shootings took place: The shootings that killed 14 and injured 17 took place at the Inland Regional Center — a place that provides services for people with developmental disabilities — during an office holiday party.

According to The New York Times, Farook left the facility “angry” after some kind of dispute and returned at around 11 a.m., heavily armed and dressed in tactical gear, with Malik. Just before an office party photo, shots were fired, sources said.

Police said that the couple were armed with .223-caliber assault rifles and semiautomatic handguns, which had been purchased legally. Malik and Farook fled the scene soon after in a black SUV, and left three explosive devices in the center, authorities said.

That afternoon, police closed in on Farook and Malik, who had relocated to the residential neighborhood called the Redlands. A gun battle between police and the couple soon ensued when the couple left the area, leaving Farook and Malik dead, and their six-month-old daughter orphaned. Police said a third person fled the scene and was taken into custody, but it’s unclear what role he had in the event, if any.

What the motive was: Police and the couple’s family members are unsure what drove Malik and Farook to massacre dozens. Nevertheless, officials believe that the attacks were pre-meditated. “There had to be some degree of planning that went into this,” San Bernardino Police Department Chief Jarrod Burguan told the New York Times. “I don’t think they just ran home and put on these tactical clothes.” Burguan added that his team had not ruled out terrorism as a possible motive.

Farook’s brother-in-law, Farhan Khan, later appeared at a press conference with the Council on American-Islamic Relations for Greater Los Angeles, where expressed shock at what Farook had done. “I just cannot express how sad I am for what happened today.” 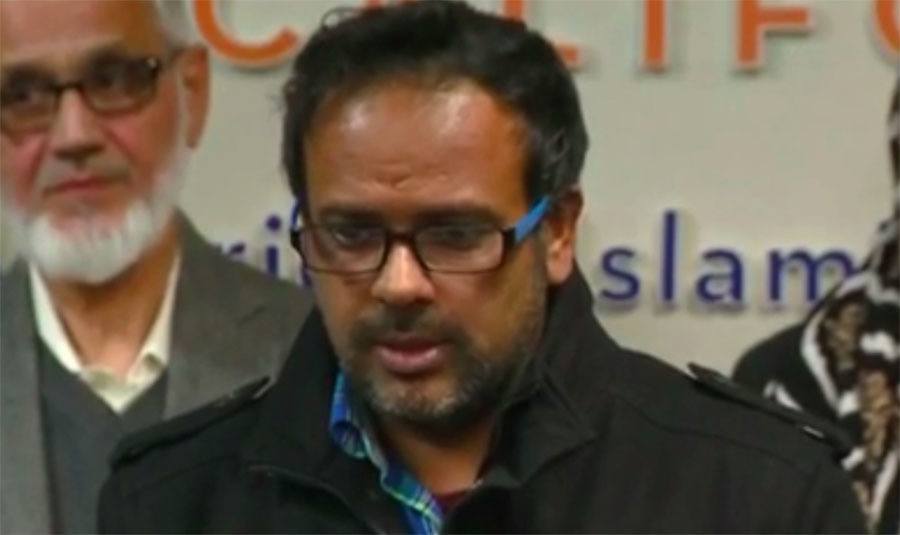