When the bubonic plague killed a resident of San Francisco's Chinatown in 1900, the city and state tried to hide it — and then ostracized Asian immigrants. 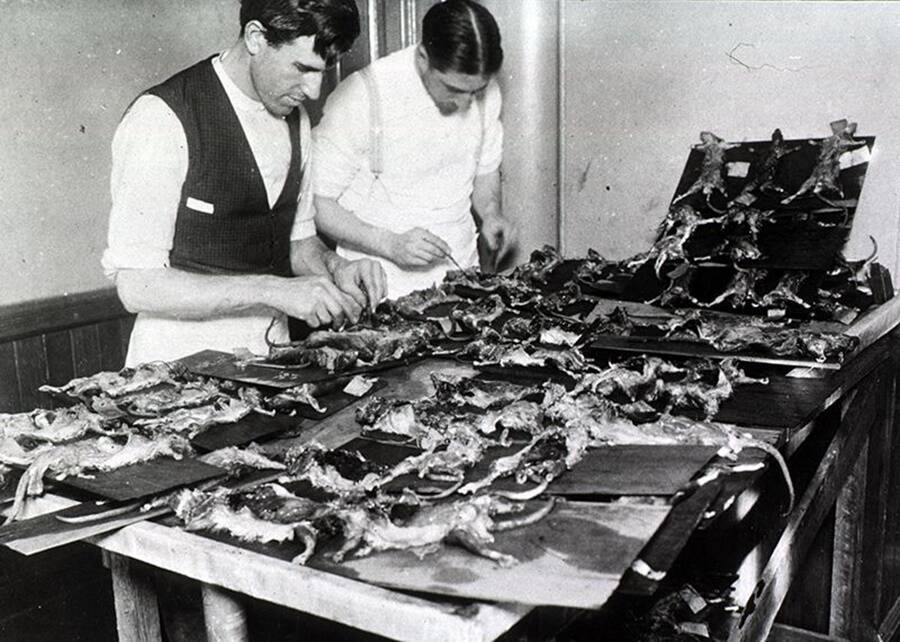 The National Library of Medicine/Centers for Disease ControlSan Francisco was besieged by the Black Plague for nearly a decade in the early 1900s. Relief came only after an extensive rat extermination campaign, pictured here.

In the early 1900s, San Francisco became the first U.S. city to be infected with the Black Plague — over half a millennium after it first ravaged Europe in the 1340s. This was the first outbreak of plague to hit the continental U.S.

The San Francisco plague by no means killed as many people as it did in Europe — which saw over 60 percent of the continent’s population perish — but it did reveal a series of disturbing patterns in America’s government.

Indeed, it’s largely believed that a toxic mix of corruption, racism, and resistance to scientific advancement, made the San Francisco plague considerably more fatal than it should have been. 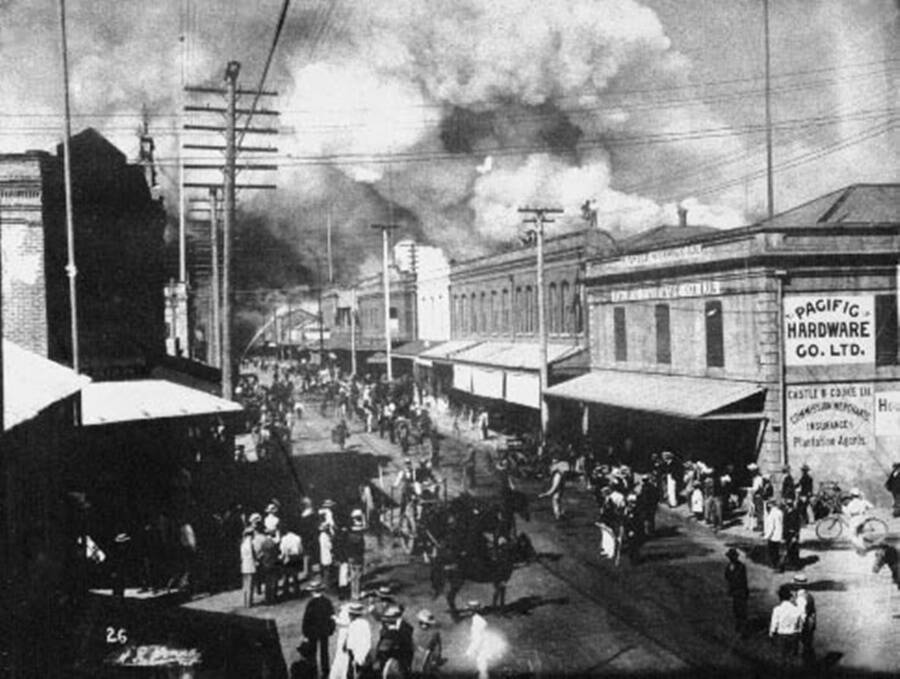 Wikimedia CommonsOfficials purposefully set fire to buildings in Honolulu’s Chinatown in an effort to oust the presence of plague.

After the Black Plague claimed as many as 200 million lives in 14th-century Europe, multiple outbreaks appeared in the Yunnan region of southwest China well into the late 1700s. Then, a third plague pandemic hit central and eastern Asia in 1855, killing upwards of 15 million people.

By 1894, the plague had spread to Hong Kong, a large port hub that sent trade ships to the U.S. Five years later, the disease arrived in a United States territory: Honolulu, Hawaii.

Immigrants to Honolulu’s Chinatown were the first to succumb to the plague. Doctors determined that the bacterium Yersinia pestis was the cause of their disease but they had no clue as to how it had spread to the island nation.

Doctors touted the belief that perhaps the disease only affected people of Asian descent, which is an unsubstantiated claim that was likely inspired by anti-Chinese sentiments of the time. Unfortunately, these attitudes would be mirrored in San Francisco just a few months later.

When a white teenager outside of the quarantined neighborhood contracted the disease and died, health board officials adopted a more extreme measure: to burn down any building where a victim had died. Unfortunately, many of those buildings housed Chinese, Japanese, and native Hawaiian residents. 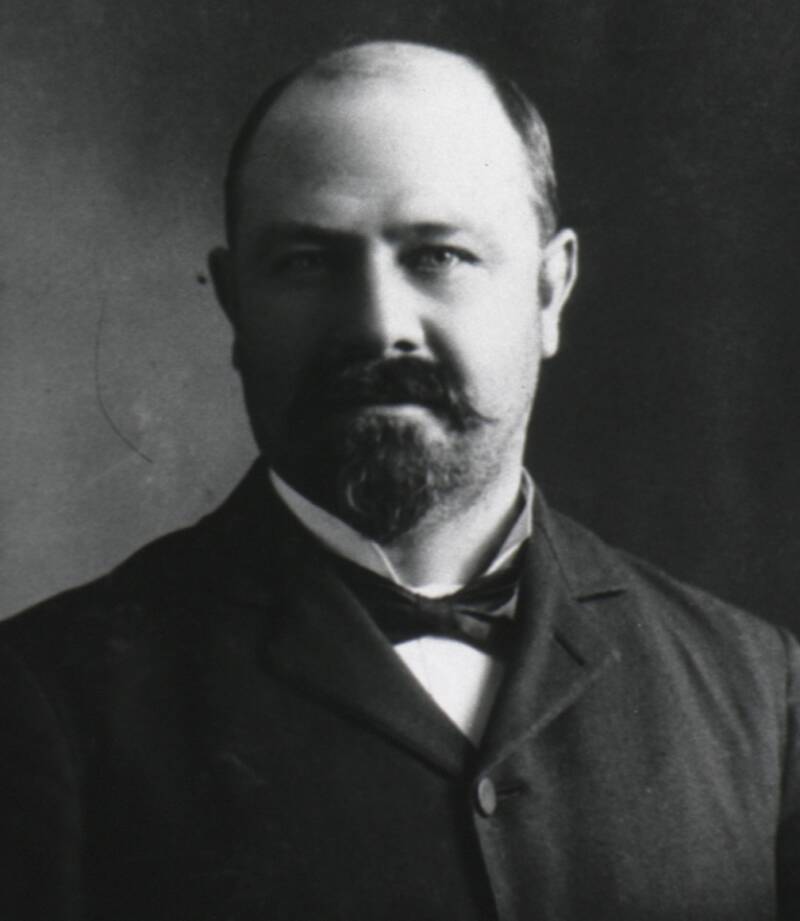 U.S. National Library of MedicineJoseph Kinyoun was the first American doctor to identify the presence of the plague bacterium, Yersinia pestis, in the body of a dead victim in the continental U.S.

Officials continued to set controlled fires in an attempt to oust the plague, but in January 1900, a rogue spark ignited an 18-day fire that engulfed one-fifth of Honolulu — and all of Chinatown.

Over 5,000 residents were displaced and forced into quarantined refugee camps. The fire remains the worst civic catastrophe in Hawaiian history, but it did help to stave the spread of the plague throughout Hawaii.

The Spread Of The San Francisco Plague 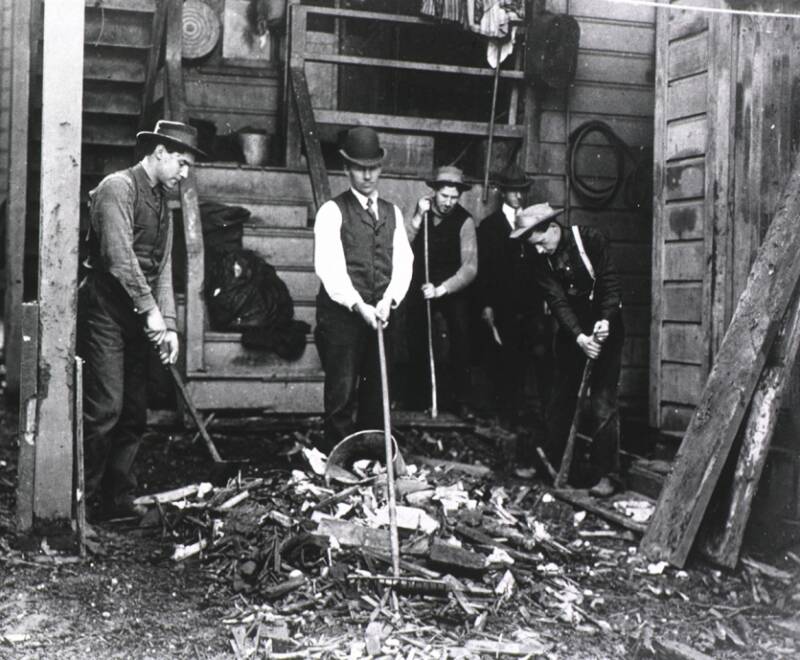 U.S. National Library of MedicineMarine Hospital Service workers clean up a cluttered San Francisco backyard as a part of a citywide anti-plague initiative.

The first person to die from the bubonic plague in the continental U.S. was a lumber yard owner and Chinese immigrant named Wong Chut King, who lived in San Francisco’s Chinatown district. It was just months after the anti-plague fires ravaged Honolulu, March 6, 1900.

King had run a high fever, become delirious, and had painfully swollen lymph nodes called buboes from which the disease derived its name. Dr. Joseph J. Kinyoun, the chief quarantine officer at the federal Marine Hospital Service who later founded the National Institutes of Health, was the first to identify the presence of Y. pestis inside the victim’s body.

Kinyoun had been following the bacterium as it spread from Asia to Honolulu and he predicted that it would make its way to San Francisco, too. Back in January 1900, Kinyoun had asked that all ships coming to San Francisco from China and Hawaii fly yellow flags to warn of possible plague infection, but he was largely ignored.

Kinyoun’s subsequent efforts to convince the city that the disease had arrived were stymied by multiple parties of self-interest and one San Francisco newspaper even printed an article with the headline: “Why San Francisco Is Plague-Proof.” 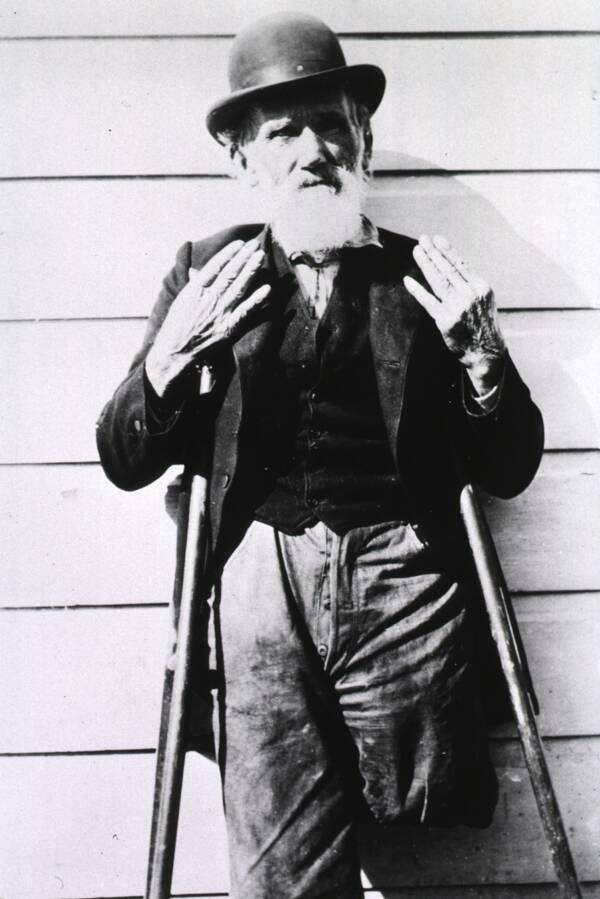 Between 1900 and 1904, over 100 people would die of the San Francisco plague, in part because the city’s leaders refused to admit it even existed.

A Plague Of Government Corruption

City and state politicians were afraid that news of the plague would harm the local economy and so they conspired to paint Kinyoun’s claims as a hoax.

“There was a very real threat that California’s $40 million fresh produce industry… would be lost,” explained Marilyn Chase, a lecturer at the UC Berkeley Graduate School of Journalism and author of The Barbary Plague: The Black Death in Victorian San Francisco.

According to journalist David K. Randall, author of Black Death at the Golden Gate: The Race to Save America from the Bubonic Plague, local newspapers called Kinyoun “a fake,” “suspicious,” and implied that “he was just trying to take money from the public coffers and this was all a big scam.”

Local newspapers funded by self-interested businessmen also suggested that Kinyoun had injected dead bodies with the plague himself. They called him “Suspicious Kinyoun” and proclaimed that the real epidemic in San Francisco was the “plague of politics.”

California governor Henry Gage signed off on numerous gag orders to prevent the media from discussing the impending San Francisco plague. In 1901, the State Board of Health even printed a report denying the existence of the disease.

Racist Motivations And A Lawsuit 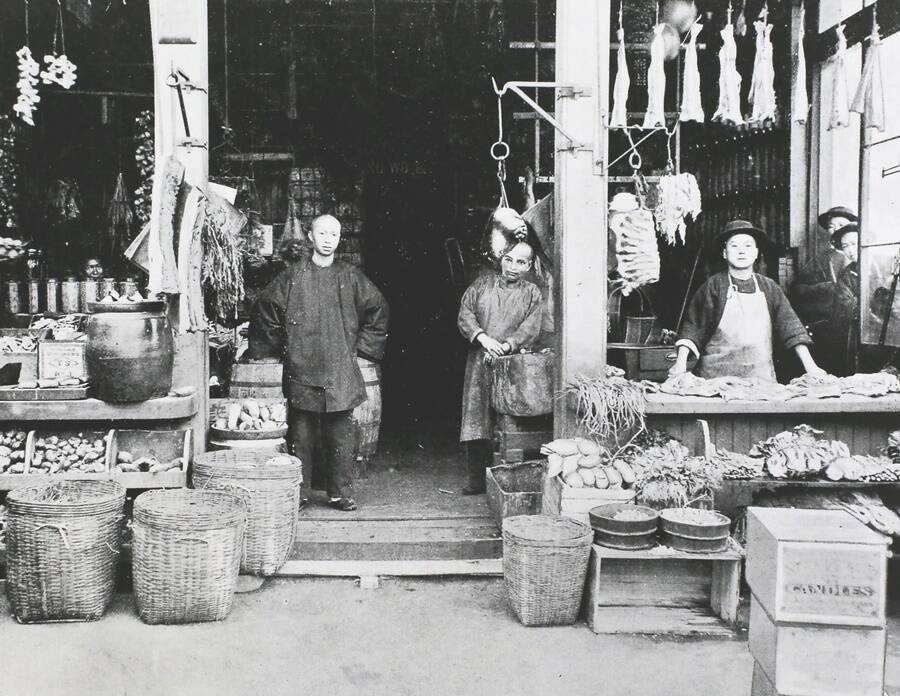 Hulton Archive/Getty ImagesThe discrimination and violence endured by residents of San Francisco’s Chinatown is just one example of the racialization of pandemics in U.S. history.

But besides discrediting Kinyoun, one of the more nefarious ways in which politicians sought to deny the existence of the San Francisco plague was to convince white residents that the plague only infected those of Asian ancestry.

By 1880, 16 percent of San Francisco’s population was Chinese. Immigrants had arrived in the state looking for work building the transcontinental railway, but their growing numbers incited hate and fear among white residents which resulted in the Chinese Exclusion Act of 1882, a U.S. immigration policy that cracked down on Chinese immigration.

Even though the San Francisco plague reaped the lives of many white residents too, that wasn’t enough to convince the public that the disease did not infect victims based on race. “The idea was that if your ancestors had survived the plague in Europe, then you somehow evolved immunity,” Randall explained.

Thus, when the San Francisco plague appeared in Chinatown, the state government’s first actions were to restrict all Asian immigrants from traveling in and out of California and to lock down Chinatown for three days, cutting off 20,000 residents from employment and food supplies.

But while Chinese and Japanese residents remained locked in Chinatown, European Americans could come and go out of the area as they pleased.

City and state officials funded a “full sanitation campaign in Chinatown” that included scouring and raiding the neighborhood for more cases of the plague and burning any private property that had come in to contact with it. The San Francisco mayor, James D. Phelan, claimed that Chinese Americans were “unclean,” and “a constant menace to the public health.”

One San Francisco newspaper even described the plague as “largely racial” and another, Organized Labor, wrote bluntly:

“Brothers, wake up!… The almond-eyed Mongolian is watching for his opportunity, waiting to assassinate you and your children with one of his many maladies.”

Eventually, officials attempted to give Chinese residents an experimental vaccine, but many of those residents believed this to be an attempt to poison them.

In response to these measures, the Chinese Consolidated Benevolent Association, also known as the Six Companies, filed a lawsuit against Kinyoun and the San Francisco Board of Health. The case ended in a win for the Chinese, largely because the State of California couldn’t prove that Chinese Americans were more susceptible to the plague than Anglo Americans.

The case limited the authority of public health officials to isolate diseased populations. 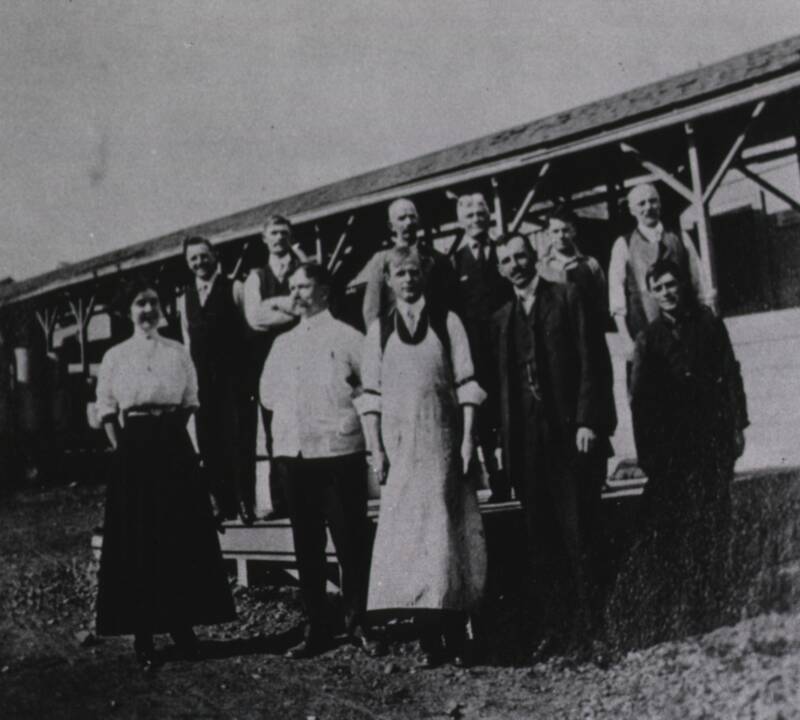 U.S. National Library of MedicineRupert Blue and his staff pose outdoors during his clean-up campaign.

By 1901, Kinyoun was replaced by another medical professional named Rupert Blue who was as committed to bringing attention to the San Francisco plague as Kinyoun had been.

Building upon early European studies on the correlation between rat die-off and the spread of disease, Blue shifted his focus to rodent extermination in order to combat the city’s plague.

In 1903, he initiated a citywide extermination and research effort of the city’s rats. This was the first instance in U.S. history of a federal effort “focused on killing rats as a way to combat a crisis.” The program ran for six years and cost approximately $2 million.

Blue still faced resistance from plague-denying politicians and publications, but his efforts managed to slow the spread of the plague. Indeed, only 100 deaths were recorded by early 1905, a success compared to the millions who died across the Asian continent during the third plague pandemic. 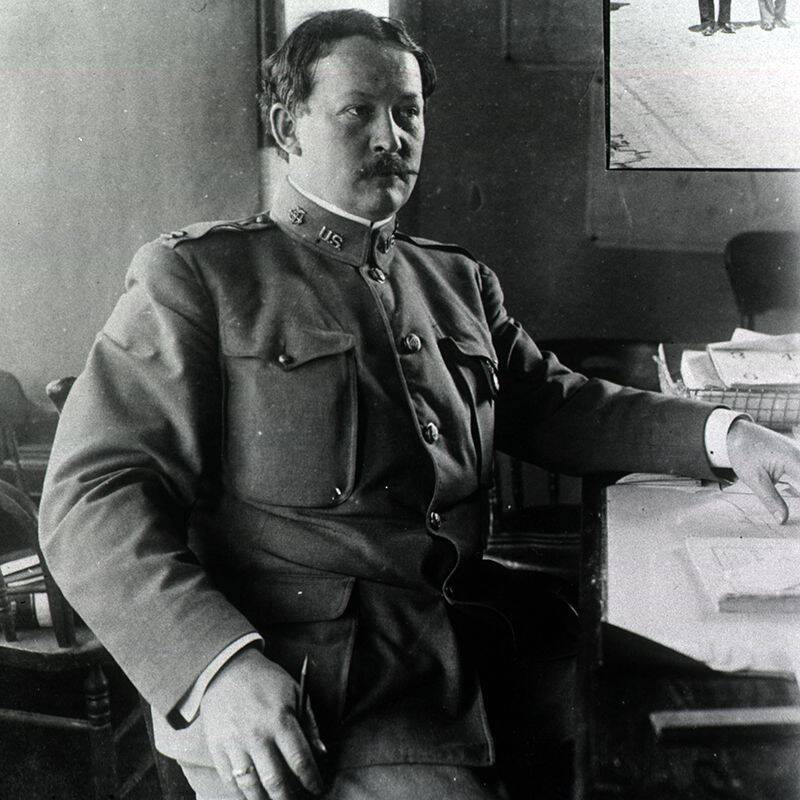 There was another bout of the San Francisco plague that wasn’t concentrated in Chinatown in 1907. During this, 65 people died. The following year, 160 more cases had been identified, including 78 deaths, and all of the infected people were European. San Francisco declared itself plague-free in November 1908.

The bubonic plague is, unfortunately, not a thing of the past. An average of seven cases is reported annually in the U.S. with hundreds from around the world. Fortunately, victims of plague today can be easily treated with antibiotics.

Next, find out what it was like to be a plague doctor in Medieval times and read about how the infamous Black Plague finally ended.