In Addition To Its Tiny Arms, T. Rex’s Legs Meant It Could Barely Run

The long-held belief that this apex predator's long legs helped it run faster might be prehistoric. Instead of speed, Tyrannosaurus rex was made for long, ambling periods of stalking prey. 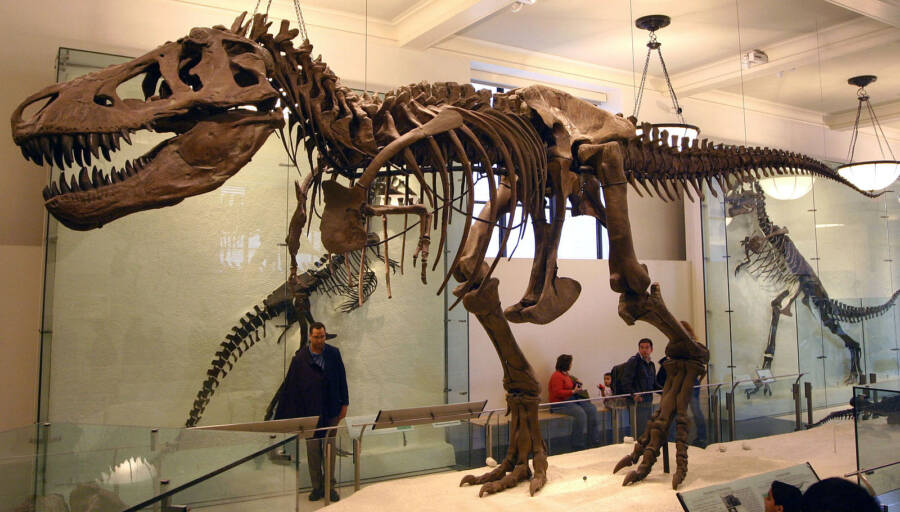 Wikimedia CommonsThe T. rex has commonly been depicted as a speedy predator chasing its prey. New research shows that wasn’t the case.

No species has been depicted more terrifyingly than the Tyrannosaurus rex, the long-legged apex predator often seen in movies like Jurassic Park chasing down its prey with deadly speed.

A new study by the University of Maryland (UMD) has found that to be false, however — and that the T. rex’s legs evolved for long periods of slow and steady walking.

According to Phys, Thomas Holtz of UMD’s Department of Geology and his colleagues believe the long hind limbs of the T. rex evolved to conserve energy. Rather than help the prehistoric king of the jungle run faster, its legs allowed for a steady and continuous pace to be maintained.

“The assumption tends to be that animals with adaptations for running, such as long legs, are adapted for a higher maximum speed, but this paper shows that there’s more to running than speed,” said Holtz, whose paper was published in the PLOS ONE journal.

“When you’re a bigger animal, those adaptations may also be for endurance and efficiency. It may be about being a marathoner rather than a sprinter.” 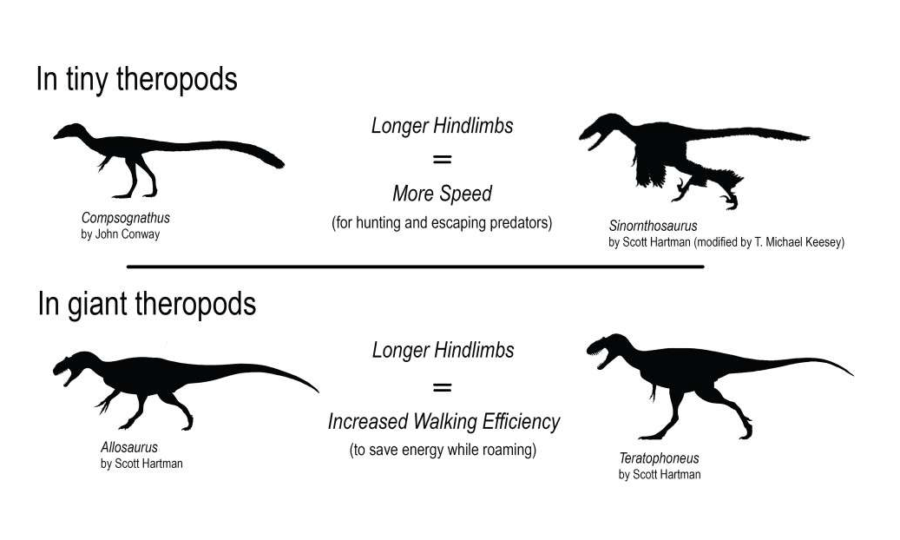 T. Holtz/University of MarylandLong limbs allowed smaller theropods to run faster, while the larger dinosaurs used their long legs to conserve energy in order to stalk prey for longer periods of time.

The resourceful researchers used a variety of metrics to reach this conclusion. Limb proportion, size ratio, body mass, and gait size were all incorporated to garner estimates of the top speeds of over 70 species of dinosaur called theropods.

In terms of size, the groups’ spectrum ranged from dinosaurs weighing half a pound to more than nine tons. According to IFL Science, the group is characterized by three-toed limbs and hollow bones. The T. rex wasn’t the only bipedal predator included in the study, but was a significant focus.

Since the success of the T. rex — which virtually ruled the world for 180 million years — has often been attributed to running speed, Holtz and his team were eager to clarify matters.

To give an idea of the massive size these creatures reached, the average T. rex’s legs were about 11 feet long. Sue, the largest T. rex on record, had a stride that likely measured between 12 and 15 feet.

However, the new research showed that while longer legs were in some cases associated with higher top speeds, that rule only applied to small and medium-size theropods. Dinosaurs weighing over 2,200 pounds were found to be no faster than their shorter counterparts, though they certainly moved more efficiently. 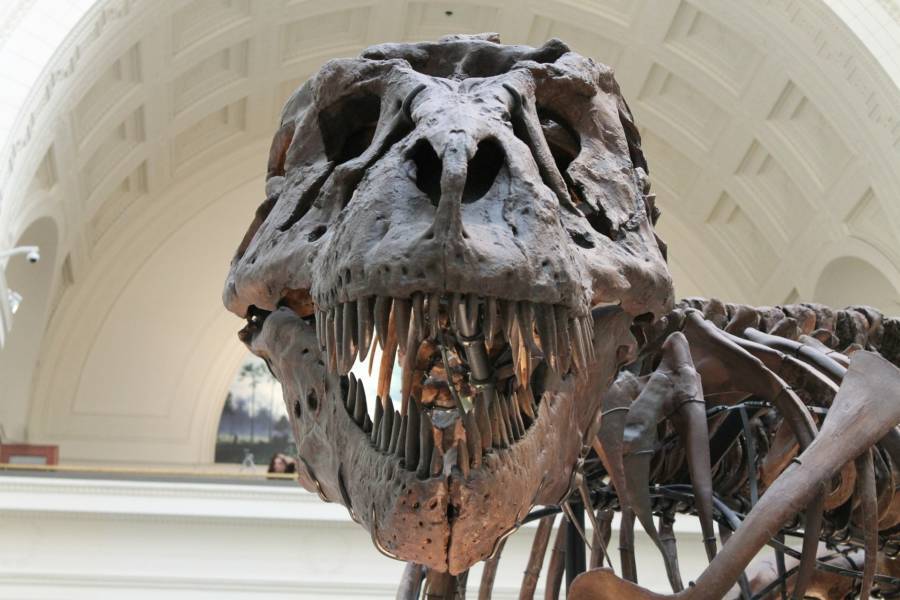 Holtz and his colleagues assessed just how much energy each of the 70 theropods needed to move at a walking speed. This helped them calculate that the larger types, which longer legs, didn’t need as much energy to amble about.

“That’s actually a very beneficial savings, because predators tend to spend a great deal of their time foraging, searching for prey,” said Holtz. “If you are burning less fuel during the foraging part of the day, that’s an energy savings that dinosaurs with shorter leg forms didn’t get.”

Ultimately, the study should help broaden the conversation regarding body proportion and size when it comes to running ability and speed. Often overlooked, those two factors appear to play a major role — with this research countering the notion that long limbs directly correlate to constant running.

After learning about the study that found T. Rex legs evolved to be long for energy conservation rather than running purposes, meet the “reaper of death” — Tyrannosaurus rex’s older cousin discovered in Canada. Then, learn about the Nodosaur — the dinosaur mummy found with its guts intact.