The sword is believed to have been an English officers' sword from about 300 years ago. 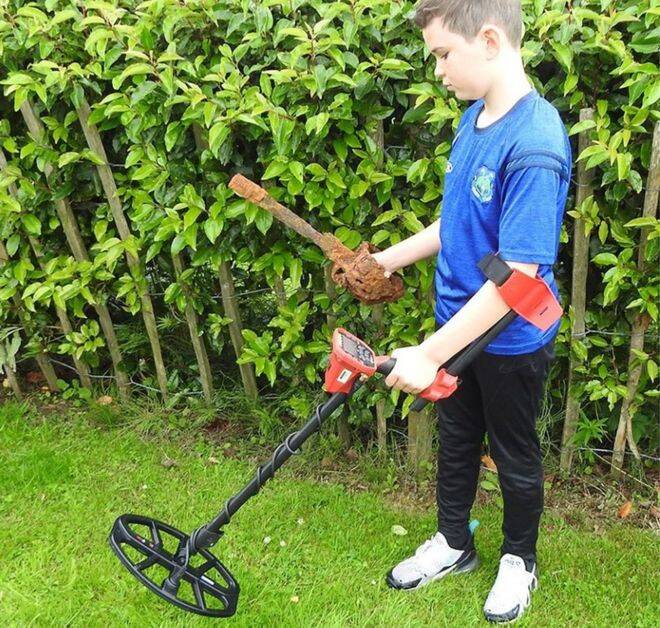 Brian Quinn/Clonoe GalleryFionntan Hughes discovered the weapon not far from his home in Northern Ireland.

Ten-year-old Fionntan Hughes has developed an unusual hobby for his age. Unlike most other children, who might rather play soccer or video games, Hughes enjoys scoping out the grounds of his neighborhood with a metal detector in hopes of finding a valuable artifact.

And what Hughes found on his first outing with a real metal detector was wholly unexpected: an ornate — and deeply rusted — 300-year-old English sword.

Because he was so fond of hunting for treasure, Hughes’ parents gifted him a metal detector for his 10th birthday this past July to replace the “cheap” little gizmo they had given him a few years before. Hughes could hardly contain his joy and begged his father to try it out straight away. Excited for his first real try at metal detectoring, Hughes invited his cousin Darran Hanna to join them and the group set off to an open plain not far from their property.

According to the BBC, the artifact was uncovered using the new metal detector somewhere around Ulster, Northern Ireland, where the family lives.

Hughes’ detector had gone off twice before that evening but both objects turned out to be mere “trinkets.” When the metal detector signaled for a third time, however, the family had no idea that it would prove to be such a valuable artifact. They dug up the item from about a foot below ground. 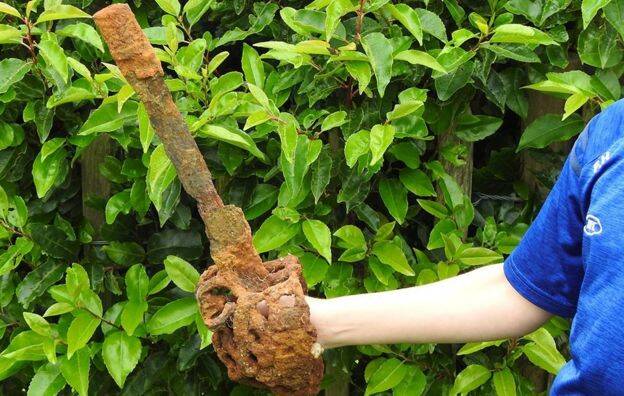 Brian Quinn/Clonoe GalleryThe type and age of the sword have yet to be confirmed by museum officials but experts estimate that it could be an English officers’ sword that dates back to as early as the 17th Century.

“I didn’t know what it was until it was cleaned up,” 10-year-old Hughes said. The sword is crusted in a thick layer of rust, which experts have claimed is making it all the more difficult for them to properly identify it. But when Hughes and his father finally recognized what it was that they had found, they knew they had something special. The birthday boy said he felt “quite excited” about his stunning discovery.

His father, Paul Hughes, described the remarkable find as a case of “beginner’s luck” and has reportedly been in contact with Greer Ramsey, a curator of archaeology at the National Museums Northern Ireland, in order to properly identify the sword.

The museum has yet to confirm what kind of sword it is and its precise age but other antiques experts have already weighed in.

“The sword is basket hilt-type sword as used by English officers and dragoons from about 1720 to 1780, or it could be a Scottish basket hilt of about 1700 to 1850,” speculated Philip Spooner, an antique dealer who has been in the trade for more than 30 years. He called the rusted sword “a fine thing to find.” 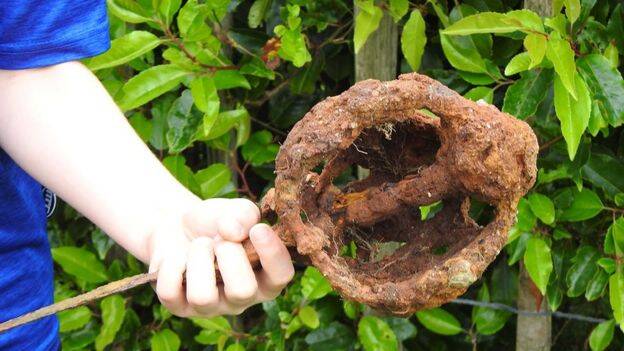 Brian Quinn/Clonoe GalleryThe family is unsure of what they will do with the sword but it’s likely they may give it up to the museum.

But brothers Mark and David Hawkins, who are antique experts with more than 55 years of experience between them, posited that the sword could be from an even earlier time period. “All that thick, rusty mud might easily be exaggerating the shape and size of everything,” they said. But they added that this particular design began to appear around 1610 to about 1640, and patterns could be used for more than 100 years at a time.

“We think it is likely an English basket-hilted broadsword, with flattened bars and large, plum pudding pommel — typical of the early types.”

If expert estimates are accurate, then the sword could likely be about 300 years old — an incredible find for any metal detectorist, let alone a 10-year-old on his first big outing. For now, Hughes and his parents are trying to figure out how to properly preserve the sword before it can be collected by experts. 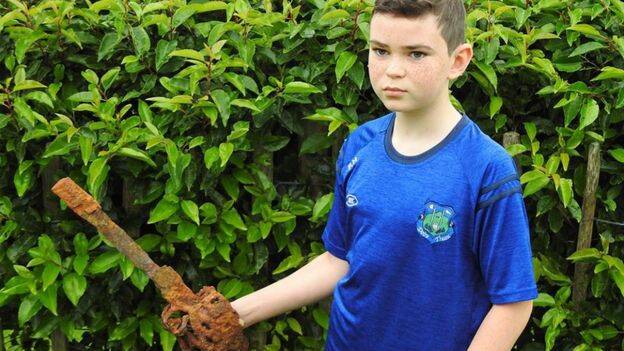 Hunting for buried treasure is a popular endeavor in the U.K., where special clubs and competitions have been devoted to the pastime. Usually, these scavenger hunts bear little reward for the hunters, but there have been a few instances of metal detectorists hitting it big recently.

In 2019, a group of four men discovered a haul of rare coins dating back to the Black Death. The coins were estimated to be worth more than $195,000 and is considered to be the biggest haul of its kind in the U.K. within the last decade.

Maybe next time little Hughes will score his own jackpot.

Next, learn the crazy true story of how $2.4 million-worth of gold bars were found in a tank purchased on Ebay. Then, read about the 220-pound gold coin that was stolen from a Berlin Museum.