The Nazis’ Schwerer Gustav, The Biggest Gun Ever Built

The monstrous Schwerer Gustav was deployed in the Soviet Union during the Battle of Sevastopol. 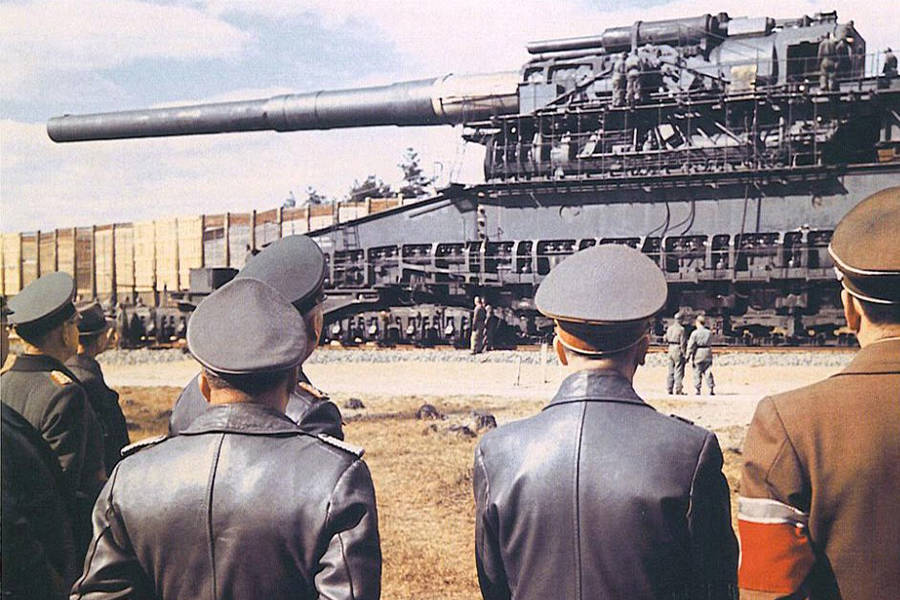 In 1934, the only thing standing in the way of Hitler invading France was the French Maginot Line. Really, it was the only thing that stood in the way of Hitler and Western Europe, a fortification running from the Rhine River to La Ferté made of concrete blockhouses, bunkers, and rail lines. The line was elaborate and extensive, and as rumors of its strength traveled to Germany, Hitler began to believe he’d need a miracle for his troops to break through it.

So, the German High Command (OKH) commissioned engineers from Krupp, a steel company from Essen, to design a weapon powerful enough to break through the concrete fortifications that were nearing completion. The shells alone had to be strong enough to penetrate 22 feet of reinforced concrete and at least three feet of steel plating, meaning the weapon was likely to be massive.

In order to meet the requirements set forth, Krupp engineer Erich Müller calculated that the weapon would have to be far bigger, and much more powerful than any weapon in existence. Finally, Müller put together the measurements for his goliath gun and presented the plan to the OKH.

Though no formal commitment was made by Hitler, the high command knew the design, known as the Schwerer Gustav, was their answer. 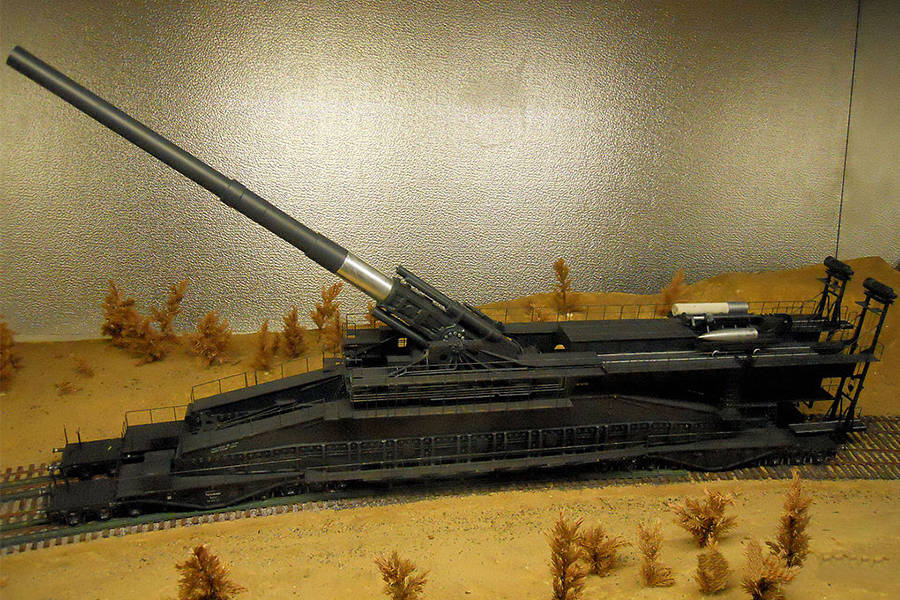 With a caliber of 31 inches, able to fire a projectile that weighed more than 10 tons 30 miles away, the Schwerer Gustave was incredibly imposing. The barrel was over 100 feet long, longer than any gun barrel in existence, and the body of the gun was bigger than any tank to see battle so far.

It was more like a small building than a gun. From the ground up it was almost four stories tall, was over 150 feet long including the barrel, and weighed over 1,300 tons – for scale, the Space Shuttle weighs 2,000 tons. This was no tiny tank.

The shells alone, which had been designed with pure destruction in mind, were taller than two men, twice as wide as one, and weighed 20,000 pounds each. It took several men just to load one into the barrel. For the gun to move around, the body was built on two parallel sets of rail wheels, allowing it to travel across special tracks.

Ultimately, the high command ordered two of these weapons, the Schwerer Gustav and a smaller model they called “Dora.”

However, the models weren’t ready by the time Hitler was, and the Germans were forced to invade France without them. Of course, they shouldn’t have been worried, as their troops far outnumbered the French’s static defenses.

However, even after the French surrendered quickly, Hitler still wanted to make use of his magnificent and destructive weapon. The siege of Sevastopol was the perfect opportunity. After five weeks of positioning the device, a feat that required 4,000 men, the weapon was ready.

In five days, spanning between June 5 and June 17, the Schwerer Gustav fired 48 rounds, equalling 30,000 tons of ammunition. The barrel of the gun, which had already fired 250 rounds during testing, was worn out entirely, as were the men. It took 500 of them just to fire the gun, and after loading the oversized shells into the machine, they were spent.

After the battle, it was taken apart. The barrel was sent back to Krupps to be re-lined, while a spare was affixed to the machine, to prepare for an attack on Leningrad. After that was canceled, the gun was moved to a set of tracks near Leningrad.

A Weapon That Was Perhaps Too Powerful 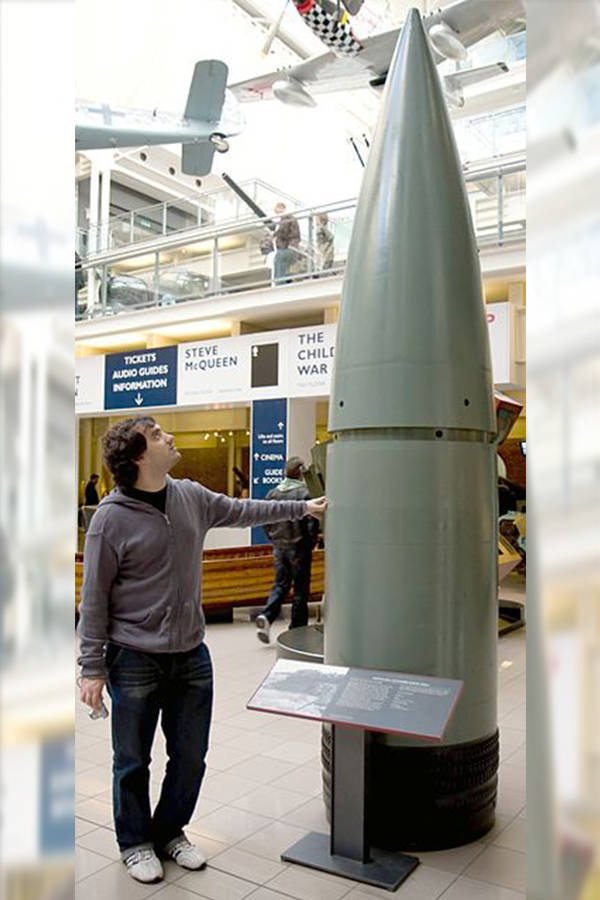 Wikimedia CommonsA single shell was taller than two men, and twice as wide as one.

After using the Schwerer Gustav railway gun just once, the Germans realized the impracticality of it. First, the sheer number of men needed to fire just one round of ammunition was insane. During battle, it was hard to spare that many men just for one task.

Furthermore, it took entire troops multiple days just to move the giant railway gun, a near-impossible feat if one wanted to perform it covertly. It was huge, impossible to hide from planes, and visible from almost any higher elevation.

Due to the fact that the gun was relegated to specially designed tracks, the Germans were limited by terrain. On top of that, the tracks had to be laid in advance, making it incredibly easy for the Axis powers to predict the troops’ movements.

Finally, maintenance and the cost of shells were expensive, and hard to justify when there were smaller, more covert tanks readily available.

Ultimately, the Germans decided to retire the Schwerer Gustav. In order to ensure that their enemies couldn’t get their hands on it and use it against them, they dismantled the giant weapon. The exact whereabouts of the parts, if they weren’t entirely destroyed, are unknown today.

After learning about the Schwerer Gustav railway gun, check out these other crazy weapons invented by the Nazis. Then, read about the Landkreuzer P. 1500, a German tank so large it couldn’t even be built.