Evolution On Trial: The Weird Backstory Of The Scopes Monkey Case

Despite being fake, the Scopes Trial ultimately got evolution to be taught in schools. 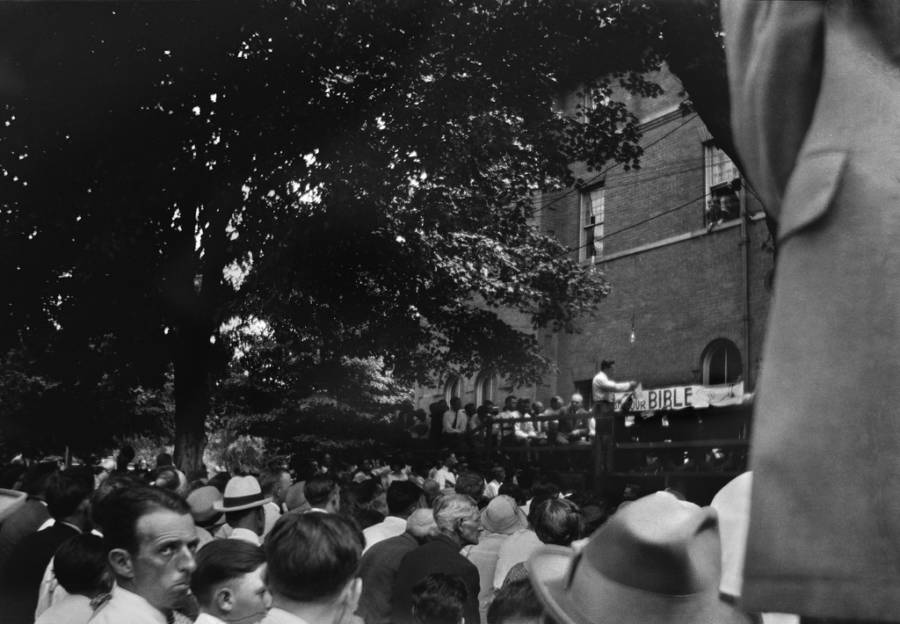 Flickr CommonsSpectators gather to hear testimonies being read during the Scopes Trial.

The Scopes Trial is generally held up as an example of the triumph of science and modernity over religious fundamentalism and close-mindedness. Most people are familiar with the basic facts: namely that there was a teacher in the South who was put on trial for teaching Darwin’s theory of evolution to his class.

The Scopes Trial did indeed become a national sensation and the legend that grew around it over the years has largely transformed the Scopes Trial into the story of a maverick young teacher who was hounded by a fanatical community for defiantly educating his students on modern science. The reality is this was no more than a façade for a publicity stunt created by a few key players, who had more success than they could have possibly dreamed.

The story begins when the Tennessee House of Representatives passed the Butler Act in 1925, which made the teaching of evolution in schools a misdemeanor. There was immediate backlash to the law and the American Civil Liberties Union was itching to challenge the controversial act in court. The ACLU found a willing representative in 24-year-old John Scopes, who actually taught physics and math (not biology) in Dayton, Tennessee. 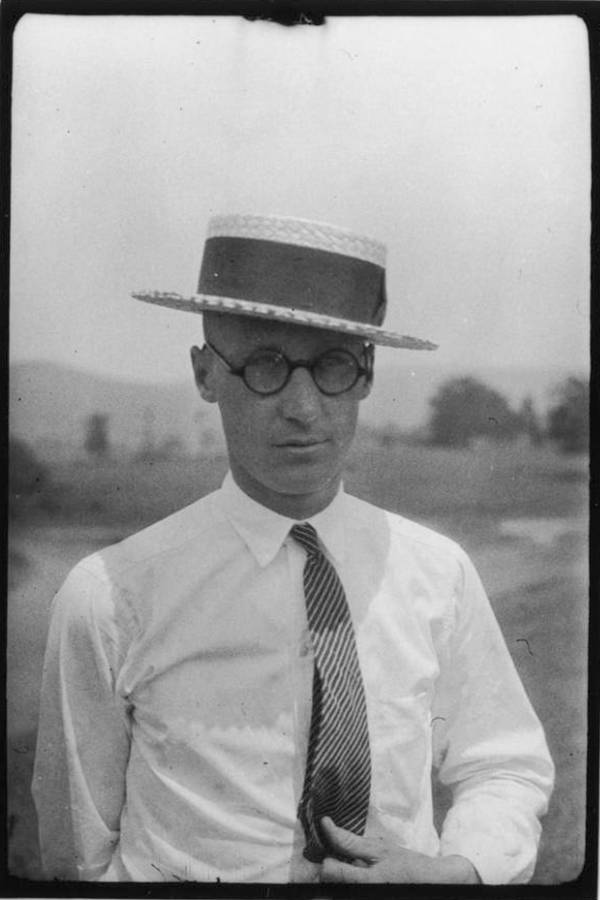 Flickr CommonsMath teacher John T. Scopes would soon find himself at the center of a national media storm.

Scopes volunteered to be prosecuted, although he never actually admitted to teaching Darwin’s theory. He only acknowledged that while substituting for a biology teacher, he had used a textbook which contained the theory. After Scopes agreed to be tried, local journalists gleefully reported “Something has happened that’s going to put Dayton on the map!” and kicked off a media frenzy that would indeed make their city famous.

Williams Jennings Bryan of the prosecution and Clarence Darrow of the defense added fuel to the media fire by going at each other in the press; the three-time-presidential candidate and famous attorney were both huge names in America and the case attracted even more attention with their involvement.

For Scopes, the trial was less about proving evolution or disproving the Bible than about the government interfering with individual belief; as the defense council declared at his hearing “we regard it as equally un-American and therefore unconstitutional, whether it is kingly or ecclesiastical authority or legislative power that would attempt to limit the human mind in its enquiry after truth.” 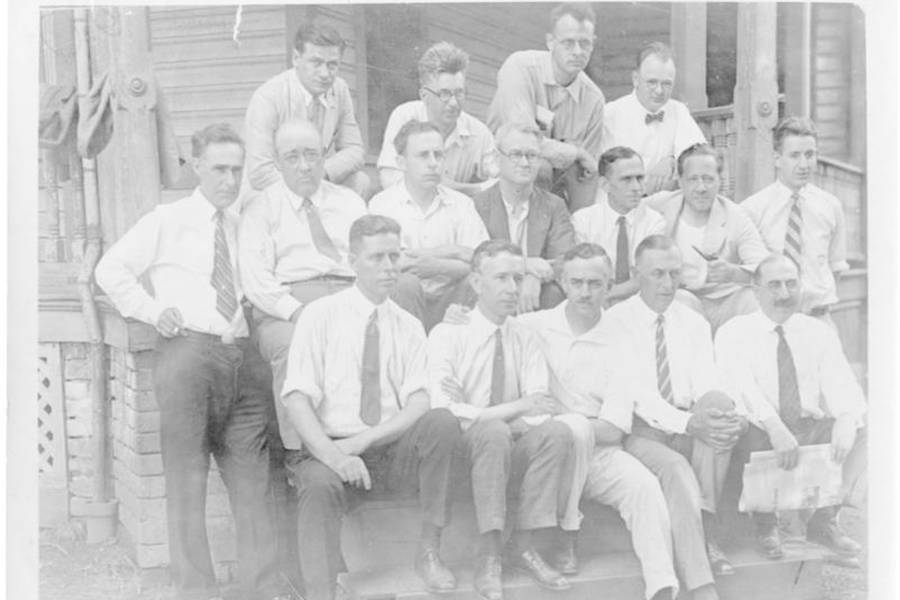 Flickr CommonsA group of lawyers, scientists, and supporters assembled during the Scopes trial.

The textbook Scope has used, “A Civic Biology” by George William Hunter, contains several theories that were quite fashionable at the time, although they might make a modern reader uncomfortable. In addition to the chart on evolution that Scopes supposedly showed his class, it also includes a graphic in the “eugenics” section showing how “feeble-mindedness” is passed down through families, noting that “if such people were lower animals, we would probably kill them off to prevent them from spreading” since such people are “true parasites” who “take from society, but give nothing in return.”

Far from being hounded by religious parents, Scopes encouraged students to testify against him before the grand jury (he needed their statements to ensure he would actually be charged, since the actual “teaching” he had done on the subject of evolution had been so little), and coached them on what to say. Despite this prepping, none of the children could say what an “anthropoid ape” was, although they enthusiastically recalled Scopes referring to “Tarzan the Ape.” 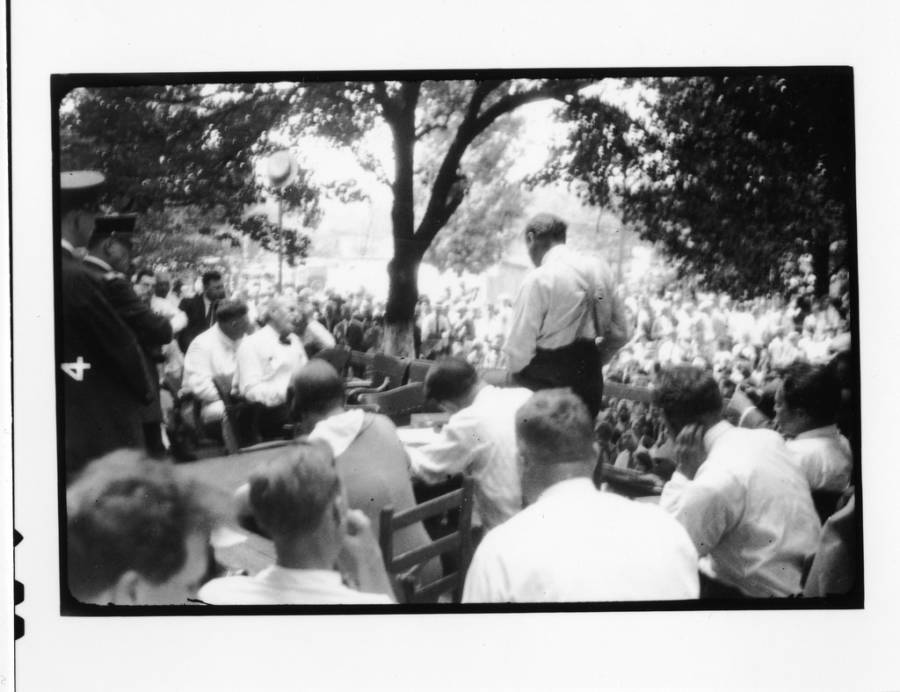 Flickr CommonsWilliam Jennings Bryan (seated at left) being interrogated by Clarence Darrow during the trial.

After a very showy trial (involving Bryans famously being called to the stand himself and questioned on his knowledge of the Bible), Scopes was found guilty and fined $100 dollars. The Tennessee Supreme Court later overturned the conviction due to a technicality, as well as the judiciary’s desire not to prolong the media circus.

Both sides claimed a victory, although the Butler Act was not repealed and the controversy has not died down to this day, with an interesting twist:  2005’s Kitzmiller v. Dover Area School District saw teaching intelligent design in the classroom being challenged in the courts.

Next, check out these facts about Charles Darwin, the man behind the theory of evolution. Then, take a look at these crazy science fair projects.