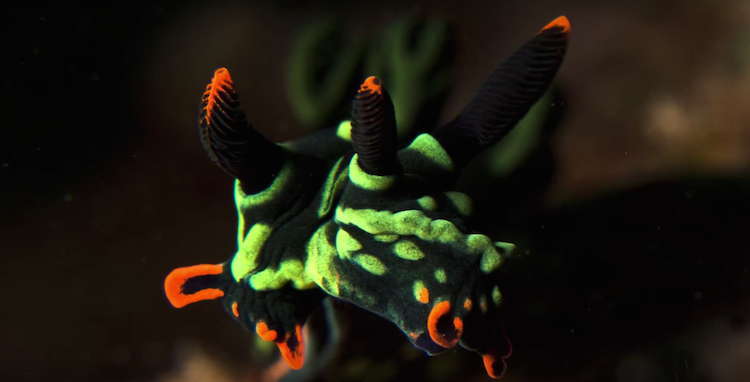 No, you’re not seeing double. This neon green-and-orange sea slug really does have two heads.

Divers working on a documentary about Borneo caught this two-faced nudibranch in action, according to recent reports. While no one understands the exact cause of its deformity, the truth is that even with two heads, this slug is far from the strangest nudibranch in the sea.

If you hear the word “nudibranch” and think “naked,” you’re not immature – the word has Latin and Greek roots and roughly translates as “naked gill,” since many species, like this bright pink Tritoniopsis elegans, display beautiful, feathery gills on their backs. 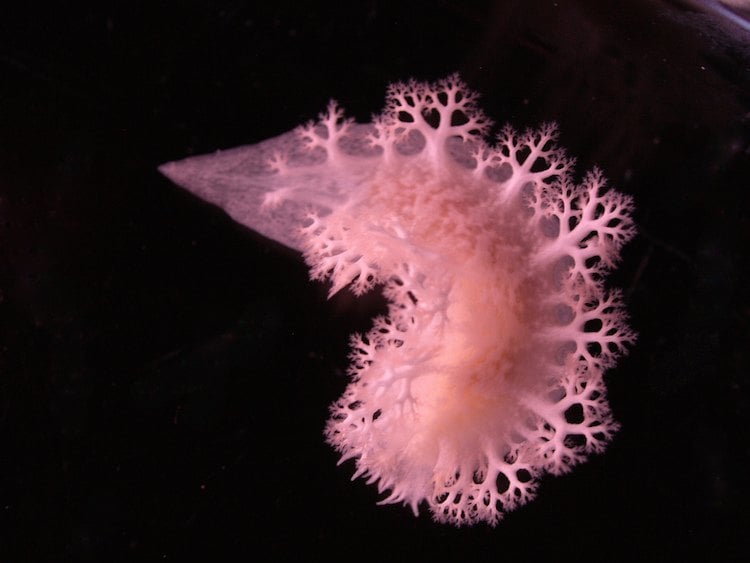 Nudibranch sea slugs have the same squishy, elongated body as your standard garden-variety beast, and most are actual mollusks, cousins to snails and land slugs. However, nudibranch sea slugs offer more biological – and visual – intrigue than the creatures you’ll find in your grandma’s garden.

For instance, nudibranch appendages often evoke other creatures – even people. Such was the case with a recently discovered sea slug dubbed Tritonia khaleesi. Yes, scientists determined that the appearance of this half-inch-long, spindly and pale slug was similar enough to Game of Thrones’ Daenerys Targaryen (more specifically, the Mother of Dragons’ long, blonde braids) that they could name it after her. 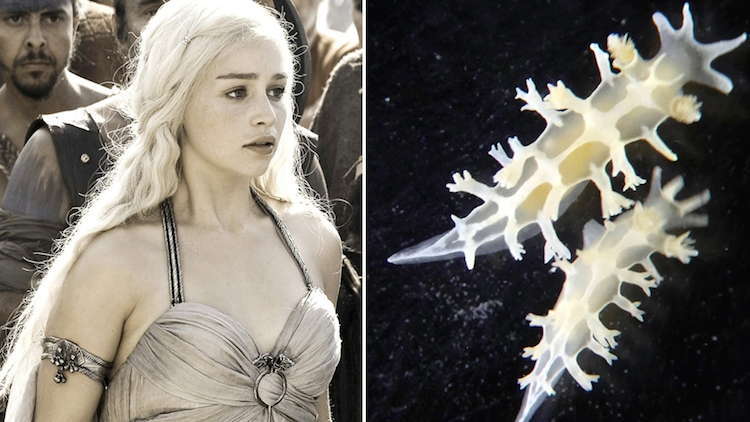 Like Khaleesi herself, nudibranchs are more than a pretty face. One species, Glaucus atlanticus (a.k.a. the blue dragon), cruises the ocean like a blue dragon: its prey includes the Portuguese man o’ war, a jellyfish-like creature whose stings are so painful that it earned the nickname “floating terror.”

Not only is this nimble nudibranch immune to the man o’ war’s brutal sting, it actually devours the man o’ war, stingers and all. Glaucus atlanticus and its smaller relative Glaucus marginatus (seen below, wriggling harmlessly) can actually incorporate poison from the man o’ war’s nematocysts into their own bodies. By stealing toxins from other animals, they beef up their own defense, and can even inflict painful stings on humans.

The blue dragons aren’t the only sea slugs to take survival cues from their food. Don’t worry, though: this adorable “leaf sheep,” also known as Costasiella kuroshimae, won’t sting you. Like sheep on a hill, this little guy grazes on underwater plants. Unlike land sheep, however, this slug is able to swipe the chloroplasts from algae it consumes. Some evidence suggests that it might even be able to photosynthesize when times get tough. 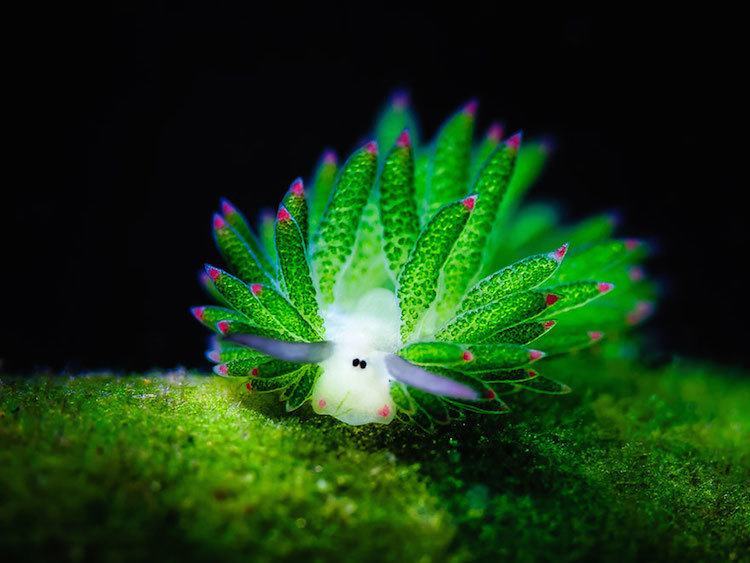 For all their beauty and variety (and they sure are various – this spring alone researchers at the California Academy of Sciences discovered more than 40 new varieties of nudibranchs during a single expedition to the Philippines) nudibranchs have much to teach us. In California, they have been called a “canary in the tide pool” as warm-water species drift north in response to climate change.

They may be small and slimy, but the nudibranch can clue us into much bigger things going on in our world. Plus, unlike the insidious garden pest to which it bears a superficial resemblance, the nudibranch fares much better in salt water.