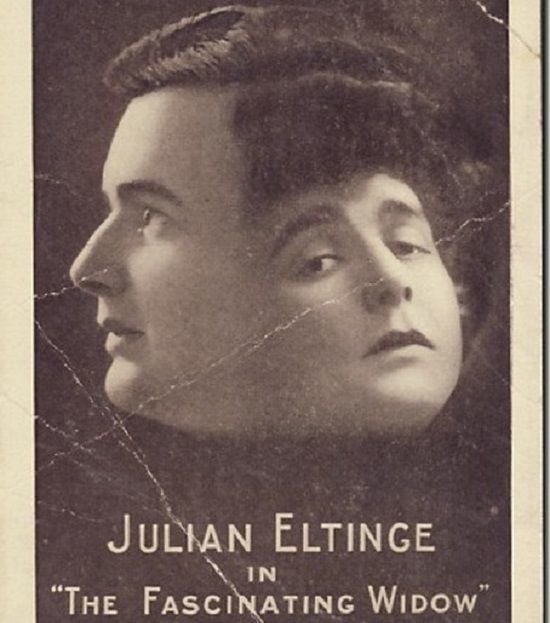 Before RuPaul entered and expanded our understanding of the mainstream, just a handful of famous drag queens–such as Danny La Rue, Divine, and Doris Fish–managed to capture the attention of the public. For the most part, the art of drag performance had been kept to nightclubs and small stages. 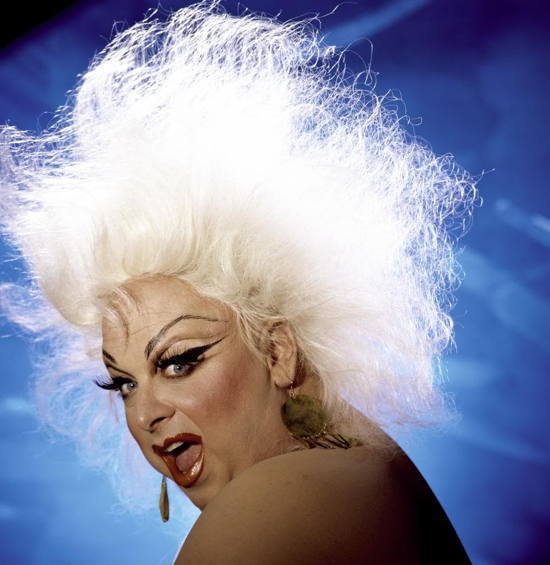 In the theater world, female impersonation has existed for centuries–but not out of any desire to expand what it means to be a woman. Most women were not allowed to perform on stage before the 18th century, but that didn’t mean that playwrights stopped creating female characters. From Japanese Kabuki performances to the dramas of ancient Greece, men have been dressing in women’s garb long before the term “drag” ever existed. 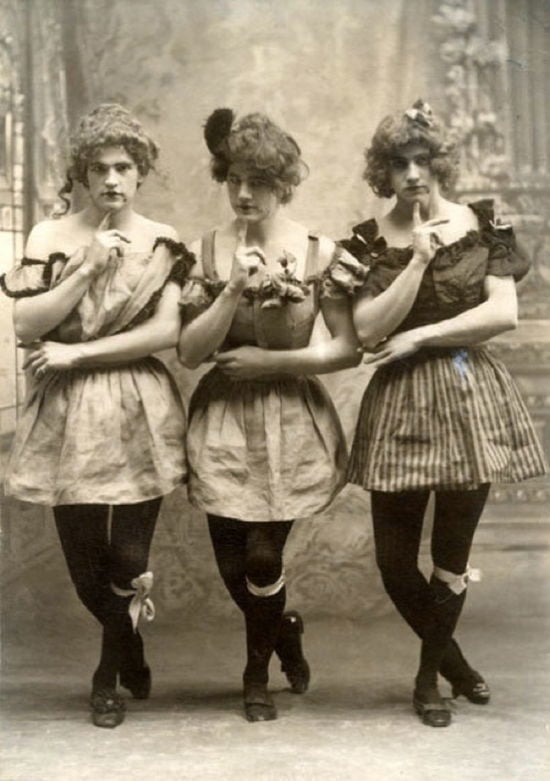 In the latter half of the 19th century, the men who played female roles would often note that the long, heavy skirts they wore would drag across the stage floor. The term stuck, and “drag” soon became both an adjective and a noun describing men who wore women’s clothing.

In the late 19th and early 20th centuries, drag performances remained mostly underground. In theater, men who performed as women were doing so simply to fill the role. In drag performances, men dressed in “drag” to emulate and caricature famous women, usually for comedic effect. Traveling vaudeville acts featured many female impersonators whose comedic performances earned them some fame within the burgeoning scene. Some of the most fascinating, and largely forgotten, famous drag queens of these early years include… 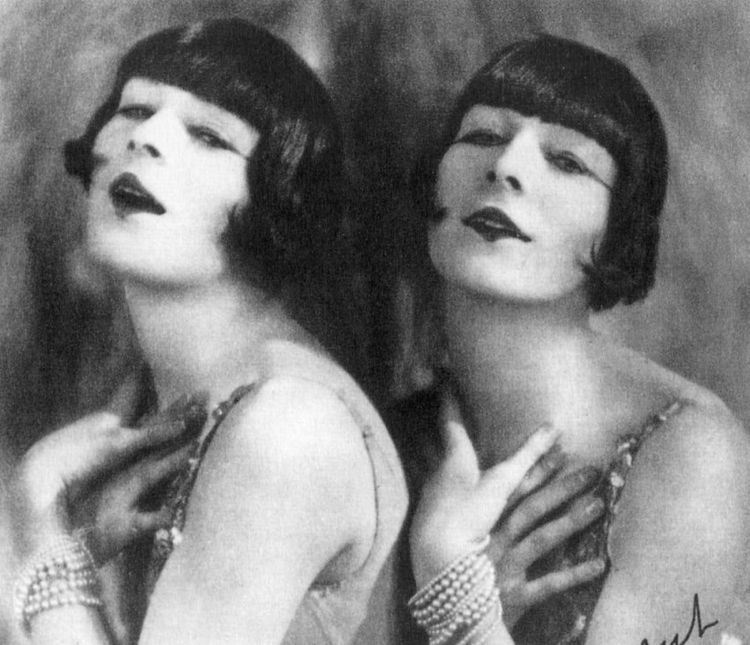 Two handsome Norwegian brothers gained notoriety in 1920s Paris for their talent as jazz dancers and their spot-on impersonation of the Dolly Sisters, famous Hungarian-American twin actresses. The Rocky Twins, Leif and Paal Roschberg, made their debut performance as The Dolly Sisters in 1928 in the Casino de Paris show Les Ailes de Paris. The Dolly Sisters had recently retired from the stage, and it was a combination of perfect timing and perfect talent that got The Rocky Twins noticed.

They were an instant hit. Soon after, they starred in the big-budget French film, L’Argent. The two also continued their journey as famous drag queens at venues like the Kit Kat Club, making a name for themselves all over Europe. 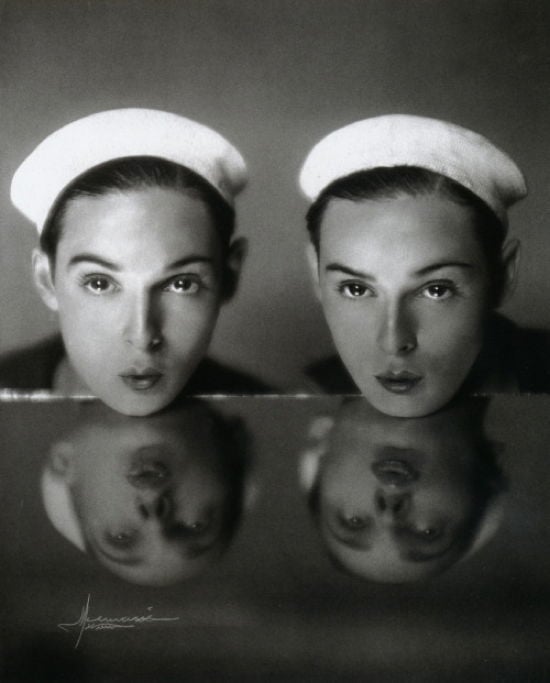 Eventually, by the early 1930s, the pair made their way to America, where they became a beloved drag act at the Ship Café in Venice Beach, California. Their handsome and beautiful features caught the eye of film director Edmund Goulding. In 1932, Goulding cast the twins in Blondie of the Follies and subsequently, the charming duo became regulars in the lavish Hollywood party scene. It was during these extravagant parties that the twins often made important connections.

In the midst of performing at private parties and night clubs, the pair earned a spot in multiple stage acts such as Leonard Sillman’s Lo and Behold and a ballet rendition of Oscar Wilde’s The Picture of Dorian Gray. The Rocky Twins continued to be among the world’s most famous drag queens through to 1937, when the pair split up. 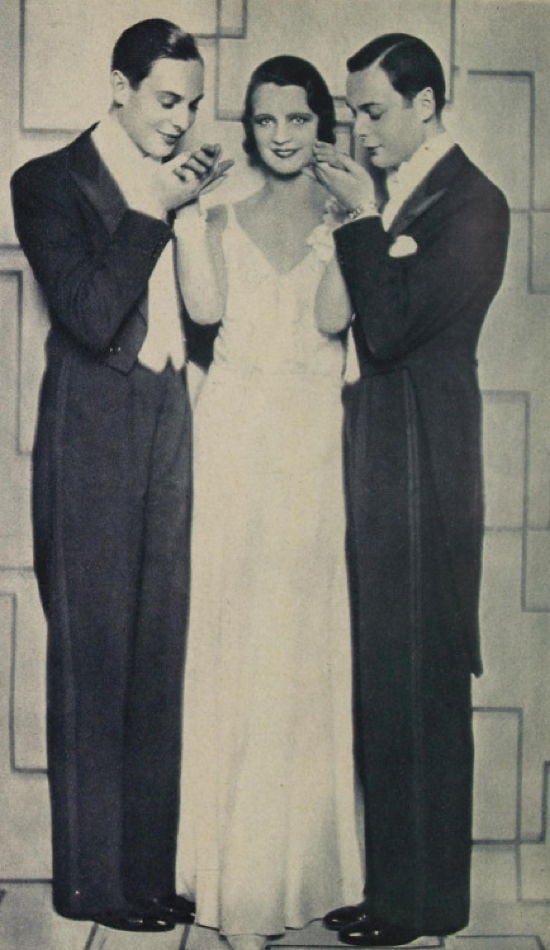