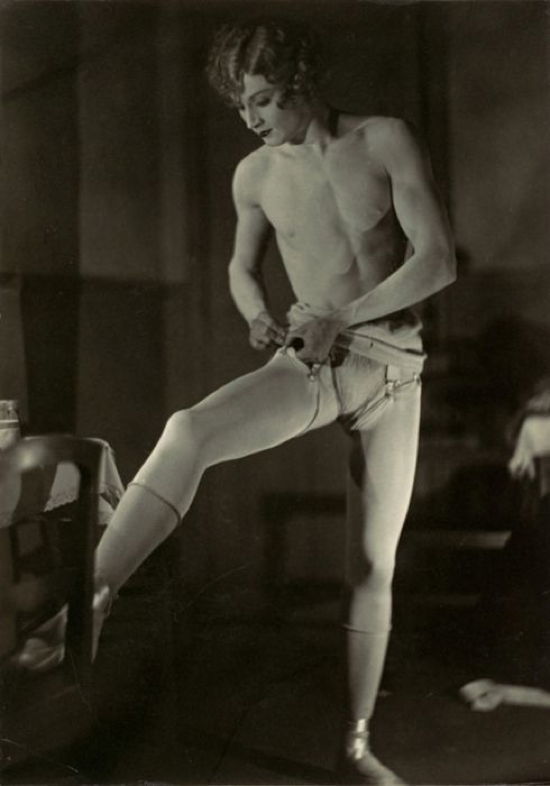 Born as Vander Clyde (some say Vander Clyde Broadway) in Texas in 1899 (some say 1904 or 1898), Barbette’s origins are clouded with mystery. Whatever his origins, Barbette won substantial acclaim as one of Europe’s most famous drag queens, truly taking the spotlight in Paris.

Clyde embarked on his career when he answered a want ad for a replacement aerialist for The Alfaretta Sisters. The other sister had passed away, and upon being hired, both Clyde and the surviving sister decided that the drama of trapeze art dwelled in the female performance. Clyde had agreed to dress as a woman, and from that day forward, his iconic drag performances took his aerialist career to new heights. 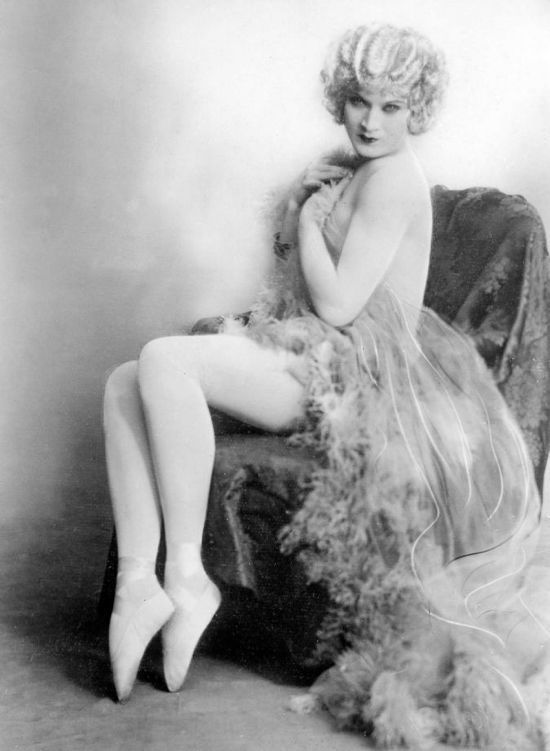 After Clyde’s time as an Alfaretta sister, he refined his solo act and made his way into vaudeville performance. He first revealed himself as Barbette at the Harlem Opera House in 1919. His womanly appearance and precise movements allowed him to perform his trapeze stunts with graceful femininity. At the end of his act, he revealed himself as a man, pulling his wig off and flexing his muscles in a variety of masculine poses. The dramatic reveal made Barbette a must-see character, paving the way for his future career and quickly making him one of the world’s most famous drag queens.

Barbette’s unique performances gained him notoriety throughout Europe. He performed at venues such as Casino de Paris, Moulin Rouge, and Folies Bergere, among others, including an international tour with the Ringling Bros. and Barnum & Bailey Circus. Barbette’s career thrived up until the late 1930s, when he fell ill with a severe case of pneumonia that had been left untreated (some say it was polio). The disease weakened his joints and left him nearly crippled, ending his aerial performances. He continued to work as a trainer and director for aerial performers, but the chronic pain was too hard to bear. He committed suicide in 1973. 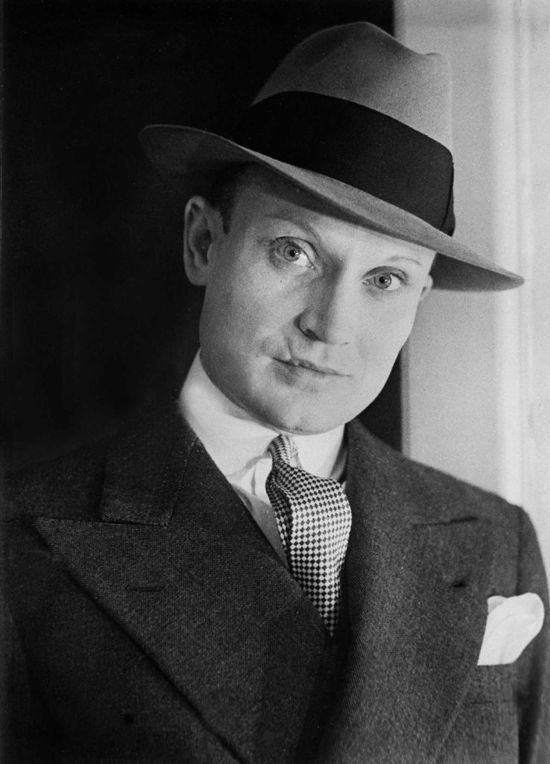