This disturbing sea turtle mouth video will take you inside the surprisingly scary mouth of one of the ocean's most beloved creatures.

Have you ever seen the inside of a sea turtle’s mouth?

From laidback surfers Crush and Squirt in Finding Nemo to real-life specimens that help attract millions to zoos and aquariums every year, sea turtles are beloved the world over.

What most people don’t know is that their mouths are nightmarish tunnels of sinister spines that would look more at home between the jaws of the giant sandworms from Dune.

Why do the mouths of creatures so lovable look so horrifying?

They have a pretty good reason — and it’s not because they need to tenderize their fishy prey.

Why Are Sea Turtle Mouths So Weird? 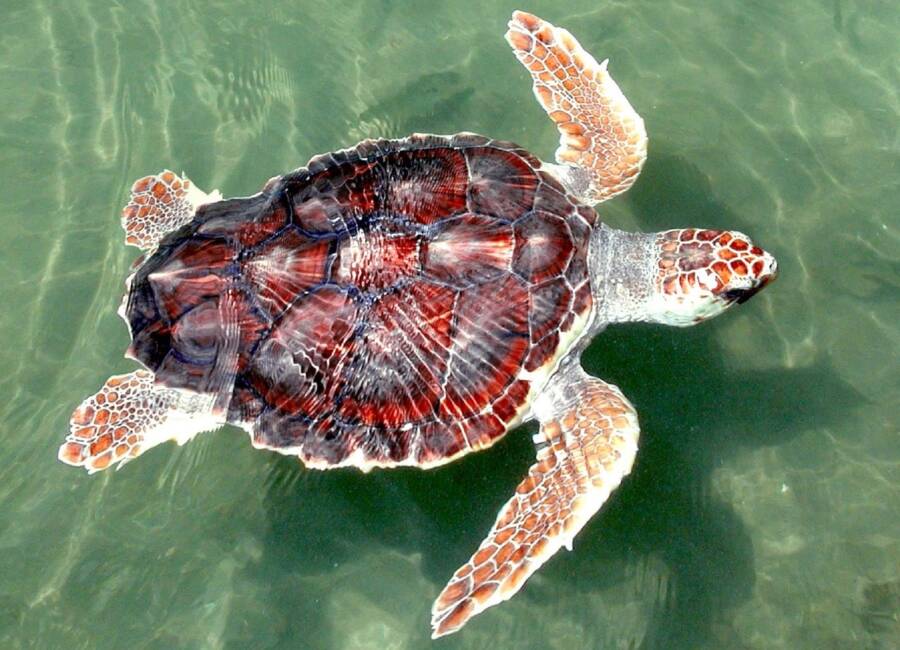 The spikes, found in sea turtle species like leatherbacks, loggerheads, and green sea turtles, are called papillae, and though they’re as sharp as they look, they’re not teeth.

Their primary purpose is to move food from the turtle’s mouth through its digestive system — which means that thresher-like tract extends all the way through a leatherback turtle’s esophagus, past its stomach, and to its rear. In a fully mature leatherback, one of the world’s largest turtle species, that’s eight whole feet of slimy skewers to contend with.

Why the spines? Land turtles, after all, don’t have an armory in their throats; they’re able to use esophageal muscles to move their food, just like humans do. 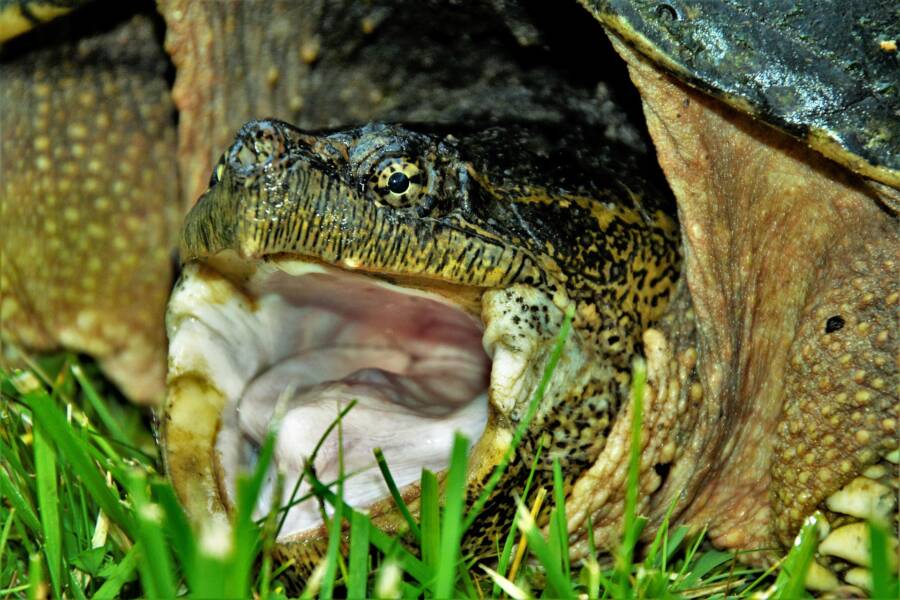 PixabayThe mouth of a snapping turtle — a land turtle who doesn’t need the papillae that line many sea turtles’ throats.

The trouble is that sea turtles don’t have the luxury of swallowing their food on dry land. Every time a sea turtle opens its mouth, water gushes in — and pours out, carrying any loose debris with it, including the sea turtle’s last meal.

Or it would, if the food weren’t tucked safely between the sharp papillae, slowly moving deeper and deeper into the turtle’s digestive system.

The spines inside a sea turtle’s mouth also protect it from dangerous prey; jellyfish are the leatherback’s favorite snack, and it’s imperative that the turtle’s insides are shielded from stings by the hard spikes.

So once jellyfish, crustaceans, and sea grasses go in, they don’t come back out. That is, not unless the turtle ends up on the operating table. 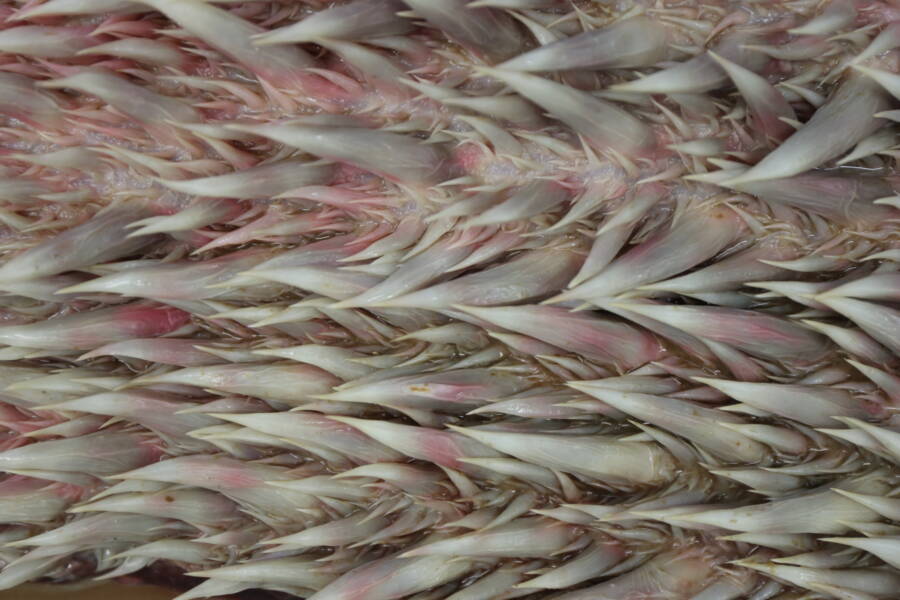 The hard papillae that line a leatherback sea turtle’s esophagus, as pictured during a necropsy.

Laura Castanon, a scientist at the Woods Hole Oceanographic Institute (WHOI), took the above video during a post-mortem examination of a loggerhead sea turtle, a big-headed, hard-shelled species that typically reaches two to three feet in length.

Castanon was investigating how low temperatures affect the loggerhead’s internal organs, but the WHOI’s turtle dissections — a weekly occurrence — attract a range of curious scientists and undergrads, and not just because of the sea turtles’ unusual mouths.

Their subjects are sea turtles who didn’t make it, despite the best efforts of the volunteers who regularly comb winter Massachusetts beaches in search of cold-stunned creatures. Cape Cod typically sees around 600 stranded turtles every year, a result of the migrating turtles’ difficulty navigating the inlet. 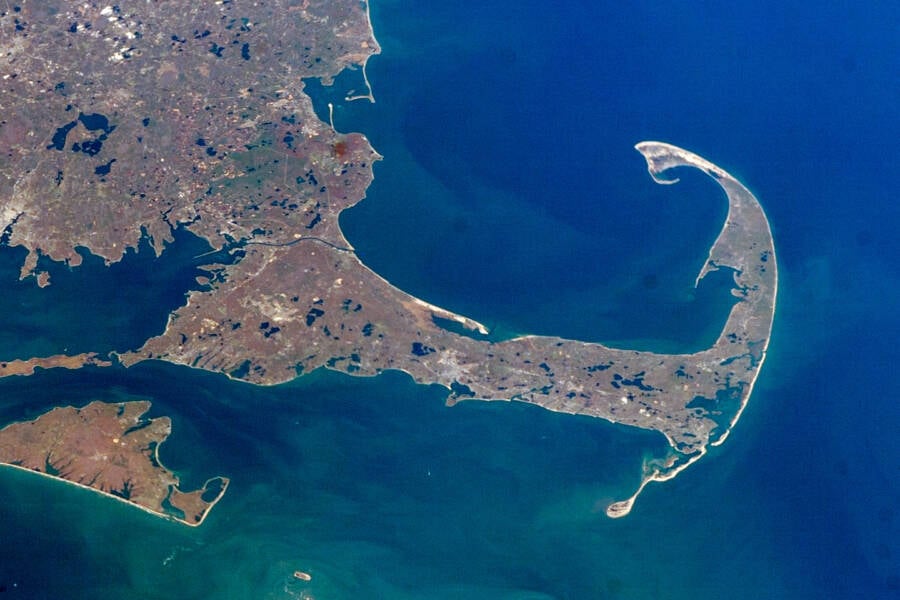 Instead of continuing south to warmer waters, the sea turtles get confused while circumnavigating the bay and come to rest instead in brutally cold Atlantic currents. Their systems shut down as they’re forced to the shore — where volunteers are ready to perform turtle triage.

Many turtles are successfully revived, rehabilitated, and released after a spell in the warm waters of the nearby New England Aquarium.

But where rescuers fail, science steps in to learn what it can from the bodies — always hoping that the turtle necropsies will lead to better information about the threats endangered sea turtles face. 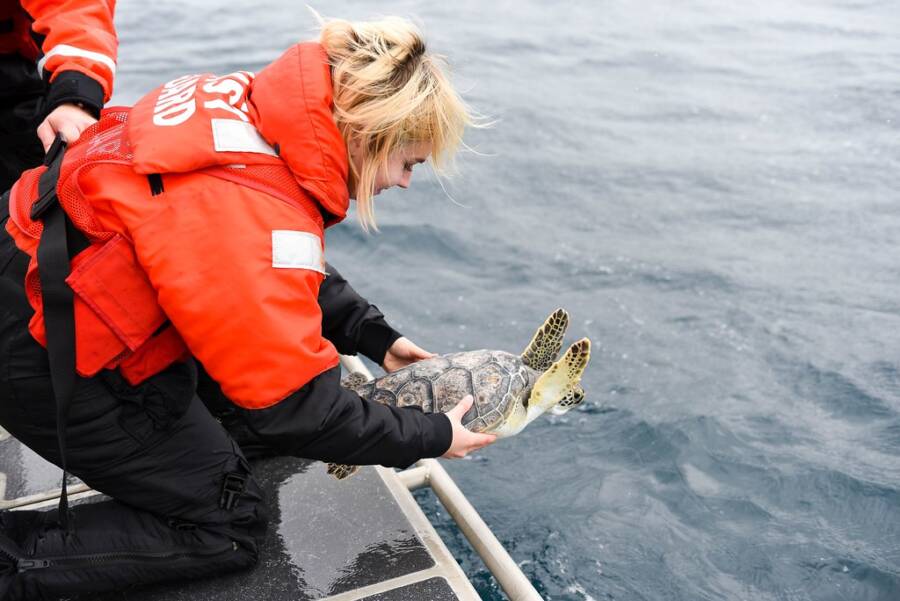 The sea turtles’ spiny digestive tracts tell a sad story. In between shreds of sea plants, pieces of jellyfish, and snail bits are plastic fragments: torn balloons, the bands from commercial lobster claws, and scraps of shopping bags.

The dissection teams at WHOI know what’s really scary about the mouths of sea turtles: the evidence they contain of an increasingly plastic ocean — a danger to sea life everywhere.

For more interesting turtles, check out the rare albino sea turtle recently found on a beach in Australia. Then read up on the sea turtle that swallowed 1,000 coins.