The Squamish Nation expects that Senakw will provide a revenue of up to $10 billion and provide housing for Indigenous Canadians. 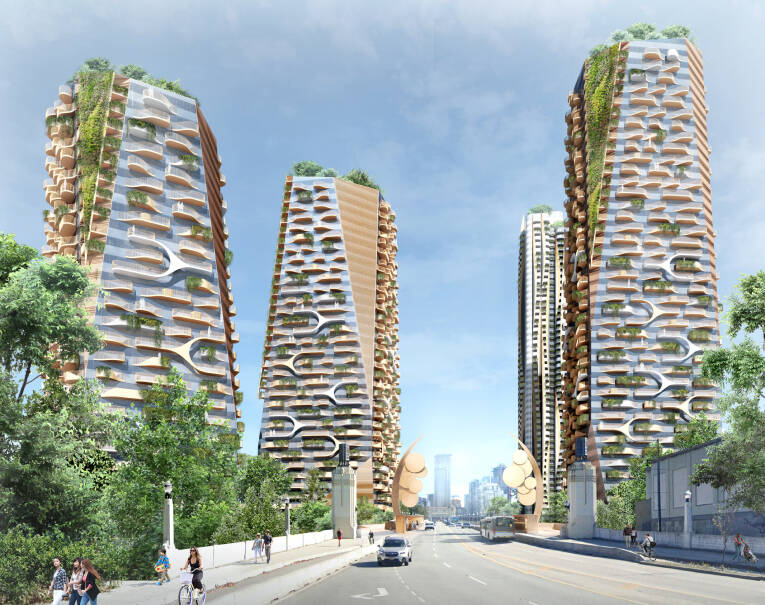 Revery ArchitectureA drawing of what the Senakw development will look like.

In 1913, members of the Squamish Nation were forcibly removed from Senakw, a village in present-day Vancouver, Canada. Now, having won the land back, they plan to build an ambitious 11-tower development named for their lost village.

“We want to bring our people back home to that part of our territory,” explained Khelsilem, a Squamish Nation councilor.

The Senakw development, projected to include 6,000 housing units and housing for up to 10,000, will soon rise from the unused land around Vancouver’s Burrard Street Bridge. Its 11 towers will range from 17 stories to a whopping 59, and will include nods to Indigenous culture.

Some buildings, for example, are designed like “mountains”; others are inspired by Indigenous longhouses.

“We were inspired by the traditional villages of the Squamish Nation, their deep embrace of nature—the mountains, forest and water, their carving and weaving traditions, and cultural connection with salmon,” explained Venelin Kokalov, the design principal at Revery Architecture, who came up with the plans. 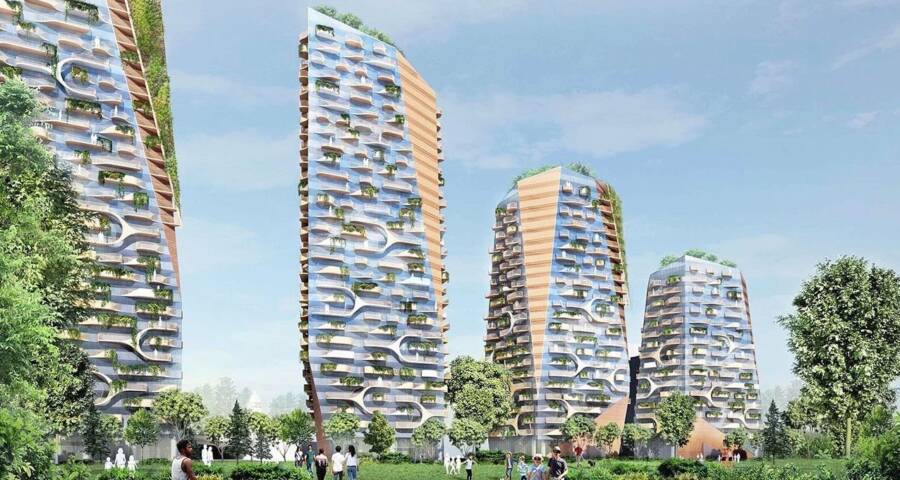 Revery ArchitectureThe buildings will include 6,000 housing units, with many set aside for Indigenous people.

The development is unique in a number of other ways as well. For one, Senakw will be extremely dense — more like Hong Kong than Vancouver — and will include a number of towering buildings. Its highest projected building, at 59 stories, would be the third-tallest building in Vancouver.

All of this is by design. Kokalov envisions a “village in the park” and noted that Revery Architecture came up with a plan that “invited [nature] into our site.” Indeed, the towers will only take up 15 percent of the land. The rest will be green space.

In an attempt to discourage car use, the development will also include far fewer parking spaces than most Vancouver buildings. Instead of parking garages, it will offer biking garages. 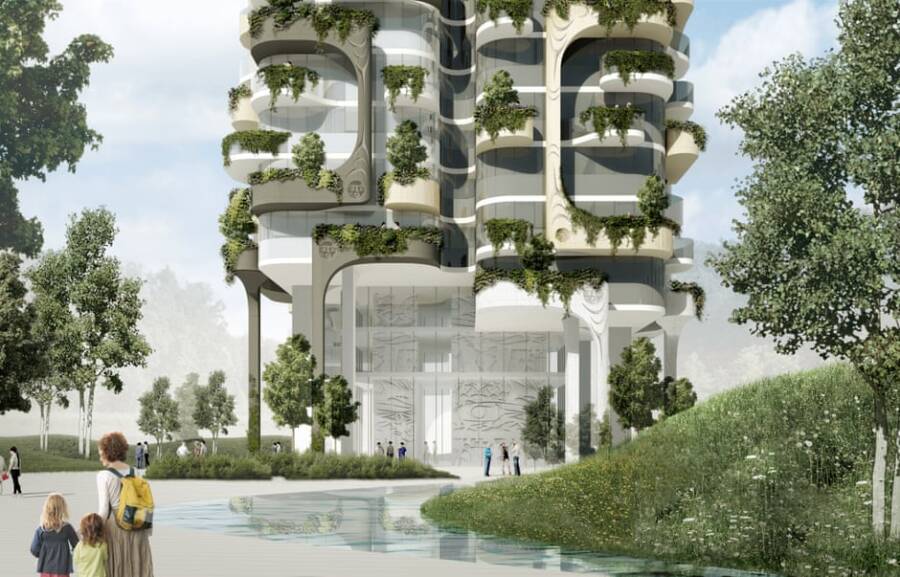 Revery ArchitectureSenakw’s design principal envisions it as a “village” filled with greenery.

Senakw stands apart in other ways as well. Very few First Nation tribes own land in urban areas like Vancouver. Most of them are in more rural parts of the country.

“If you look at where reserves have been placed in this country, they’re largely on the outskirts,” explained Ginger Gosnell-Myers, Vancouver’s first Indigenous Relations Manager, who served from 2013 to 2018.

“That’s by design … we’re looking at a deliberate history of exclusion.”

Indeed, the history at the heart of Senakw is a painful one. The Squamish Nation owned the land for generations and benefited from its abundance of fish, elk, deer, salmon, and other wild animals.

But as the city of Vancouver grew, its residents increasingly pushed onto tribal land. In 1913, Vancouver’s premier Richard McBride ordered the 150 people living in Senakw to vacate the village. They were given two days to gather their belongings and board a barge that took them north.

Then, Vancouver officials razed what remained of the village. 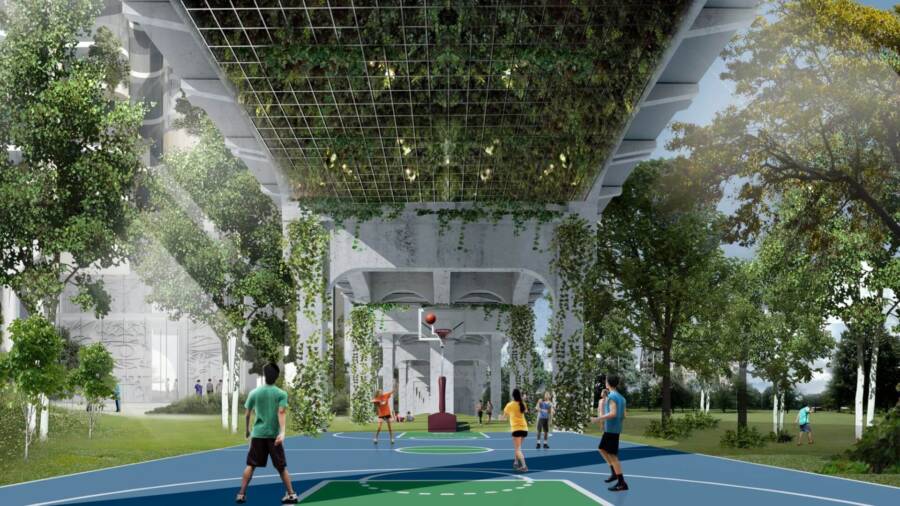 Revery ArchitectureHow the Burrard Street Bridge may be repurposed.

In the aftermath, the Canadian Pacific Railway (CPR) set up a terminus at the former site of Senakw. But when CPR tried to sell the land in 1989, the Squamish people argued that they should get the land back. After a lengthy legal battle, they succeeded in doing so.

“This is our jewel of developable land and we’re only going to get one chance in the next 100 years to develop it,” noted Khelsilem.

To criticism from Vancouver locals who wanted to be consulted about the project, one tribal member noted, the Squamish Nation was “never consulted and we still are not.”

Although the development is expected to raise billions of dollars in revenue for the Squamish, the significance of reclaiming the land goes much deeper. On the development website, it’s noted that “Senakw represents an opportunity to heal.”

After all, Senakw is more than the name of the lost village. It also means, “The start of something beautiful; respect for nature, for indigenous peoples, for healing, and for a new path forward.”

After reading about the Senakw development in Vancouver, discover the tragic history of the Native American genocide. Then look through these beautiful and startling Native American portraits by Edward S. Curtis.