2,400-Year-Old Shipwreck Believed To Be The World’s Oldest Was Just Discovered Intact At The Bottom Of The Black Sea

Evidence of a similar vessel appears on an ancient Greek vase featuring the infamous Homeric character, Odysseus, tied to its mass. 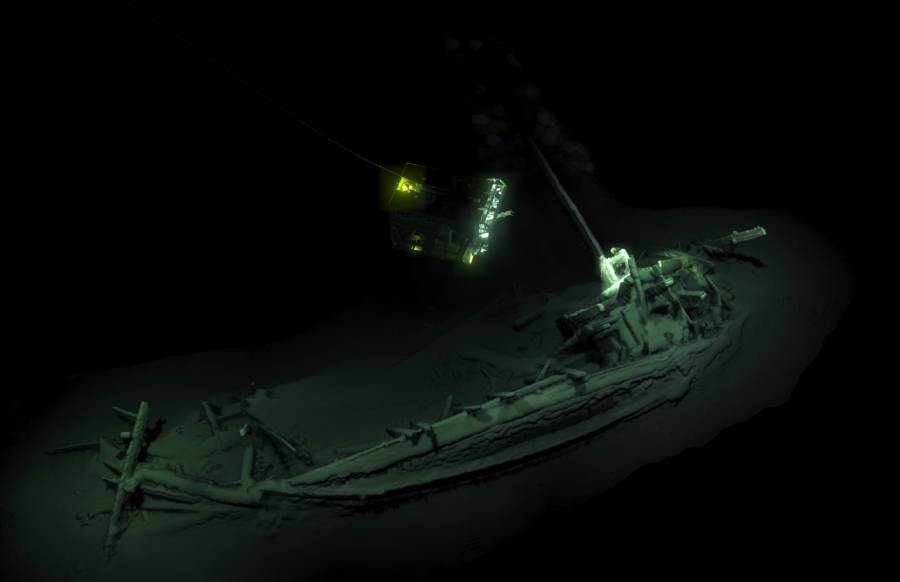 AFP PHOTO/Black Sea MAP/EEF ExpeditionsEnhanced 3D imaging of the remains of the 2,400-year-old shipwreck at the bottom of the Black Sea.

A team of European researchers has found a treasure trove of ancient shipwrecks at the bottom of the Black Sea, and one of them is now believed to be the world’s oldest intact shipwreck.

The 75-foot-long, almost completely preserved shipwreck was discovered 1.2 miles below the surface of the Black Sea. Researchers posit that it has laid there untouched for over 2,400 years.

The ship was discovered by a team of researchers with the Black Sea Maritime Archaeology Project as a part of their three-year-long mission to survey the floor of the Black Sea and garner information about prehistoric sea level changes.

“It’s like another world,” Helen Farr, a researcher on the expedition, reported. “It’s when the ROV [remote operated vehicle] drops down through the water column and you see this ship appear in the light at the bottom so perfectly preserved it feels like you step back in time.”

The team credits the incredible condition of the ship to the anoxic waters of the Black Sea — which is water that is oxygen-free. The ship is so deep underwater that the oxygen levels are too low to sustain any marine life so no animals have disturbed it either and the ship is at a depth too deep to come in regular contact with divers.

After more than two millennia at rest at the bottom of the Black Sea, the ship’s rudder, rowing benches, and the contents inside its hold all remain in place.

“A ship surviving intact from the classical world, lying in over 2km of water, is something that I would have never believed possible,” Professor Jon Adams, the principal investigator with the project, said in a statement. “This will change our understanding of shipbuilding and seafaring in the ancient world.”

The researchers believe that the ship belonged to the ancient Greeks and was used as a trading vessel. However, this type of vessel is unique and has only been seen before “on the side of ancient Greek pottery such as the ‘Siren Vase’ in the British Museum,” according to the researchers. 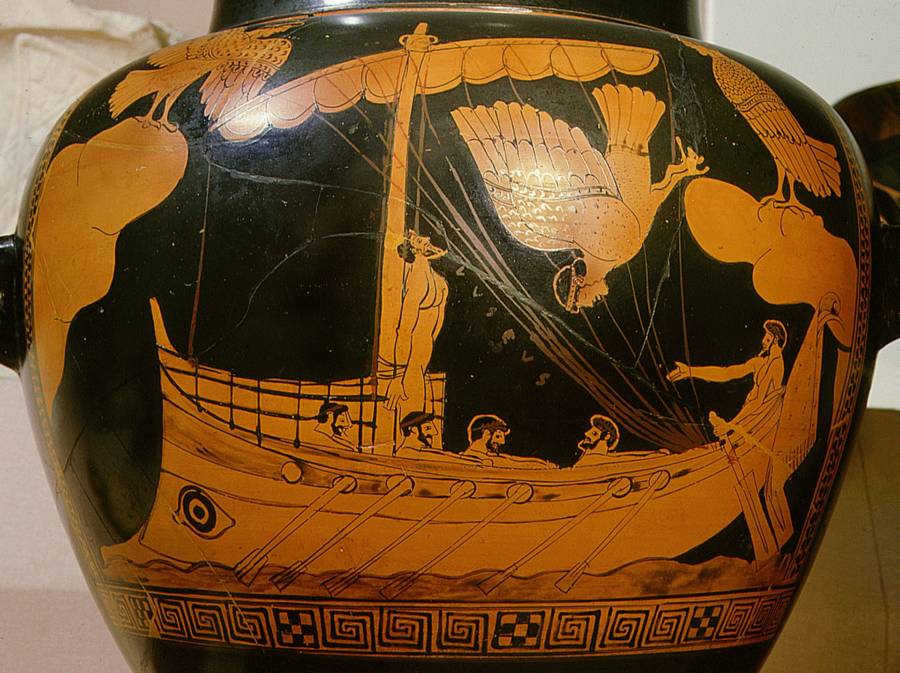 The Siren Vase’s origins can be traced back to 480 BC and it depicts legendary Homer character Odysseus bound to the mast of his ship in order to stop himself from falling victim to the men-killing songs of the three mythical Sirens that surround him. The ship is eerily similar to that found at the bottom of the Black Sea.

The team plans to leave the ship undisturbed in its final resting place but did remove a small piece of it so that they can carbon-date the ship’s exact age.

While it is considered the oldest intact shipwreck, the find is but one of dozens of prehistoric ruins the team has found at the bottom of the Black Sea. Their finds range from a “17th century Cossack raiding fleet, through Roman trading vessels, complete with amphorae, to a complete ship from the classical period.”

The landlocked Black Sea has been a passageway for ships and sailors for thousands of years, and one can only wonder what other treasures remain undiscovered beneath its surface.