The poachers claim that Rafiki charged on them, so they were forced to kill the endangered animal in self-defense. 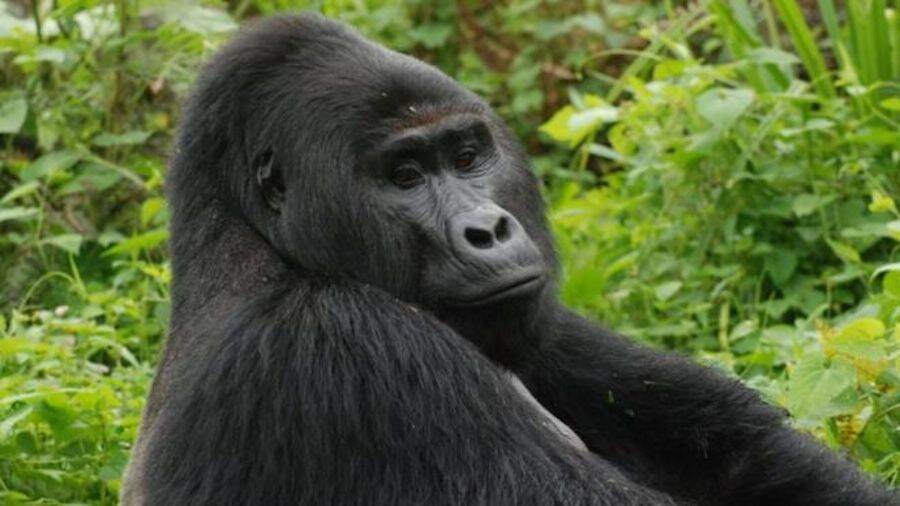 Uganda Wildlife AuthorityRafiki was 25 years old when he was speared to death in an alleged act of self-defense.

Wildlife officials have arrested four people over the alleged poaching of Rafiki, a famous and rare silverback gorilla who lived in Uganda’s Bwindi Impenetrable National Park. A revered member of the Nkuringo gorilla group, Rafiki went missing on June 1 — and was found dead in the Hakato area the next day.

According to IFL Science, a post-mortem of the beloved animal, whose name means “friend” in Swahili, found he had “sustained an injury by a sharp device/object” that penetrated his internal organs through the abdomen.

It didn’t take long for authorities to catch a break in cracking this case. According to CNN, police found several hunting devices and bush pig meat in a man’s home on June 4 and promptly arrested him as a suspect.

Not only did he reveal the name of his accomplices — but he confessed to killing Rafiki. 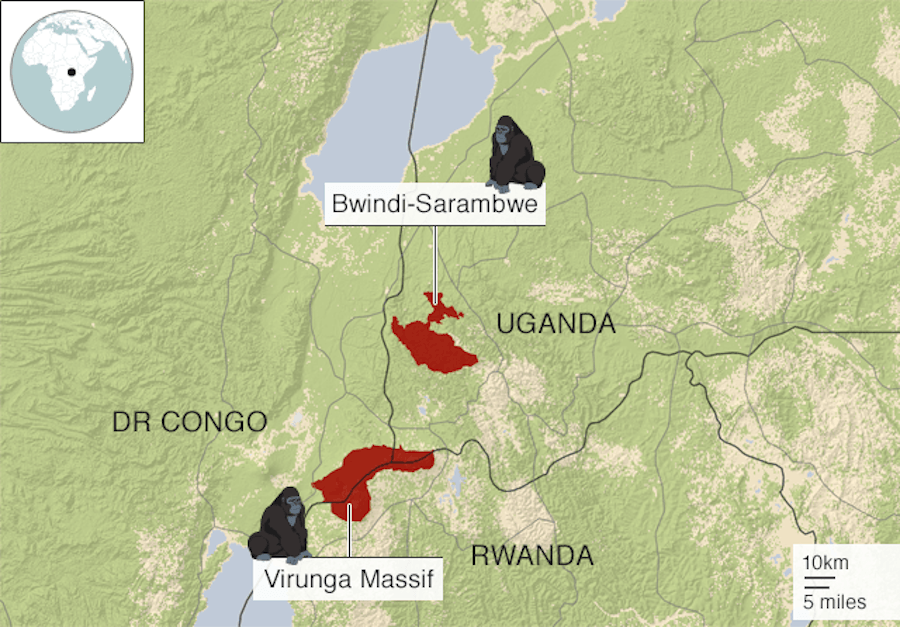 IUCN Red ListThere are only about 600 mature mountain gorillas in Rwanda, Uganda, and the Democratic Republic of the Congo. The southern section of Bwindi Impenetrable National Park is home to half the world’s population.

Byamukama Felix said the killing was entirely done in self-defense. According to a press release from the Uganda Wildlife Authority, he did admit that he and his colleagues illegally entered the park to hunt. Stabbing Rafiki to death, however, was wholly unplanned.

While wandering the lush landscape of Bwindi Impenetrable, the four men stumbled upon a group of gorillas. Suddenly, an enormous silverback charged at them — leaving the men with no other option but to spear it. Naturally, none of this would’ve happened had the men not illegally entered the park.

The suspects presumably caught wild pig that day, as Felix said he shared bush pig meat with his fellow poachers after surviving Rafiki’s alleged attack. Authorities found a rather professional array of hunting tools at Felix’s home, including rope and wire snares, a dog hunting bell, and a spear.

According to the New York Times, the men face charges ranging from possession of wildlife specimens to illegal entry into a protected area and killing an endangered species, which can carry a life sentence. 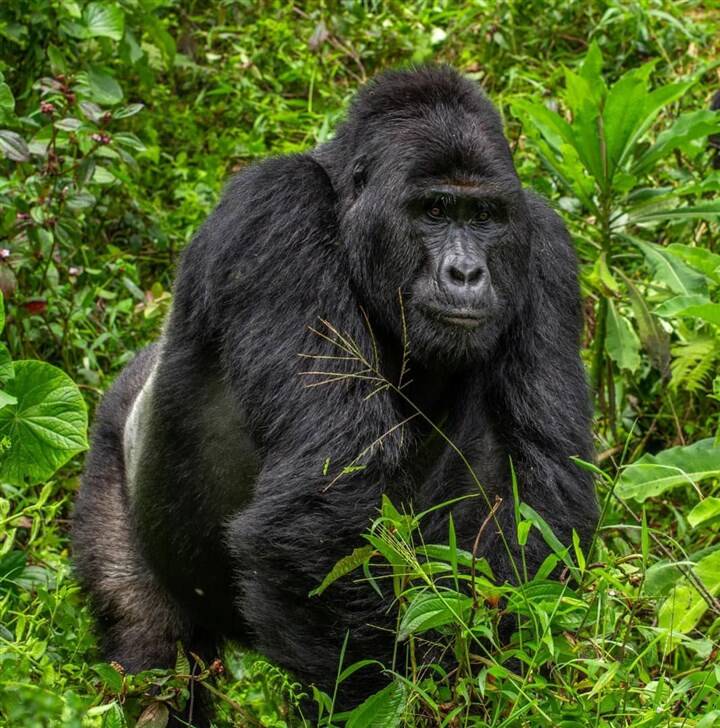 According to Gorilla Tracking Africa, Nkuringo is the first gorilla group to have been habituated in this southern section of Bwindi Impenetrable, meaning that they are used to the presence of humans. The Uganda Wildlife Authority has been monitoring this pack since 2004, with the group named after its founding alpha, Nkuringo (or “Round Hill”), Rafiki’s father.

Mountain gorillas such as Nkuringo and Rafiki live at altitudes between 8,000 and 13,000 feet. For those dwelling in Africa, the continent’s civil unrest across decades has put their survival at risk.

From habitat loss and disease to exorbitant poaching, the species continues to be threatened by humans.

The International Union for the Conservation of Nature officially considers gorillas to be endangered. While populations are increasing, overall, there are only around 600 mature gorillas in Rwanda, Uganda, and the Democratic Republic of the Congo.

Samuel Mwandha of the Uganda Wildlife Authority speaks on the precarious habituation of the Nkuringo group.

“The death of Rafiki leaves the group unstable and there is the possibility that it could disintegrate,” Bashir Hangi of the Uganda Wildlife Authority told the BBC. “It has no leadership at this time and could be taken over by a wild silverback.”

Unfortunately, if that were to happen — the Nkuringo group would transition out of habituation and adamantly stay clear of human contact. This would naturally affect tourism to the park.

Until Rafiki was killed, the Nkuringo group had 17 members. The youngest are between eight and 12 years old. Hopefully, this tragic incident that took the beloved 25-year-old gorilla’s life will lead to more stringent precautions and help protect the group’s remaining 16 members.

After learning about four poachers being arrested in the connection to the killing of Rafiki, Uganda’s famous silverback gorilla, read about lions killing and eating a suspected poacher — leaving only his head. Then, learn about the robotic gorilla who filmed a group of wild gorillas singing for the first time.